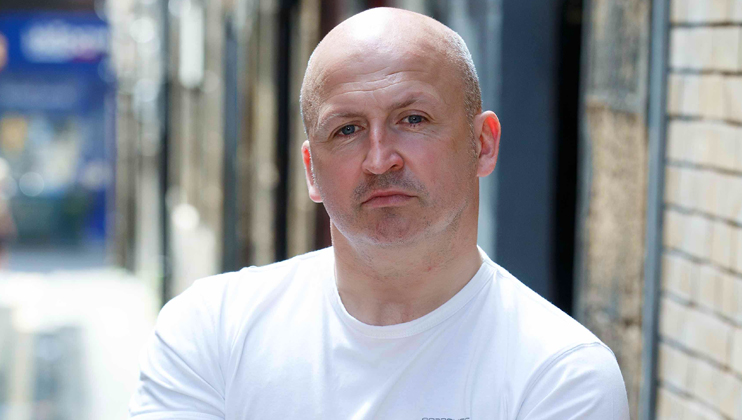 Having been diagnosed with the most aggressive form of Motor Neurone Disease a couple of days after his 42nd birthday, Scottish firefighter Brian MacDonald is learning to accept that it’s okay to just be okay... with a little help from The Fire Fighters Charity.

A year and a half ago, Scottish firefighter Brian MacDonald from Glasgow noticed he was struggling to lift his left arm while in the shower. Thinking he had done something to his shoulder, he contacted his GP who referred him to a specialist. While waiting for his appointment, he realised his range of movement was getting worse, struggling to open the door to get on the fire appliance. A Watch Manager saw him having difficulty, and encouraged him to book sick leave. 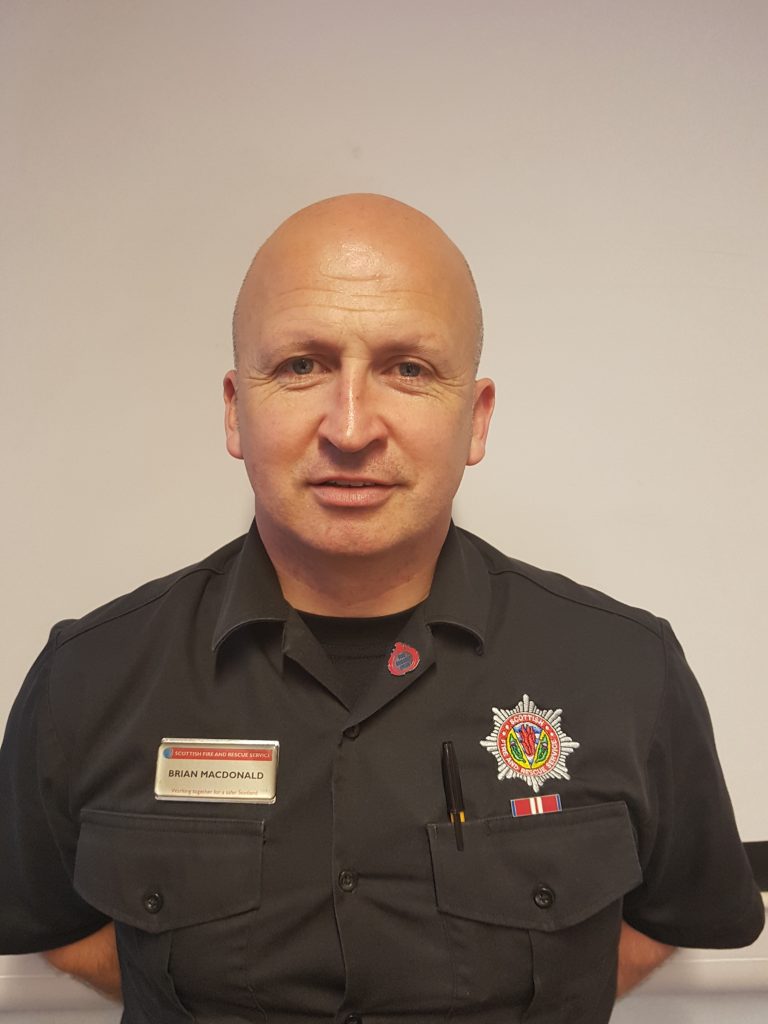 “I left his office and went back into the appliance room where my watch were, and they turned around and pointed out the difference in my arm sizes,” he says. “I’d never even noticed, but I looked down, and saw my left arm was half the size of my right. It was then I knew something was really wrong.”

Brian borrowed money from his mum to be able to speed up his chance of speaking to a private neurologist. By good fortune, the next day he managed to sit down with a consultant, who said it was one of two things. Either it could be a disc compressing on nerves, or something more sinister could be going on. After further tests, including MRI scans and electrical pulse tests, Brian returned to the consultant for his results.

“When he said he was 90% sure it was Motor Neurone Disease, I completely broke down. I felt empty, lost, emotional. I thought why me? My partner was also there, and she was also devastated. I was totally distraught, gutted.”

As his range of movement decreased, Brian started getting fasciculations in his muscles, causing severe twitching where it looked like he had worms under his skin. At first doctors thought his condition was confined to his left arm. But in January, he returned to the specialist, and was given a devastating diagnosis.

“He asked me what I was doing that evening, and I said I was going out for dinner as it was my birthday. He looked at me and didn’t know what to say, eventually asking me to come back in a few days. I asked why, and he simply said he didn’t want to ruin my birthday. Saying that, I knew then…  I came back a couple of days later, and he said, I’m sorry, but you have ALS, the most common form of Motor Neurone Disease. And that was it.”

“If I’m having a down day, I try to focus on recharging my batteries and not getting myself into a deep, dark hole I’ll never come out of.”

Before he was a firefighter, Brian was a fitness instructor, as well as being a coach with a primary school football team, so had always been fit and healthy. But it was his life’s dream to join the fire service: “My dad, uncle, brother and two cousins were all firefighters, and my dream finally came true in 2006. I’d spent 12 and a half happy years with the brigade, but this one diagnosis brought the dream I’d had since being a wee lad crashing down around me.”

Since then, Brian has struggled to remain on an even keel. Especially as the pain, muscle cramps and restricted movement have spread from his arm to his leg.

“People keep telling me to stay positive and strong, and I know they mean well, but I think it’s a bit of an insensitive thing to say to someone with a terminal illness,” he says. “I don’t need to be told to stay strong and then look down at myself and my deteriorating muscles and see my strength going. It’s a reminder of what you’re losing, which makes it harder. I know they mean stay strong mentally, but still. I do try to be positive, but some days my glass is half empty. I’m not saying I’m giving up, certainly not, but there are days when I think, am I going to be dead in six months, or a year? If I’m having a down day, I try to focus on recharging my batteries and not getting myself into a deep, dark hole I’ll never come out of.”

“People keep telling me to stay positive and strong, and I know they mean well, but I think it’s a bit of an insensitive thing to say to someone with a terminal illness.”

A friend in the fire station suggested reaching out to the Charity, to see how we could help Brian. Since then, he has visited Jubilee House, our centre in Cumbria, a few times. He receives specialist help from the nursing team where he needs it – while maintaining as much independence as possible – as well as working with the physios on what strength he has left.

But he says the time he has spent with our Psychological Therapists has been transformative, not only in addressing his health issues, but also facing into some long-term hurts he has been carrying around with him since childhood.

“Being told you have a terminal illness doesn’t stop all the other things you’ve been dealing with your whole life,” he says. “I have issues from seeing my parents break up when I was a kid and a lack of confidence from the diagnosis, and I realised I’d been projecting these onto my partner. But she has a lot on her plate and is trying to deal with my diagnosis just as much as I am.”

One of the biggest lessons he learned from his sessions was to accept it’s okay to just be okay: “The therapist used the metaphor of me being on a path. On one side of it is a steep, slippery slope, leading to a swamp at the bottom, and on the other is a slope going up, leading to views of a beautiful sunset. Some days I can see the views, and other days I feel myself heading towards that swamp, but as long as I try and stay on that middle path, I can cope. I’ve thought about that a lot since coming home, and it has helped me a lot.” 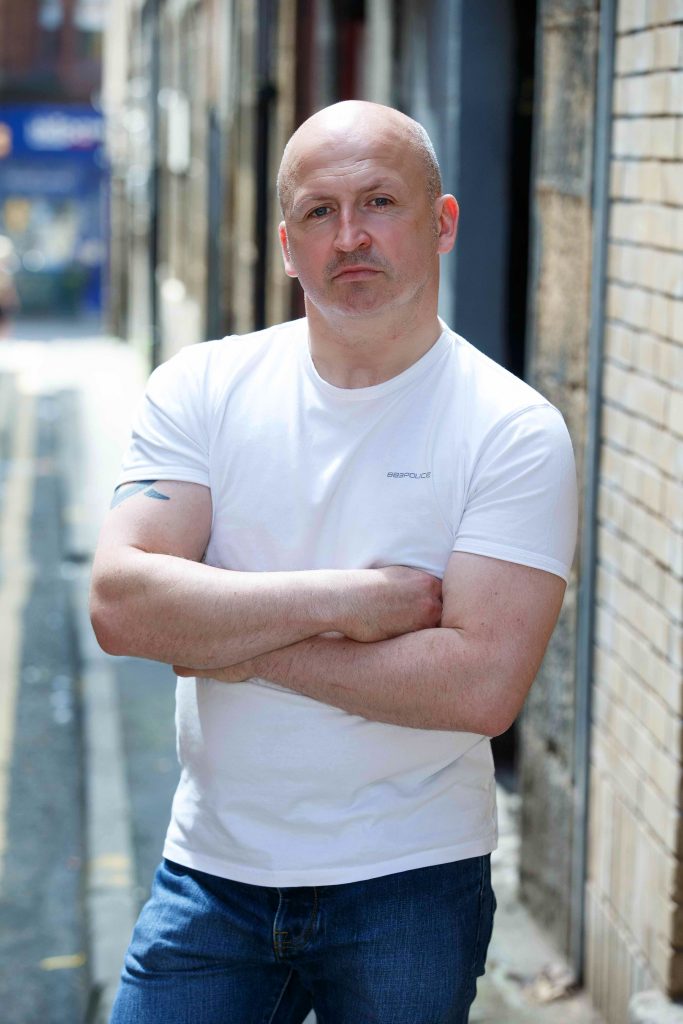 Brian is learning to accept each day as it comes, whatever challenges it may bring: “Each morning I can get out of bed and still stand up is a massive achievement. I never know when the day will come that I won’t be able to ever stand again, but for now, I can still talk, smile, eat, and even drive. It’s exhausting to be constantly thinking what about this, what about that? So I’m trying to enjoy life while I can, and keep myself on that middle path.”

“Too often, people think The Fire Fighters Charity is about getting back to work through physical rehabilitation, but that’s not always the case,” he adds. “I think we need to get the message out there that even with a terminal diagnosis, they really can help you. The Charity has been a massive help for me, but when I was healthy, I would never have thought to use it. It’s such an important thing you guys are doing, and more people need to know that they really can be helped.”

Are you living with Motor Neurone Disease, or another life-changing condition, and think you could benefit from the support of The Fire Fighters Charity? Whether it’s time with our specialist nursing team, psychological or physical advice, or a conversation with one of our Welfare specialists, we are here to help. Get in touch with our Support Line today on 0800 389 8820 or enquire about support online. 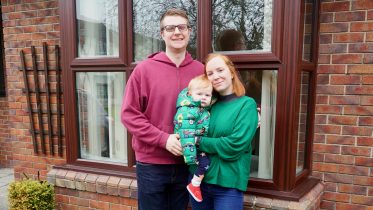 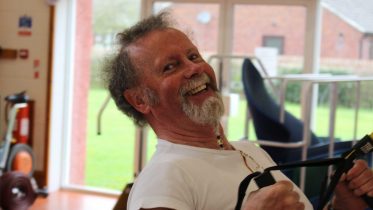 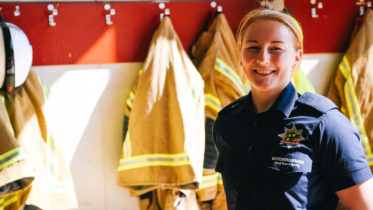 Danielle: “You gave me the golden ticket I needed to get back to work”