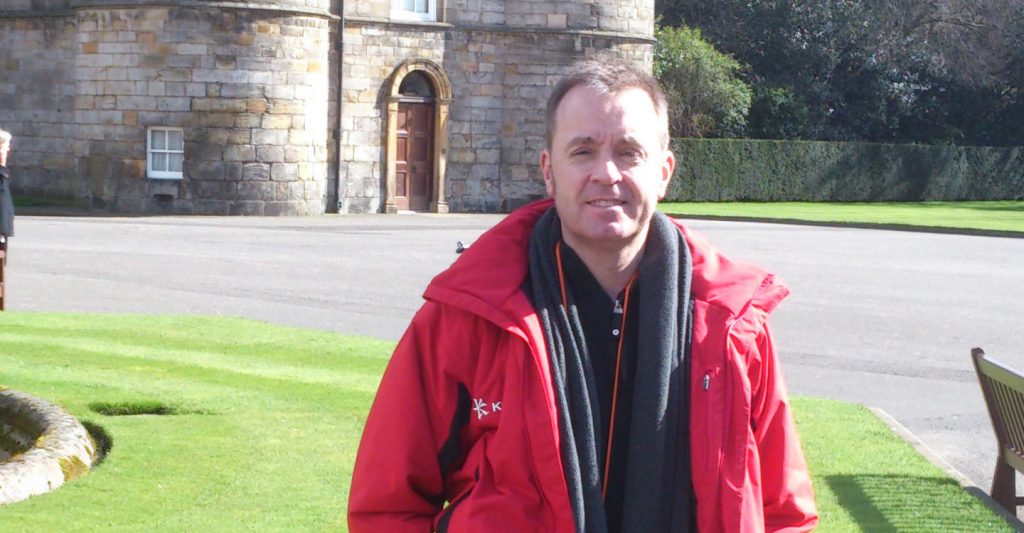 After breaking his ankle in three places, Paul got back on his feet with the help of the Charity.

“At the end of the day, the Charity is there for our benefit. I can’t rate it highly enough. I was off for eight months, back on light duties after three and a half, and I can guarantee you I wouldn’t have been back as quickly but for the Charity.” 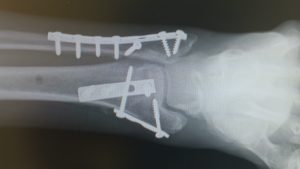 Northern Irish firefighter Paul Simms, 43, who works at Knock Fire Station in East Belfast, broke his ankle in three places. After finding it hard to regain his previous level of fitness, he applied to use the Charity’s services and went to Jubilee House for rehabilitation.

Paul says: “You don’t appreciate what you’ve got until you haven’t got it! If you’ve never injured yourself before, going from being a relatively active person to not is dreadful. It takes a lot out of you. The first time I was there I was really quite low in my mood and I used the psychological services, which was a help.

“At the end of the day, the Charity is there for our benefit. I can’t rate it highly enough.”
Paul Simms

“It’s funny to be in the fire service, spend your whole career helping other people, and then having to have them help you. It’s a bit of a kick in the teeth. In your low points, you worry about whether you will ever walk or work again, but to see people who have gone through it and come out the other side – it’s a light at the end of the tunnel. There is a way back.

“The Charity gave me the motivation to really push myself and strive to get better. When you’re there, you have no distractions – going to the gym isn’t a chore, you really look forward to it. The people were just fantastic – the physios and exercise therapists were so enthusiastic and helpful. They couldn’t do enough for me, and gave me the confidence to try things.

“Before I got there I hadn’t run a step, but by the end of the week they had me running up and down stairs with BA on my back and lengths of hose. Doing things that were work-oriented gave me the confidence to know I could do it, and to push it too.”

Paul enthuses about the camaraderie between beneficiaries too: “When you’re there for seven days, you get great chat, you’re not there on your own and everybody helps each other along. You’re going through the same thing. It was also nice to meet people from brigades across the country, and lots of support staff and dependants.”