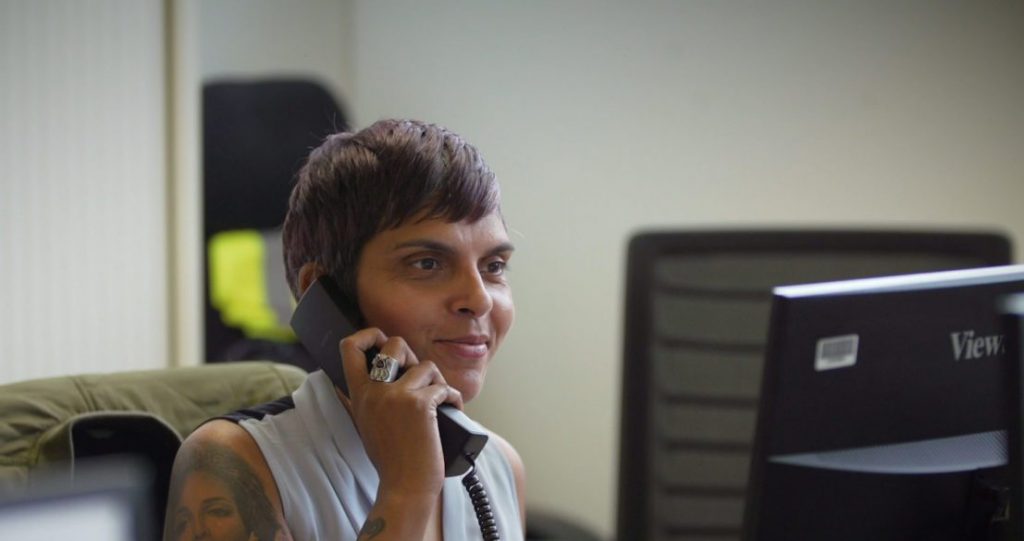 London Fire Brigade Inclusion Manager Shilla Patel has always championed people opening up about their own mental health. But a recuperative break at Harcombe House opened her eyes to what it could be like to do the same thing for herself.

For London Fire Brigade Inclusion Manager Shilla Patel, when she was invited to spend time at Harcombe House – our residential centre in Devon – the irony of worrying she would feel like she didn’t belong there was not lost on her.

“I thought people would question why I was there, because it never occurred to me The Fire Fighters Charity was for all of us,” she says. “I was nervous, because not only was I not an operational firefighter, but I was there for my mental health. It’s easier to tell someone you’ve got a broken leg, but to say you have anxiety and depression, I was worried there would be a stigma. But we just all got on and supported each other. I felt included and like I could just be myself.”

Away from the hustle and bustle of London life, Shilla found the peace and serenity of our Devon residential centre a welcome relief. On a recuperative break, she was invited to take part in some of the activities open to beneficiaries, but also to take whatever time she needed to enjoy her own company.

“It is a magical place, where you can just go off by yourself and reflect,” she says. “I’d sit outside my peaceful bungalow and listen to the birds, writing in my journal and coming up with goals for the year. Or I could go be with like-minded people in similar situations where no one felt pressure to open up if they didn’t want to. Before going to Harcombe, my work was being impacted, and I knew I needed to do something, to take time off to drop off the side of the world and disappear for a while, which I could do there without apology. I’d never put myself first in that way before; one of the things I did while there was to have a bath; it sounds so simple and so easy, but I hadn’t done it for years, it was quite scary! I just loved it, sitting there with my own thoughts. I need to do it more often.”

“Mental health doesn’t discriminate. It’s like a fire; it doesn’t choose who it will impact, it just happens, but its effect is no less devastating.”

One thing Shilla says she realised while at Harcombe is that when it comes to her mental health journey, she is not alone: “Mental health doesn’t discriminate. It’s like a fire; it doesn’t choose who it will impact, it just happens, but its effect is no less devastating. People there were from all different cultures, backgrounds, experiences, and we all had different reasons for being there. People accept you for who you are, which is so important.”

The experience of being able to be herself at Harcombe resounded with Shilla, whose day job is to make sure people feel included and able to be their authentic self at work: “I’m in a very lucky role, where people open up to me about all sorts of things, particularly their mental health,” she says. “When I got back to London, I found I wanted to talk to colleagues about my own experience of Harcombe and how fantastic it was, but because people didn’t know I’m dealing with mental health issues, I didn’t know how to start the conversation. I wanted to hold onto the lovely feelings I’d had there and keep the conversations going, to do more to reduce the stigma around mental health.” 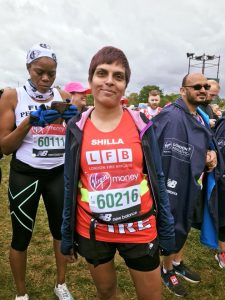 A year since first starting a conversation about the need for a mental health support group within the London Fire Brigade, Shilla helped launch United MINDS in March 2019. Their first meeting coincided with her visit Harcombe, and for the first time, she opened up about her own experiences of mental health.

“I’d discovered the courage to open up and found the outlet to do so,” she says. “It’s so tiring, having to wear a mask, or multiple masks, every day, so it’s nice to be able to take that mask off and say what you need to. The group is still in the early days, but I’d love to see it go national and work with other fire services. We’ve gone from two to 200 members already, which just shows you how much of an appetite there is for somewhere to talk about mental health, and just how common it is. It’s time to remove the stigma and get more people talking.”

Wanting to say thank you to the Charity for giving her this new found confidence, Shilla competed in this year’s London Marathon to raise funds for us.

“I wanted to raise awareness of who the Charity is for, especially among control-room and non-uniform staff, as well as raise some money,” she says. “I also particularly want to break the stigma around mental health in the BAME (black, Asian, minority ethnic) communities and make them aware of the Charity too. People need to know about the amazing work you guys to, and how welcome you make us feel. Being there changed the way I think, it’s just a phenomenal place.”