Awarded to the team who has demonstrated outstanding support of The Fire Fighters Charity during our nomination period, who has gone over and above the call of duty in the name of The Fire Fighters Charity, doing something truly exceptional and showing incredible dedication in the process. The award is open to any team with two or more members, that works within or represents any element of the fire services community. 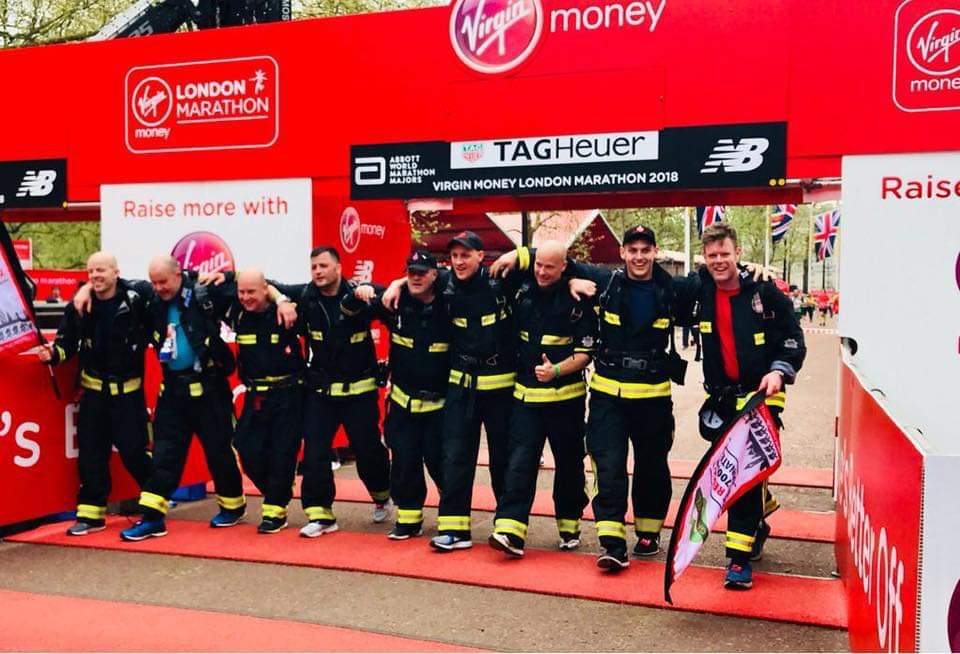 Nine firefighters from Paddington’s Red Watch took part in the 2018 London Marathon and raised over £52,000 for The Fire Fighters Charity.

The runners were Martin Gillam, Ben Gallagher, Guy Tillotson, Jim Cuthbert, Geoff Campbell, Harry Bettinson, Dean Roberts, Graeme Shaw and Jim Wolfenden, who were among the first crews at the scene of the Grenfell Tower fire on June 14 2017.

As a watch they wanted to do something extra to raise money for the victims and families of the Grenfell Tower fire, as well as say thank you to our Charity for the ongoing support we’ve offered to those fire personnel affected by the events of that night.

So they ran the London Marathon in full firefighting gear and whilst wearing BA sets. This is by no means a small feat, as the fire gear alone weighs 15kg add to that the BA sets which weigh in excess of 15kg also. That’s 30kg of extra kit, and it was the hottest Marathon on record. They completed the marathon in just over 7 hours – starting as a team and finishing as a team, all the while carrying a Charity banner.

They raised the profile of the Charity through their various TV appearances and social media posts, as well as having a text donation number on their banner, which raised an extra £1000 on the day, as well as being supported by a team of bucket collectors.

We are incredibly proud of the team, and the sight of them crossing the finish line after a gruelling seven hours is one none of us will ever forget. 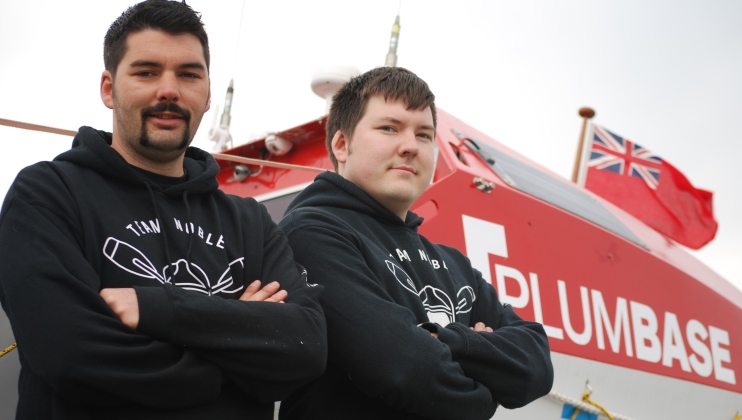 Team Noble (named in honour of a colleague who died on duty) undertook the Talisker Whisky Atlantic Row in December 2017, completing the 3,000-mile distance in 55 days, 1 hour and 54 minutes, arriving in the Caribbean on 7 February. The brothers faced 40ft waves and endured sweltering heat, rowing one hour one and one hour off during the race.

This was after four years of training and fundraising, throughout all of which they took every opportunity to promote the Charity and our services. The pair had already taken part in sponsored runs, marathons and bungee jumps for the Charity, so wanted to set themselves a bigger challenge. But discovering how much they had to raise just to cover the costs, they set their heights even higher when it came to fundraising as much as possible for the Charity.

At the numerous talks they held at fire stations, not to mention the Black Tie event they put on, the brothers tirelessly shared stories of the people who have been supported by the Charity, including some closer to home.

Their superhuman efforts, both in and out of the water, make them worthy nominees for this award. 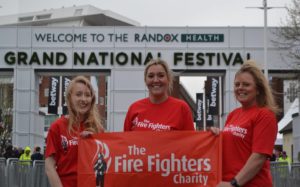 The ever-increasing success of Charity engagement in Merseyside Fire and Rescue Service can almost entirely be credited to a small-but-perfectly-formed group of people with one goal in mind: to support the Charity that means so much to them.

The Merseyside Committee in aid of The Fire Fighters Charity was formed around five years ago, going from strength to strength and increasing in size, enthusiasm and ideas.

Over the last year alone support for the committee and charity alike has grown massively, due to the positivity and drive of the committee. Going forward it is hoped that this will continue to grow year on year.

It was recognised what a valuable asset the Charity was, not only to Merseyside personnel but also their families. This wasn’t common knowledge across the service and there was a lot of misconception around the Charity and who was eligible to use it. Therefore the committee also took it upon themselves to increase awareness and better educate people on our services, which has led to an increase in applications for support from Merseyside.

The committee wanted to ensure that it was represented by a broad spectrum of members, as such there are operational, non operational support staff and retired staff involved. This brings a good balance to the group and the feel that each community has a voice within the committee, and is perhaps the secret to their success.

The improvement in Merseyside has been outstanding, not just from a monetary perspective but also people’s attitude towards the Charity. Long may it continue.

Littleport Fire Station is a pillar of the community in their Cambridgeshire village. An on-call station, it requires its firefighters to be within 5 minutes of the station in order to respond to emergency calls often juggling firefighting with full time jobs and family commitments.

Despite being made entirely of on-call staff, Littleport Fire Station has dedicated the last 40 years to raising a significant amount of money for The Fire Fighter’s charity. So much so, the Charity is now embedded in to the culture of the community with local people and businesses alike supporting the station to raise as much money as possible. Littleport have engaged with the community to ensure they have their support and have gone above and beyond to raise funds as well as supporting the incredible work you do.

From car washes, race nights, the famous Christmas bingo, raffles, and much more, the station’s Charity calendar is now well-established in the village, with hundreds of prizes being donated over the years. And it is thanks to the tenacity and enthusiasm of the Littleport crews for making it happen, regularly thinking outside the box to overcome logistical issues and coming up with engaging ideas to raise as much as possible.

The Charity is now not only close to their heart, but also that of the community. The dedication of Littleport Fire Station is admirable.