The Challenge saw staff from across the Service putting on different fundraising events throughout 2016 in support of the Charity.

More than 18 events were organised, ranging from 10KM BA runs to swims, lifting challenges and sports days. The 2016 Challenge’s theme, of which there is a different one every year, was 10K and, in line with that, John set his fundraising target as £10,000.

After completing all the challenges John revealed in his staff blog before Christmas that the combined events had actually fallen just short of the £10,000 target. However, just after Christmas one of Nottinghamshire’s retained crews took on an additional challenge event, raising around £900 and taking the total to over £10,000.

Reflecting on the Challenge and the difference the funds will make to the Charity, John commented;“The great thing about the Charity for me is that it is a superb asset that does an excellent job in getting ill people back to work.

“From an organisational point of view it does a really great job, and it also adapts to our needs as a service, and this is why I think it’s so important to support it.

“For me, though, it’s not just about raising money. The reason I do the Chief’s Challenge is to demonstrate the importance of the charity to the workforce, and to also show people that it is there for them should they need it. Of course I’m interested in how much we’ve raised each year, but I’m also interested in how many people have benefited from the Charity’s facilities.

“I also think that if I can demonstrate the great work of the charity to staff, then they will be inspired to raise the money themselves – regardless of what challenges I take on each year. A great example of this is one of our fire investigation officers who, along with his family, was inspired to raise more than £1,100 for the Charity after he and his son spent time at Jubilee House in Penrith.

“Raising the amount we raised last year was a massive achievement that I’m really pleased with, and all I can say is that I would highly recommend the challenge to other Chief Fire Officers. The event isn’t unique to Nottinghamshire, and I don’t even think we were the first to do it, but it’s really worked well here and is also a fantastic staff engagement tool. For me, spending two hours carrying a ladder around a village with some of my crews gives me the perfect opportunity to have all-important informal conversations with staff.” 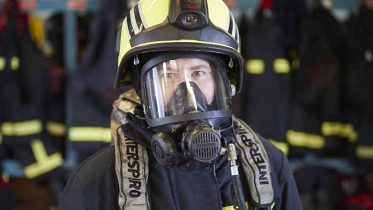 The Fire Fighters Charity is almost entirely funded through donations from the fire community and public, here's how you can join them. 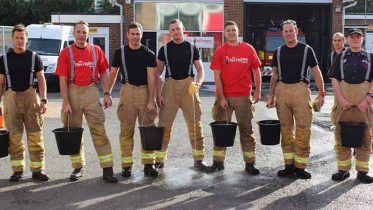 There are loads of ways in which you can get involved and support The Fire Fighters Charity. Take a look and get stuck in...

Whether you run, swim, walk, bike or bake, there's bound to be a fundraising event for you...