Former firefighters Chris Bilby, from Leicestershire, and Ashley Theakstone, from Hertfordshire, are set to climb Malaysia’s highest mountain next month in a bid to raise funds for our Charity.

The pair will climb Mount Kinabalu as part of the IFE (Institution of Fire Engineers) centenary year celebrations after the Malaysian branch organised the event.

Chris said; “Several years ago in a Malaysian bar, an idea was raised about organising a series of mountain climbs around the globe to celebrate the IFE 100th year. Whilst everyone thought it was a great idea, in true Malaysian fashion they actually took the idea and made it happen, and not only that, they made it a team event and thereby, a bit of a competition!

“For me personally having climbed a number of mountains over the years, this idea appealed but having mentioned it around, it appeared that I was on my own. I couldn’t really justify financing it to the wife, but then like a knight in shining armour my good friend Ashley Theakstone, threw his hat in the ring as well, and so …. We appear to have a UK team!

“It seemed a waste to climb a mountain, and not use our efforts to raise money for charity and when I mentioned it to Ashley he agreed it was the right thing to do. As I am a company member for The Firefighters Charity and both Ashley and I are former firefighters the charity of choice was obvious.”

You can donate here via Chris and Ashley’s JustGiving page. 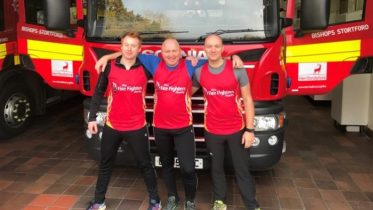 Three firefighters are planning to walk 100 miles from Bishops Stortford to Marine Court. 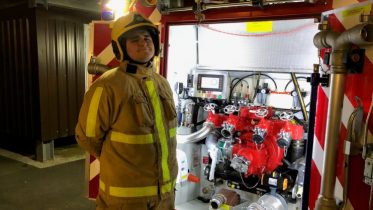 Firefighter Andrew Reeves is changing up his usual routine and getting stuck into the mud this year.