The London Marathon is known to showcase some incredible costumes year on year, but a major stand-out this time round will come courtesy of firefighter Richard Green and three of his friends.

The wholetime firefighter from Hampshire and Isle of Wight FRS will be running the 26.2 miles in sync with his friends – with them all completing the challenge inside a mini fire engine.

Richard, 44, and another of the team, Matt Hooper, are running in aid of The Fire Fighters Charity, after Richard experienced our support first-hand. 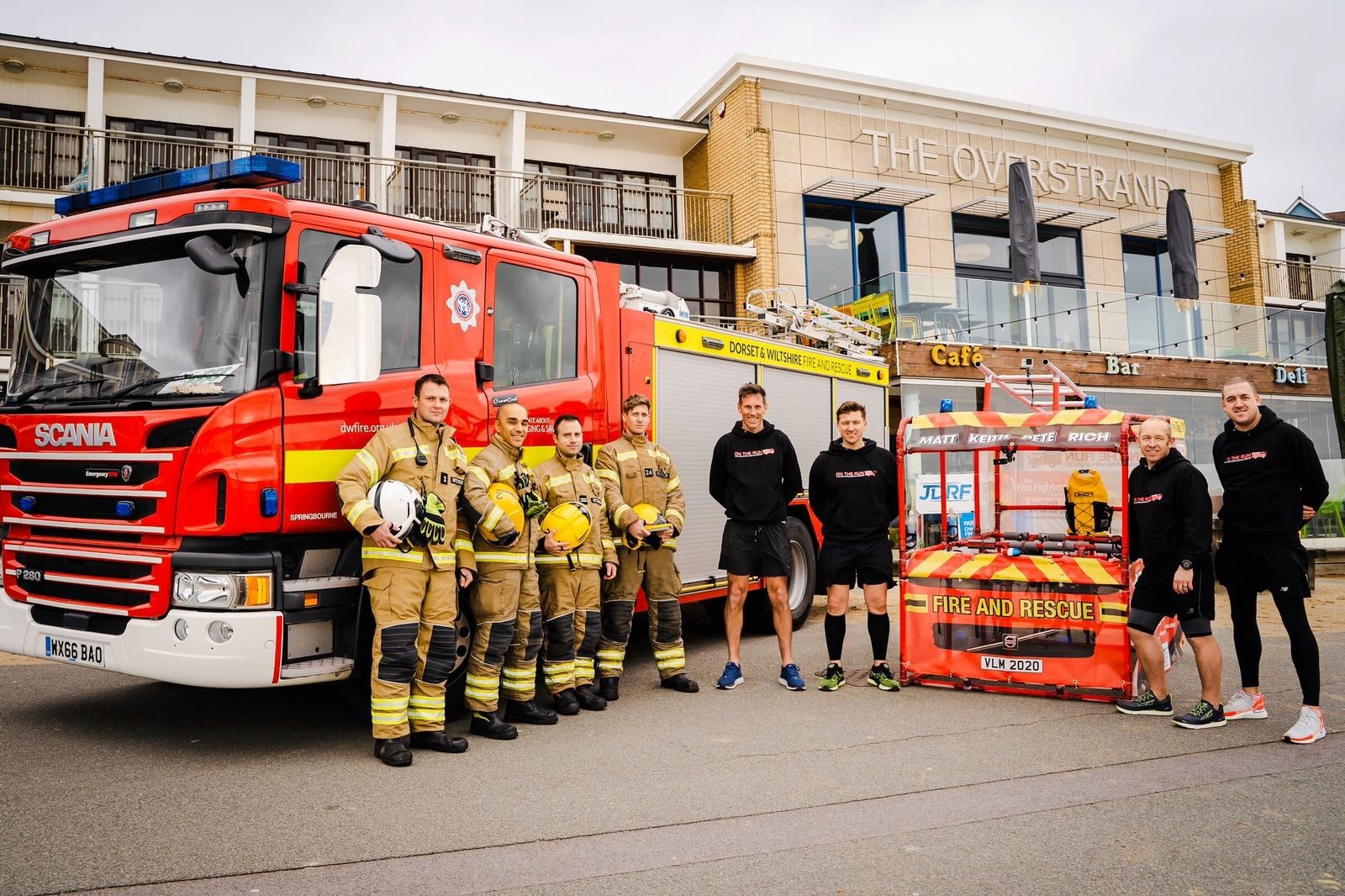 “This is actually about the third costume we’ve made – the first one was huge! Luckily it’s made out of plumbers plastic piping, so you can cut it all down to make it as streamlined as possible.

“A few local companies donated the plastic piping and another donated the sides of the truck, printing it all out for us. There’s been so much help from the community in Southampton.” 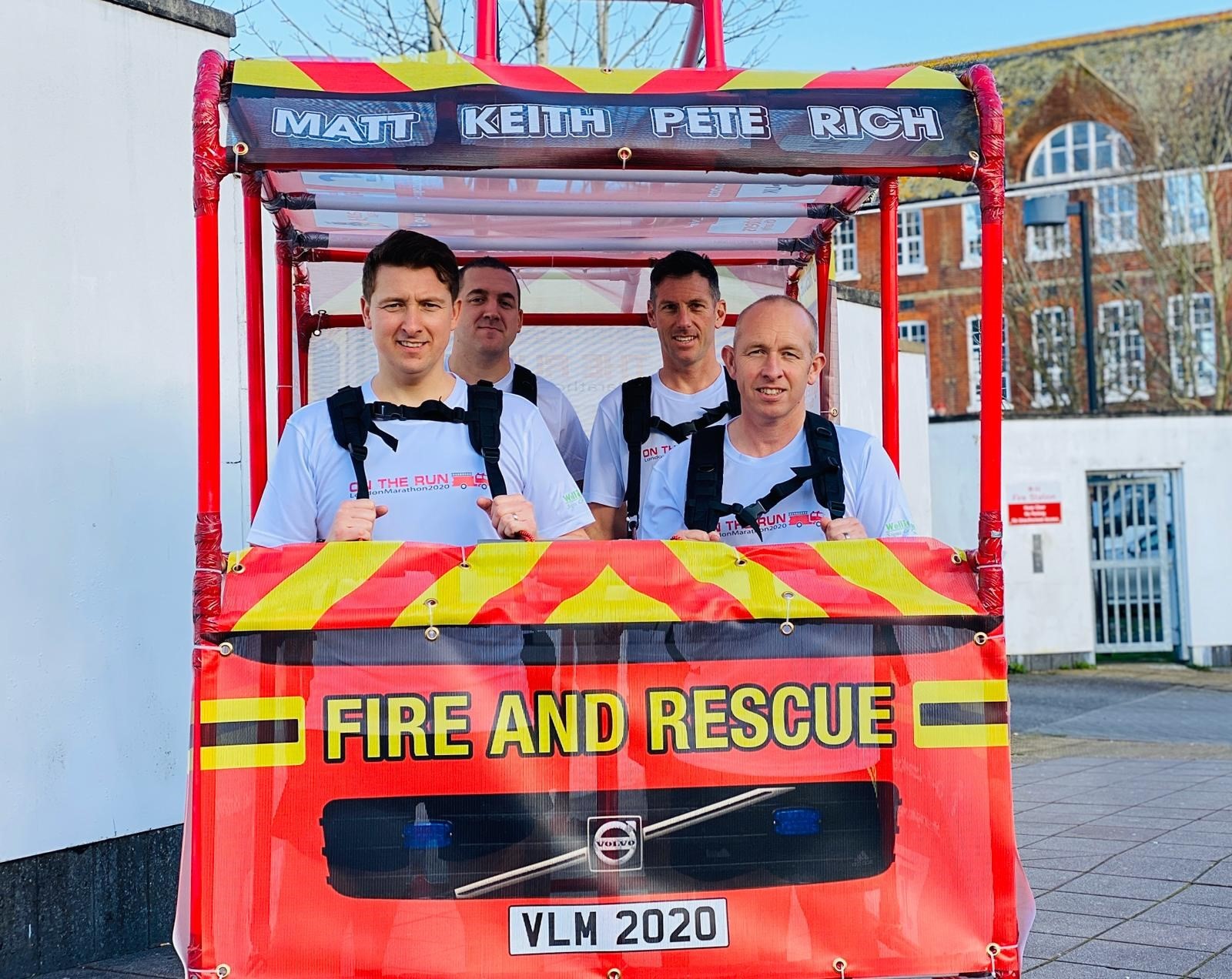 Due to the pandemic, the team have been unable to run together over the last 18 months, but have practiced solo in the hopes they’ll fall into sync when it comes time to don the mini engine.

“We’re doing the Southampton Half Marathon in September, which will be our first proper decent run in it,” says Richard.

And for him, raising funds for the Charity is incredibly important and he’s already raised more than £2,000 – with Matt raising another £1,600 so far on top of that.

“I’ve used The Fire Fighters Charity myself, so it’s about giving a little something back. I first reached out for support in about 2004, when I went up to Jubilee House,” recalls Richard. 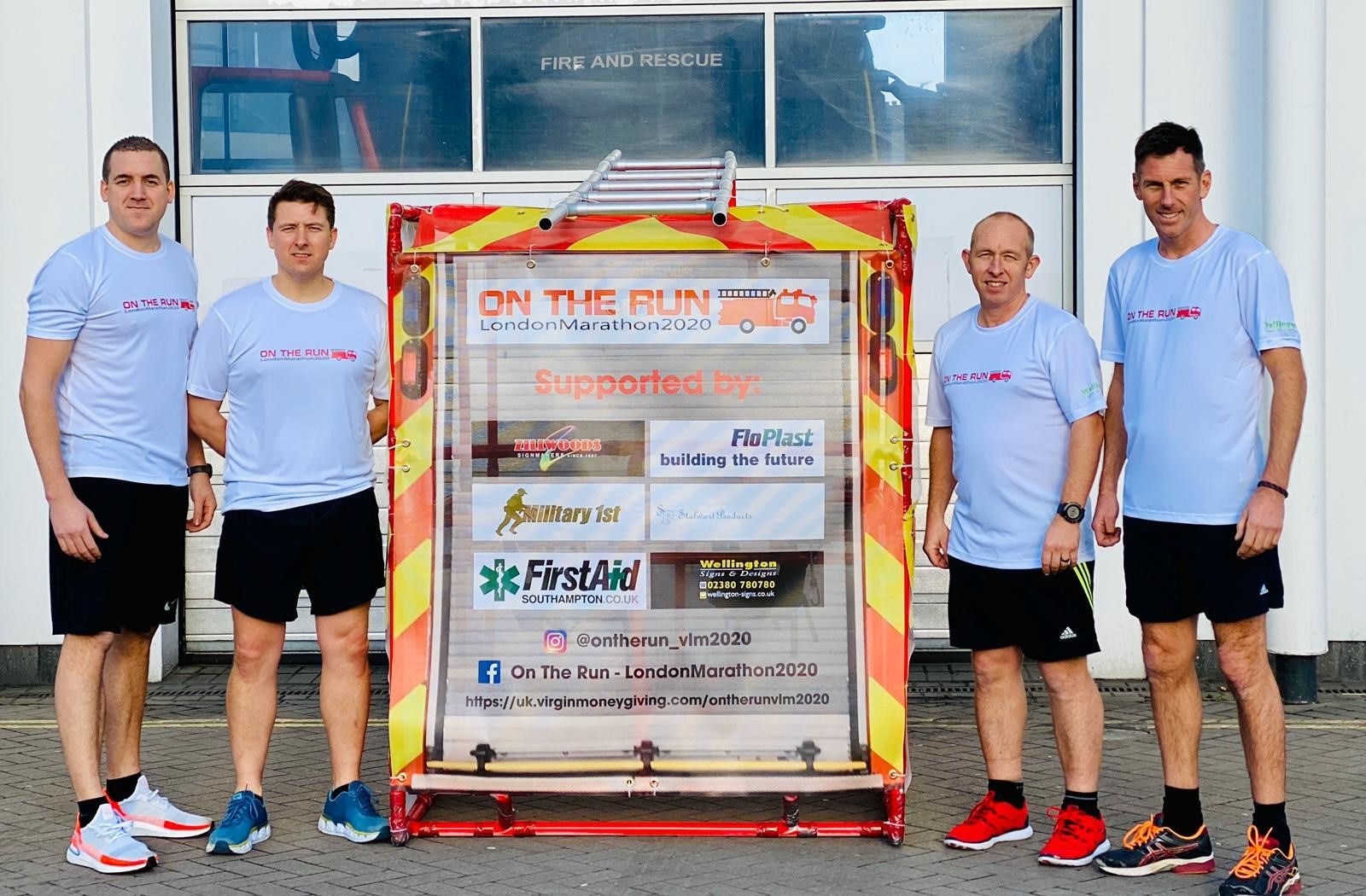 “I’d broken my leg snowboarding, and I went there for the final push of my recovery. It’s fantastic, so so good. I was there for two weeks and honestly, the staff, the facilities, everything was amazing – plus there’s such a good atmosphere with everyone else there.

“It kickstarted my recovery to get back to full fitness and get back on the run. I’d actually only been in the job nine months at the time, then I was off the run for nine months with the injury.

“About five years ago I also went to Harcombe House for another broken bone injury – I’m a bit fragile! It was a kneecap this time, I’d snapped it in two tripping up a garden step. That meant my leg in plaster and a lot of muscle wastage. I had a week there and again it was fantastic, it wasn’t just strengthening, it was confidence building too.

“I know how much the Charity’s helped other people I work with too, especially with mental health.”

Their other two friends, Pete Larcombe and Keith Burton, have chosen Parkinsons UK and JDRF (The Juvenile Diabetes Research Foundation) to support themselves, both of which are close to their hearts.

To support the team, you can see Richard’s fundraising page here and Matt’s here.