A group of firefighters helped to rescue an injured woman midway through a gruelling Three Peaks challenge they were doing to raise money for the Charity.

Callum Hodgkin, Jack Branton, George Lindley, Chris Glading and Mark Brearley, all from Cambridgeshire Fire and Rescue Service, set themselves the challenge of scaling the UK’s three highest peaks in 24 hours – but never anticipated having to utilise skills from their day-to-day job.

Thanks to their quick thinking, they were able to carry an injured woman down Ben Nevis and call mountain rescue, before administering emergency first aid when her condition suddenly deteriorated halfway down.

The heroic rescue, plus heavy traffic between the peaks, meant their target time had to be delayed but they managed to go on to complete the challenge – despite one of the team suffering an injury himself.

“We left at 2am on the first day… we’d originally planned to go the day before, but we’d all come straight off a night shift so we waited until the early hours,” says Callum. “We got to Ben Nevis just after lunch and then we set off that evening.

“We came across a family and one of the women had rolled her ankle. We originally guided in the mountain rescue, because she was fine at that time. Then coming down the mountain, the guy had sent the kids and another of the women in the group off ahead so as we passed, we knew we couldn’t leave them there. 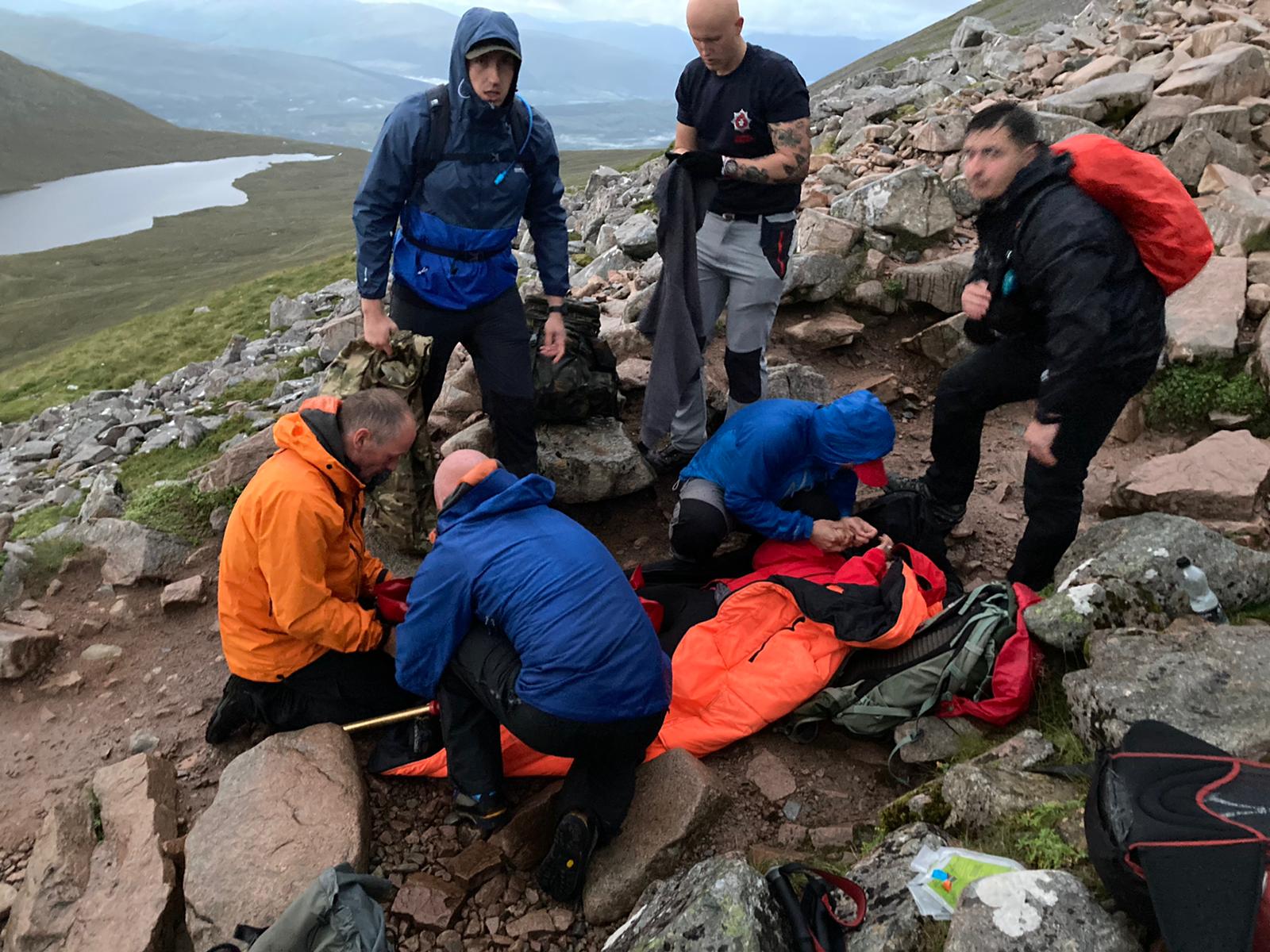 “Three of our group took it in turns to carry her down the mountain, but then she took a turn for the worse. From what we assumed at the time, it looked like hypothermia.

“Luckily I had a small survival bag in my bag, and it literally went from helping her down to quite rapid first aid. Once the mountain rescue got there, we then assisted them down the mountain – which is ironically what we do at work. 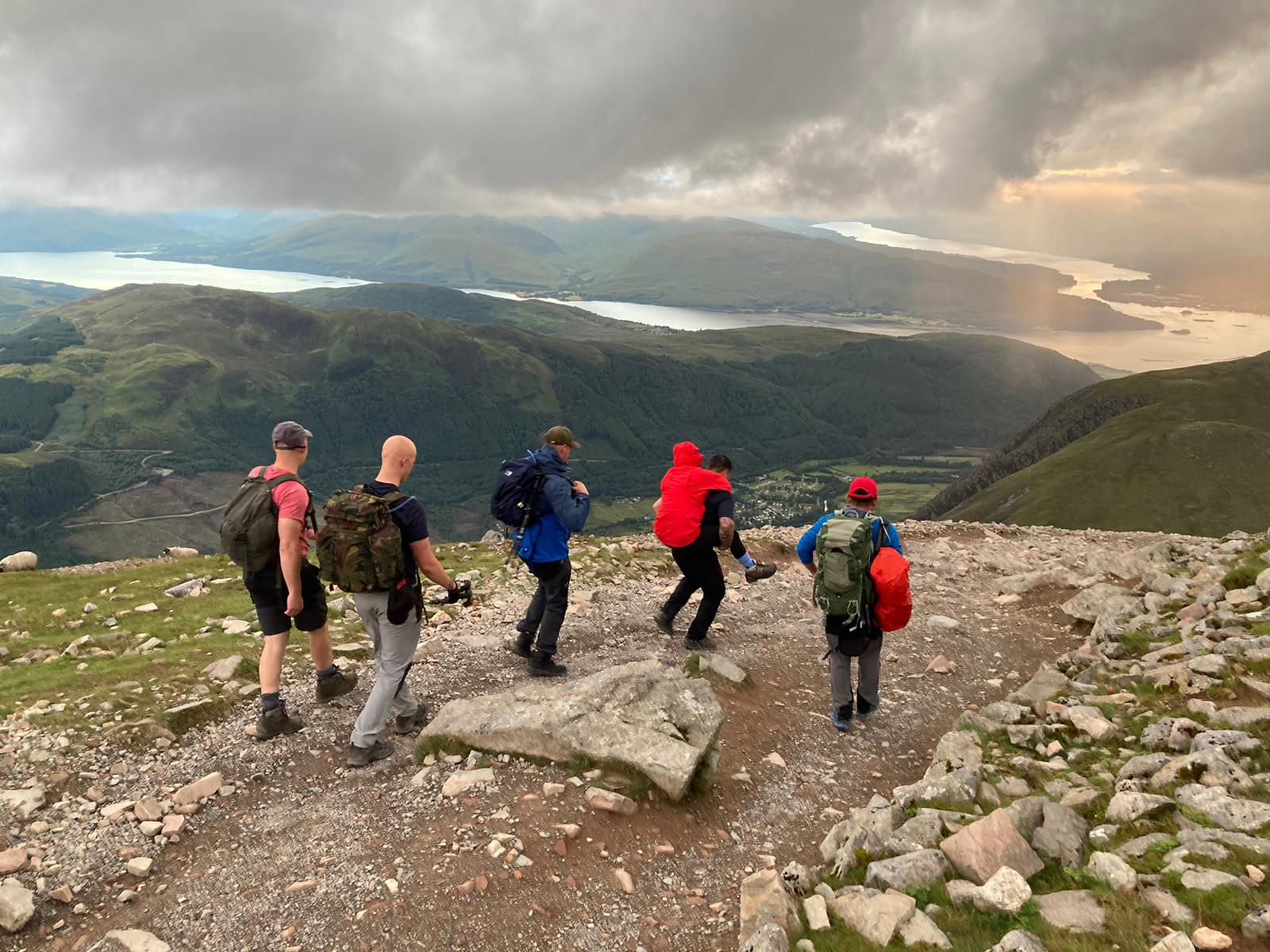 “We’d actually just had a new four-day first aid course at work – we never really thought we’d use it, because you’re often second fiddle to the ambulance, but then we were very much on our own here so it was brilliant to have.”

He adds: “We were past our target by the time we started Snowdon, but we were determined to do it. We were also a bit slower because one of our guys had what turned out to be quite a serious knee injury, but he used a stick and got up there.” 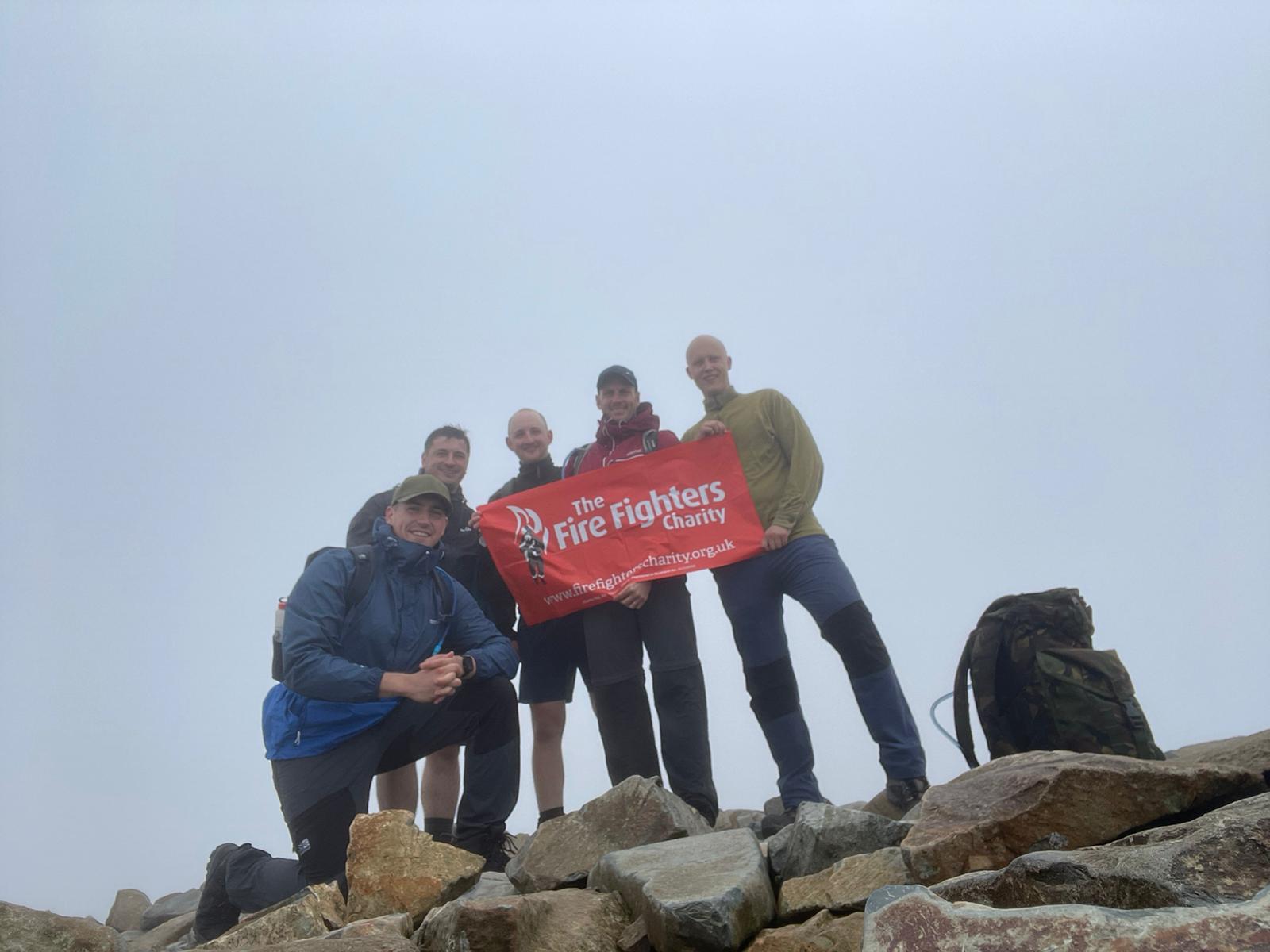 The woman they rescued has since been in touch and is doing well. As a thank you to the team, she has donated £100 to their fundraiser and Callum says they’ve been congratulated within the fire service too.

The team have smashed their fundraising target, and the money raised for the Charity currently sits at £1,795. 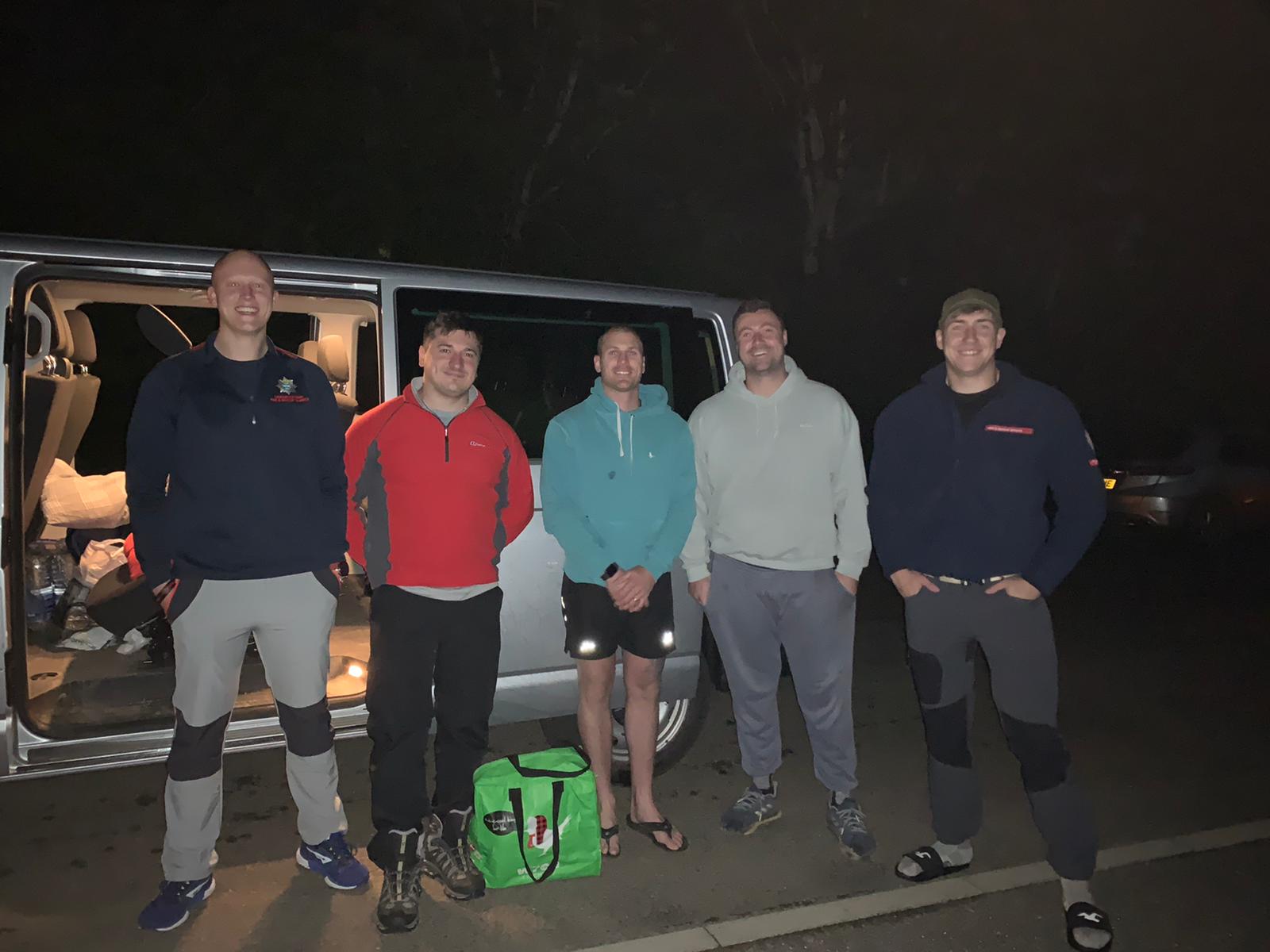 “None of us have personally used the Charity’s services but we’ve been involved in the Car Washes for years. I’ve also been a rep for one of the stations, so I’ve organised a couple myself too,” says Callum.

“We also know people on our stations that have received support. I know a couple of guys that were at Harcombe House at the same time – ironically they’d both had knee operations. My missus was quite surprised to learn she’s a beneficiary too, knowing it’s there for us for life is huge.

“It’s such a worthwhile cause, because you never know if you’re fire service or family, when you’ll need it. It’s brilliant to know it’s there.”