Female firefighters across the world have been showing the fire service is a career for everyone, not just boys, after a little girl’s concerns drew global attention on Twitter.

Crews have been responding to Hannah Summers, whose tweet went viral last week when she shared how her four-year-old daughter, Esme ‘wished she was a boy so she could be a fireman’.

My 4yr old came home yesterday saying she wished she was a boy so she could be a fireman. When I said girls can be firefighters too she said ‘but I’ve seen in books they are all boys and I don’t want to be the only girl.’ Any good vids/books I can show her? #FirefightingSexism

Firefighters from Canada, France, Japan, and the United States have been posting their support, as well as some from a little closer to home.

Sad to see gender stereotyping persisting.
We have 4 women out of @SFRS unit of 11. We are all firefighters. Get over it.

To girls/women everywhere: Be proud, dream big, follow your dreams, be brave, be what you want to be.

For Esme, from Japan
We’re firefighters of 72 women in Kyoto City Fire Dept. We’re all on your side. Be proud. You can be a #firefighter too!

They’ve been using the hashtag #firefighting sexism, which was first introduced by the London Fire Brigade in 2017 as part of a campaign to stop using the term ‘fireman’ in a bid to encourage more woman to join the fire service.

So I tweeted that my 4yr old daughter wished she was a boy so she could be a fireman and this is the response from West Midlands Fire Service. You lot are amazing! Thank you so much – I can't wait to pass on the message. She'll love it #girlscandoanything #firefightingsexism https://t.co/MA70f0XPUM

If anyone knows a thing or two about firefighting sexism, it’s Heather Smart, who was the first female firefighter in Northern Ireland.

“At the beginning, the public were always surprised when they realised I was a firefighter who was a woman,” she says. “I was aware of the publicity when I started my training, but for me it was very personal, whether or not I could get through, not whether a woman could get through.”

Rather than hindering her role as a firefighter, Heather found that being a woman helped her to help other people, once they’d got over the initial surprise of her gender.

“Some situations are more sensitive and people respond well to having a woman there,” she says. “That’s not to say that men aren’t capable of empathy, and some of the male firefighters I know are absolutely fantastic at the matters of life and death they were faced with, but in my experience, being a woman definitely helped me do my job.”

Thank you so much to firefighters from across the world who messaged @hansummers daughter Esme to show women firefighters exist in 2019. Use #FirefightingSexism to show your support of why we're all firefighters not firemen or firewomen pic.twitter.com/TCyk34VnO8

Among her colleagues, Heather found she took a maternal role, as she says ‘for a lot of Irish men, mothers are a very strong part of their lives’ and she’d often provide a listening ear to fellow firefighters dealing with their own inner turmoil.  When Heather’s own mental health took its toll on her, she contacted The Fire Fighters Charity for support, and spent two weeks at Jubilee House, our centre in Cumbria.

“Being there was like being wrapped in a warm blanket,” she says. “At home, I was doing all the looking after, but there, it felt like a safe space where I was taken care of, and given permission to concentrate on getting myself better. I found it was okay to be focused on myself, make myself better and rely on others, so that when I got back to real life, others could once more rely on me. It’s very hard to help other people when you’re broken yourself.”

Heather has recently received an MBE from HM The Queen for her ‘trailblazing’ efforts in leading the way for Northern Irish women to follow in her footsteps. and for her work in primary schools to show children that gender shouldn’t be an issue when it comes to your career. Heather and her colleagues would visit local schools to teach the importance of fire safety, as well as leaving a lasting impression in other ways.

Good morning! I heard your four y/o #daughter was discouraged because she felt she had to be a boy to be a #firefighter.

In #Vancouver🇨🇦, we have awesome firefighters who happen to be women!

& Nanaimo’s @Karen_Fry is a great Chief who happens to be a woman!

“I loved seeing their surprise when I’d take off my helmet and they’d realise I was a woman, but they would quickly accept it, and if anyone asked about my gender, it was usually a teacher,” she says. “Children are so innocently black and white, because their sphere of experience is so small. We’re showing the grey area, telling them from an early age that they can do whatever they set their mind to.”

Hannah!! Saying a big Hi to your little girl. I am one one of 339 women in the #LondonFireBrigade #ThisGirlCan pic.twitter.com/bFlfoD7Ktx

Heather believes this experience of seeing a female firefighter would have been the same if it had been a female mechanic, doctor, or soldier: “I hope they carry that impression with them for the rest of their life, and that they never come across a job and think ‘I can’t do that just because I’m a woman’. Part of them will always remember when a lady firefighter came to their school, so it’s already opened a gate for them that might have been found closed.”

We've been really inspired by Esme's desire to become a Female Firefighter.

We've had our own Female Firefighter character for some time but haven't been able to think of a name for her – meet Esme.#FirefightingSexism pic.twitter.com/BC2xDI7TEE

Like her fellow female colleagues, Heather hopes that by showing Esme just how many women are in the fire and rescue service, her sphere of experience will be broadened even further: “It’s up to those of us who have seen further to show children there’s a whole world out there for them to be a part of if they believe they can be.”

Since her tweet gathered international attention, Esme’s mum Hannah has shared what a positive impact it has had on her daughter, even sharing a drawing of herself in her future career as a firefighter.

Incredibly touched by all the responses to my tweet re my daughter wanting to be a firefighter and the awesome vid by @WestMidsFire Thanks for all the fantastic photos of women firefighters – you all totally rock. Esme has drawn a pic of herself as a firefighter to say thank you pic.twitter.com/q4qTdU9d9I 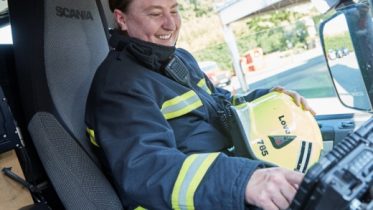 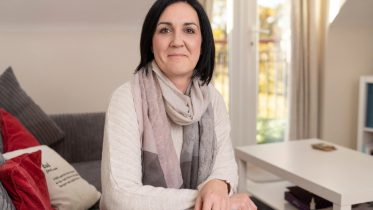 Sarah's voice of calm on the phones 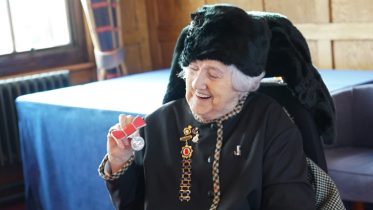 Meet the 'extraordinary' Daphne 'Snowy' Snowden, whose lifetime of fundraising was recognised by The Queen