A group of singing fire service personnel is currently on a campaign to spread the word about their bid for the Christmas Number One. Already the bookies’ favourite to reach the top spot, proceeds from The Fire Tones’ cover of Band Aid’s Do They Know It’s Christmas will be split equally between The Fire Fighters Charity and the Band Aid Charity Trust.

“I feel proud and honoured to have been involved with such a fantastic project, however much money we manage to raise,” says Welshpool fire fighter Chris Birdsell-Jones, who first came up with the idea of doing a charity single. “I’m over the moon to have worked with such a talented group of people. But the hard work starts now!”

“We gave up one day of our time for the project, but those twelve hours could lead to a permanent difference to someone’s life.”

We’ve been keeping up to date with their activity, so make sure you keep your eyes on this blog for all their latest news.

Despite being in the running for the elusive Christmas Number One spot, Chris is just resolved to raise much-needed money for a charity that means so much to him and his colleagues.

“Yes it would be amazing to get to Number One, but it’s genuinely never been about that,” he says. “We were just determined to make as much money as possible for these two great charities. I’ve seen first-hand the positive impact The Fire Fighters Charity has had on colleagues who have used their services. It’s a cause that is very close to all of our hearts, because any one of us could become a beneficiary at any point in our lives, you just never know when you might need it.

“Every time I’ve spoken to anyone involved with the song, I ask them to take five seconds to think about how many lives we can make better with money raised from our time singing together. We gave up one day of our time for the project, but those twelve hours could lead to a permanent difference to someone’s life.”

The Fire Tones will be heading to Welshpool town centre at 7pm this Friday, turning on the Christmas lights and publicly sharing the video for the first time. A journalist from the town’s news website has already enjoyed a private viewing of the video, and wrote the following review of the song:

You could be forgiven for initially thinking that this is just a fun get-together for a bunch of firefighters doing their collective ‘karaoke’ version of a Christmas classic. But a couple of chords in, and on hearing the first line, you realise that you are in for something special. It may have been done on a shoe string budget, but there is nothing cheap about the end product with no corners cut to produce a sensational version of an original that set the bar high for charity tracks. It is seamless as the song passes from voice to voice and it showcases extraordinary talent that has given their time for free to record. As the song reaches its sing-along climax, it is hard to believe that such talent actually spends their days saving lives and not touring as full time singers and musicians (yes, they have recorded their own fabulous original score too!). Classics are rarely reproduced well, and many have failed with ‘Do they know it’s Christmas’. But in typical firefighter fashion, they have grasped this challenge, got on with it and delivered. They’ve done their bit, now we have to do ours. But it has left us wanting more… a future show at the Albert Hall anyone?

“It is hard to believe that such talent actually spends their days saving lives and not touring as full time singers and musicians.”

If you can’t wait until it’s officially released to hear the song, fear not. You can find a sneak preview of it online.

Exciting news from The Fire Tones camp. The CD is already available to pre-order on Amazon. It will be officially released on Friday, 30 November and will also be available to download and stream via iTunes, Apple Music and Spotify.

When the dream becomes reality……..'The Fire Tones' Chris and Lucie with the very First CD, with less than a week…

Today is the day!@thefiretones999 #DoTheyKnowItsChristmas single sung by 40 fire service staff is out and available now to download!
Make sure you order or download your copy today and get them to Number 1! https://t.co/YEcMBPxklq pic.twitter.com/ldtHpHRuDn

Brilliant photo sent to us today by Jim & Zoey, thank you all for your amazing support ???‘The Fire Tones’#thefiretones#firefighterfamily#dotheyknowitschristmas

The Fire Tones’ mascot Siren is on a national tour to help spread the word of the choir and the charities they are raising money for. He has already caught the attention of Polo the Bear in Ralph Lauren, as well as meeting crime authors Ian Rankin and Lee Child.

To all our fantastic followers we would like to introduce 'The Fire Tones' mascot, please meet Siren. Siren will be…

Siren joined members of The Fire Tones as they attended the Mid and West Wales Fire and Rescue Services’ Celebrating Success awards. Here he is with Chief and Deputy Chief Fire Officers Chris Davies and Rob Quin.

Siren is in Swansea this evening at @mawwfire celebrating success awards meeting our Chief and Deputy Chief Fire Officers @MAWWChrisDavies and Rob Quin.
If you see Siren, get a photo and send it to us using the hashtag #SirenTheBear
Have a great evening everyone pic.twitter.com/MkK4OEagkj

Siren has also been joined by The Fire Fighters Charity’s very own Blaze Bear on his national tour. Here they are enjoying a much-needed cup of tea.

Siren is having a relaxing day today with Blaze for a cup of tea and to catch up with all things #TheFireTones! Plenty of exciting things coming very soon so make sure you are following us to find out first! #SirenTheBear #FirefighterFamily pic.twitter.com/rL7HwZR1Lu

Siren has had a relaxing day at @WelshpoolFire Station today ahead of his busy weekend! What station should Simon visit next?

Make sure that if you see Siren, get yourself a selfie and send it us using #SirenTheBear!#TheFireTones #SirenTheBear #DoTheyKnowItsChristmas pic.twitter.com/lYgVvfqtVn

It seems as if everyone wants their very own Siren the bear before we launch our Christmas charity single in aid of @firefighters999 and The Band Aid Trust in just 2 days!

Determined to reach as many people as possible, members of the choir have been speaking to local media about the single and the charities it supports. Here are three of the choir preparing to speak to Shropshire Radio.

Choir members also spoke to BBC Shropshire, which you can listen to via BBC Sounds. (they appear around the 1hr 37minutes mark)

#Southampton firefighter Marc Higgins has joined others around the country to record a #charity single which they hope will be #Christmas number 1 🎶 @thefiretones999 👨‍🚒 pic.twitter.com/5ny0LN97PS

They don’t just fight 🔥 – these guys can really sing too. The Fire Tones are aiming for Christmas number 1 with their charity cover of Band Aid’s Do They Know It’s Christmas? Have a listen here… https://t.co/EXhHq8xSjX https://t.co/kdSB0k139q pic.twitter.com/jEhoImxicP

No strangers to the stage

Among the choir are a few familiar faces, with Nottinghamshire’s Andy Quinn who had previously starred on Michael McIntyre’s Big Show and Marc Higgins from Southampton and Richard Ryan from Worcestershire, both of whom had appeared as contestants on The X Factor.

Back in November 2016, Andy won the hearts of TV viewers when he appeared as the ‘Unexpected Star of the Show’ on Michael McIntyre’s BBC1 programme. Believing he had been called to run a fire safety briefing, little did Andy know he was soon to find himself on the stage, singing Bring Him Home from the musical Les Miserables with a full orchestra.

Southampton fire fighter, Marc Higgins, first appeared on The X Factor in 2010, as part of the group The Reason. They made it to judges houses, but were beaten to a place in the live shows by One Direction. He returned to audition this year as a solo artist, singing Careless Whisper by the late George Michael.

Richard Ryan was also a favourite with TV viewers when he auditioned for The X Factor wearing an outfit entirely chosen by his nan, who watched his audition with host Dermot O’Leary from the wings. Richard made it through the auditions but was knocked out at the six-chair challenge.

Welsh singer and presenter Aled Jones knows all too well about the work it takes to produce a Christmas Number One; as a boy, he sang the much-loved Christmas classic I’m Walking In The Air from The Snowman. He has sent a message of luck to The Fire Tones to help them spread their message and raise as much funds as much for the two charities.

Lovely message of support received today from Welsh singer Aled Jones. Pre-order our CD now via our website https://thefiretones.com/Let’s do something amazing this Christmas raising money for The Fire Fighters Charity and The Band Aid Charity Trust#thefiretones#firefightersfamily#dotheyknowitschristmas

Winner of The Voice 2013, Andrea Begley also sent some words of support.

Thank you to Andrea Begley winner of the Voice UK 2013 for her lovely words of support for ‘The Fire Tones’ Pre-order our CD now via our website https://thefiretones.com/#thefiretones#firefightersfamily#dotheyknowitschristmas

I salute you sweet voiced @thefiretones999 for your brill charity single #dotheyknowitschristmas for @firefighters999 & #TheBandAidCharityTrust. And of course you wonderful ⁦⁦@WelshpoolFire⁩ pals for this top idea. I’m forecasting a sizzling #ChristmasNo1 ! ⁦ pic.twitter.com/DSTHiag0zy

We were honoured last week to receive a visit from @SianWeather!

The Fire Tones are a group of UK Fire Service Personnel who have released a Christmas charity single in aid of @firefighters999 and The Band Aid Trust!

Not content with selling the single to raise funds for The Fire Fighters Charity and Band Aid Charity Trust, The Fire Tones have also started selling merchandise in their online shop. Get your hands on clothing, mugs, key rings and even your own Siren bear, with all proceeds going to the Charity.

When are you setting up your Christmas Tree ? Make sure you add this one addition to your tree this year and help us…

“Finally, we have to say a big thank to our sponsors of the CD,” says Chris. “We couldn’t have done any of this without Mike Harris, The New Saints FC and VCW Security, as well as RoQ Recruitment, who have all helped make this possible.” 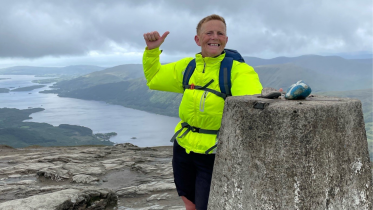 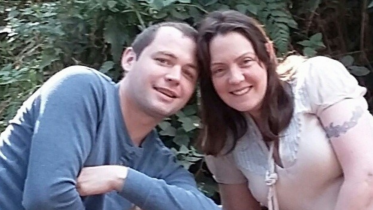 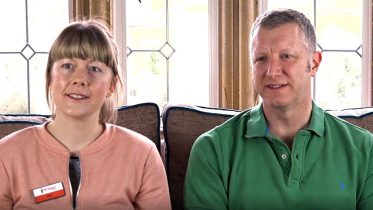 Zoe & Jamie: “It has far exceeded our expectations”