19 volunteers have jumped out of a plane for Bracknell Forest Mayor, Tina McKenzie-Boyle’s charity skydive day raising thousands of pounds for us.

Cllr McKenzie-Boyle, who has a close affinity with the fire service as her father was a firefighter, has been raising funds through several events over the year having chosen to support our Charity for the Mayoral year.

Last October, alongside junior football team Priestwood Vale FC the Mayor helped to raise funds at Bracknell Fire station in our bi-annual National Car Wash League event and commented; “I am immensely proud to be Mayor of Bracknell Forest and hugely proud to be able to say The Fire Fighters Charity is my charity for the Mayoral year.” 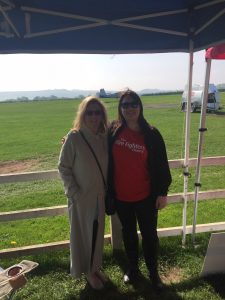 More than £8,000 has been raised so far, and this was further boosted after the daring group jumped from 10,000 feet at the GoSkyDive airfield in Salisbury.

Cllr McKenzie-Boyle said of the skydive: “To jump out of a perfectly serviceable aircraft is completely crazy! The 19 people taking part in the sky dive to support the Mayor’s Charity are a fantastic bunch.

“They are supporting the brave firefighters who put their lives on the line every day.” 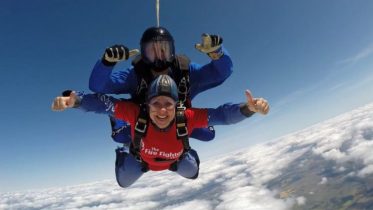 Take on a skydive

If you've been inspired, why not take on your own skydive for us?