We’ve rounded up some of the best images and comments from the car washes that have taken place during March. We love seeing all your images so don’t forget to tag us in your posts, Facebook – @thefirefighterscharity and Twitter – @firefighters999 to keep us updated on all the action.

Thank you to the fab people of Earby for your support at our charity car wash this morning!! Fab effort was busy all morning!! ?? @firefighters999 @LancashireFRS #CarWash pic.twitter.com/bvS0ZMhR3P

@CheshireFire Congleton station car wash finished! Thank you to all for supporting our @firefighters999 Event! Your generosity and support is very much appreciated. We enjoyed working together ?‍???‍????? pic.twitter.com/NyM3vtdqv9

Some amazing news coming in from car washes in the Northwest today! Port Erin with £820, Conlgeton £819, Salford £677.62, Frodsham £420!! Stunning amounts and loads more coming in for @firefighters999 #ThankYou #AmazingPeople

YOU GUYS ARE AWESOME!!!
We raised £831.75p during today’s car wash.
That is an all time record for this Fire Station.
Thankyou to @Jcskitchen777 donating his takings & producing awesome food.
Thank you to everyone who patiently queued today. We are so grateful @firefighters999 pic.twitter.com/1542uATQmq

An amazing ? £1230 ? raised today for the @firefighters999 from Burnley fire station and Green watch ?

We loved having the support of the Stormtroopers

Thanks to @ColneFire for stepping in whilst we had lunch!

?? Thank you to everyone who came and had their car washed pic.twitter.com/o5wG6nW8yZ

Brilliant car wash for #firefighterscharity raising over £1500 even the police got their car cleaned thanks to Jennie from Domino’s for lunch pic.twitter.com/7Nozx4Id3b

Been to see the guys from @HayleCFRS working hard washing cars in aid of @firefighters999! Get down to Asda #Hayle or @NewquayCFRS station to have your car made sparkling clean for a donation of your choice! pic.twitter.com/i5FPWHArIy

A great weekend for @CheshireFire Cadets supporting staff and Firefighters with the @firefighters999 charity Carwash’s across the county. #Firecadets #Charity #Team pic.twitter.com/AchJQHAqEV

Just been to Guildford fire station. Definately the friendliest carwash I’ve ever been to and it’s in aid of the firefighters charity @firefighters999 ❤? Thank you and I hope you raise lots of money! ?❤ https://t.co/2QhhyVZ8PU

Huge thank you to the wonderful crew at #Guildford fire station & @SurreyFRS for their car wash today. So much fun for little ones & raising money for @firefighters999. pic.twitter.com/eWSSdVCpoY

This is why we are called #BlueLight family ?. Firefighters soap up @HantsPolice car to boost charity #CarWash cash for @FireFighters999. This is a great cause – I hope they are cleaning up! #TeamHants #999Family @Gosport18 #Gosport Photo:@GosportPolice ??? pic.twitter.com/JVEDgegpRl

A huge THANK YOU to everyone who supported the #Chatteris car wash today! The crew washed 76 cars & 2 kids scooters? ? , and raised over £730 for @firefighters999 ??? pic.twitter.com/Dvs2ksUX04 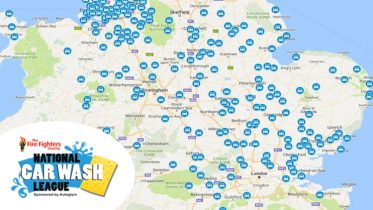 We still have many car washes lined up

Find out more about the National Car Wash League