You’ve only gone and done it again, completely excelling yourself in our National Car Wash League, and smashing last year’s total.

Since last April, you’ve sploshed, sponged and hozed your way to raising an amazing £244,000 worth of funds that we can put directly towards supporting the mental, physical and social needs of the fire and rescue community. So on behalf of everyone you have already helped, are helping right now, and will help in the future, thank you so so much.

Congratulations to the Slough Fire Station who are our winners.

Of course, we know fire personnel love a bit of competition, so it’s only fair we tell you who are the winners of our regional competitions, who managed to raise the most and who will be shortly receiving a hamper of goodies to say thank you.

Amazing effort by our team today @firefighters999 charity car wash day at Newton Abbot Fire Station £735.50 raised in just under 6 hours! @DSFireUpdates time for a rest, no straight to stand by at another station. pic.twitter.com/Qub2DgcCkZ

Need your car washed? @BromleyLFB at #Orpington Blue Watch are hosting a charity car wash TODAY 1100-1700 at Orpington Fire Station & are being helped by our #Bromley #FireCadets. Why not come along, get a squeeky clean car and support @firefighters999 at the same time! pic.twitter.com/VUArywKqkr

Billingshurst Fire Station are pleased to announce that we will be holding our Charity Car Wash on Saturday 23rd March 2019 from 10-4PM. We look forward to seeing you there! pic.twitter.com/m2cqxzvpEz

Charity Car wash yesterday at @fire_scot Perth. Crew members from Green Watch raised £1145 for @firefighters999 charity. Massive thank You to all who donated to this worthwhile cause. @theBSCprogramme @YourCommunityPK @FFC_ScotsandNE @PerthandKinross pic.twitter.com/5ODiZUQGQK

Beautiful day to get your car cleaned by the crew. Come on down to @LangleyFireStn today, here till 4pm and help raise money for @firefighters999 #CarWash pic.twitter.com/ChFL2BcZEG

Peaks Lane Fire Station will be hosting a Charity Car Wash on Saturday 30 March at the Victoria Street @Tesco in Grimsby. Donations will be given to @firefighters999 👏 pic.twitter.com/HSixVsBBXG

Pop down to one of the stations to get your car looking brand new and help us raise money for the @firefighters999! pic.twitter.com/Rp87Hi4E3r

Thank you to everyone who had their cars cleaned at Bidford fire station today. The crew worked really hard raising an amazing total of £970.60 for @firefighters999 Well done to the crew and the Fire and Emergency Support Service team. You all did an amazing job! #Proud pic.twitter.com/HDgUoVNPml

Would like to say a massive thank you to everyone who came to our car wash today at the high school, we made a whopping £921.37 for the firefighters charity! @firefighters999 . #machynlleth #fire #Firefightercharity #Maww #midandwestwalesfireandrescue pic.twitter.com/Qw6dSgGwOU

Is your car in need of a clean? Keep an eye out for car washes at your local fire stations throughout March 🚗 https://t.co/J05kf07WW9

That face you make when you realise there are three charity car washes happening across the county on Saturday (30 March)! All funds raised go to @firefighters999 !
🚗Bingham 10am – 3pm
🚗Worksop 10am – 2pm
🚗Carlton 10am – 3pm pic.twitter.com/ykgZ7mpmsn 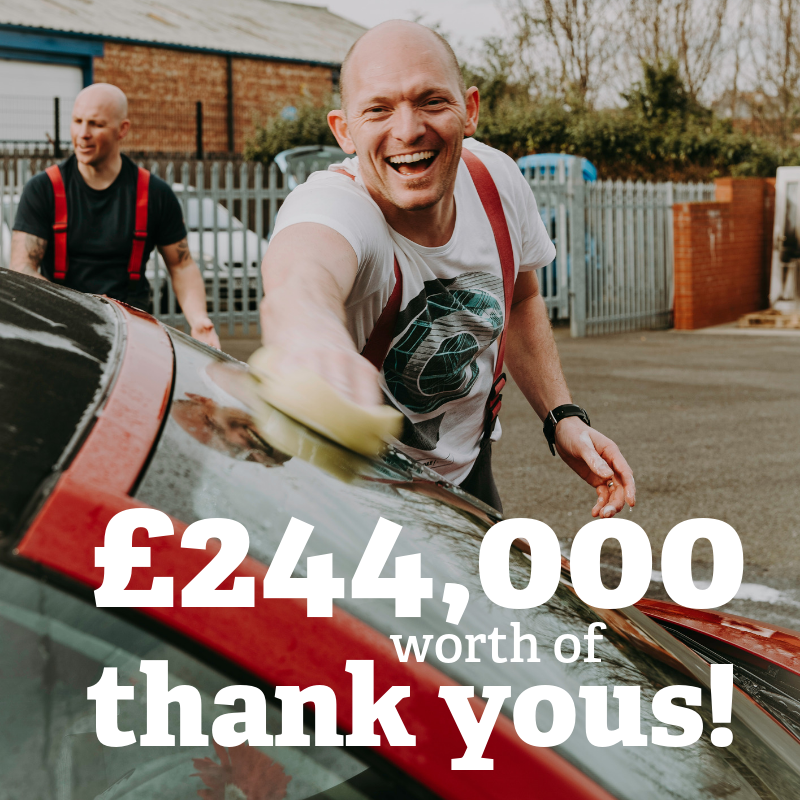