On a hot Sunday in London, four firefighters are hurtling down a winding country lane with their engine’s lights flashing and siren glaring, trying to reach their destination as quickly as possible. No, there wasn’t an incident they were trying to get to. They were taking part in the Red Bull Soapbox race 2019. And what’s more, Hot Runnings managed to make it over the line in one piece to finish in seventh place, and raise nearly £1,000 for The Fire Fighters Charity int the process.

“It was an absolutely brilliant day and we had so much fun,” says Croydon firefighter Emma Watling, who was part of the team taking part. “The team survived, the Firebob came back in one piece, and we’re all so happy to have come seventh out of 66 teams! We’re very happy, Captain Peet Boxhall got to the end of the track in 39.95 seconds, which is not too shabby at all.” 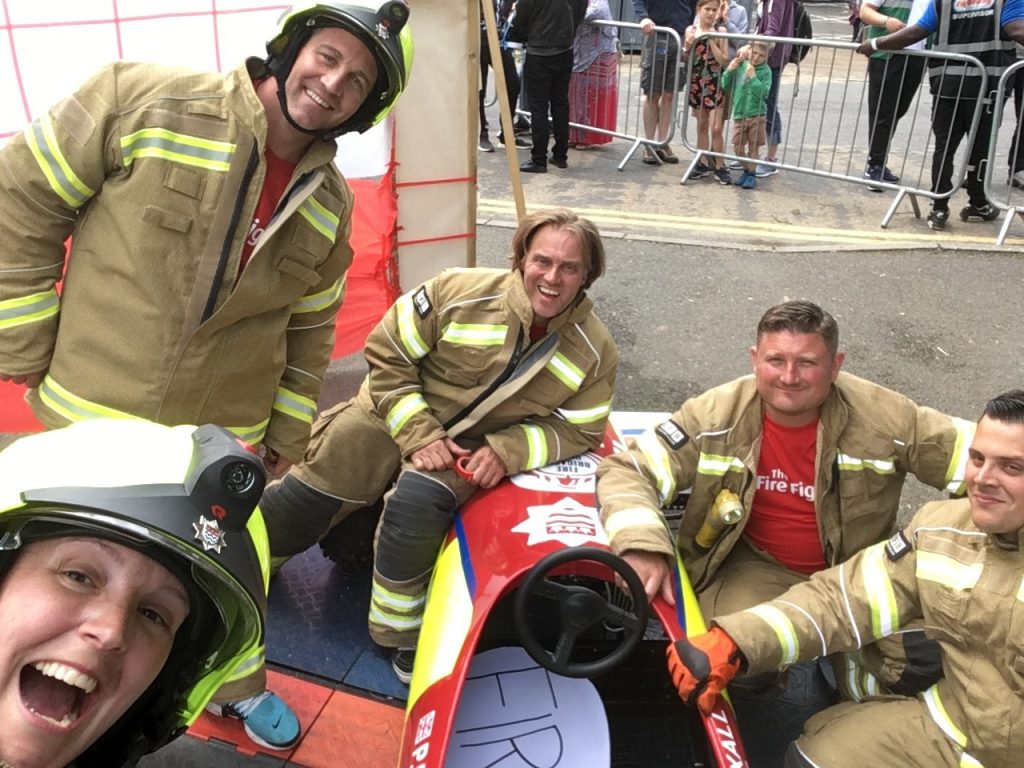 Organised by Peet to raise money for the Charity that has done so much to support them and their colleagues, the team set their sights on raising £1,000. Thanks to donations via their justgiving page and bucket collections on the day, they are not far off their target. 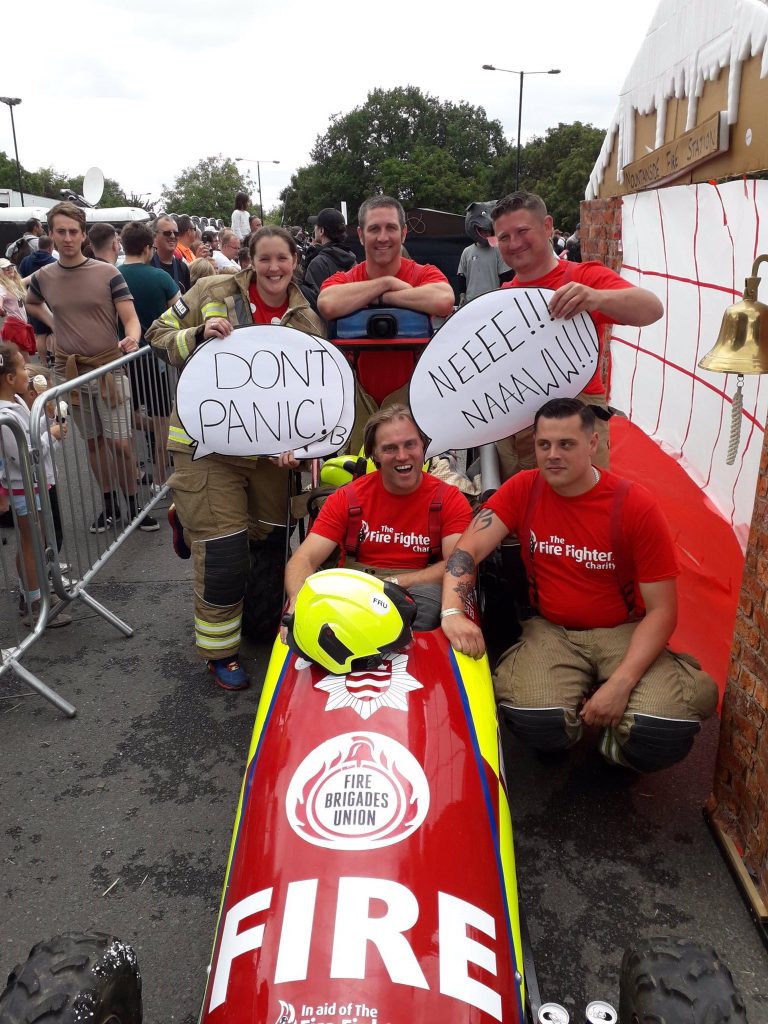 “I took part in the event two years ago, and thought it would be fun to do it again and raise money for The Fire Fighters Charity,” says Peet. “I’ve been supported by the Charity myself, after I injured my back in a snowboarding accident. I ignored the pain and took part in the London Marathon to raise money for a different charity, and managed to push out three discs in my spine. I was in agony and couldn’t walk further than 100m. I thought my fire career was over, but I applied to the Charity for help. They offered me two visits to Marine Court and within my first week I was up and walking again, it was amazing, and as a result, I would do anything for the Charity to say thank you.” 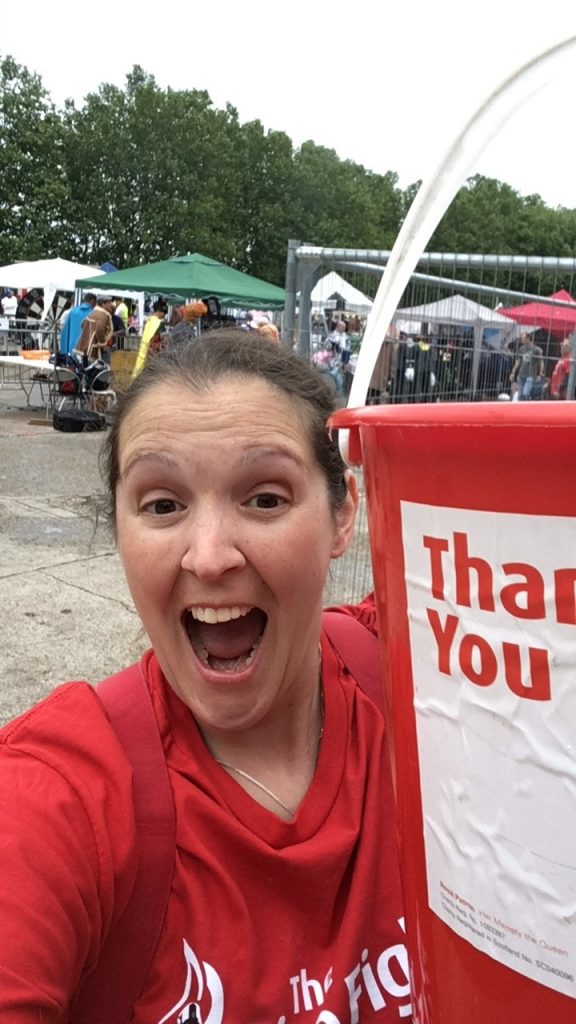 The team used a converted Team GB bobsleigh, which was painted official fire engine red by the London Fire Brigade, and even had a blue light and neenaw siren. 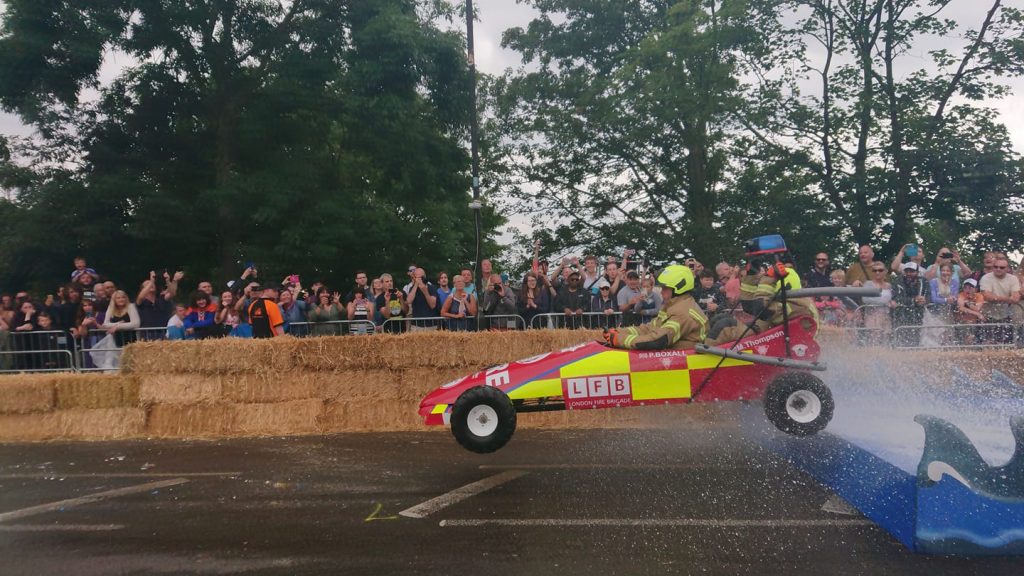 Congratulations to the team for coming in the top ten, and behalf of everyone at The Fire Fighters Charity and the people we support, thank you for your amazing efforts.