The Nomination deadline has been extended for The Spirit of Fire Awards 2018, the prestigious awards ceremony held by The Fire Fighters Charity to recognise the incredible hard work, dedication and support shown to us by members of the UK fire services community.

As we can now confirm the ceremony will be held on Thursday 21st June, at a central London venue, followed by a Downing Street reception we are extending the nomination process for those that missed the deadline. We are again asking for the support of our volunteers to help inform all fire and rescue staff of their eligibility to nominate deserving friends and colleagues for awards. We would like to recognise efforts from across The Fire Fighters Charity beneficiary base including firefighters, control staff, non-uniform, those who have retired from any of those roles and dependants.

Dr Jill Tolfrey, Chief Executive of The Fire Fighters Charity, said of The Spirit of Fire Awards: “We’re delighted to be holding a Spirit of Fire event in our 75th anniversary year and are looking forward to receiving nominations from all corners of the UK for our 10 awards. However, the support of fire and rescue services in helping to spread the word and in encouraging staff to nominate their colleagues is vital. The coming few weeks are their opportunity to ensure that the people who they admire get the recognition that they deserve. So if there’s someone or a group of people, who you think deserve an award this summer, nominate them today.”

With awards covering 10 categories, nominations are open to anyone wishing to nominate an individual or team deserving of special recognition for all that they have achieved in helping us since the Charity’s last awards ceremony in 2015. Those categories are:

Click the links above to nominate your winners today. Simply complete the form with as much detail as you can. Don’t worry about writing a perfectly formed piece of prose either. We will assist with the compilation of nominations to ensure that all are presented to the judging panel in the same format and to the same style and standard.

The extended deadline for nominations is midday on Monday 26 February, 2018. 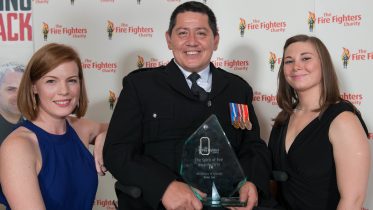 A reminder of our winners from Spirit of Fire 2015 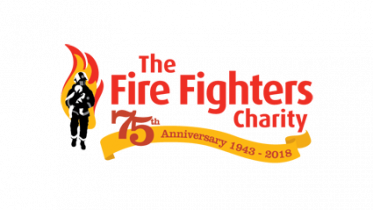 More about our 75th anniversary

What's coming up over the next 12 months? 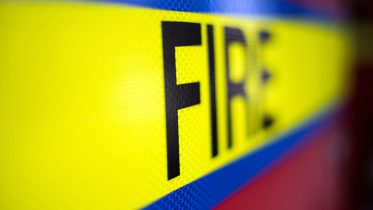 Click here to go straight to our nomination form