Bernadette Travers, 58, who now resides in Penmaenmawr, North Wales signed up to the #My75Miles challenge in memory of her husband Mark, but easily completed her 75 miles earlier this year. After a suggestion from her daughter Siân Davies, they have now set out to complete more than ten times this distance.

The ‘In Memory of Mark Travers’ Team Page
Bernadette and Mark met after he had retired following 33 years with Staffordshire Fire and Rescue Service, when her daughter Siân joined the Air Cadets.

“Mark and I were together 13 years and would have been married 10 years this August. We were best friends long before we realised we had fallen in love. 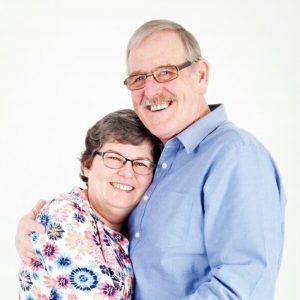 “I took early retirement so we could spend our twilight years enjoying the North Wales coast, it wasn’t to be and Mark died of lung cancer at the age of 67, three months after we moved in November last year.

“We were very much in love and crammed in more in those few years together than a lot of couples do in 60 years of marriage. He was a great stepfather and grandad.

“I wanted to do something in Mark’s memory and I saw the #My75Miles challenge, my daughter and two of my old school friends came on board and we formed the team in memory of Mark.

“I found I completed the 75 miles very quickly and my daughter suggested we walked one mile per month Mark lived, so our new target became 805 miles each. I live within walking distance of both the sea and the mountains and every day I take a special walk to add to my miles. 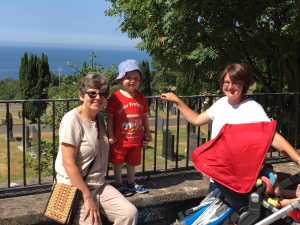 “Siân walks pushing a double pushchair containing a two-and-a-half-year-old and a six-month-old baby, which is no mean feat if you know Penmaenmawr as it’s built on the side of a mountain!

“I’ve lost one and a half stone and dropped two dress sizes along the way, so not only is the Charity benefiting but so is my health. 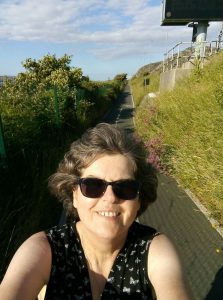 “I want The Fire Fighters Charity to benefit from my fundraising as I recognise what a valuable role it plays in helping the recovery of injured firefighters, not all injuries are physical, these heroes go into situations many could not imagine and they carry those images with them.” 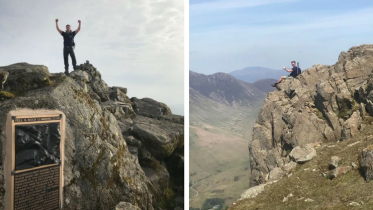 This is #My75Miles: Christopher Davison

Crew Manager for Tyne and Wear, Chris Davison, will hike his 75 miles in Cumbria’s Lake District National Park later this month, with the aim of completing them within 75 hours.