Colin, 61, a self-employed mobile mechanic from Winchester has completed his 75 miles over three days, beginning at Winchester Fire Station and finishing in Brighton.

Colin’s 75 miles page
Colin has no affiliation to the fire and rescue service and became aware of the #My75Miles challenge after responding to a call asking for people to be involved in the Charity’s promotional video. 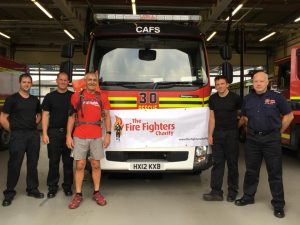 He said: “It was only when I saw the end result of photos and the video, that I wanted to be part of the #My75Miles challenge. I decided to do my entire challenge in one event and organise the route I would take.”

Colin decided on a route along the South Downs Way and visited the following stations on his journey: 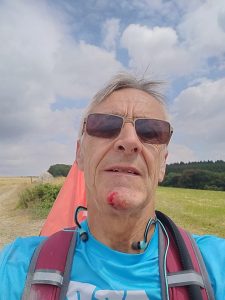 Day 2 – 25.4 miles
Petersfield – Littlehampton, where Colin was welcomed by the team at our Marine Court centre and rested for the night.

“I found it enjoyable, although not every step of the way, due to heat, falling and lack of water, but overall I’m very glad that I could support such a great charity.” 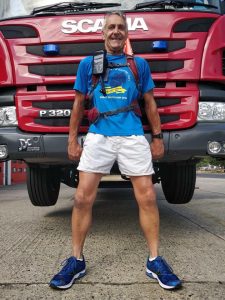 Colin is good friends with the Charity’s Sales Manager Kevin Biles and said of his support: “Kev’s input with text messages and sharing my posts throughout made me more determined to finish.” 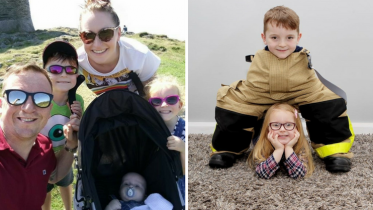 This is #My75Miles: The Cowley Family

William and Aalin Cowley, aged 7 and 4, will be working hard over the summer holidays to complete their 75 miles, with a little help from mum, dad and baby brother, six-month old George.