Each week we are also showcasing one of our 75Milers and this week it’s the turn of Karla Stevenson, 37, Watch Manager at Marionville Fire Station in Edinburgh.

Karla’s 75 Miles Page
“I’m taking part to raise funds for the Charity because without them I wouldn’t be doing the job I have now. I received their help back in 2004 after major knee surgery and this is my way of saying thank you.” 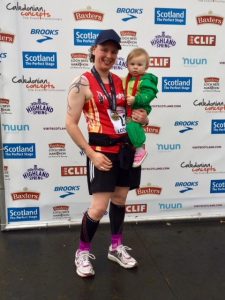 “I had my cruciate ligament in my knee reconstructed after an accident. I spent two weeks at Jubilee House in Penrith where they not only helped me physically, but mentally too as I’d lost confidence in my knees ability to withstand activities such as firefighting.”

“I was retained at the time and would not have been able to apply for wholetime if my knee had not recovered fully so feel I owe the charity a lot.” 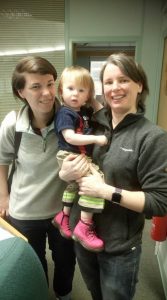 Karla, with her partner Michelle and daughter Brèagha

“I ran the Loch Ness marathon last year (after giving birth a year previously) and 50% of donations went towards the Charity. I feel that the #My75Miles challenge is a good way of keeping motivated all year and gives folk a longer window to donate.”

“I’m planning on running my 75 miles, which will include the Isle of Skye half marathon in June.”

“I’m finding it a little tough so far after a chest infection and winter of flu and colds! Juggling shifts with looking after my daughter Brèagha can be tricky but I can combine runs in the park with her in the play park with my partner, Michelle.” 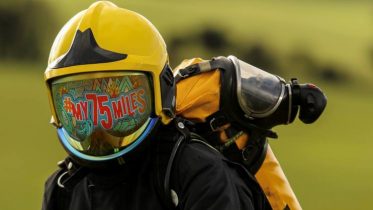 This is #My75Miles: Flame