Completing a marathon is something many people will only manage once in their life – and the achievement is huge. But imagine doing three and a half of them… in just four weeks?

That’s exactly what Kent Fire and Rescue Service volunteer Tobias Ullyett, 30, did this year – all in aid of the Charity. And he was so dedicated to the challenge, he even did a 5K training run on his wedding day. 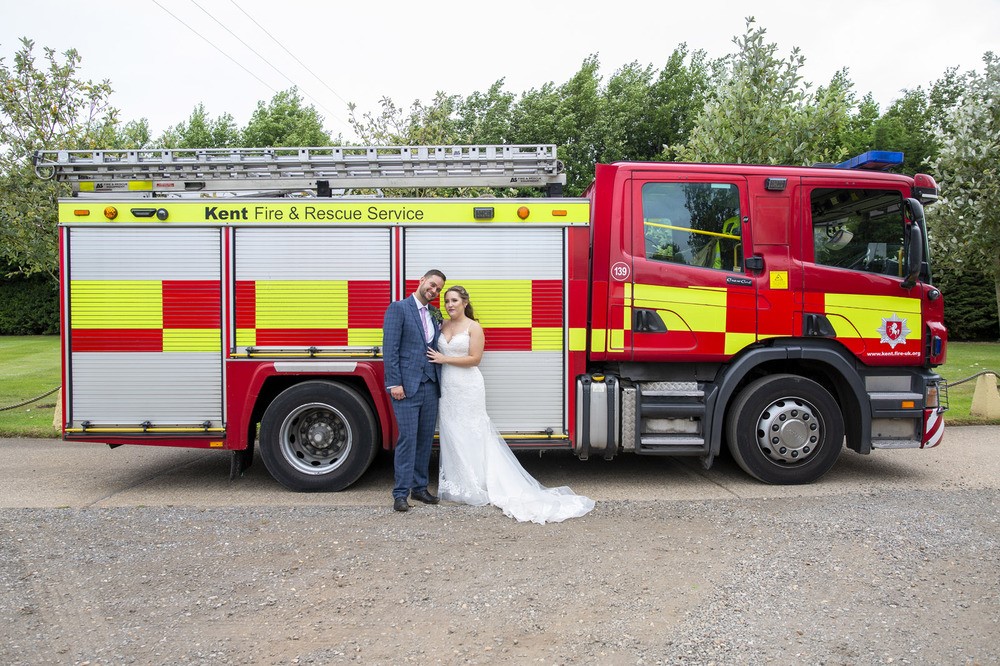 Tobias is a community, safety and engagement officer with the service and wanted to give back to the Charity he’s seen support multiple of his colleagues over the years. And rather than stopping with the Brighton Marathon, he piled three more races onto his To Do list for the season. 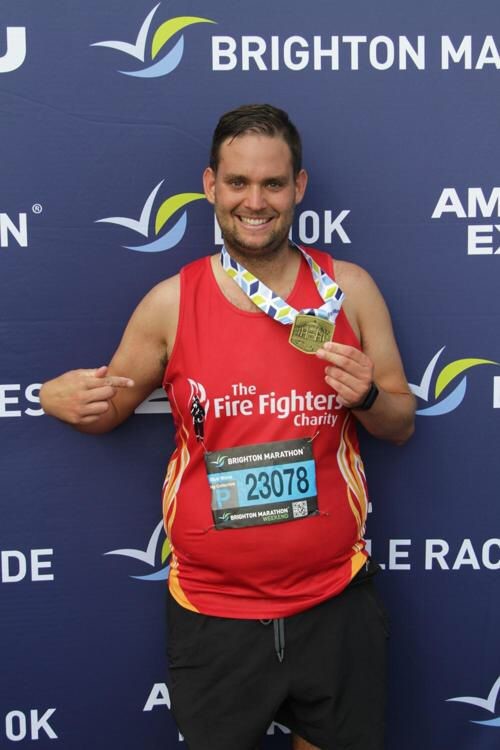 Starting with the Brighton Marathon on 12 September, Tobias then went on to run the 4 Castles Challenge – a half marathon – two weeks later, closely followed by London’s virtual one and finally the Manchester Marathon the week after. 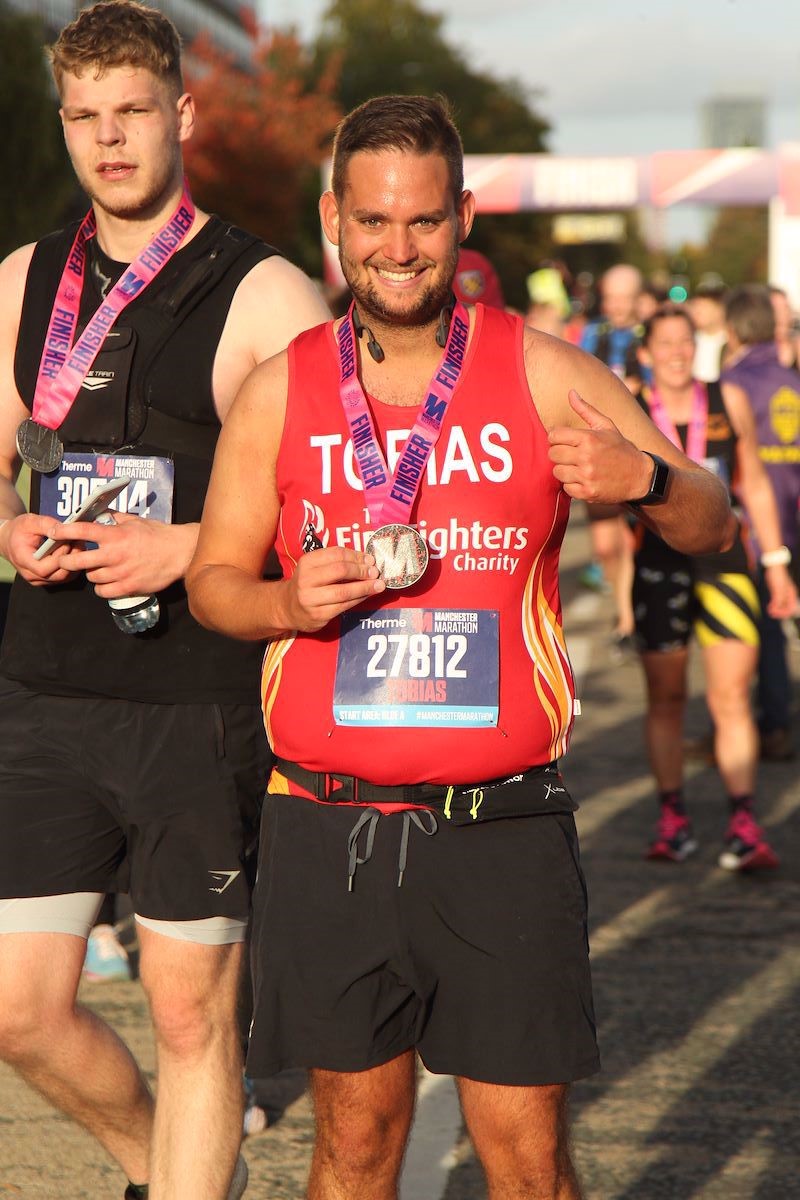 “The challenge just kept getting bigger and bigger. With Covid, it was hard to keep training, so I had to set myself that bit more of a challenge. 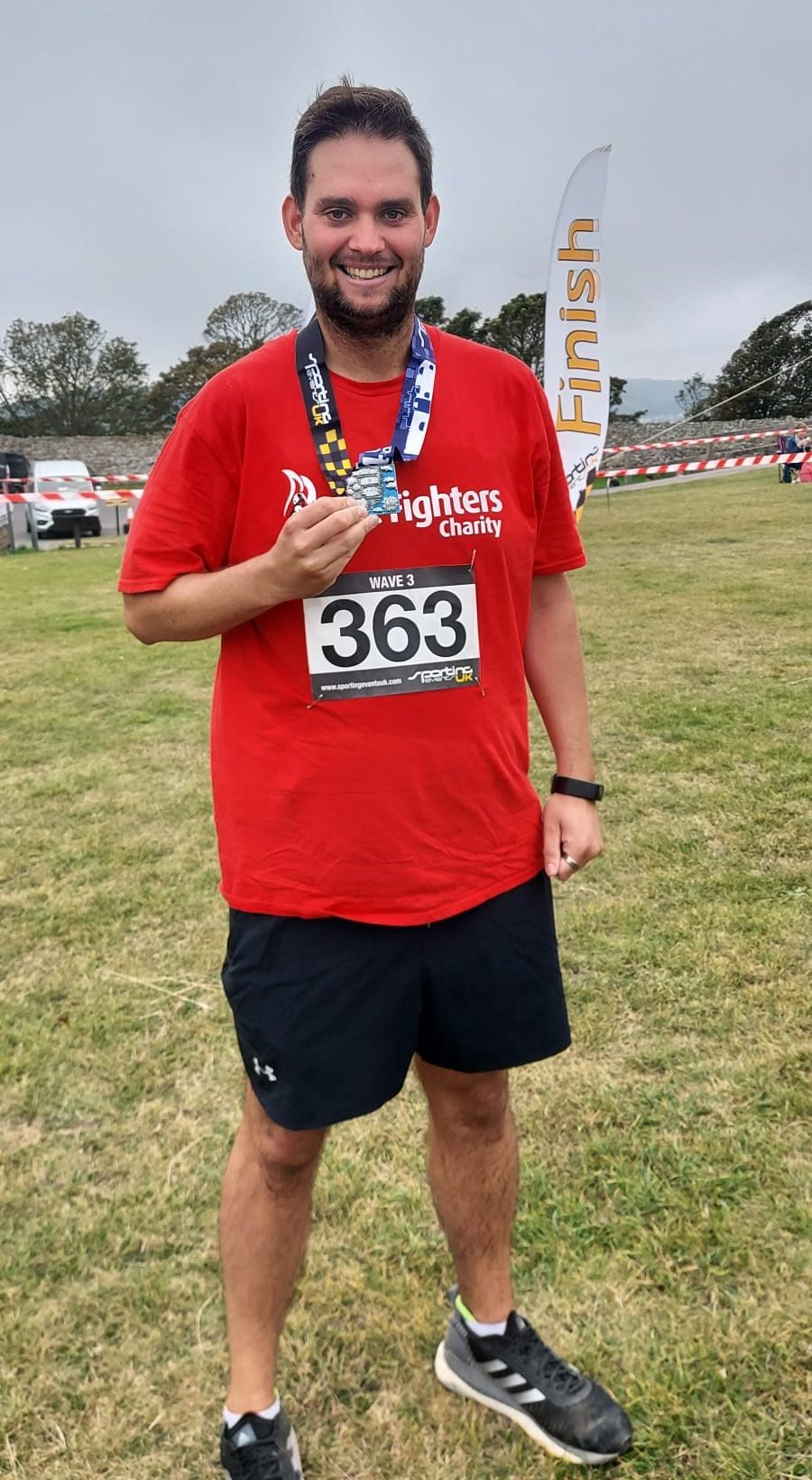 “To top it all off, I got married at the beginning of September… my training had to take second best a bit round that, but it did still kind of take over, to the point I even went out on my wedding day for a 5K!”

Tobias tied the knot with his new wife Ellie shortly before the stint of runs – before smashing all four of them. 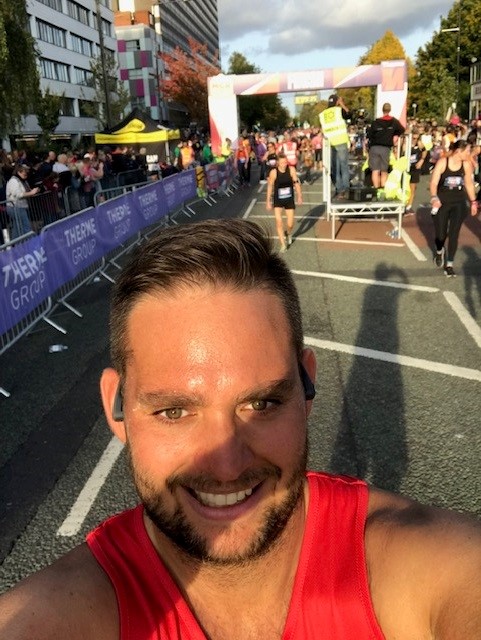 “I’ve got high functioning autism so I volunteer for Kent FRS part-time and subsequently I’ve been doing a few Car Washes and things like that,” says Tobias.

“I just thought, well I like being outdoors, I like running for my mental wellbeing, so why not do something which is supporting my colleagues? I do know a few people that have been helped by the Charity. One has children with learning difficulties who’s been away, some have had some physiotherapy at Jubilee House in Penrith, and more have been supported by the Charity with their mental health. 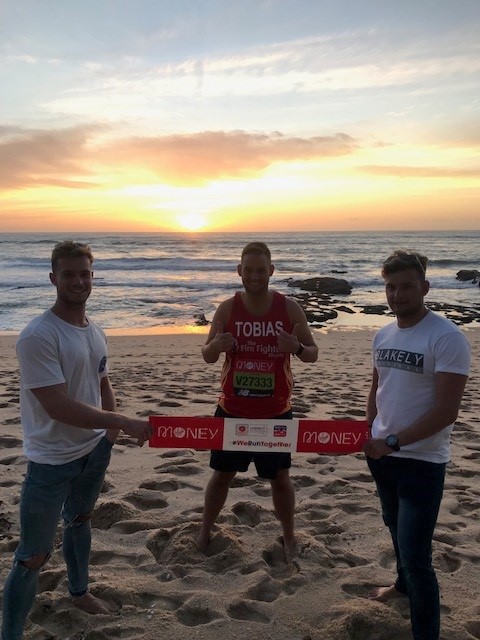 “I’ve been told that I’m eligible too, as a volunteer and support staff, but I’ve not felt in need of them yet. However I feel, by me doing a little bit, raising awareness, raising a bit of money, if in the future I did need to tap into it I’ve done my little bit for it.

“You hear a lot about the bigger charities like Mind and Help For Heroes, but you don’t always hear as much about these specific charities and services, so for me it was more about raising awareness.”

A huge thank you to Tobias from everyone here at the Charity – what an achievement!