Climbing up and down Snowdon in rapidly changing conditions is a hard enough feat – but one team of fire service personnel did it while carrying a replica fire engine with them, all in aid of the Charity.

The 40-strong group from West Midlands Fire and Rescue Service took it in turns carrying the mini engine on their shoulders, two at a time, while being supported by their colleagues and friends along the way.

And they’ve raised more than £1,000 for the Charity in the process. 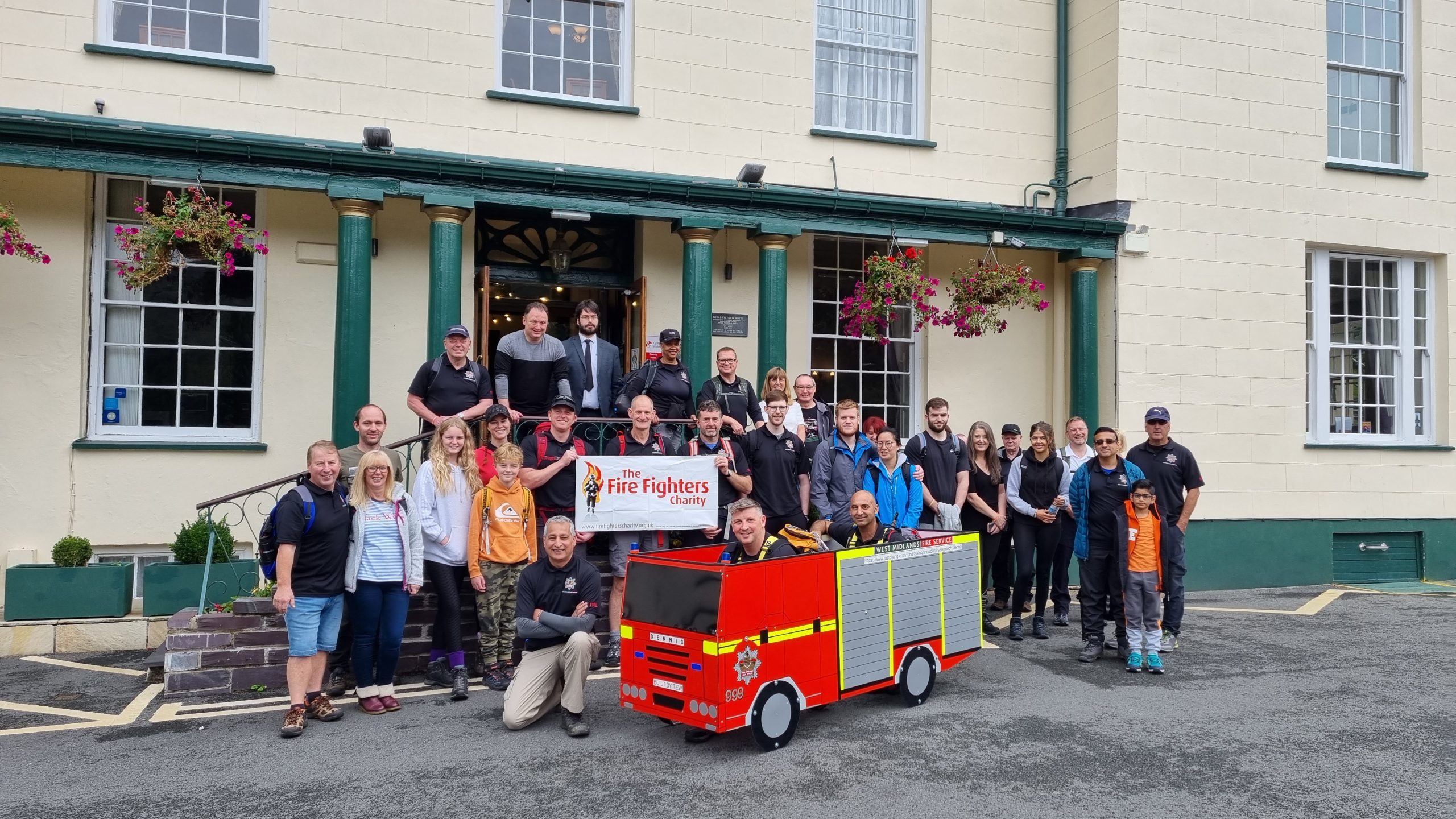 Communications and Infrastructure Engineer, Aghia Pal Singh, first came up with the idea pre-pandemic, before delaying it for when the team could once again meet face-to-face.

He says: “It was about team building, a bit about our mental health… and suddenly I had this crazy idea from there!

“I spoke to our workshop and told them I wanted a fire engine… I knew I couldn’t exactly take a real one, so they came back and they’d bought me a toy fire engine! Anyway, they then went away and built a replica one with aluminium framework, it was great. 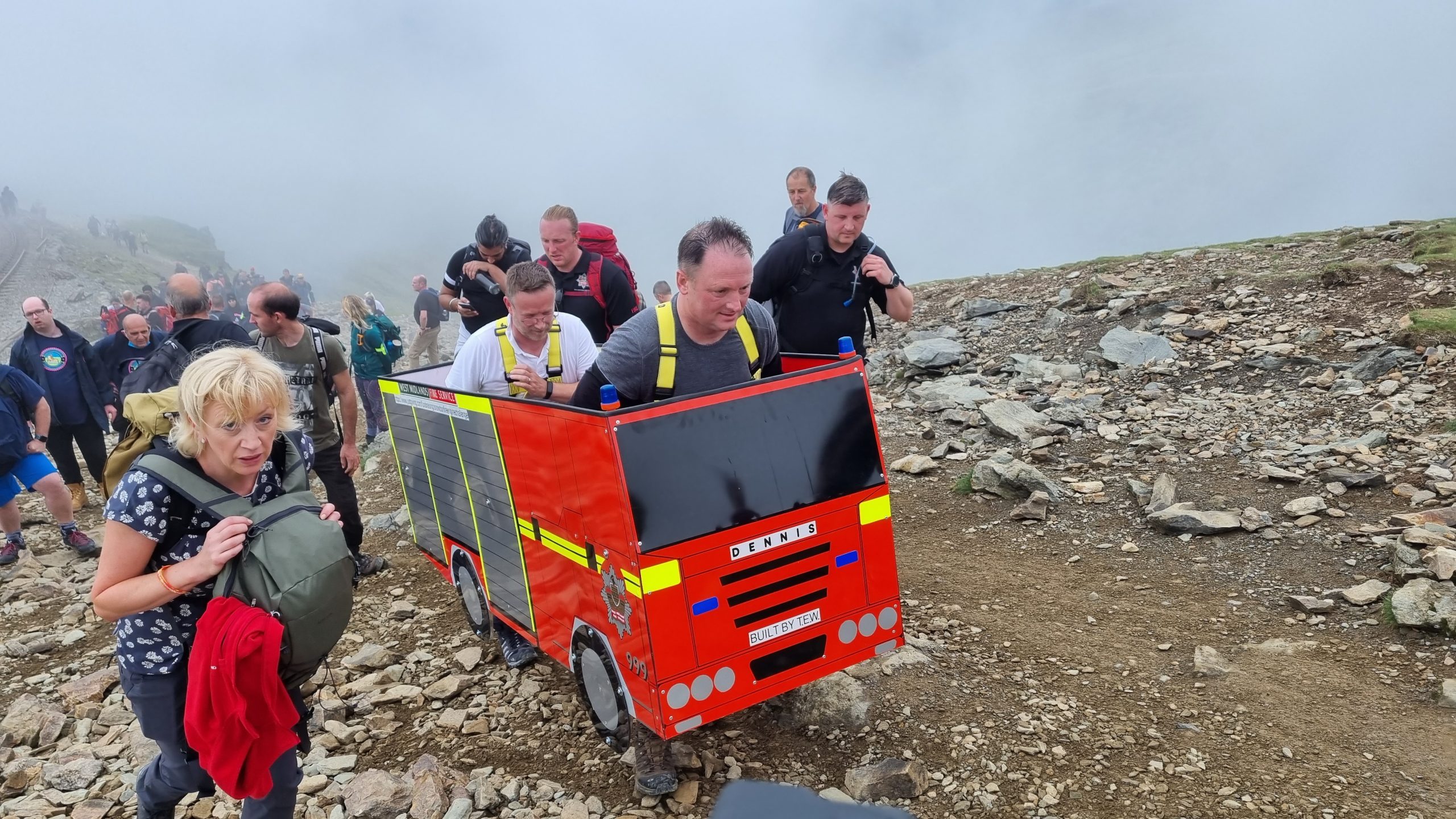 “Originally we wanted four people, one on each corner, to carry it up. But they developed it further with harnesses so two people could go inside it and carry it on their shoulders. It would have been okay for firefighters because they’ve got the grip, but for people like me who aren’t firefighters, we wouldn’t be able to hold it for long.

“Now they’ve said they’re going to put a door on and we’re going to donate that to the Charity so that every time they do Open Days, we can put it up in the corner with everything else from the Charity’s store and put a bench inside so people can sit down and we charge them 50p or £1 or whatever for a photo.

“It’s about keeping it going.” 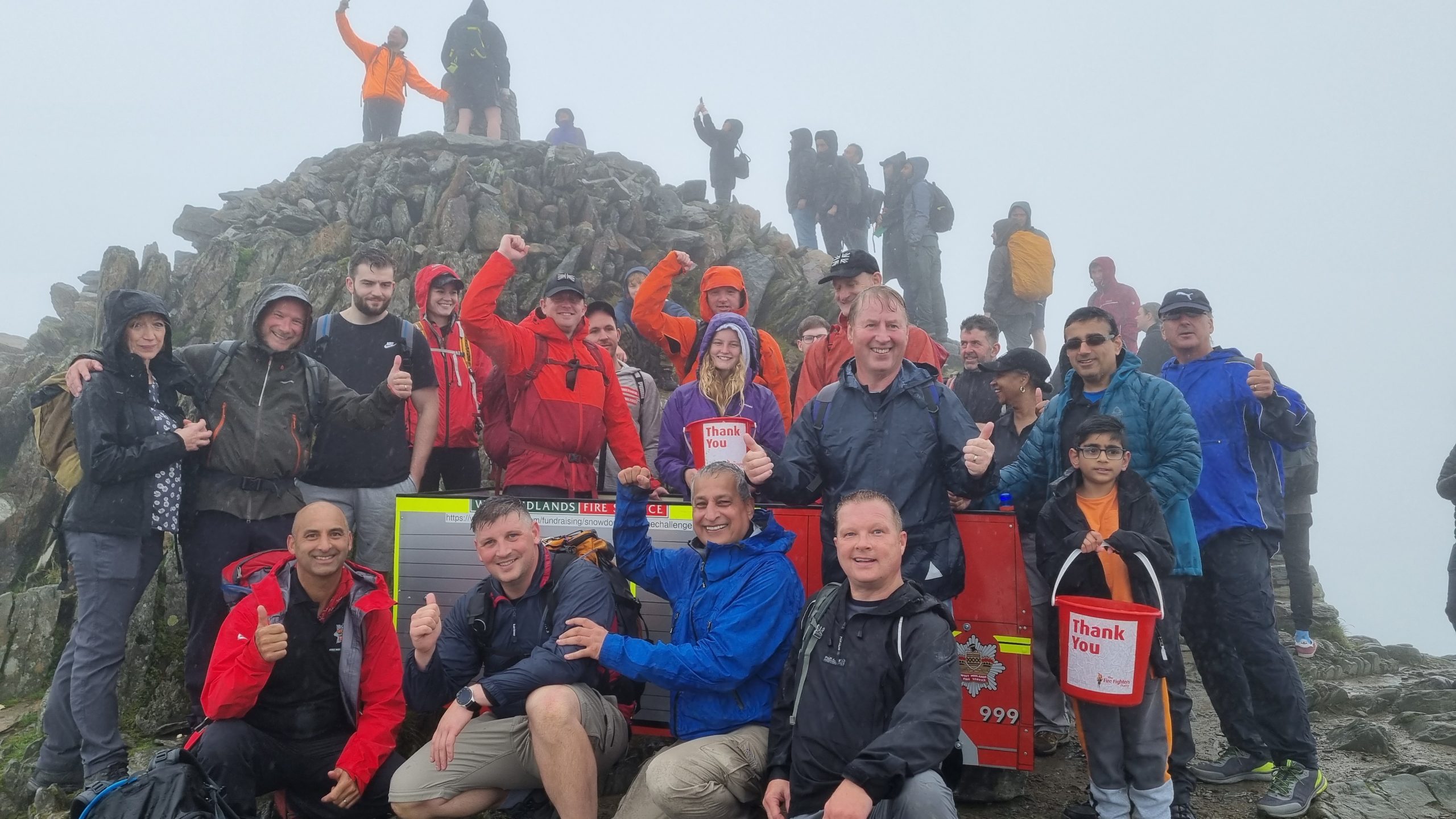 He adds: “It was fantastic the support we got, from support staff, firefighters, friends and family.”

Aghia knows first-hand how the Charity supports beneficiaries, having been helped around 20 years ago himself following a back injury at our centre in Cumbria.

“I went to Jubilee House for two weeks,” he adds. “I understand first-hand what fantastic work the Charity does. For me personally, it wasn’t just my back injury you were treating, you were treating me holistically in other areas as well. 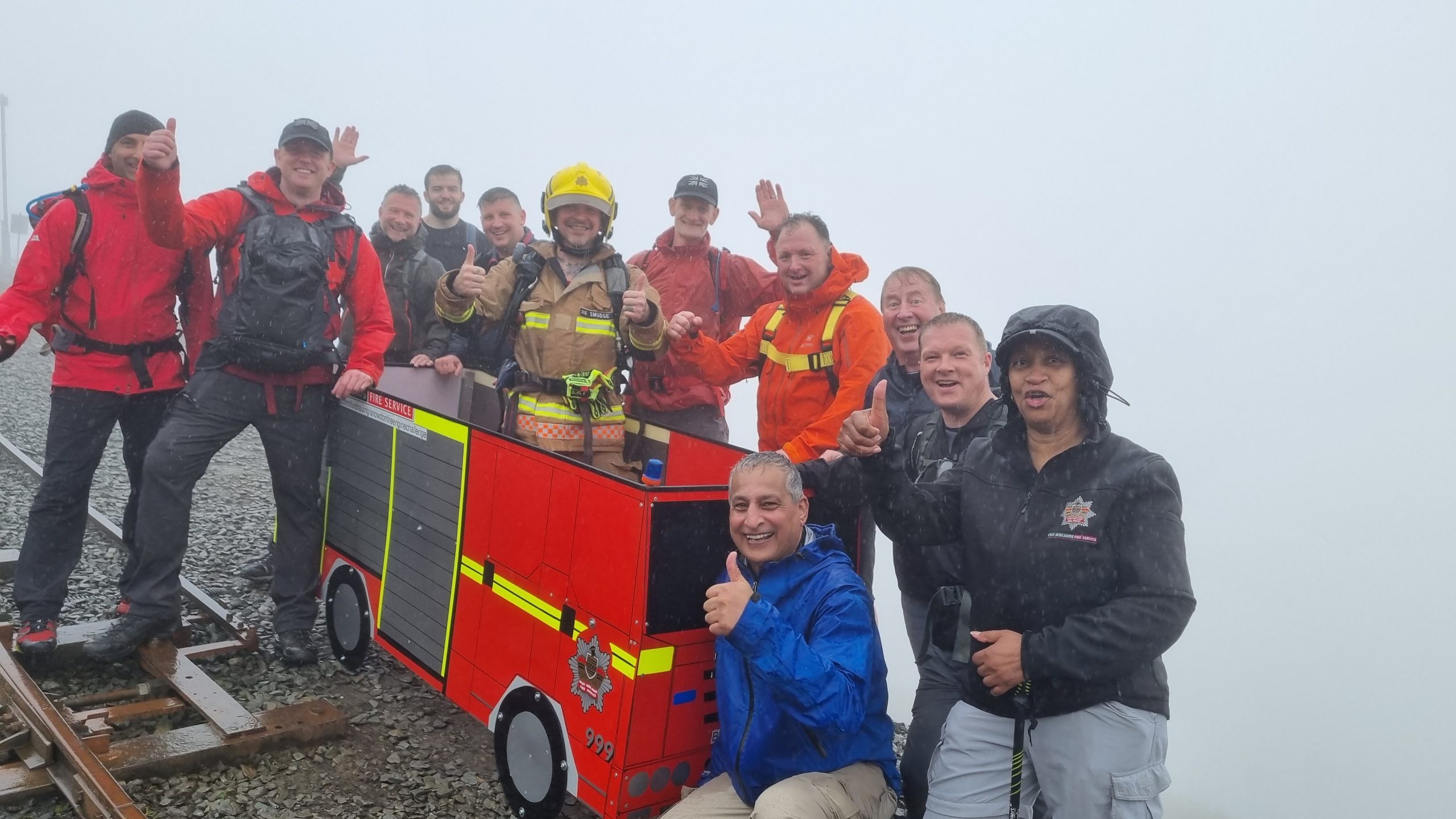 “Whenever I’ve seen people since going through a lot of different issues, whether with their physical or mental health, I’ve recommended they get in touch with the Charity.”

To support the team’s fundraising efforts, you can donate to them here.