First day back from Penrith & my new bike is here! Straight out on it this morning with @Danielle_l23 to continue smashing some leg strengthening work after a brilliant week at Jubilee House! @firefighters999 #gettingstronger #aclreconstruction pic.twitter.com/OPGJaKOHmH

The #LondonMarathon is getting closer and the miles are getting harder. Running for such a great charity such as @firefighters999 makes it so much easier though. If you can spare any sponsorship then please donate via link in my bio. Thank you so much pic.twitter.com/Wh3Oe2Tm2o

Well done to our weary guys on their amazing achievement in the #looetenmiler going to be sore tomorrow 😱 pic.twitter.com/vAgaYUoo2Z

81 days to go until @LondonMarathon . My biggest challenge to date for @firefighters999 . If you wish to donate click the link, thank you. https://t.co/rm6fKI7oNP pic.twitter.com/P5e4X24Hsw

My story, my challenge. Taking it head on the only way I know how. #mentalhealthawareness. Please donate if you can 🚒 @firefighters999 @PTSD999 https://t.co/oUga2rHqdX

Kelly Pacey completed a fantastic 8 hours of solid Zumba for our Charity, 2 hours in fire kit! A pump and crew came along in support and even joined in for a song. Congratulations Kelly! 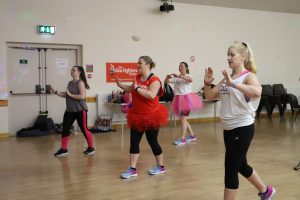 We’ve just had a lovely visit from Kerry James from @firefighters999 @Hants_fire @ExguidesTreks1 @KerryJamesFFC
Our final total of money raised is: £19735.74
This will make a massive difference! Thank you all for your support!

Anyone in West Sussex with interest in honest football: tomorrow’s (feb 8th) game between @ThreeBridgesFC and @egtfcwasps has a charity collection in memory of a cousin, Simon Constable. Proceeds to @firefighters999 and @TheStrokeAssoc – both massively deserving of support. pic.twitter.com/IaYOw8f8lg

Posted by Lyndhurst-Bodmin on Wednesday, February 12, 2020

Massive well done to Patrick Hollins who completed the World's Toughest Mudder! The 24 hour obstacle course saw Patrick take on extreme obstacles to raise money for @firefighters999 If you would like to donate visit https://t.co/AVnhWBVgZj pic.twitter.com/xywn1pavhT

Great to see @seannic32562095 tonight for a trot up the #Wrekin in his 100 day challenge. Sean is raising money for @firefighters999 Please do what you can to support this great effort and charity by visiting his page. #firefamily #MentalHealthMatters Thanks to @SFRS_Wellington pic.twitter.com/Usr16k6c78

WOW! A big thanks to everyone who attended our bake sale today. An amazing £181.12 was raised. Proceeds will be split between the @firefighters999 and @wwf_uk for the Emergency Australian bushfires appeal. The children chose both worthwhile charities after this term’s learning. pic.twitter.com/R3EDMMHRwG

This evening we welcomed Jeff from The Fire Fighters Charity. We presented them with a cheque for £900 after the community of Kidwelly and Mynyddygarreg donated during our Santa run last year. A truly admirable and generous community.@firefighters999 pic.twitter.com/NwJbXCch6R

Earlier this week, @MerseyFire's @Firefighters999 committee were presented with a chocolate hamper in recognition of coming top in the North West & Yorkshire for their Christmas campaign – they raised an amazing £3⃣,0⃣0⃣0⃣. pic.twitter.com/Aywp6ZrXlT

Our former crew manager Stuart is taking on the @LondonMarathon He is raising money for
Clevah, is my local charity started by the Cruxtons in honor of the amazing Maddy. Stuarts second charity is @firefighters999
just click the link to donate https://t.co/Tag2rn4LwI pic.twitter.com/x68X07TjSq

@LondonFire Cadets and instructors from @BromleyLFB raised a fantastic £210.25 at the @bromleyfc match over the weekend for @firefighters999 Thank you for all the donations and well done Cadets! pic.twitter.com/U9KH3LIdTa

Casey has been a retained firefighter at @Turners_Fire for almost five years and will be climbing #MountSnowdon in March in aid of @firefighters999. Find out how to support him here: https://t.co/BXDrQveiQ5 #FireFamily #TurnersHill pic.twitter.com/cPyssvMdXS