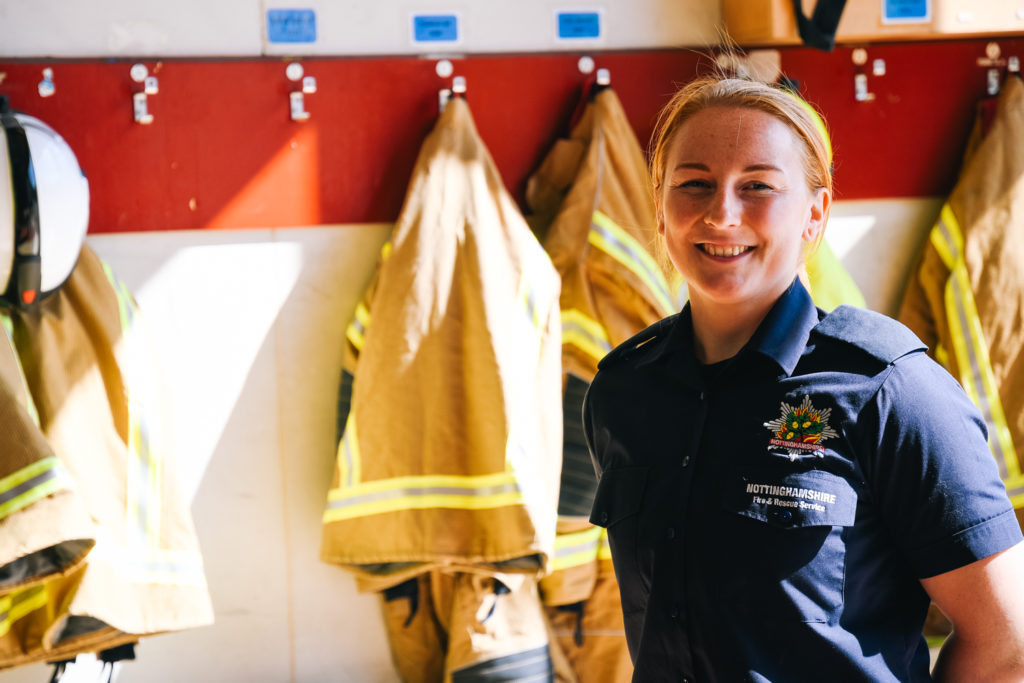 A knee injury sustained just nine months into her career could have taken Nottingham firefighter Danielle Lee off the run for a year, had it not been for the help she received from The Fire Fighters Charity. Instead she was back at work in a matter of months.

Danielle Lee was less than a year into her career with Nottinghamshire Fire and Rescue Service when she suffered an injury that could have meant the end of her dreams to be a firefighter.

An avid kickboxer outside of her time spent at Arnold Fire Station in Nottingham, Danielle managed to snap two ligaments in her knee during a practise one night in May 2019.

“I went from being a picture of health to not able to walk within minutes,” says Danielle. “The outlook wasn’t great. With this type of injury, you could be looking at anything from nine to twelve months’ recovery. It’s a very long process, and I was still on probation at this point as I was only nine months into my role, so naturally I was worried.”

An MRI confirmed she had snapped both her medial collateral ligament (MCL) and anterior cruciate ligament (ACL). While the MCL could potentially have healed itself within 6-12 weeks, a consultation with her surgeon left Danielle facing the prospect of having major surgery to reconstruct her ACL.

“While this was going on, I contacted The Fire Fighters Charity, because you’d helped a friend who had a similar injury to her ACL, to see what could be done for me,” she says. “For some strange reason, I was making more progress with movement than my injury should have allowed on paper. Within three or four weeks, I could walk up and down the stairs without crutches, so I thought maybe you could help me.

“When I spoke to a physio at the Charity, he was reluctant to see me so soon after my injury because of how much pain I should have been in. But during a video call I explained where I was at with my progress and he asked me to demonstrate, to see if there was anything I could benefit from at this point. When I could do a squat without grimacing, I think he was quite surprised! So I was invited for a week at Penrith.”

Five weeks after first getting hurt – and against all expectation of this type of injury – Danielle visited Jubilee House, our recovery centre in Cumbria. 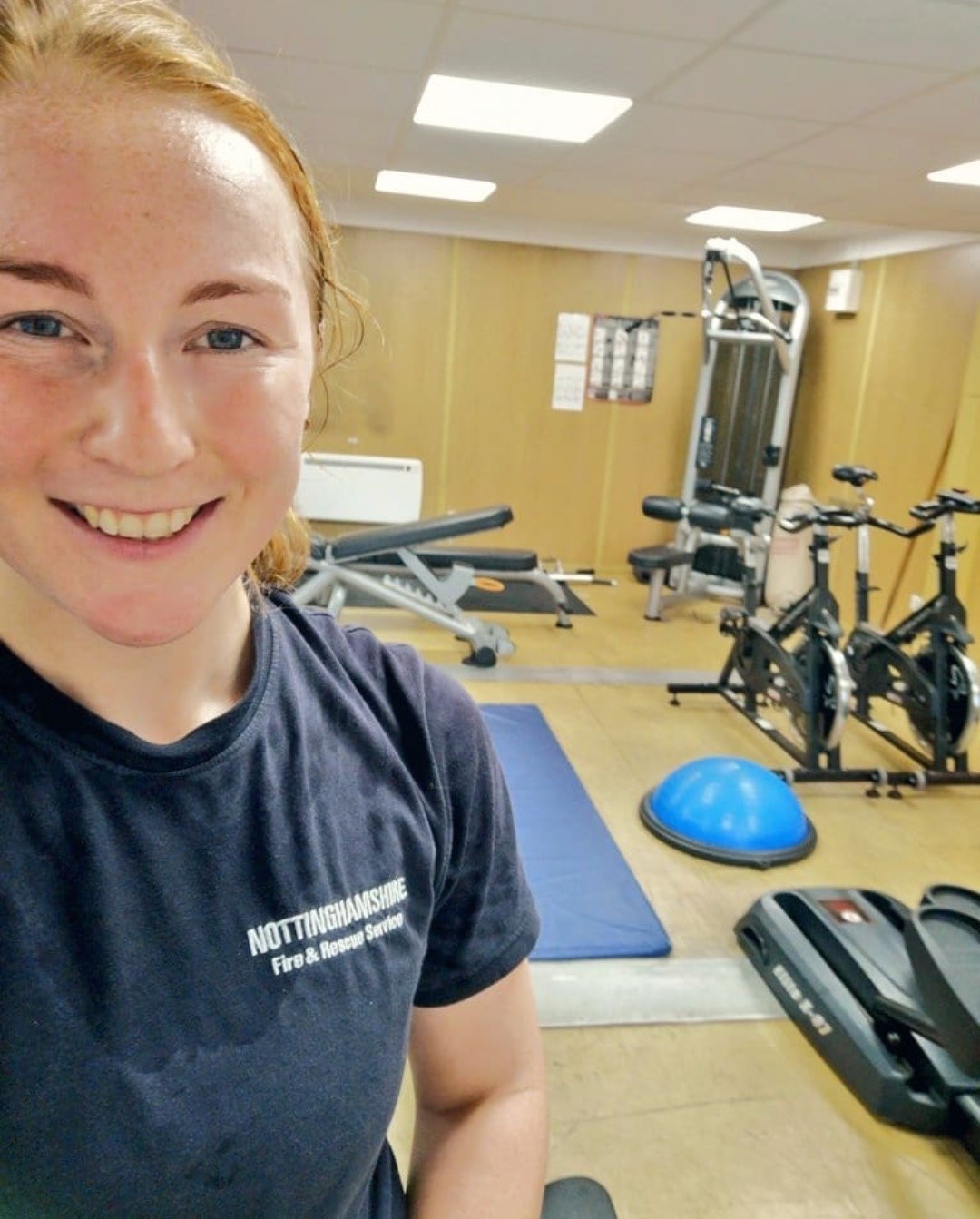 “I had an initial assessment with one of the physios and she came up with quite a basic plan for me, based on the fact my injury was only five weeks out. But I was progressing so quickly every day that by the end of the week I had passed the functional drills test they put on. It was amazing. I left with not only a plan of catered exercises, but also the knowledge and tools to keep strengthening my muscles so I could plug away in the gym at work. That gave me the golden ticket I needed to be able to get back to work.”

Armed with the outcome of her time with the Charity, Danielle spoke to her specialists to speak about her prognosis once more.

“I showed them my debrief from Jubilee House and the thorough letter the physios had written for me,” she says. “They agreed that with careful management and ongoing physio, there was no reason why I shouldn’t be back on the run within six weeks. They agreed that my other muscles appeared to be compensating without my ACL so there was no point in doing the surgery when I could do the things I needed to.” 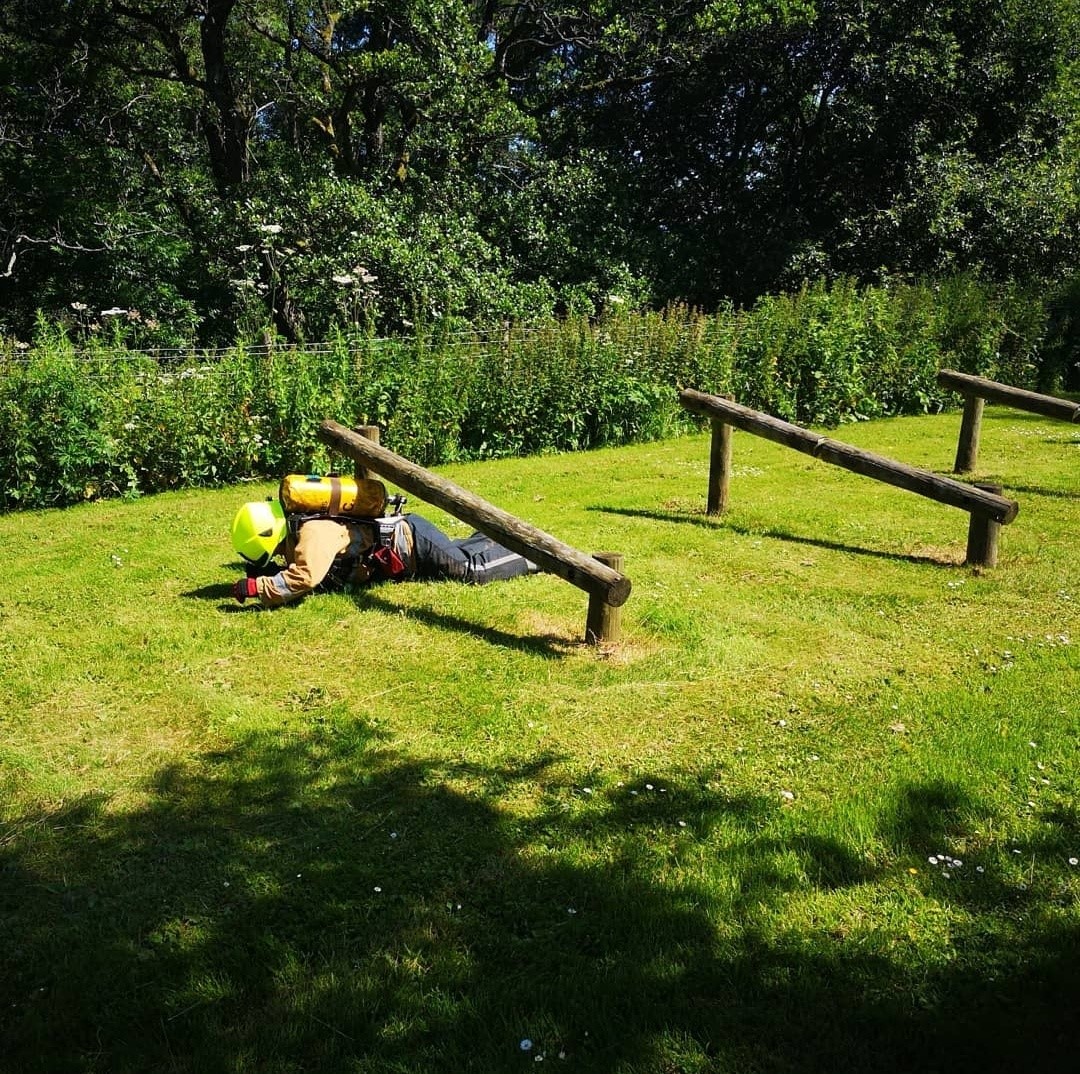 Six weeks after sustaining an injury that could have taken her off the run for a year, Danielle was back at work on modified duties. And six weeks after that she was back on the run and later signed off as a competent firefighter, without being delayed from when she’d originally hoped to have been.

“My week at Penrith was absolutely the turning point in helping me get back to work so quickly,” she says. “It’s been a bit of a whirlwind, but without your intervention I would have gone down the route of private surgery (with no guarantee of success) and the long road of recovery that would ensue, with a plastic ACL in my knee. Instead, I had six weeks off work in total, rather than the year it could have been. It’s amazing and genuinely thanks to The Fire Fighters Charity.”

Danielle says the mental impact of her support can also not be understated: “I was really struggling at that time,” she says. “That whole week was a golden week during what was not a great period for me. Being able to pass those functional tests without pain or instability and take that write up back to work was such a good feeling inside, and I left full of hope and relief.”

She had been a regular donor before she visited Jubilee House. But Danielle was so inspired by the support she received that she upped her donation from £2 a month to £12.

“You got my career back on track, so if there’s any charity I’m going to help and endorse, it’s you guys,” she says. “You did so much for me at a time when things could have gone in a very bad direction. To have some positivity come out of what was a very negative time, it just meant so much.”

If you’re struggling with an injury to your physical or mental health, we may be able to help you. Our centres remain closed during the Covid-19 pandemic but our teams are still providing remote support to beneficiaries, so get in touch. Call our Support Line on 0800 389 8820 or make an enquiry online.