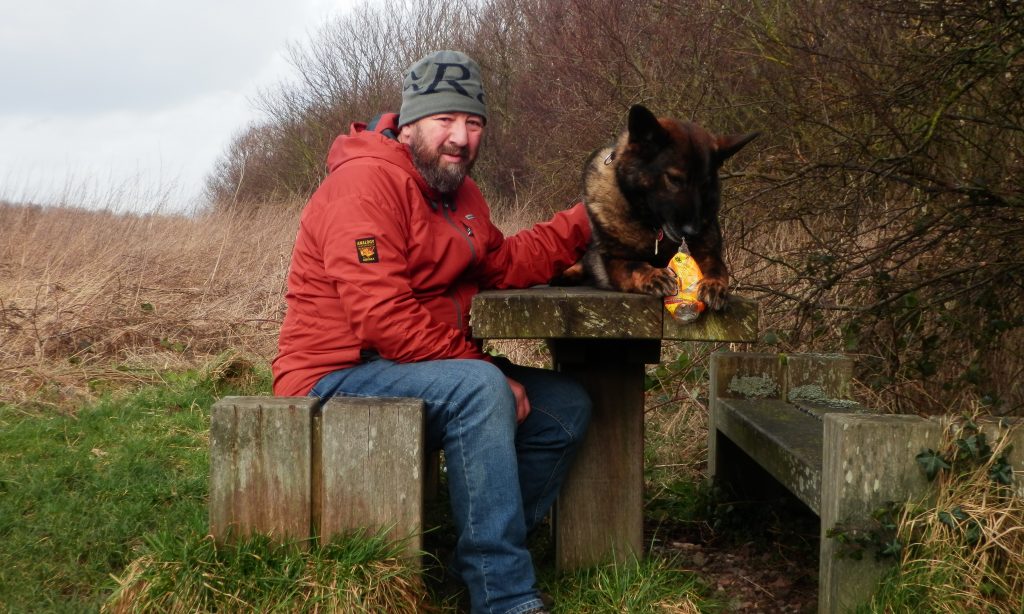 After five years of living in constant pain, retired Merseyside firefighter Gary Burns felt like giving up. But three visits to Jubilee House showed him just how much progress he could make if he put the work in and gave him a light at the end of what has been a very long tunnel.

After five years of being in pain and two spent barely able to walk, Gary Burns says going on the Alter G zero-gravity treadmill at Jubilee House was a surprisingly emotional experience.

Five years into retirement, Gary developed severe arthritis in his right ankle after sustaining an injury at work 30 years ago. Three years later, the pain had become so severe that it was ruining his life.

“To a certain extent, I think the psychological impact caused me even more problems than the physical side of things,” says Gary. “When an injury happens, it’s sudden, you have to adjust and try to get on with things. But because this was a gradual decline, it was difficult for me to process not being able to do things I normally could do. I lost my confidence, my drive, and my willingness to do things. I couldn’t walk for longer than half an hour without needing to sit down for two hours. It was just debilitating.”

After doctors tried a couple of options to improve matters, it was eventually agreed that Gary would need a full ankle replacement, which he had in February last year. But he says he was naive about how quickly he expected to recover: “I thought I’d spend six weeks in a boot and then within a few weeks of it being off, I’d adjust and all would go back to normal. But no, the reality was far from this and I basically had to learn how to walk again from scratch.”

Seeing how much he was struggle, couple of friends and former colleagues suggested to Gary that he contact our Charity to see how we could help. Despite being initially concerned that ‘other people needed it more than me’, Gary eventually decided to reach out and in May, made his way up to Jubilee House, our residential centre in Cumbria.

“My first week there was so good, it was like boot camp with tea and biscuits,” he says. “We were pushed just enough and had absolute confidence that they wouldn’t do something that would make things worse. Going on the anti-gravity machine was just an incredible experience; for the first time in five years I could walk without pain or a limp. Rather than tottering like an old person, I could stride with confidence. It suddenly made me realise that my goal was actually achievable.”

To help him progress further, Gary was invited for a second visit in July, where he continued to put in the work. But he also expressed an interest in speaking to one of the psych team, realising for the first time just how much of an impact his condition had had on his mental health. He was invited for a third visit, focusing specifically on time with our psychological team.

“I wasn’t expecting to speak in that way when I first applied, but it was brilliant,” he says. “I hadn’t noticed just how much confidence had gone. Us firefighters like to get on with things, you give us a problem and we’ll sort it out, but I’d lost that ability. I’d never spoken to anyone in that way before. I come from an era of being told to ‘man up’ and get on with things, but as you get older, you realise we can’t solve everything by ourselves, and sometimes you have to ask for help. There were also things from my career that I’d buried and never dealt with, and it was good to be able to talk that stuff through as well, helping me understand where my depression and anxiety had come from.

“Being at Jubilee House, you felt like you could leave your worries at the door. You’re there for yourself, whether it’s physical or mental injury. Whatever is going on at home or in the world outside, your time there is your own, so you might as well make the most of it.”

Feeling better in himself inspired Gary to put the work into his physical recovery. He can now walk two or three miles a day, something his German Shepherd, Tara, has been especially happy about. When Gary returned to visit his consultant for a routine check-up a year after his operation, he surprised his doctor to be walking into his office without any sort of support or limp.

“I don’t think I ever imagined I could get back to this,” he says. “I’d been told, after my operation, that recovery depended entirely on the effort you put in. But my problem was, because I’d been struggling for so long, I didn’t have the reserve to push myself to recovery. I wanted to give up and just live with it, accepting I wasn’t ever going to get better. But going to Jubilee House helped me so much, because I had no choice but to get on with things.”

Twelve months to the day since his operation, Gary wanted to mark the first anniversary and how much progress he’d made in that time, so got in touch with the Charity to donate his story: “It just seemed a good way to thank everybody for helping me. I hope it makes readers feel like they can ask for help, instead of feeling like they’re on their own and have to just live with it.

“I think my ankle was a wake-up call to be honest, that I’ve got to make the most of what I’ve got while I still can. I’d be nowhere near as far along the recovery curve as I am without the support I received from The Fire Fighters Charity, so I’m really grateful. They showed me a light at the end of the tunnel that hadn’t been there before.”

If you’re struggling with recovery from an injury or operation, let us see if we can help. Call our Support Line today on 0800 389 8820 or send us an enquiry online. Our centres may be closed during the coronavirus, but our experts are still on hand to offer remote support. 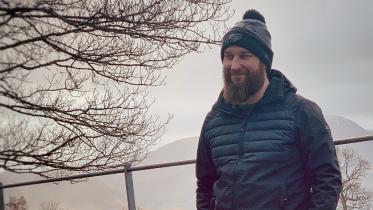 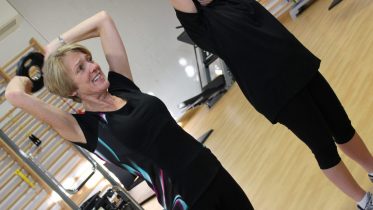 Claire: “It’s made me see things in a different light” 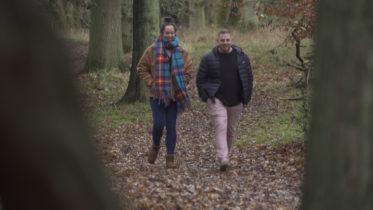 Louise: “The Charity’s support branches out to the whole fire network”