Keith and Gillian Lupton have visited Jubilee House, our centre in Cumbria, three times – providing Keith, who suffered a stroke, with one-to-one support from our Nursing team, while offering Gillian a break.

Keith and Gillian Lupton were enjoying a holiday in Scotland together when their world changed in a matter of moments – without any warning.

Keith, who was a firefighter with Cleveland Fire Brigade from 1975 to 1988, collapsed in their hotel room after a day of exploring the local sights – and it later turned out he’d suffered a serious stroke.

Fortunately, Gillian – his wife of 27 years – was a retired nurse and knew the signs straight away. She was able to remain calm and call an ambulance, which undoubtedly saved his life.

Keith has since been left with serious mobility issues, as well as a complete loss of strength down one side. It meant Gillian became his full-time carer, and they’ve been supported by us ever since.

“We were on a short break away when it happened, it was fabulous. When we got back to the hotel, that was it, I keeled over. There were no symptoms at all,” says Keith.

“I remember getting out of the shower and taking some clothes across the room, (which is probably why I had the stroke!) I put them down and that was it, I was gone.”

Gillian adds: “It was our grandson’s birthday and we’d just finished talking to him when Keith collapsed.

“I said, ‘can you put your hands up and can you smile at me’ and he couldn’t. I said, ‘right sweetheart, you’re having a stroke, I’m going to get the ambulance’. They took him in and they were absolutely amazing up there. He was initially given a 50/50 chance but here he is. 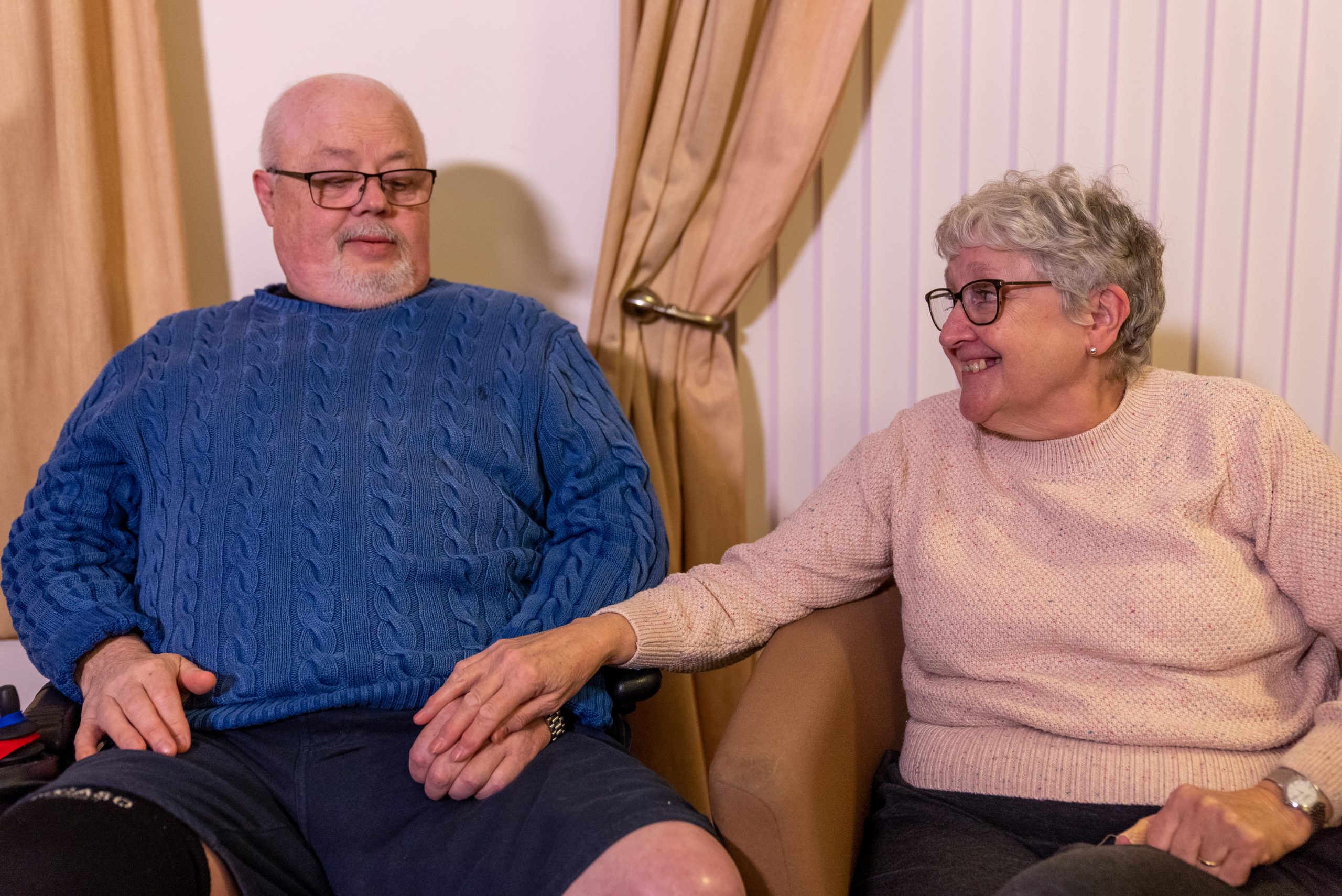 More and more people are turning to us for support, just like Gillian and Keith. Help us help them by donating now.

The stroke affected Keith’s speech initially, but thankfully that was short-term. Since then, he’s lost the use of his left arm completely and most of the use in his left leg.

“I can now stand up, which I couldn’t do before, but it’s taken a long time. I used to fall over when I tried,” says Keith.

“I’ve got a permanently dislocated shoulder as well, because the muscles are all so weak so the weight of the arm pulls it out of the socket. You can feel the joint is open and it has been since the stroke… it’s quite painful, having it all day.

“It’s not the best experience I’ve ever had!”

Keith’s stroke happened in the middle of Covid restrictions in the UK, so it meant he had to spend Christmas alone – with Gillian forced to wave to him through the window with one of his grandchildren.

It only made him more determined to continue his recovery, however, and he was discharged shortly after to continue his physio at home. It’s around this time that Gillian though of contacting us.

“I knew about the Charity from work because we used to pay into it, but Gillian mentioned it when I got home,” says Keith. 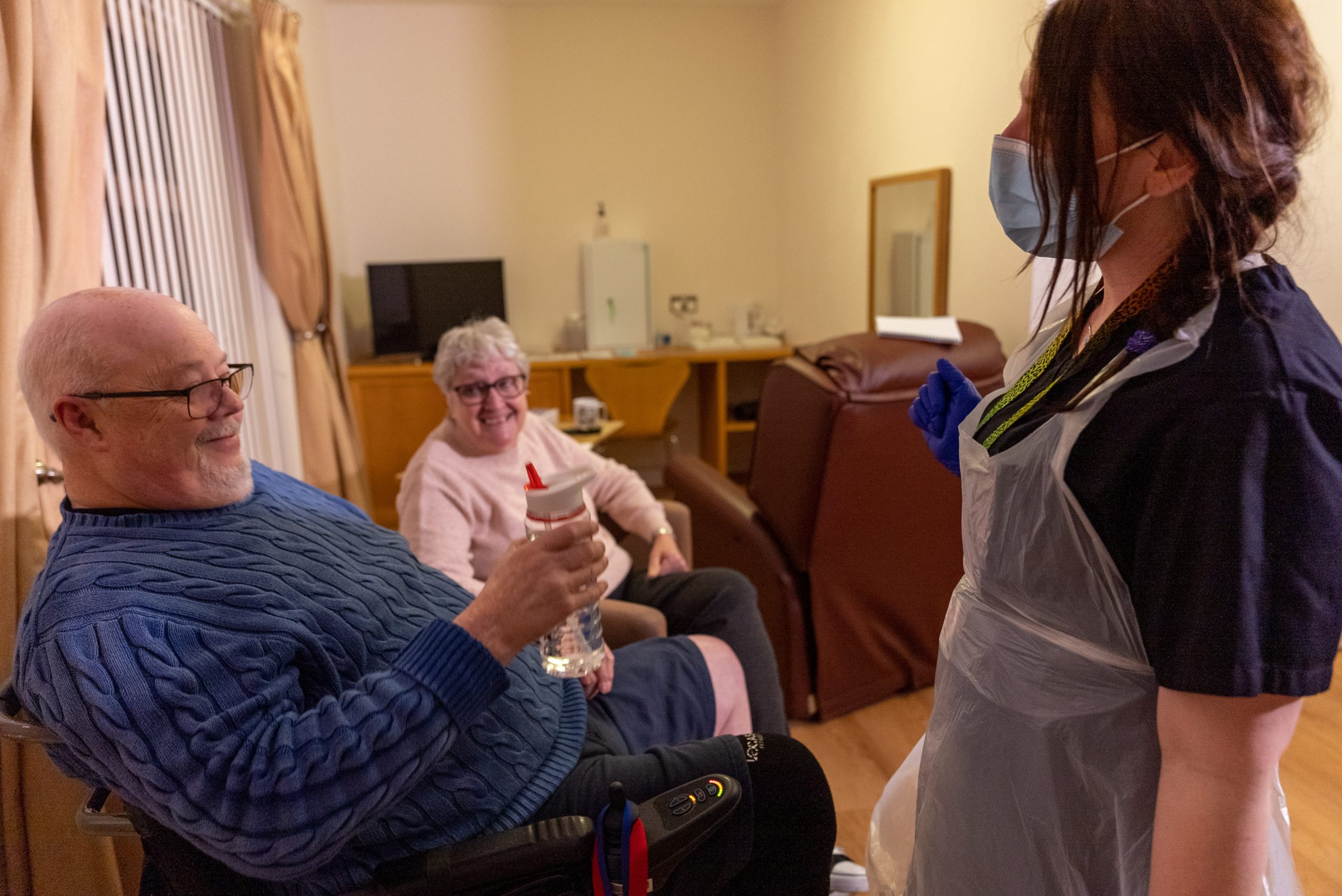 “She started searching the services on offer and eventually contacted you, and you said, ‘yes, come to Jubilee House’.”

Gillian adds: “It was really quite painless. I was always on the internet looking for things to make life a bit easier for Keith and to help support him, and I thought, ‘let’s see what they can do’… that’s when Jubilee House popped up.

“At that stage I thought it was for people still in the fire service, so I wasn’t sure how it worked, but Keith then rang up and spoke to the nursing team and he was buzzing when he heard what they could do for us.

“It wasn’t long after that that we were invited to come.”

The couple visited our centre in Cumbria together in July 2021, providing a break for both of them at the time.

“It was just amazing, just to see him blossoming really and just to give him that confidence… they were getting him to do things I never thought he could do,” says Gillian.

“Obviously, being around all the others from the fire service was a chance to share experiences, as well as getting outside in the lovely surroundings. It was just amazing.

“He just changed, his confidence came back and it gave him that purpose really. It was just amazing.” 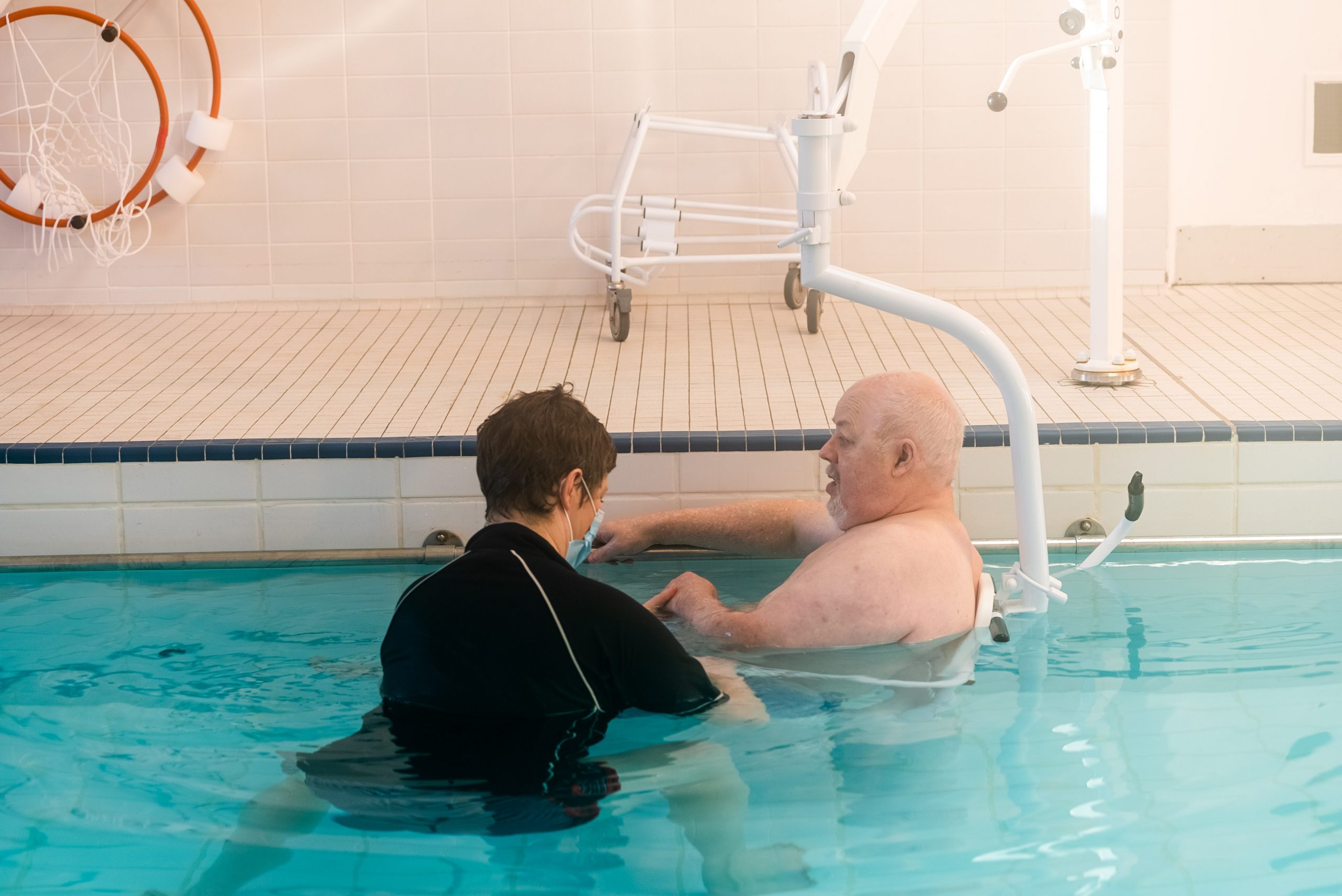 Keith adds: “It makes you believe you can do things.”

Having seen how much the break had helped Keith, Gillian began researching hobbies he could try with his mobility restrictions at home. She eventually found a wood-turning course in their local town, which was accessible to people with disabilities.

“It just means, you know you can do something… you’re always thinking, ‘what can I do? I can’t do anything anymore’, but this shows you you can. You’ve just got to find what you can do, and go for it,” says Keith.

The couple were offered a second visit to Jubilee House a few months later, towards the end of 2021, and once again thoroughly enjoyed it.

“They brought us a makeshift swivel street that goes over the bath, which isn’t the most pleasant experience – and also Gillian had to be lifting my legs and moving me round. It wasn’t good, I really wanted to be in the shower.”

He adds: “The physios are excellent too, it doesn’t matter which one you get, they’re all top notch.

“You’ve got to accept the fact that they know what they’re doing. The first time I was here I learned, if you’ve got a good physio, they know when you’re tired. You don’t have to say when you’ve had enough, they know. And if you keep pushing, they’ll take you there.

“Nothing is too much trouble for the staff here. It’s just amazing.”

“They keep you right – they keep you going in the right direction. They’re an absolutely fabulous team. They just can’t do enough for you.”

And the break was important for Gillian’s wellbeing too…

“It’s nice for me too to have your meals cooked and not to have to worry about doing the washing and things like that,” she says.

“I can be involved as much as I want in Keith’s care, or I can say, ‘would you give me a hand?’ Nothing is too much trouble for the staff here. It’s just amazing, I’m just so pleased that we found out about it and were able to come.

“It’s just relaxing and looking at the river and looking for wildlife, it’s hard to describe it.

“I saw the nurses got ‘outstanding’ on the CQC report, which was one of the first things I looked at. And it’s a model of excellence to other people. It would do others good to come and see how this place runs.”

Keith adds: “They could use it as an example, seeing how this place works, it really is excellent.”

You can also join our ‘Share Your Story Group in MyFFC to chat to others who have received our support, or enquire about sharing your own story, as well as a group dedicated to our Carers here, where you can chat to others in our caring community. 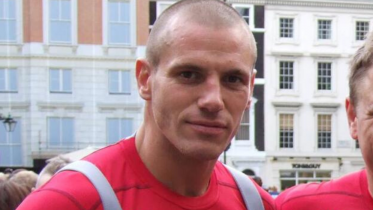 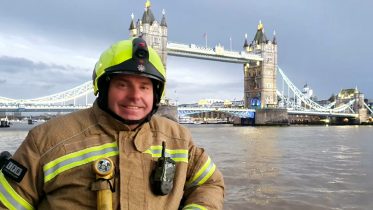 Russell: “So many men are struggling with mental health – they need to know there’s help there” 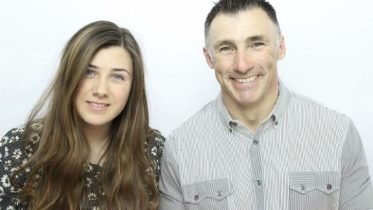