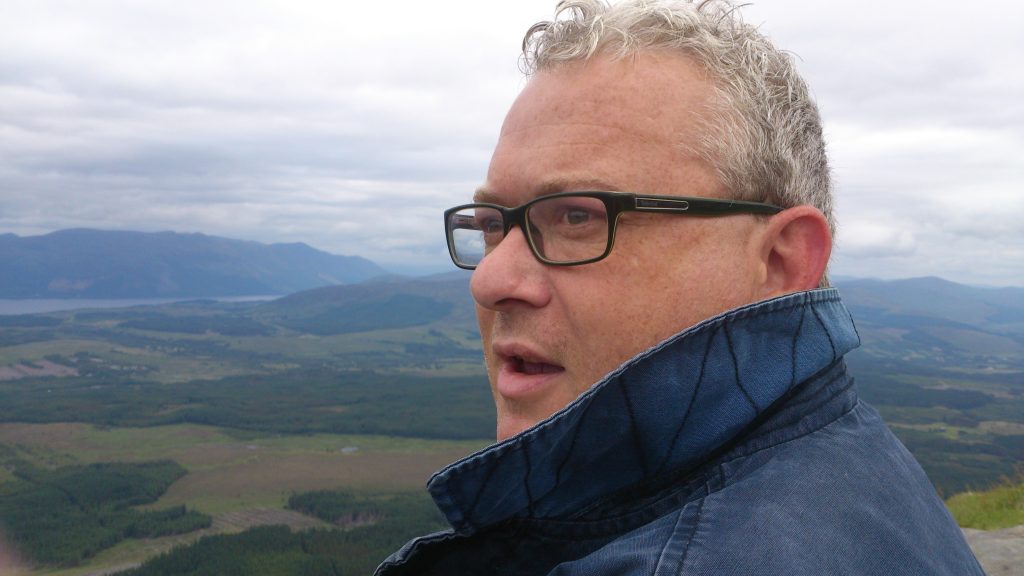 John McCulloch has struggled with his mental health and traumatic memories ever since having a stroke, but he says he and his partner – who’s been his carer – have been supported by the Charity throughout.

As an on-call firefighter in Scotland at the time of the Lockerbie bombing, now-retired John McCulloch saw unimaginable horrors on the job – but determined to continue helping people through the work he’d come to love, he managed to push the memories away at the time.

However, when he suffered a stroke at home in September 2019, John began struggling not only with his physical mobility, but also his mental health, as the memories he’d hoped never to have to think about again began haunting him.

John’s partner Helen became his carer practically overnight, helping with his day-to-day care throughout the pandemic. Luckily, having known about the Charity for years, they reached out for support – and have both been in touch ever since. 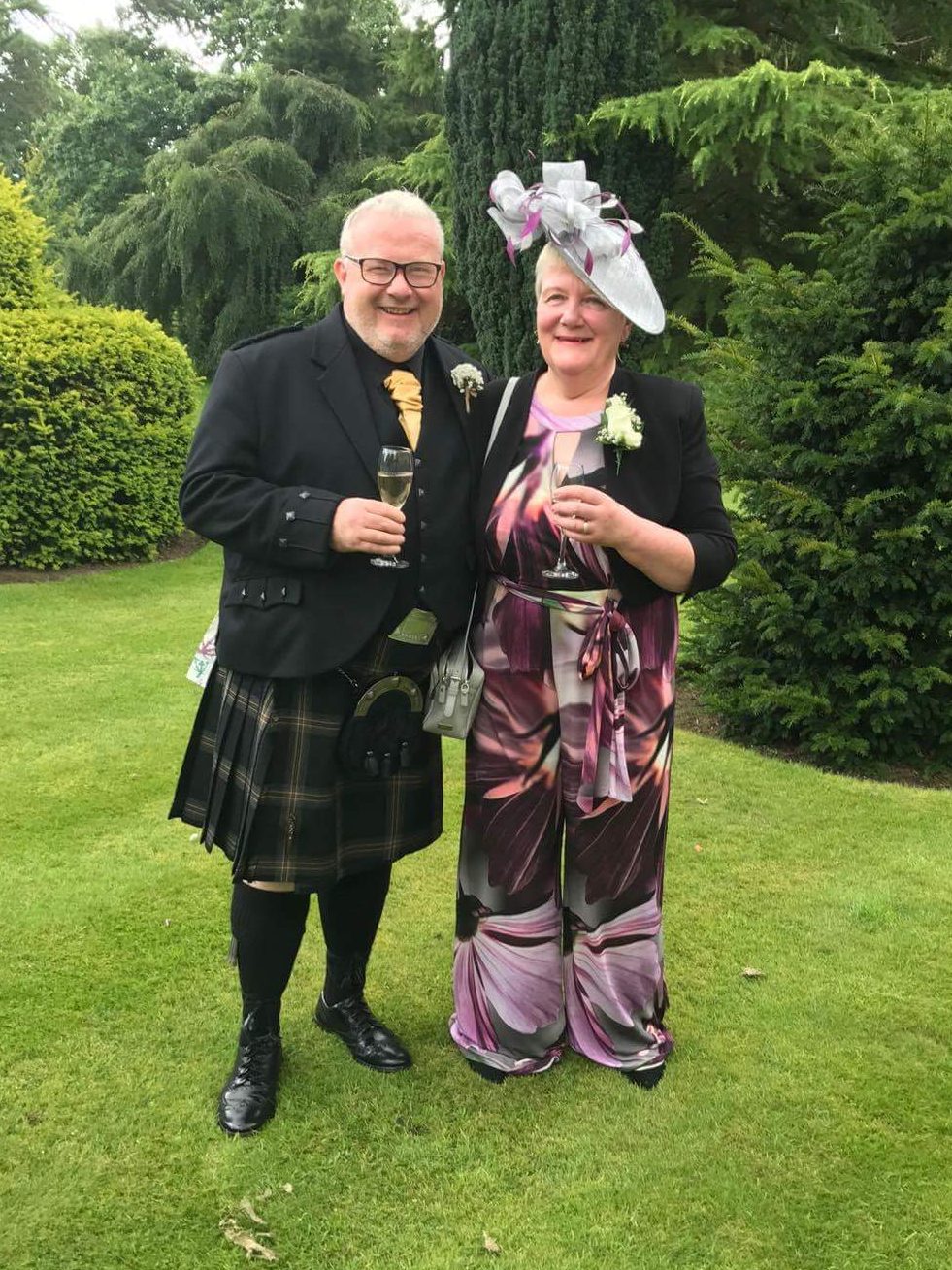 “I remember one Wednesday afternoon, I was sitting in my chair and must have fallen asleep. I woke up and went to put my foot on the floor, but I couldn’t. I couldn’t find it,” says John. “I wasn’t terribly concerned at that point, but when I eventually got up, I went to look for the door out of the room and couldn’t find it. Eventually I found my phone, but I couldn’t work it. I knew something wasn’t right. I hadn’t a clue where I was, but fortunately my next door neighbour was out and he phoned an ambulance for me.

“I’d had a stroke and I was left with bilateral hemianopia, which is some loss of vision in the side of both eyes, and also some physical problems. Since then, I’ve also had some psychological problems too which have developed.”

The first sign for John that his recovery was going to be more complex than he thought was while he was still in hospital, and he began having hallucinations.

“I started seeing car accidents, all sorts, and eventually it was diagnosed as Charles Bonnet syndrome (CBS), which is when you have visual hallucinations following some vision loss,” says John. “Then physically, I’ve lost a lot of strength in my left arm. When I first came home from hospital, I really struggled to make myself a coffee.”

Helen made caring for her partner a priority and they reached out to the Charity straight away – having seen how we’d helped colleagues of John’s in the past. He was immediately offered support for his physical mobility issues and a stay at Jubilee House, our centre in Cumbria.

“I remember when I was going down for the first time I was quite nervous to be honest,” says John. “But I needn’t have been, because they were so nice. I stayed in touch afterwards and they very quickly established I needed to see somebody, psychologically, too.” 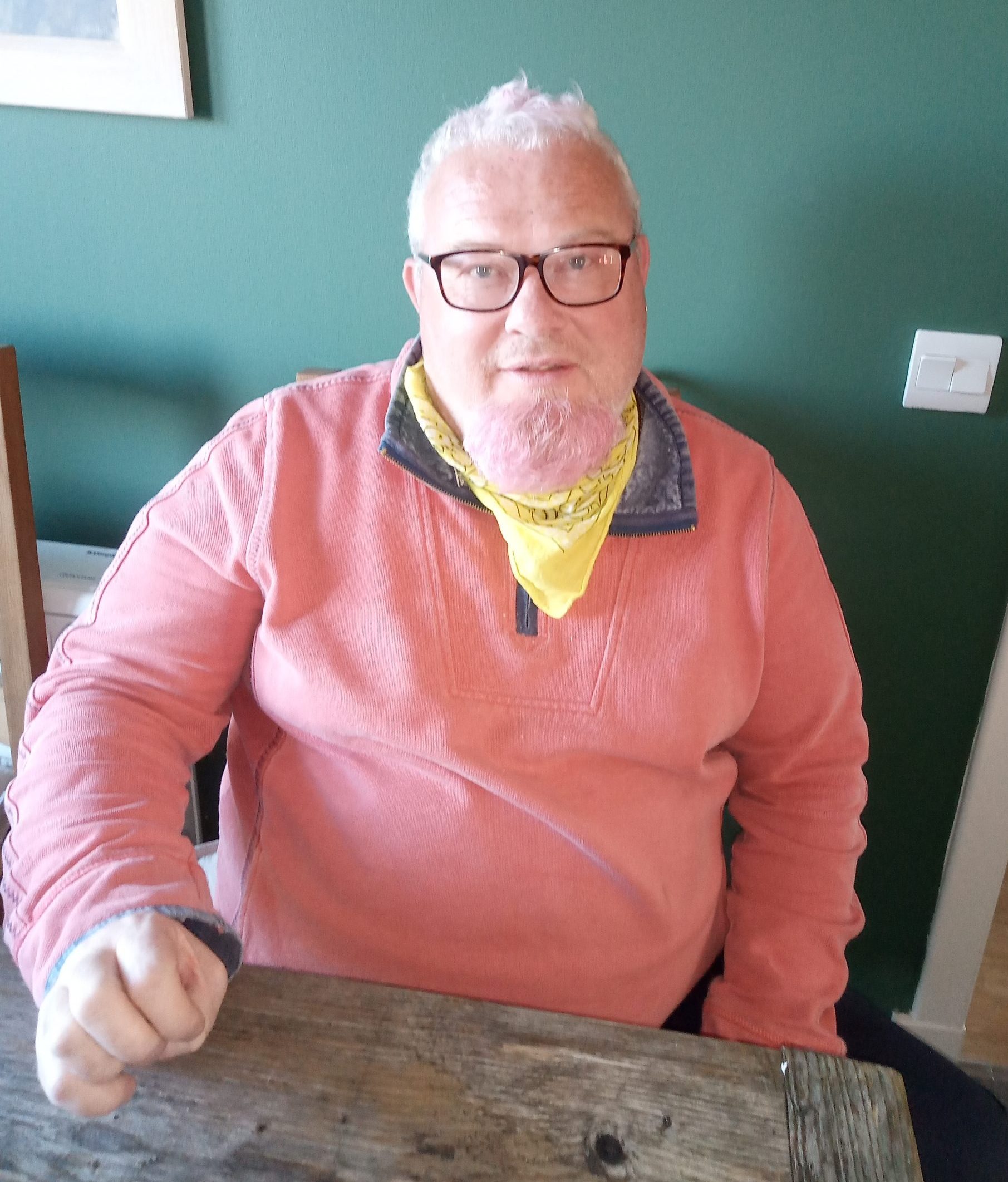 John had begun struggling to sleep following his stroke and even started waking up in the middle of the night having panic attacks.

“I was waking up in tears,” he recalls. “I was seeing a lot of things I’d dealt with in the past again. I thought I’d tucked them away to the back of my mind, but they were all coming back. I was at the Lockerbie Disaster when I was 20. I’ve tried to tuck that away over the years, but there’s certain things that have come back up recently… Memories like that, and others from my time in the service, were all flooding back. I’d be waking up in the night screaming in sweats, after nightmares. Fortunately I have a really nice partner!

“I was so down I couldn’t imagine life going on to be honest. I actually did tell Helen to go and make a life for herself. We’d only been together for six or seven years, and I genuinely said, go away and make a life for yourself. She told me more or less, ‘if I’m going to make the effort then you will too’. It’s stuck with me through the worst times.”

This time, having contacted the Charity again, John was offered regular phone and video calls over our clinically approved system – meaning he had contact with our psychological team throughout the pandemic.

“It was really helpful, knowing you were there and it was someone to speak to,” says John. “I think the more I understood what was happening, the more I could deal with it. I do still suffer with the visions, but the Charity has made it very clear that I only need to phone them – plus, I’m still having sessions every couple of weeks. I know now life is worthwhile, and I’m so thankful, because I’m so happy now. I’d encourage anyone to make the phone call – they will help you.”

For Helen, seeing her partner in so much pain was unbearable, but she’s remained his carer and biggest supporter throughout. 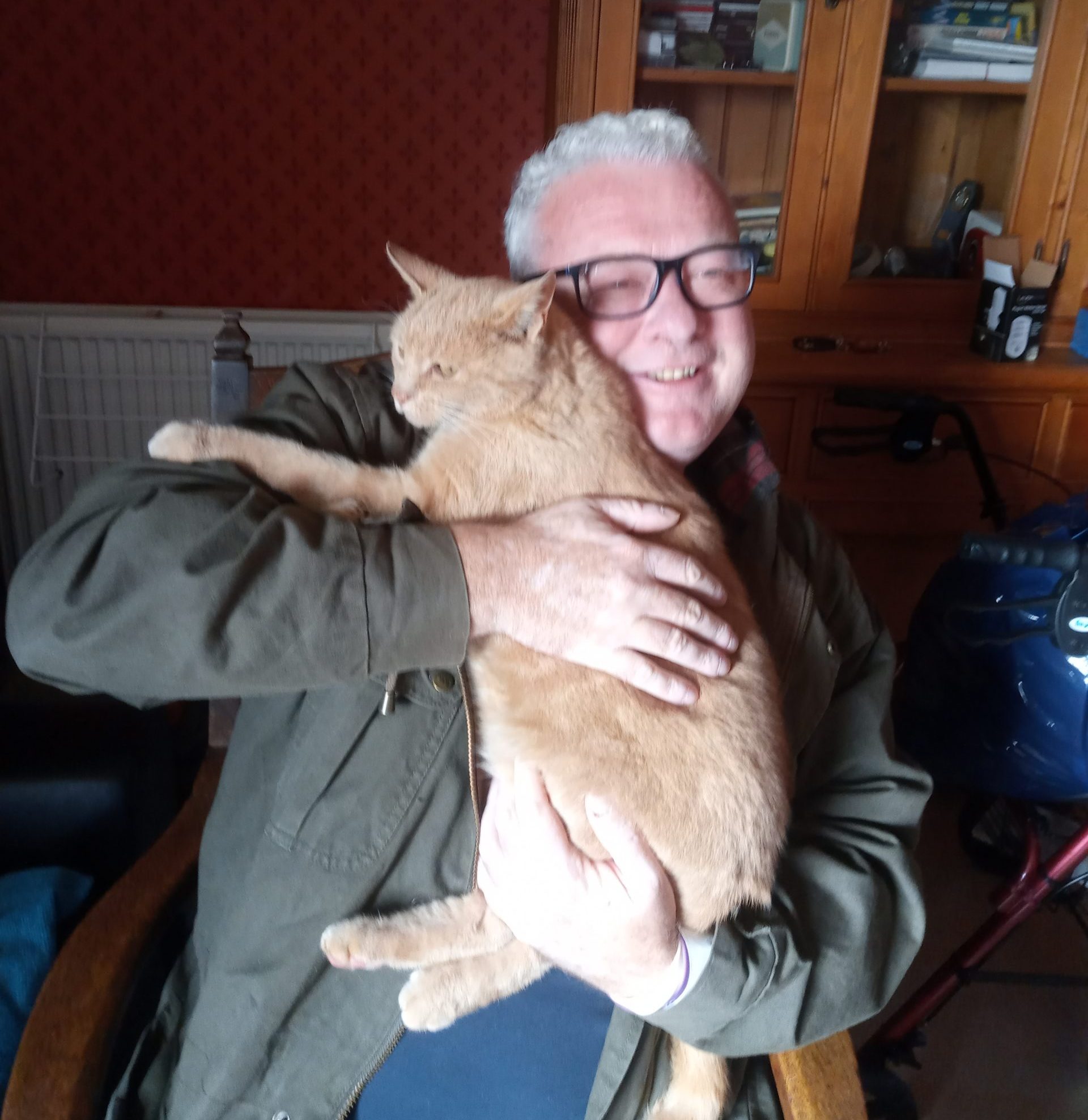 She says: “John does need quite a lot of work at home. Covid has affected everyone but it couldn’t have happened at a worse time for us, because he had the stroke in the September and then it all kicked off.

“We had no inkling of what a stroke entailed beforehand. I moved in with him straight away and I have to monitor all his medication because he forgets to take them. He remembers distant things really well but day to day he has less memory – he can ask me half a dozen times in one day what day it is.”

When John visited Jubilee House for the first time, Helen says it was the first break she’d had in months to spend time focused on herself.

“I suddenly had four or five days where I could do absolutely anything that I wanted. My family’s in Yorkshire so I went down there and saw my two kids and friends, which was really good,” she says.

Having seen how the Charity helped John, Helen wanted to give something back to say thank you. She began by entering our raffle – and even won the top prize in one of them. Since then, she’s begun selling her furniture as she’s moved in with John full-time, and is donating the proceeds to the Charity.

Helen herself has received support throughout the last year over video calls, with our team offering her a chance to open up on the burden of caring and talk through how she’s feeling.

“If I could just reach one person, I’d be happy.”

“Kath Savage has been supporting me from home. We mostly do video calls which has been like mates talking, it’s been so good,” Helen says. “It’s a bit of compassion and just passing on information that I don’t know of myself. It’s the fact that the Charity’s on the end of the phone if you need them. It’s going to be quite emotional when we do get to Penrith again.”

For John, he says the support Helen has had from the Charity has been just as important as his own help.

“She’s actually said to me that she doesn’t think she’d have still been with me without the Charity,” John says. “It was so difficult. She didn’t know if she’d have been able to cope – she couldn’t get help from anyone, she just needed a break.

“I’d really like to be able to help more people within the Charity now. It’s so important for all fire services to be promoting it. I always say, if something happened to you, who would you tell your wife to phone for help? God forbid somebody was killed and their wife wouldn’t have a clue where to phone.

“If I could just reach one person, I’d be happy. When I was in the service, we’d organise dances and barbecues and picnics and things, all in aid of the Charity. That needs to continue.”

John is now planning a mountain biking trip once all restrictions ease, to raise more funds for the Charity he says helped save him. 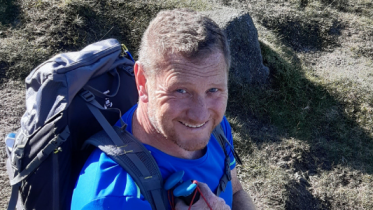 Owen: “It’s a safety net when you feel you’re going to step off the tight rope” 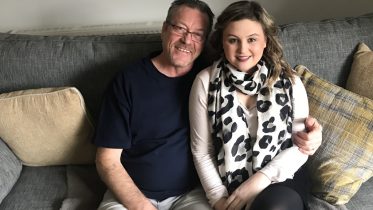 Tayla: “It was like this massive weight had been lifted off my shoulders” 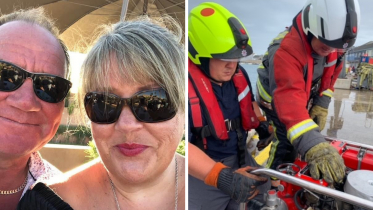 Karen: “For me it was a bit of a lifeline – I’d recommend anyone reach out”