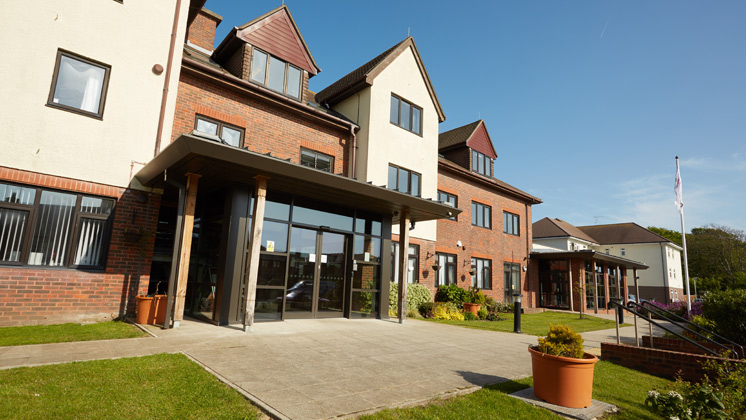 Lisa Langley was finally pain free and eager to move forward with a new found confidence after two weeks at Marine Court.

Lisa Langley is the Secretary for the Corporate Management Team at Bedfordshire Fire and Rescue Service. 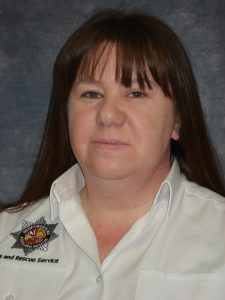 After experiencing “severe discomfort on a daily basis” for over 18 months Lisa was eventually diagnosed and treated for Patellofemoral pain syndrome (PFPS), a knee condition caused by imbalances in the muscles surrounding the knee.

“My knees felt like they were burning all the time, I would have to ice them every morning and every evening just to ease the pain only slightly,” she explained.

As the severity of the pain was affecting Lisa’s comfort so much, at both work and home, her Occupational Health Adviser suggested applying to the Charity for additional treatment and support.

“I thought that the Charity was purely for operational personnel, So I was extremely pleased and excited to hear that I also had access to the services.”

The Charity referred Lisa for two weeks of rehabilitation at its Marine Court centre in Littlehampton, West Sussex, where she immersed herself in the full programme. “I was really impressed with the attention to detail that all of the staff gave to each and every person, even during the group sessions,” she says. “It was the first time anyone acknowledged my lower back problems, linked to my knee pain – which gave me a huge sense of relief as I was able to understand exactly why I was experiencing all this discomfort.”

Lisa adds: “Walking through the door I released that this was dedicated me time. Not recognising the impact the pain was also having on my emotional wellbeing and confidence until I slowed down, I also took the opportunity to speak to a Psychological Therapist during my stay.

“I found the whole experience so fantastic and beneficial for my whole wellbeing – it really has made a life changing impact. Since returning from Marine Court I have had little or no pain, and I now also have the confidence to continue the exercises which I would have previously been too embarrassed and nervous to do. I gained so much confidence that I entered into Central Bedfordshire Council Chairman’s Charity Netball Tournament! This is something I thought I would never be able to do due to the limited movement I had prior to rehabilitation.”

Lisa now supports the Charity through regular fundraising, and most recently features in our 2017 winter Charity campaign.