Nicola Fletcher, a Ministry of Defence firefighter who’s also on call with Scottish FRS, injured her ankle almost two years ago and says we helped her get back to full fitness, to ultimately be on the run again.

Watching Nicola Fletcher jog effortlessly on our anti-gravity running machine, you wouldn’t believe she was immobile less than a year ago.

The Ministry of Defence firefighter, 43, who also works on-call with Scottish Fire and Rescue Service, visited Jubilee House, our centre in Cumbria, in January in a last push to try and get back on the run following an accident that left her with a major injury to her ankle.

And she says thanks to our support at the centre, as well as a series of video calls during the pandemic, she’s now passed her fitness tests and is operational again following 18 months off.

For Nicola, returning to work has always been her main priority – having gone from living an incredibly active lifestyle to being reliant on crutches.

“My set shifts with the MOD are the same as local authorities and so when I’m on shift, I’ve not got a pager on me,” she says. “Then as soon as I leave my shift from wholetime and I go home, my pager is back on my hip for my on-call role.

“When that pager goes off, that’s when I respond to my local authority. 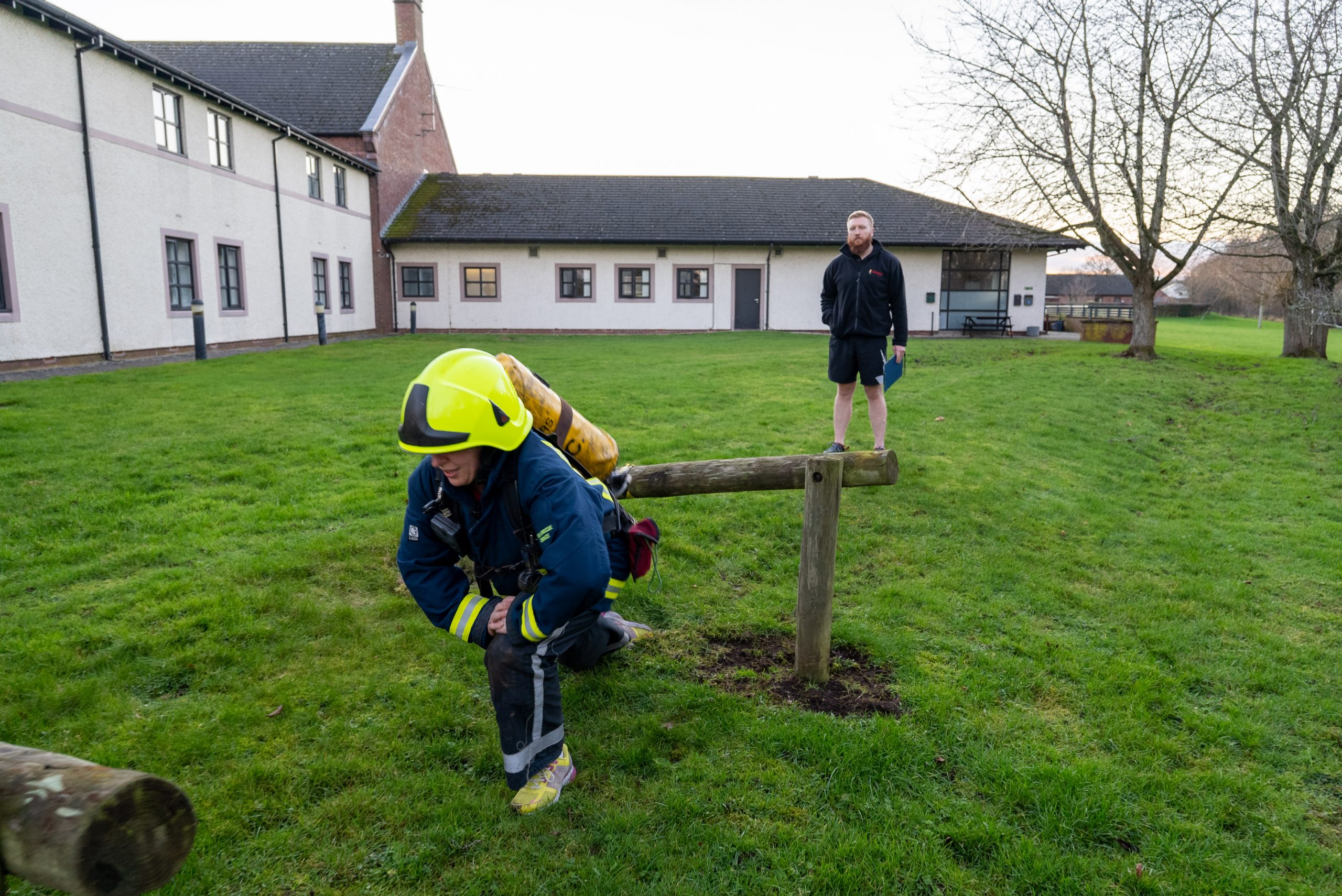 “I must have been in the fire service for four or five years when I first really learned about the Charity.

“Then in September 2020 I dislocated my ankle, just trying to climb over something. It’s been quite a long injury… I did think it would be a quicker recovery than it’s been.

“Because it was in the middle of the pandemic, things were quite slow in terms of X-rays and appointments. I was told ankle injuries are quite serious, however, because there’s a lot going on in such a small area, so I had to be patient.

“I couldn’t weight bear at all and was on crutches for about six weeks initially… I started to wean myself off them but then there were a few more problems with the ligaments, the physios put me back on crutches for a few more weeks and I’ve been building my strength up from there.” 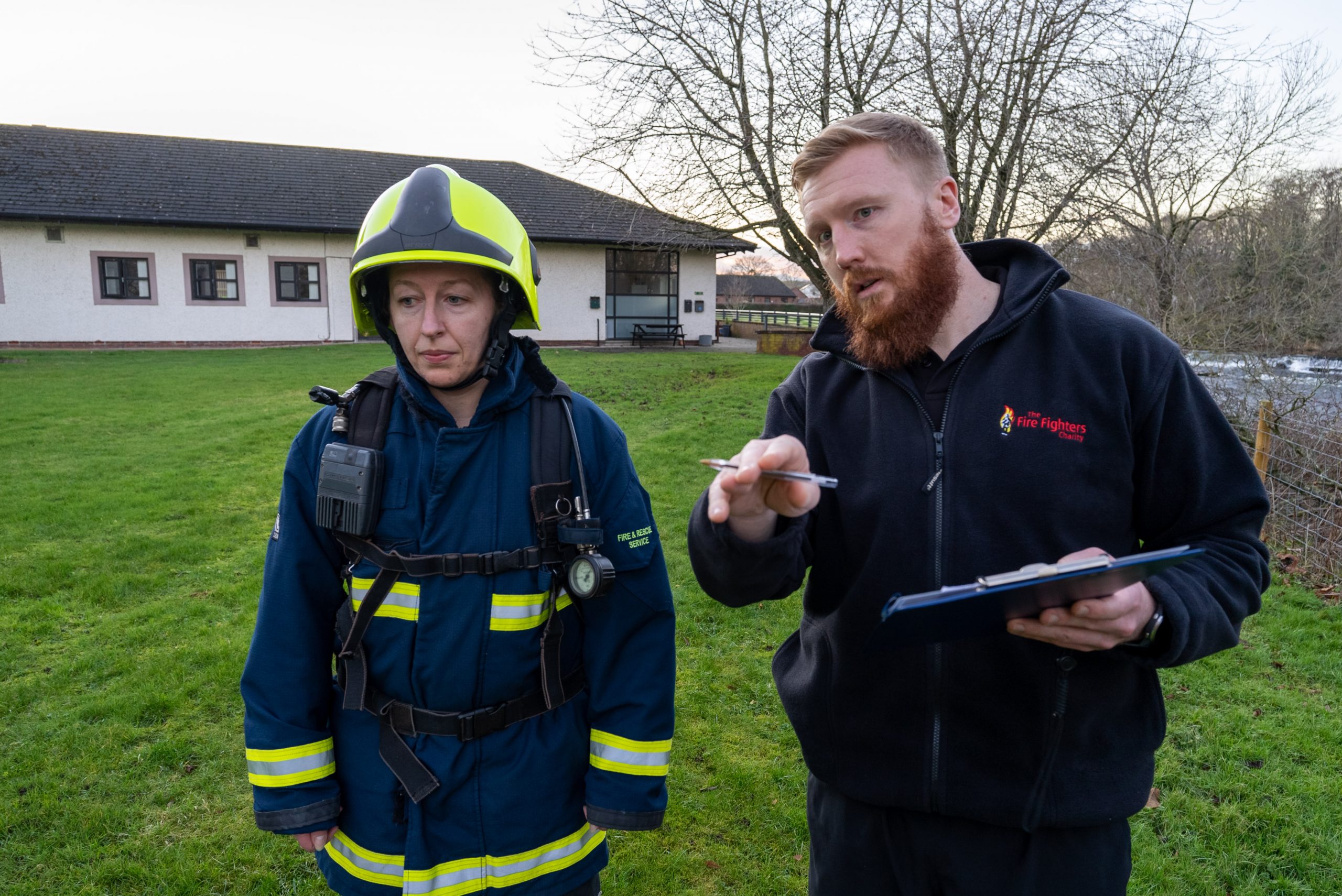 Nicola was forced to step off the run throughout her recovery and was only able to weight bear properly several months after the accident. It meant she’s been slowly learning to walk on her ankle ever since, and only managed to jog for any length of time for the first time at Jubilee House.

“The occupational health therapists that I was referred to through Scottish FRS were absolutely fantastic and one lady spoke to me about the Charity and Jubilee House,” recalls Nicola.

“They put me in touch and, due to the pandemic, the physios were doing the video sessions when I first spoke to them – it sounds bizarre, having physio via a video link, but it worked really well – they were brilliant.

“They actually got me to the point where I could come in and hopefully get the most out of those few days.” 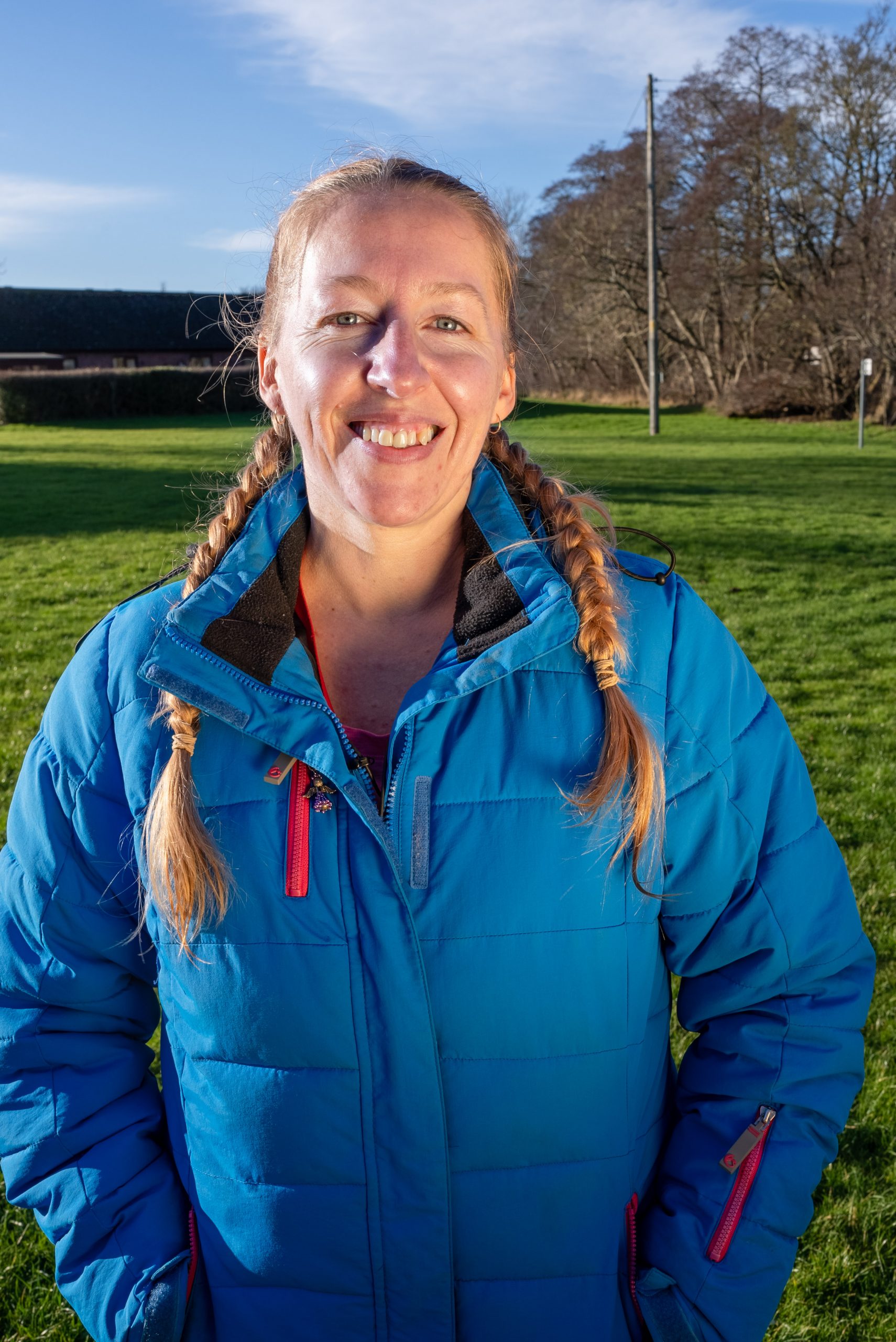 Speaking to us at the start of her stay, she said: “I’m just starting to jog on it this week for the first time in 18 months. Hopefully by the end of the week they’ll have me running at some sort of comfortable pace – maybe not quite pain free, but hopefully bearable where it’s just the muscles that need strengthening.”

And she managed just that. Our expert practitioners introduced Nicola to our anti-gravity (Alter-G) machine, which essentially carries most of your weight in an air-filled bag, so you’re able to run without pain. It allowed Nicola to jog for a longer period of time and get her gait back again.

“I’ve used different machines in the gym, but the Alter-G machine was fantastic – I’ve never felt anything like that,” she says. 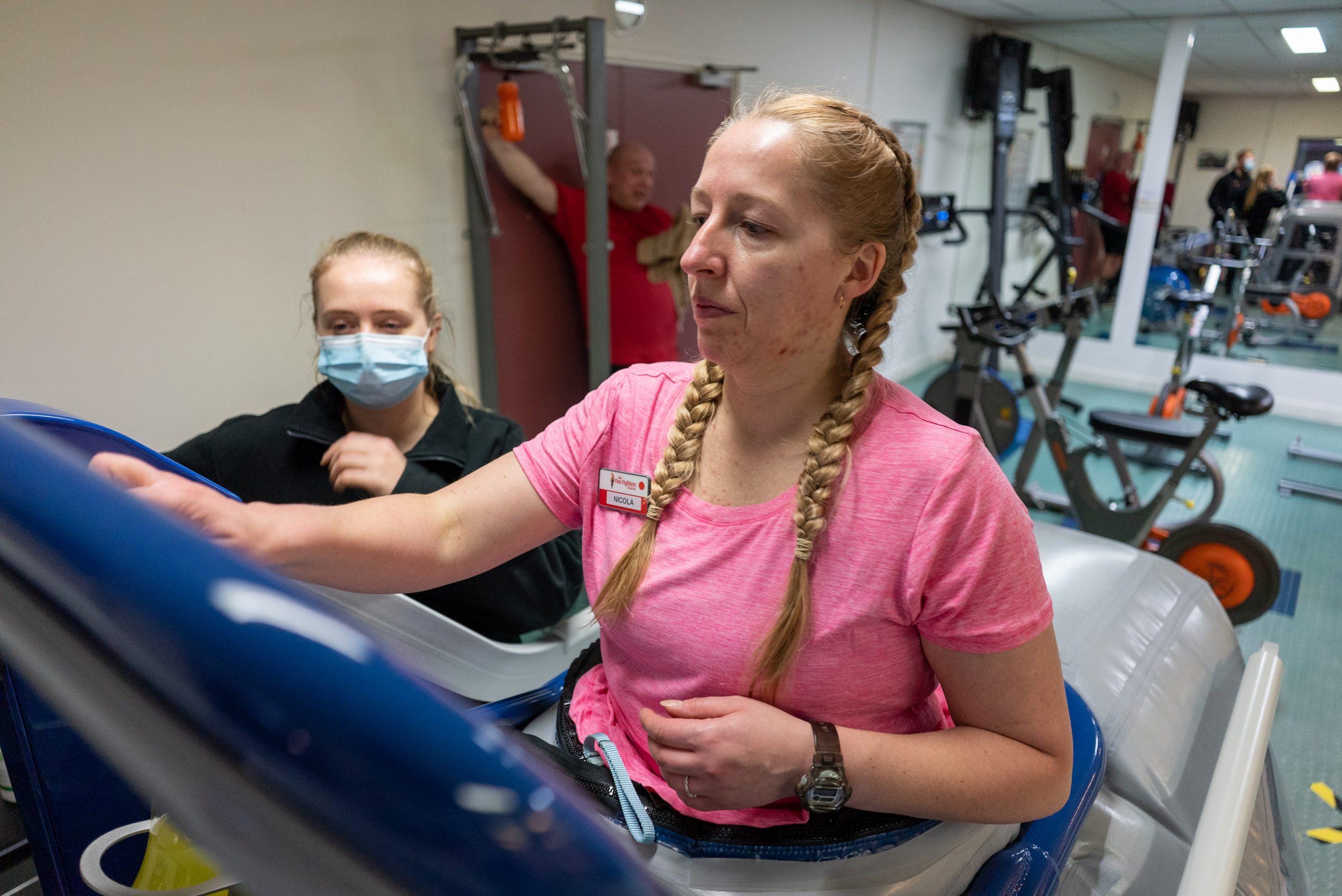 “We’ve also done a lot in the pool and hydro pool, and we’ve had two walks so far which have been brilliant.”

Nicola joined the rest of her group at Jubilee for a series of workshops too, covering everything from stress and mental health to nutrition and pain management.

“There’s a lot that runs in line with your injury which impacts you,” she says. “I remember I struggled with the mental health side of things in the beginning, I did find it very difficult, but then being here and the social side of things – being with other firefighters who are also struggling – definitely helps.”

After leaving Jubilee House, Nicola successfully passed her fitness test and BA assessment for her wholetime role as an aviation firefighter for the MOD, meaning she’s finally back on operational duties at RAF Lossiemouth. She’s now waiting for the same process for her on-call role. 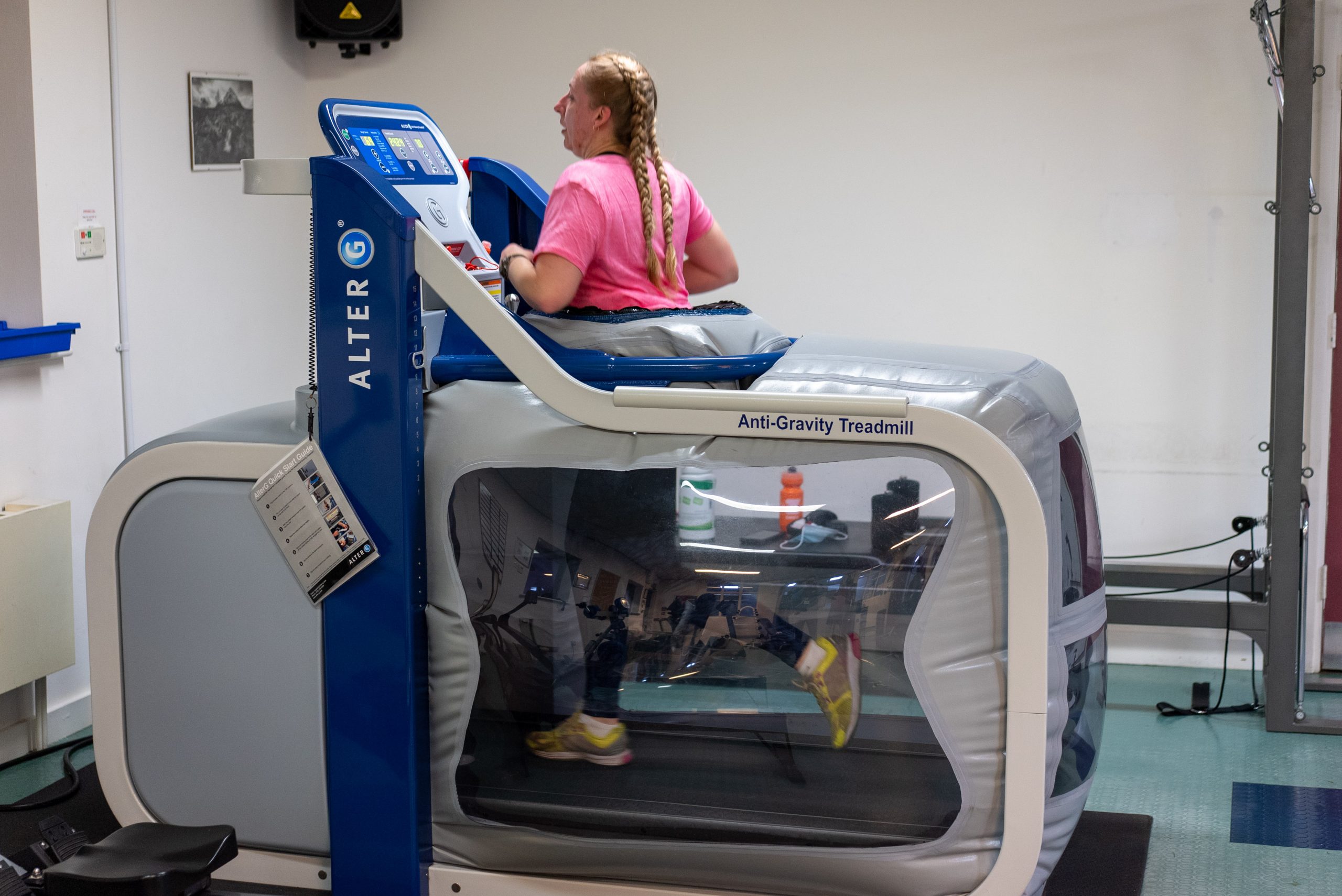 And Nicola is now supporting our #healthyjoints programme on MyFFC and hopes to encourage others reading her story to take care of their joints, right the way through their career, as she’s seen first-hand how important it is.

“Exercise is a must – if you’re a parent with children, get them into activities at a young age and hopefully they’ll maintain that into adulthood,” she says.

“If you’re an adult that’s never really done a lot of exercise, definitely get yourself to your local gym, speak to one of the trainers there and ease yourself into some sort of daily routine – even if it’s just walking for half an hour and go from there. It is very, very important.” 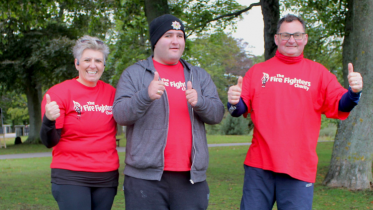 Tina: “We felt like we’d got stuck… it was good to be able to reach out for support” 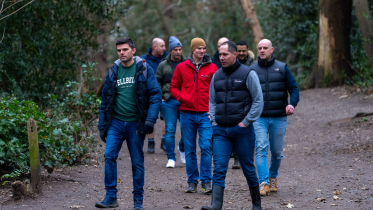 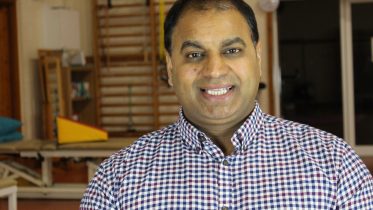 Mehrban: “They get you started, it’s up to you to stay on that path”