When Nikki Haxton-Jones’ husband, Danny, passed away, she vowed to raise money for us in his memory – and she and her two kids, as well as Danny’s colleagues, have continued ever since.

Think of a fundraiser – whether it’s running, abseiling or bucket collections – and the chances are Nikki Haxton-Jones has done it at some point over the last five years.

The mum-of-two, 41, has dedicated her spare time to organising events for us in memory of her husband, Danny, who passed away suddenly while at work in 2017, at the age of 37.

Danny was a firefighter with London Fire Brigade and had taken part in fundraisers throughout his career. Now Nikki, who has since begun working in Control for Kent Fire and Rescue Service herself, says she wants to continue that legacy and support the Charity that’s there for her, her family and Danny’s former colleagues, now and for the rest of their lives. 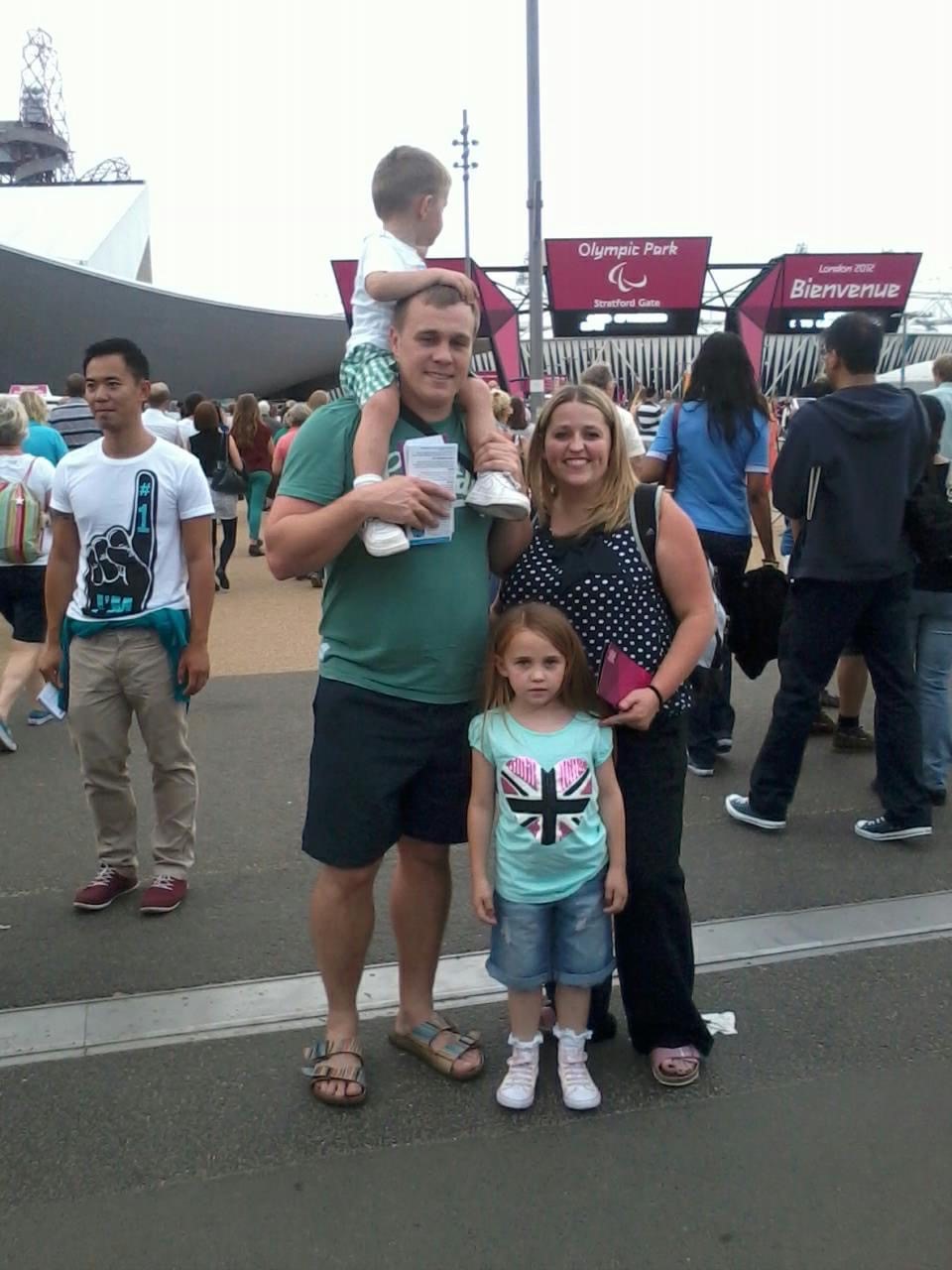 “We always knew about this Charity through Danny’s work, and I knew he did fundraisers and things, but we never really had any need for it before now,” says Nikki.

“Danny passed away in July 2017. He was on station and collapsed suddenly. Unfortunately he was behind a locked door at the time, getting changed, so he wasn’t found straight away. It was just really unfortunate timing.

“It actually turned out he had pneumonia in both of his lungs – it’s really bizarre, he played cricket the day before, he went cycling and he’d been working, but we didn’t know. They think it triggered an arrhythmia.

“The lads on station were the ones that had to do CPR when they found him, which was really difficult for them. I think we’ve got some comfort in a way, knowing they had the training and no one else would have tried harder than they did, but it was incredibly hard on them.” 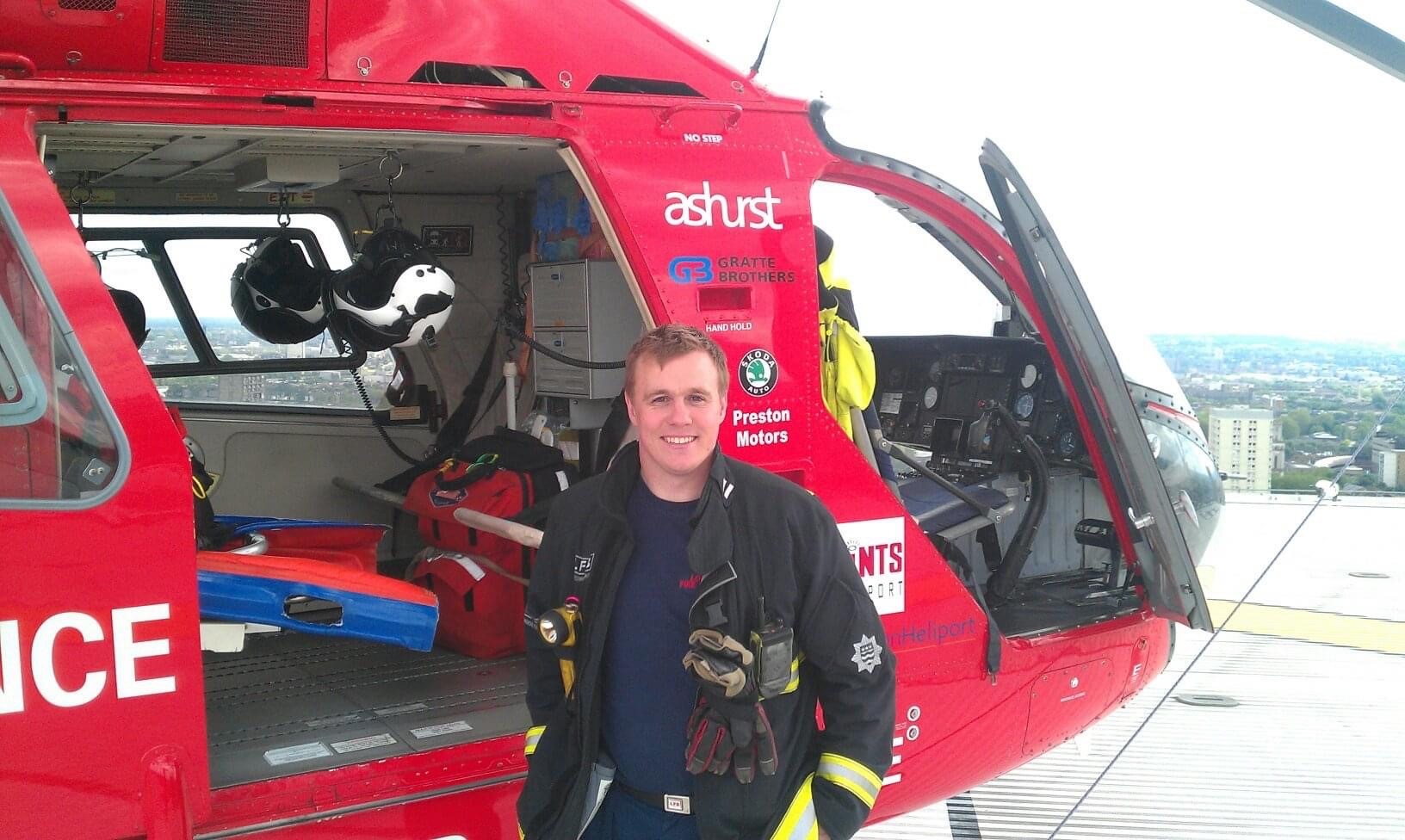 Nikki was suddenly faced not only with a future without her husband and her own grief, but also the challenge of caring for her two children, Olivia, 15, and Harry, 12, while they struggled with their grief too.

Nikki says a huge goal for her from the start was to encourage them to speak openly about their dad, ensuring they felt comfortable bringing him up in conversation.

She has since made it her mission to show her children how to be positive and still achieve things in the face of difficult times. 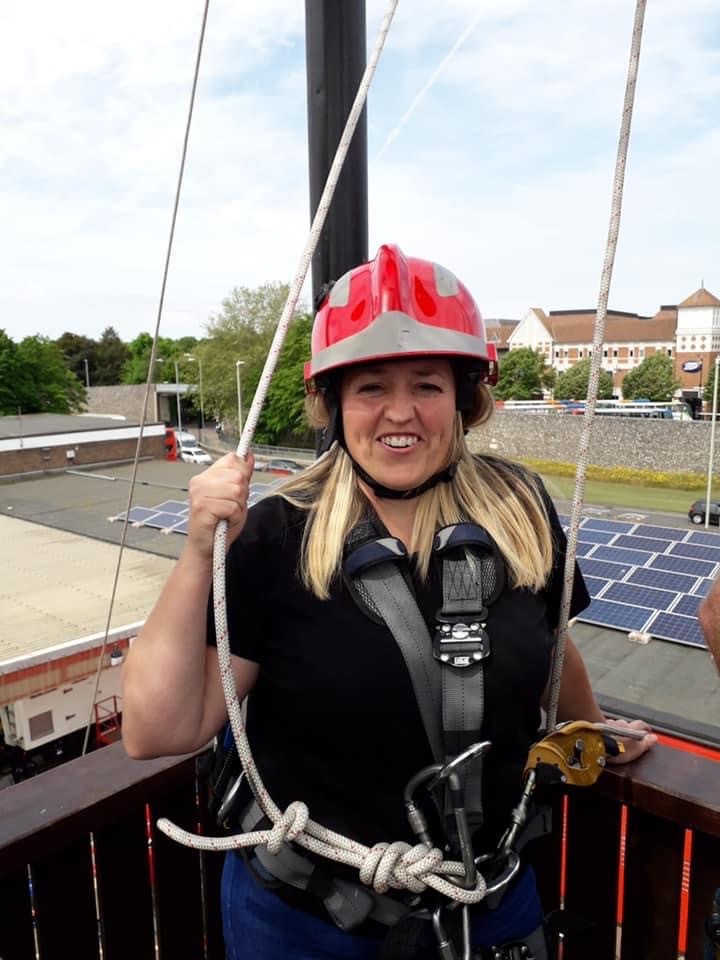 It’s that that gave her the idea of planning some fundraising challenges and events in Danny’s memory, to not only continue his own work on station, but also provide a distraction for her and her kids to have fun together and spend quality time remembering him with his colleagues and loved ones.

“As a family, we started fundraising pretty much straight away after Danny died,” says Nikki. “Danny was a positive person so we really didn’t want it to be all negative at the time.

“The lads on station did a Ladder Climb literally two or three weeks after, then we did the Vitality 10K, a charity cricket match, the Great North Run – it went on from there. The kids, especially with the cricket, were able to play with friends during a lot of the events and, importantly, talk about their dad. It’s giving them that excuse to talk about him. 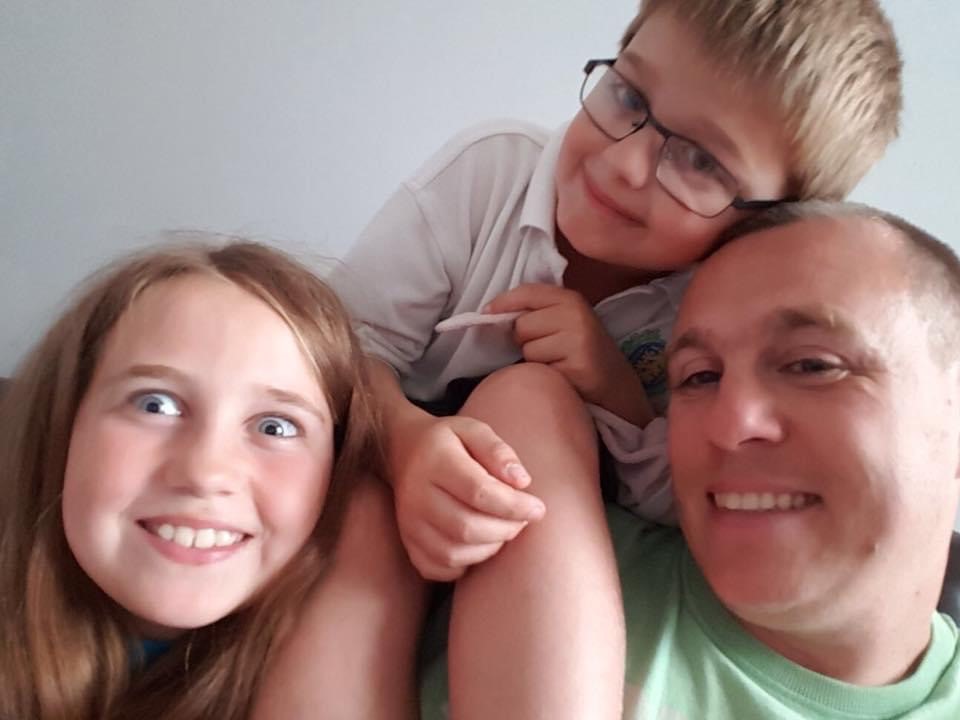 “We’ve made it clear throughout how important it is to talk about him and what happened.

“It’s particularly important to us to raise money for this charity due to the support they have provided to myself and my children following our bereavement, and also the assistance given to the firefighters who were involved in CPR efforts on Danny.”

In fact, Nikki has been so successful with her fundraising that she was nominated for one of our Spirit Of Fire Awards in 2020.

She has been in touch with us throughout and while she hasn’t accessed our support yet, she’s discussed with us the possibility of visiting one of our centres for a respite stay with her children.

The initial planned visit had to be temporarily put on hold due to Covid restrictions, but she says she’s now hoping to speak to us again this year about organising another one. 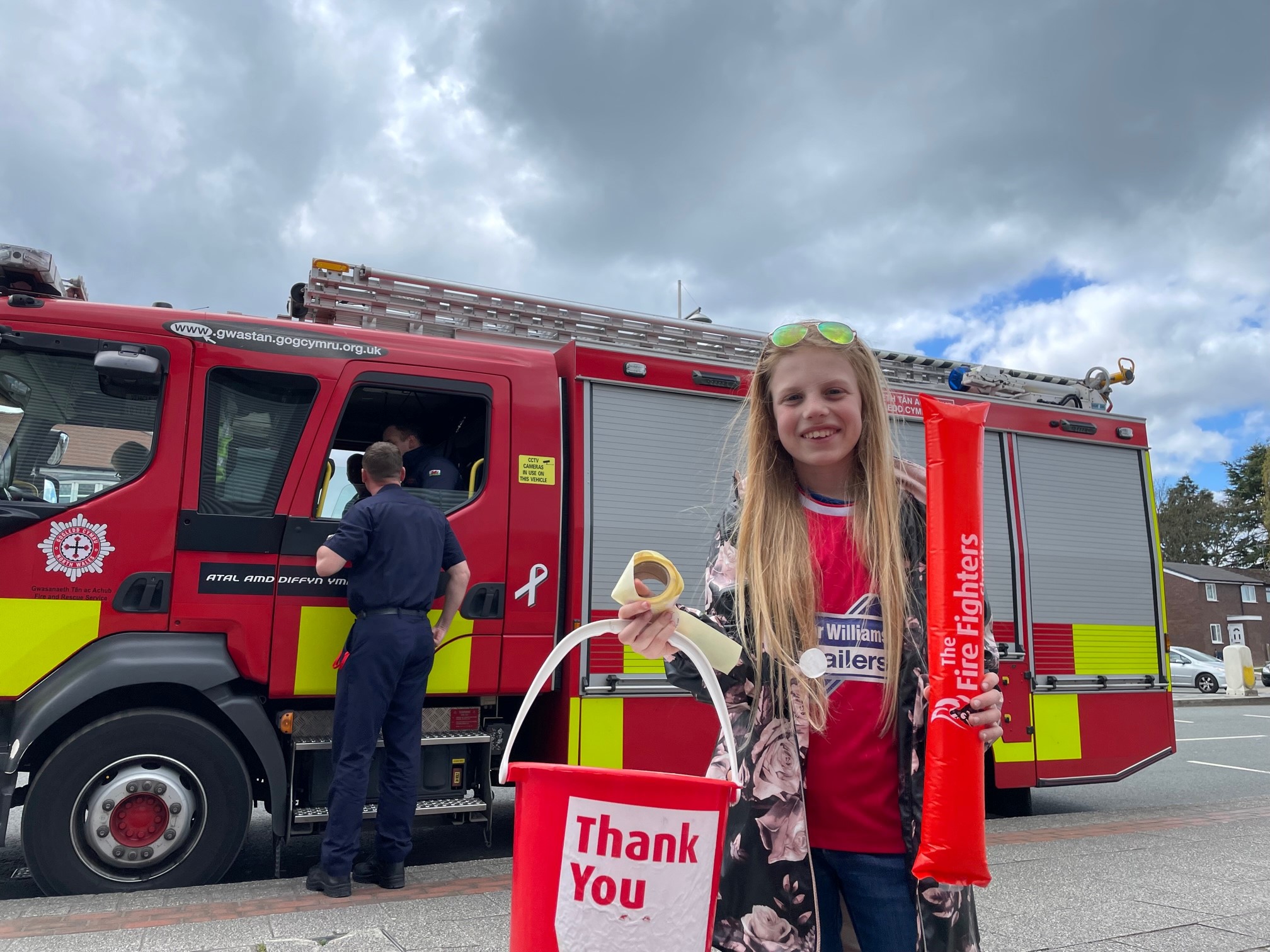 “It’s a huge reassurance knowing we can reach out in the future, myself and the kids, particularly as a lot of bereavement charities are inundated at the moment. I’d love to visit and have that little break away for respite,” says Nikki.

The family’s latest fundraiser saw them doing a bucket collection at the Wrexham vs Altrincham match on April 18 – and they raised an amazing £836 on the day alone.

“It was meant to happen in 2020 but it got cancelled due to Covid. I initially wrote a letter asking about it, and they agreed straight away,” says Nikki. “The club’s since been taken over – by Ryan Reynolds actually! – and I needed to ask again about permissions, but they sorted it for me again this time round. 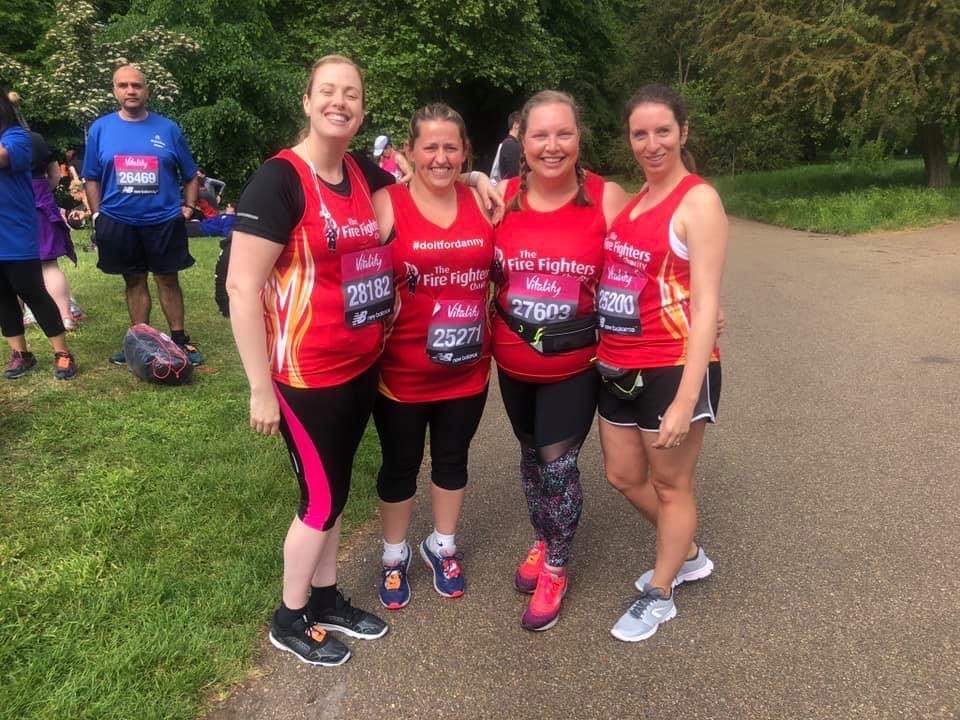 “They were really good, they helped me promote it and did a lot to support us, to encourage people to donate a bit more. Wrexham was my hometown, before I moved to Kent, so it meant a lot.”

Nikki will also be doing the Vitality 10K and Great North Run this year, in aid of us.

“It’s fun to take part in fundraising events, however big or small,” she adds. “We’ve done loads of little things in Kent too, a Brew With A Crew, a non-uniform day, a cake sale, things like that. It brings people together and helps the Charity out too! 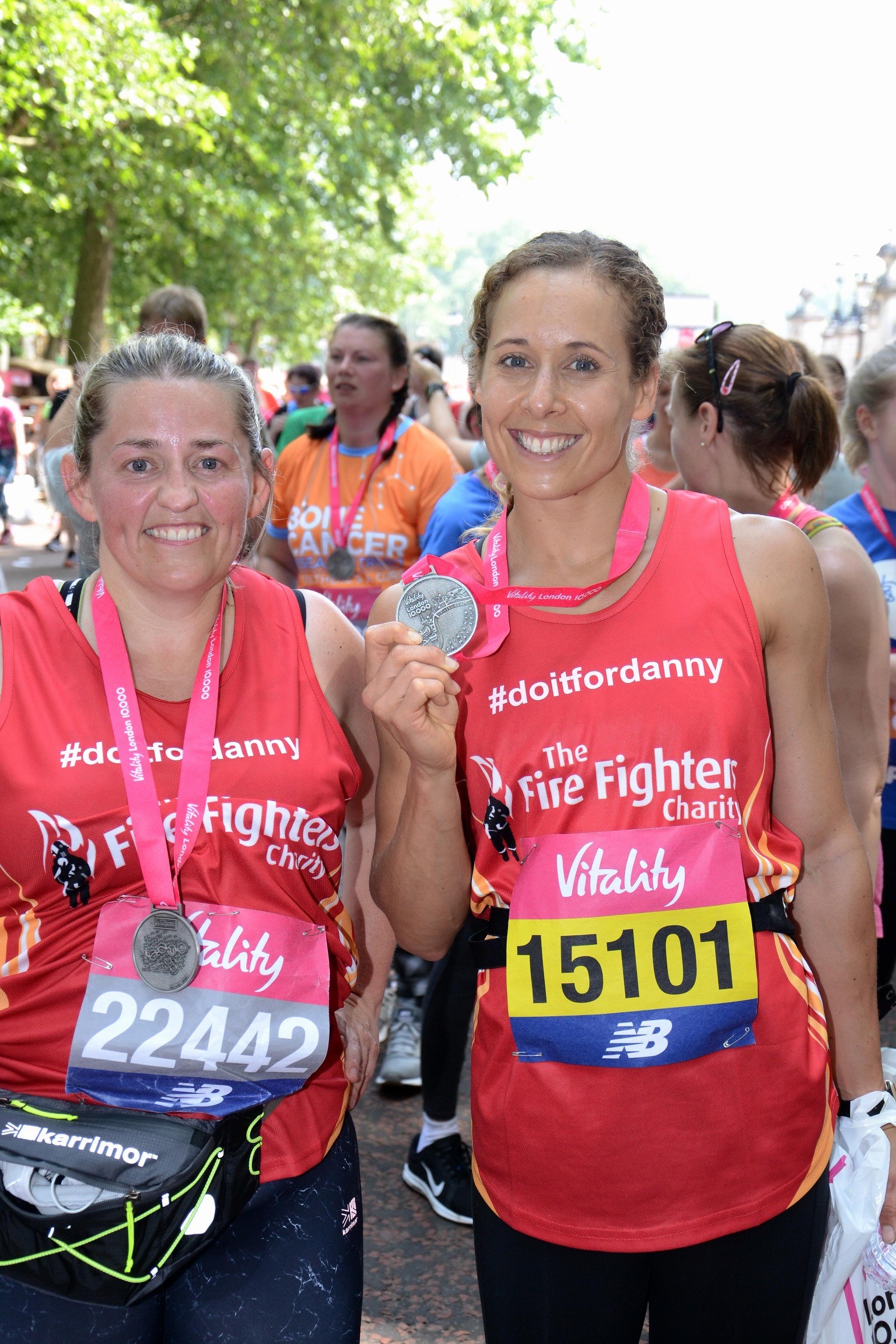 “I know the difference our fundraising will make, it means my kids and I can turn to you for support in the future.” 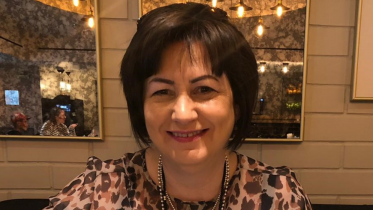 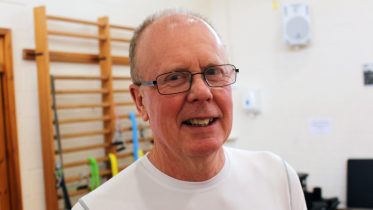 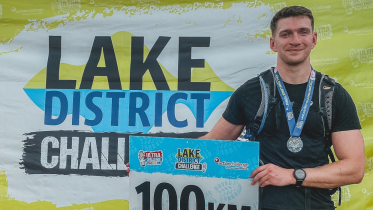 Adam: “I don’t want mental health to be a taboo subject – a lot of people sadly think it is”