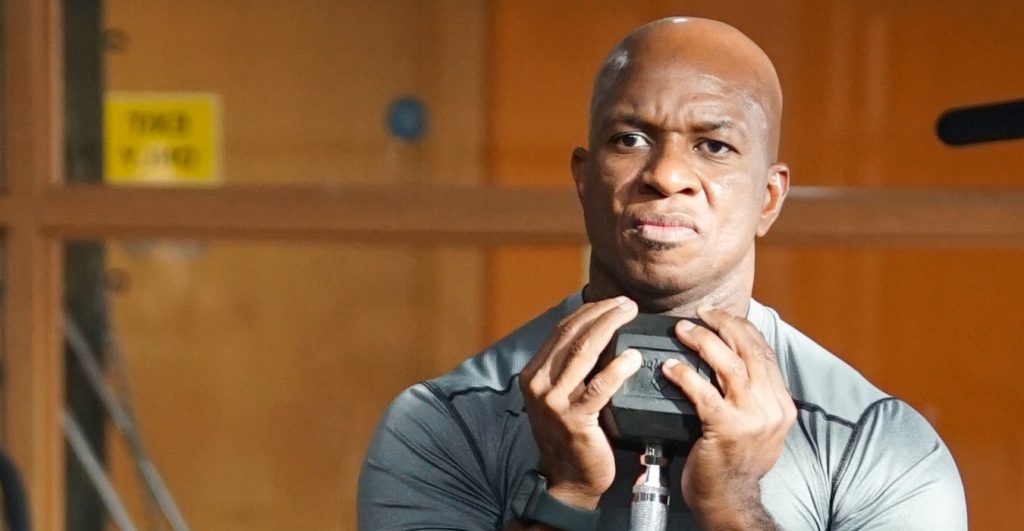 Sustaining a physical injury during lockdown, Camberley firefighter Ray Antrobus thought his chances of treatment and recovery were slim. However, reaching out to the Charity he found the support he needed via video consultation.

When Ray Antrobus tore his hamstring during training right at the beginning of lockdown last year, he thought that would be it for his hopes of a quick recovery and return to work.

“Oh man, it was a bad time to get an injury,” says Ray, who has spent 15 years with Surrey Fire and Rescue Service. “I tried NHS physios, I tried local private physios, I couldn’t get seen in hospital. I was desperate. And then someone suggested The Fire Fighters Charity.”

A wholetime firefighter at Camberley Fire Station, Ray contacted our Support Line and was put in touch with a member of our physio team, who arranged for a video consultation using our clinically approved Attend Anywhere system. Straight away, he says, he felt in safe hands.

“When you’re off work sick, stuck in lockdown, sitting at home worrying if you’ll ever be able to climb a ladder again, and on top of that, you can’t find anyone to talk to, it takes its toll on you,” he admits. “All I could see was the worst case scenario. But as soon as you speak to someone with knowledge about exactly what you’re going through, it just feels amazing.”

After an initial consultation, Ray was given a personalised programme of exercises using the Salaso app, accompanied by regular video calls to check in on his progress with one of our physios.

“I used to look forward to our Friday meetings each week,” he says. “Because of the virus, I couldn’t do anything, couldn’t go to the gym or pool. The only lifeline I had was the support I got from these online sessions.

“Even by video, the range of movements he got me doing was so surprising, looking in depth into how the muscles were working, what I could do and how I was doing it. I didn’t feel pressured or rushed, just constantly reassured that what I was doing was right. And I stated to see gradual improvements.”

This support continued throughout the summer. Then, in order to build on the work he had done during online consultations, Ray was invited to spend time at Marine Court in September. It was to be the first time he had seen anyone in person for help since sustaining his injury in March 2020.

He says at first, he thought he was lucky to have received this blend of digital support using technology that was then complemented with a follow-up visit in person, like he was getting some sort of special treatment. But then he realised it was the same for everyone.

“The level of individual care everyone received was just unbelievable,” he says. “You felt as if you were the only person they were seeing, but they were looking after so many of us at once. And the team seemed to have eyes in the back of their head! If you were trying to cheat a squat – thinking they were preoccupied with someone else – oh no, they didn’t miss anything! Right away they’d be next to you encouraging you to squat a bit deeper.” 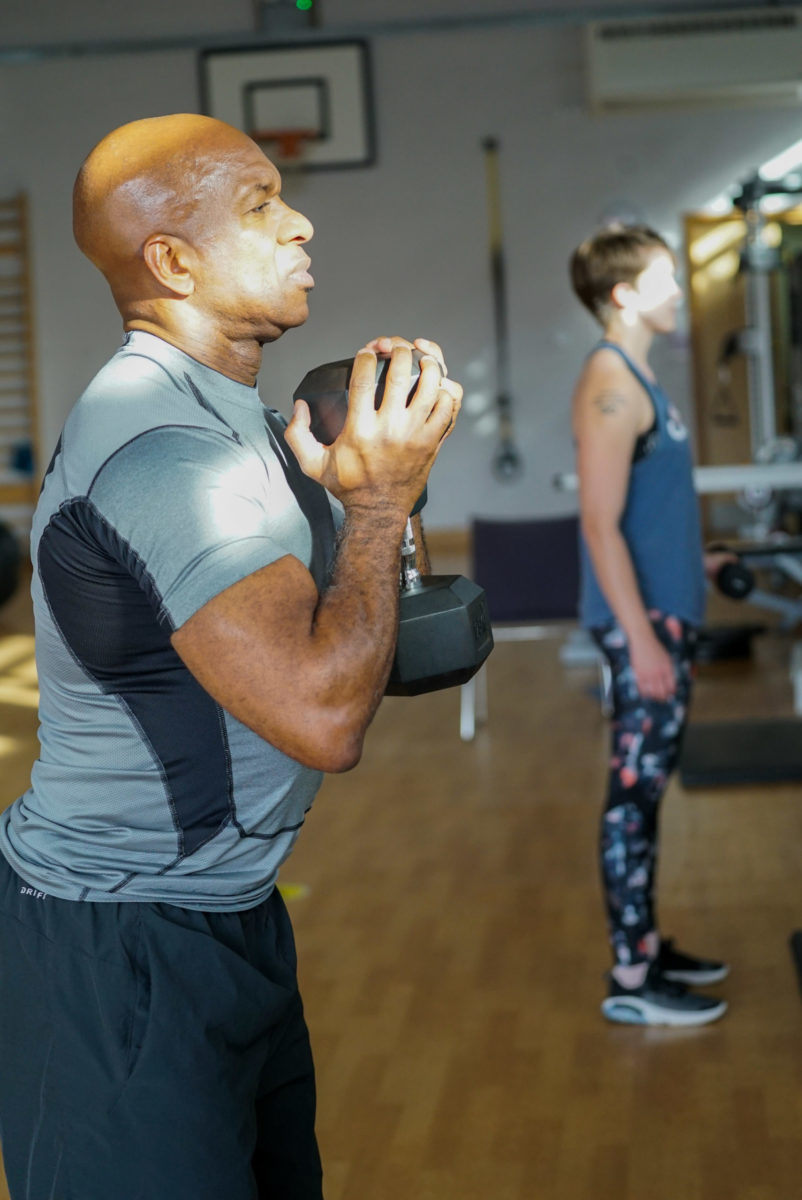 “The level of knowledge and professionalism there is like nothing I’ve ever experienced. I didn’t expect the holistic aspect of the care I received either. I’m still employing some of the meditation techniques I learned and I’m walking more now than I ever have before. I came back a different person, it’s just amazing.””

Upon leaving the centre, Ray continued to have regular contact with the team who monitored his progress and remotely updated his exercises where appropriate, using the Salaso app: “It is so interactive, it’s amazing. I actually spoke to the guys at Marine Court this morning and an hour later, my programme had been updated with new exercises and things for me to work through. Plus Salaso has videos to show you what you should be doing, which is great because seeing a photo doesn’t always convey the same range of movement or ability to see the exercises done properly.” 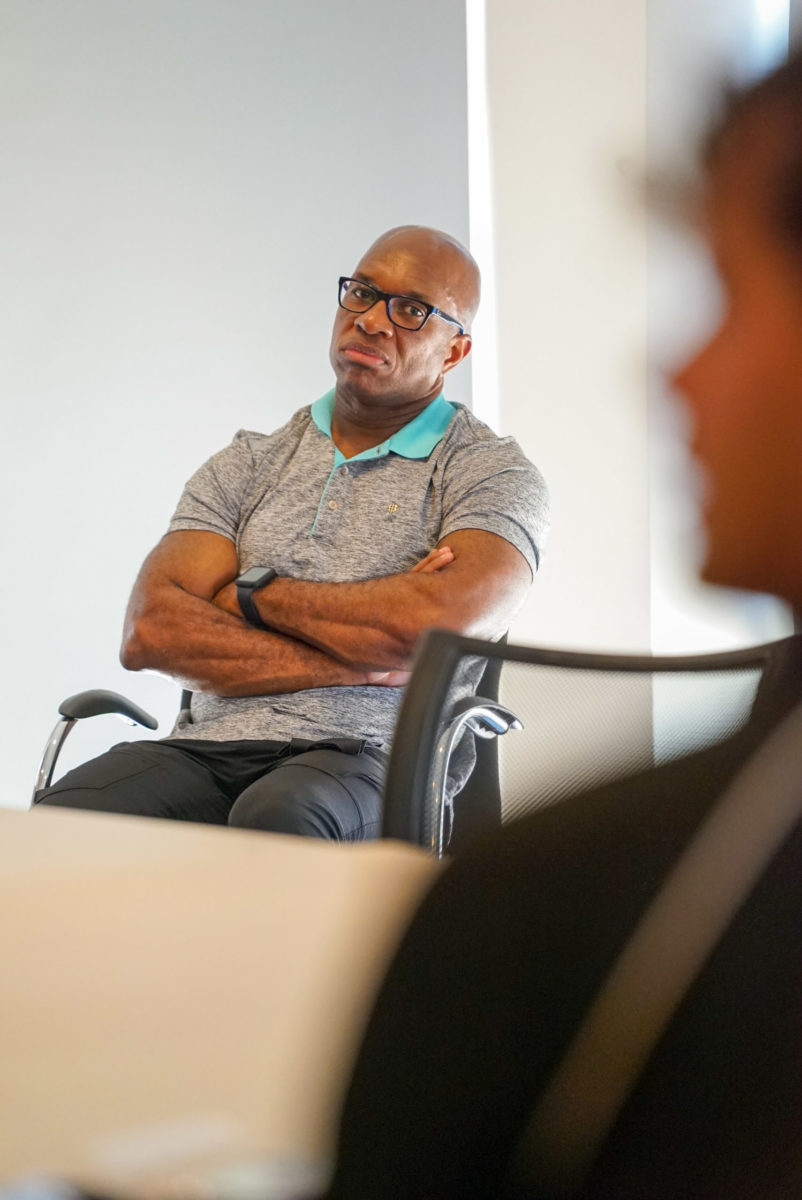 Ray has made such good progress through his online support and time at the centre, that he is now back to work, something he could not have imagined possible this time a year ago.

“I absolutely love my job, so not being able to do it was really hard for me,” he says. “I’d wanted to be a firefighter since I was a little kid, seeing the fire engines drive past. Firefighters have a unique way of thinking. It’s not something you can do as a vocation or a hobby, you have to love helping people because you’re running towards dangers in order to do so.

“Plus things keep evolving; every day there’s a new piece of kit to learn, new car technology to understand or new building regulations to consider. No two incidents are the same and no two people you encounter are the same. We keep training in order to keep making a positive difference to people’s lives. That’s the benefit I get from it. So being back at work thanks to The Fire Fighters Charity is just an amazing feeling.” 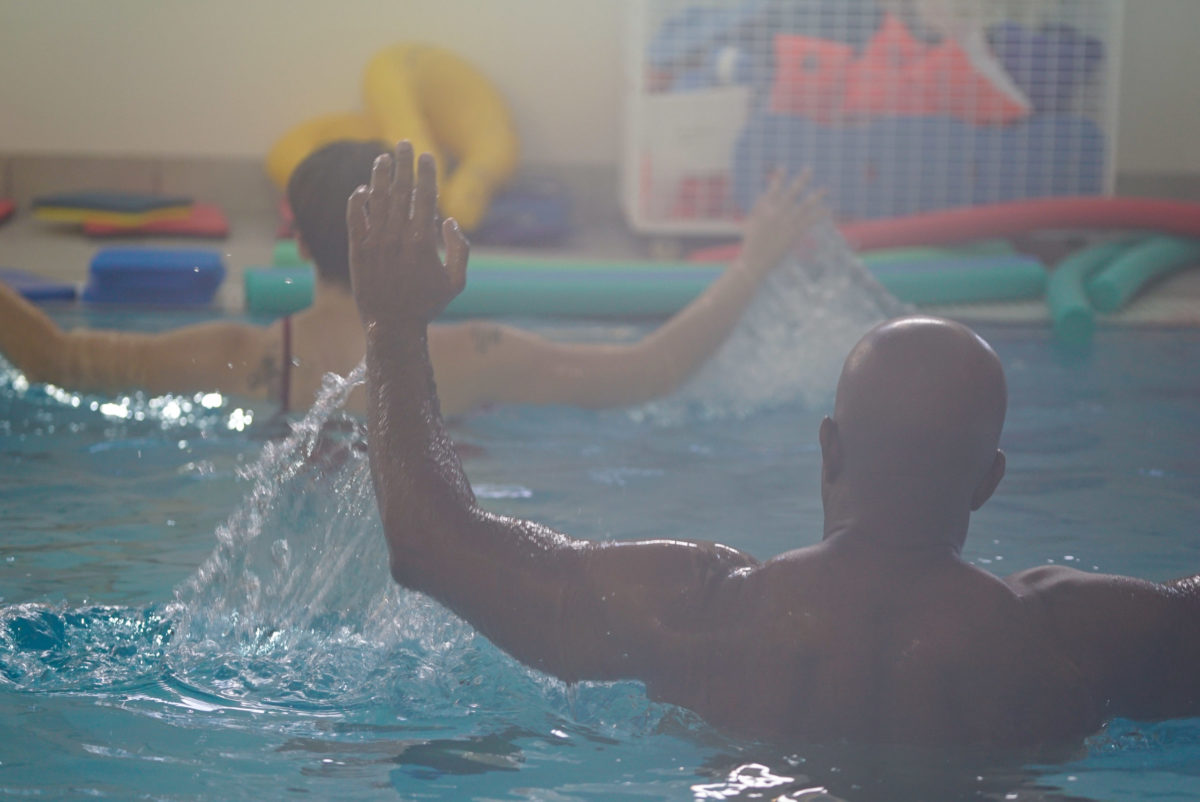 Since returning to work, Ray has taken on the position of Station Rep at Camberley in order to ensure colleagues not only continue to support the Charity, but also consider our services should they ever need them.

“I can’t find the words to describe the support I received, it’s just phenomenal, so I’ll do whatever I can to help make sure the Charity can go forwards,” he says. “I just can’t stop singing about it to colleagues, it changed my whole outlook on life for the better. So anything I can do to help, I am going to.”

If something is affecting your physical or mental health or social wellbeing, let us help. Our team of specialists continue to provide remote support to beneficiaries throughout the pandemic, so call our Support Line on 0800 389 8820 or make an enquiry online.