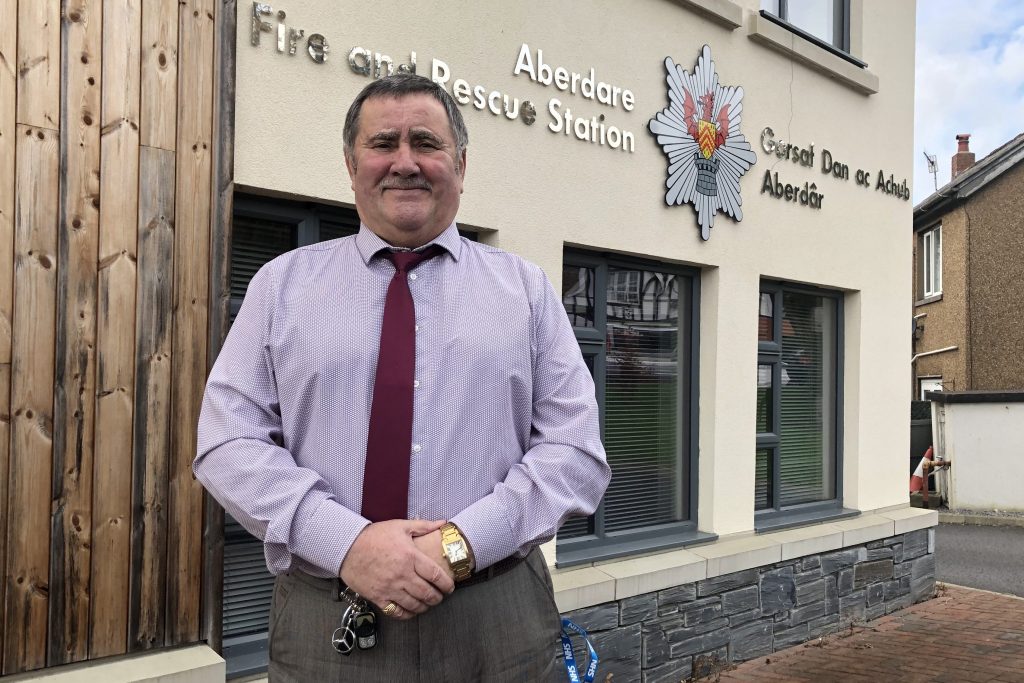 For retired South Wales firefighter Roger Pugh, our Aberdare Living Well Group provides a much-needed source of friendship and community, and helps combat the loneliness he feels after the loss of his wife.

How do you adjust to life after the death of someone you’ve spent nearly 50 years with? It’s a dilemma no one wants to have to think about, but is one Roger Pugh was faced with when his wife passed away six years ago after a short illness.

“I find it difficult to explain what life was like after her,” says the former South Wales Firefighter. “She died six weeks after being diagnosed, which was good for her, but for myself and our family, was more than a little bit devastating. Everything we’d ever planned was suddenly gone. I’d just assumed that I would go first, which is the norm, it’s normally the male. But then one day she was wasn’t there anymore.”

After an accident prevented him from being able to continue, Roger retired from the fire service in 1996 after 21 happy years. Wanting to keep himself busy, he had a series of other roles with the police and local prison, as well as spending 12 years working as a Magistrate.

Roger now works in secure mental health units, sitting on the panel of tribunal of people who have lost their liberty through being sectioned.

But he says he still very much misses the fire service.

“I didn’t want to leave when I did,” he says. “A room came down on top of me while out on a shout. We took a call to say there was a glass fire in a building that had been built in the 1920s and used during the miners’ strikes. Unknown to us, some local kids had put a match to some plastic crates alongside it. Being an old building, there was a lot of horse hair used as insulation, so there was a lot of smoke. Apparently back in the 20s a miner lost both legs and used a wheelchair to get around, which was still in the loft. This came through the roof right where I was standing, and I jumped out of the way to avoid it but lost my footing and landed badly on my tailbone. By the morning I could barely move, and the surgeons told me I’d have to leave my job.”

When The Fire Fighters Charity opened its first Living Well Group in Aberdare last autumn, Roger went along. And he’s now become a familiar face at each of the monthly meetings.

“I think it’s excellent,” he says. “Everybody I know who goes to it looks forward to each meeting. We talk about the old days, having a laugh and a joke, or listening to lectures with a serious side. Many of us are former colleagues, so it’s great to catch up.”

Roger says the group also helps combat some of the loneliness he has felt since his wife passed away: “It helps you stay connected and keeps the brain matter going,” he says. “We used to go on holidays several times a year, but I’ve only been once since she died, because it’s not the same without her. The groups give you something to look forward to each month.

“It also helps you feel like you’re still part of the fire service. I still needed the company and still wanted to be part of my community, which is partly why I became involved in so many different things; everything I’ve ever done has been to try and help others. I’ve never broken my ties with the fire service.”

We have a number of Living Well Groups across the country, where retired fire personnel can meet up. They are entirely run by volunteers and supported by the Charity. If you’d like to help set one up in your local area or you’d like to find where your nearest group is, contact Communities Development Lead Clare Hannaford at CHannaford@firefighterscharity.org.uk or give her a ring on 01626 853639.