Fancy a break in the Lake District, why not stay at Jubilee House?
Learn more

Become a volunteer, like Smudger. Find out more.
Learn more

A motorcycle accident left Paul 'Smudger' Smith fearing for his career, but support from The Fire Fighters Charity saw him back on the run, and now he's become a volunteer. 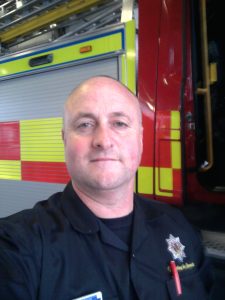 Paul Smith, 49, known as Smudger to his friends and colleagues, is a wholetime firefighter stationed at Dundee Kingsway East.

After suffering a painful injury to his shoulder and neck in a motorcycle accident, Smudger has visited Jubilee House on three occasions. Smudger recalls; “After the accident I was getting increasing problems with my shoulder. I was seeing doctors and having scans. I eventually had an operation in 2014. After the operation I got in contact with the Charity as I knew I needed help getting back to full fitness.

“I already knew about the Charity as I do the lottery and donate regularly through my wages. However, I didn’t know what to expect before I attended rehabilitation for the first time. I was a bit apprehensive but I was looking forward to it as I had heard such good things about it.”

Smudger was on light duties at work when he first visited Jubilee House for seven days; “I had a mixture of massage, manipulation and exercises to get my shoulder mobilised. The pool exercises were really good and I did a lot of exercises in the gym. I had exercises to take home and continue with in between visits.”

“I know for sure if it wasn’t for the treatment I received at Jubilee House I wouldn’t be back on the run.”

“For a while I didn’t think I was going to get back to work after the operation. I thought my career was at an end. But the treatment you get there is so intense and so specific to you, it’s just amazing. You just can’t get that anywhere else. If it wasn’t for the help I received I wouldn’t be back to work. I cannot thank the charity staff enough for their time and effort in my rehabilitation.”

Smudger enthuses; “When I returned to work I became a station representative for the charity. I now know how valuable the service is and I am going to try and get more people to use it and raise money to help them continue their work. I will be co-ordinating the car wash which is coming up soon and I have just let all the stations know about how to order merchandise from the shop.” 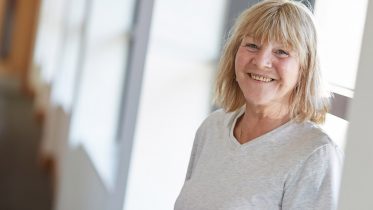 Mark: “They helped me put my demons to rest” 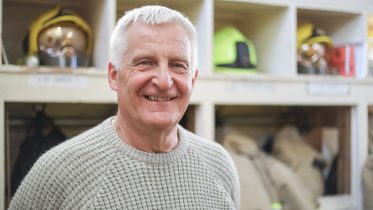