Former Deputy Chief Fire Officer Tony Proctor became anxious and stressed after he retired, here’s how our psychological support services allowed him to enjoy his retirement.

After retiring from a 40-year long career that had seen him reach the position of Deputy Chief Fire Officer with Greater Manchester Fire Service, Tony Proctor had been expecting to enjoy his retirement, free from the pressures of life at the top of one of the country’s largest fire and rescue services.

However, far from being able to unwind and relax into his free time, Tony found retirement hard. He missed the people and camaraderie of the service and, as time went on, became increasingly anxious. As he explains; “In the service you always worked as a team and team work is the essence on which the fire service is built. Being removed from that network removes a lot of support around you and you can actually feel quite vulnerable. For me it felt like a mini-bereavement.”

Attending the Charity’s rehabilitation programme for a severe back problem, Tony self-referred to see one of our Psychological Therapists and, he says, it was a life changing decision.

“The thing that was most important to me,” he explains, “was that I could have total confidence in my psychological therapist as a caring, objective, professionally qualified, non-judgmental person who was there to help me. This was exactly how she was and she worked with me to put all the issues on the table.

“The time I spent at The Fire Fighters Charity has almost set me free. It’s given me a set of tools that allows me to manage life day-to-day, but most importantly I am now a happier person because of it.”

We’re committed to helping more people like Tony to access the support they need, when they need it. Mental health issues can take countless forms and affect people in vastly different ways, but however it affects our beneficiaries, at whatever time of their life, we will be there for them. 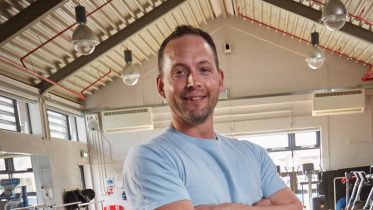 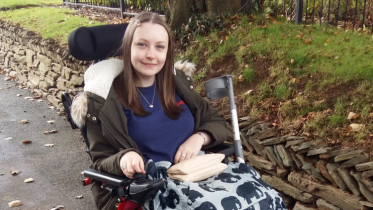 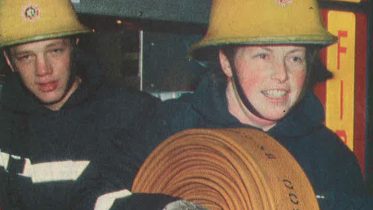 Heather: The trailblazer who paved the way for female firefighters in Northern Ireland