Will Cashmore was supported by us following an injury at work in 2016. Just a few years later, his dad was also helped following a shock accident, and he’s now preparing to run the London Marathon for us to say thank you.

Running has never been something Will Cashmore has enjoyed or pursued, so signing up to take on the 2022 London Marathon was one of the biggest decisions he’s ever made.

He now says completing it in aid of us later this year will have a particularly special meaning for him, after we supported both him and his dad – who’s a retired West Midlands Group Commander – following major accidents.

And Will, 28, says the help they’ve both received is all down to you, our kind-hearted donors. 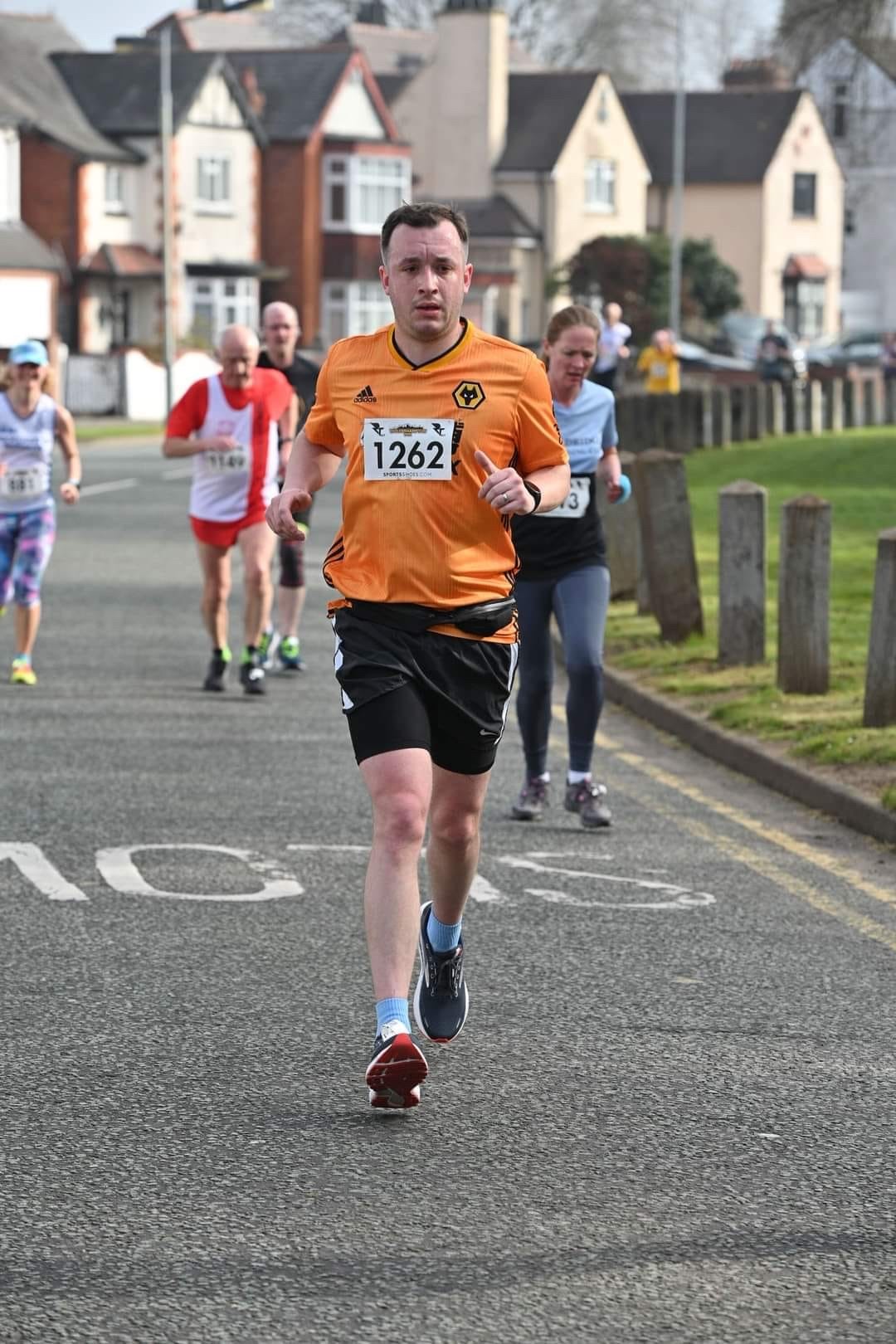 “I’ve never been a runner, to put this into perspective!” says Will, who works as a HGV driver. “This is a good way to pay back our Charity and all its supporters that have donated. They made this possible for me.”

Will had heard about the support we offer through his dad, Andy, 57, throughout his career in the fire service – but never knew he was also eligible, being his dependant at the time.

However, in 2016 he reached out for our help following an accident at the factory he used to work in.

“I worked in a steel stockholders factory and one of the big coils of steel fell and I got trapped underneath it,” says Will. “I broke my right femur and my left foot and ended up having an operation to have a metal bar put in and nuts and bolts added!

“I had nearly two years off work while I recovered.” 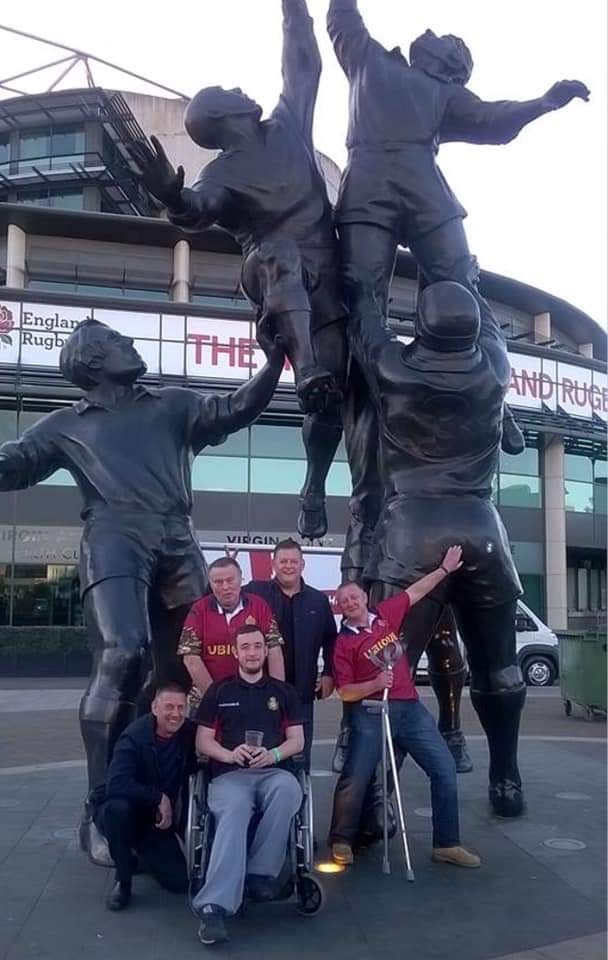 Knowing about our support, Andy got in touch with us on Will’s behalf, and we offered him a stay at Jubilee House, our centre in Cumbria.

“It was the best thing I’ve ever done. I turned up in a wheelchair with crutches and by the second to last day I was just about walking to the end of the car park to go to the pub!” says Will.

“They taught me to walk again to be honest. I could build up my confidence with experts around me. I’d done over 50 physio sessions before, but I 100% got more from that stay at Jubilee House.

“I’ve got myself back to normal, so to speak, and told myself I was going to run the Birmingham Half Marathon a few years ago, to prove I could do it.”

Will did just that, but vowed at the time that it’d be the last running challenge he’d ever do.

However, his dad Andy went on to suffer an accident a few years later, in the middle of the Covid-19 pandemic. 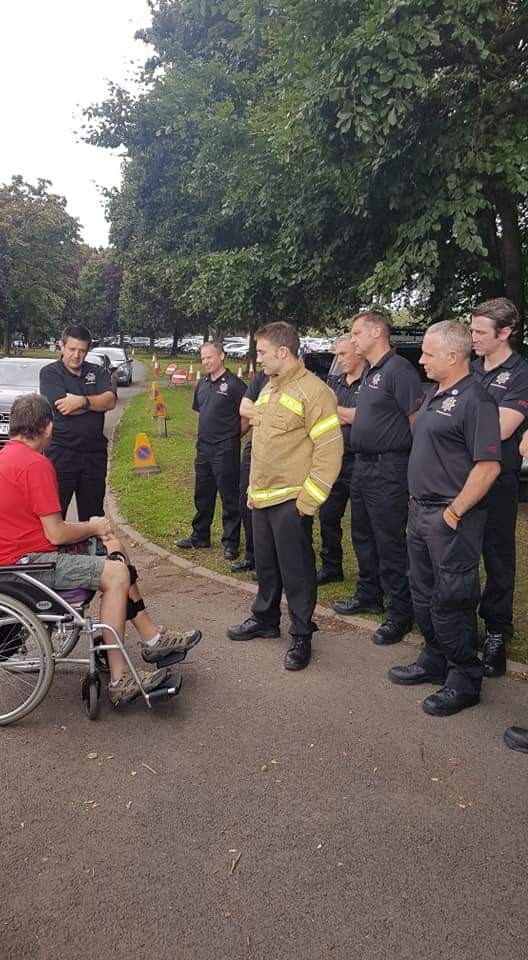 “He was planning his retirement at the time and was walking the dog when a car reversed into him and crushed him between two other cars,” recalls Will.

“He broke the exact same bone that I did in both legs. He went to QE Hospital in Birmingham and had the exact same operation on both legs. Between the two of us, we’ve only got one good leg! The family have started calling us the Crashmores!

“Unfortunately with my dad, it happened in the middle of Covid so he couldn’t visit Jubilee House straight away. He went once he’d learned to walk himself, but he still got a lot from it.

“The accident meant his retirement was brought forward which was a shame. He’d planned it around when I was getting married, so that was going to be a big month for us originally.”

Wanting to give back to our Charity, having seen how we then helped his dad just like him, Will applied to run the London Marathon for us later this year.

He was delighted when he was offered a place at the start of 2022.

“We raised a bit of money for you at the time of my dad’s accident, with Charity boxes in the pubs and raffles, things like that, and we did a walk with him in the wheelchair,” says Will. “But now I want to go that extra mile, so to speak!

“After the Half Marathon, I swore blind I’d never run another one again! But then my dad’s accident happened and the opportunity to run the Marathon for this Charity is my way of giving back.” 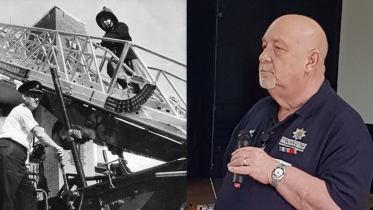 Nigel: “The Charity helped our family, we wanted to give something back” 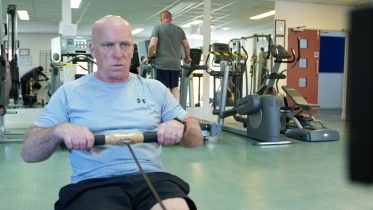