A regular player of The Fire Fighters Lottery and a beneficiary who has used the Charity's services in the past, Andrew Alecock's numbers came in and he won over £18,000 in April 2014. Here's his story, in his own words. 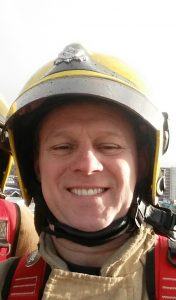 I’ve been a firefighter for 29 years and serve at City Centre Fire Station’s Blue Watch in Liverpool. It’s a good, varied job and I’ve only got 14 months to go before I retire – I can’t wait!

I joined the fire brigade in 1985 and have been aware of the Charity ever since. I joined the Lottery when they first set it up – one of the reps came round our station and I opted in through my wages.

I received an email from the Charity saying there had been a discrepancy with my lottery payment and could I get in touch. I rang the next morning when we were sat in bed having a cup of tea. The lady said I’d won the jackpot – I thought it was about £1000! When she told me, I said ‘can I put you on hold for a moment, so I can cuddle my wife?’ I gave her a big hug! I was gob smacked.

After that, we told my daughter, my mum and dad, my wife’s mum and dad and the lads from work. I’m happy to talk about it – the kind of person I am, outgoing and a joker, most people know me, so if anyone sees my name and is inspired to join and contribute, that’s great!

With the money, we’ve put some in savings, given some to my daughter and her boyfriend for a house deposit – they’re having a baby in February. And we’ve just splashed out on an all-inclusive five star holiday in Mexico!

The main reason I contribute to the Lottery each month is because it’s such an important thing, and the money that we contribute all goes towards the upkeep of the centres and services.

I’ve used the Charity’s services myself – I went for recuperation at Marine Court in Littlehampton in 1999 after being involved in a bad accident. We went for a week, and it was really good.

I’ll keep playing when I retire – it’s daft not to! I could win again… When you pay through your wages it comes out at source and you don’t even realise it’s gone, plus it’s going to a good cause, something of value. I firmly believe in the Charity. 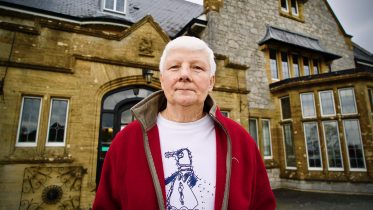 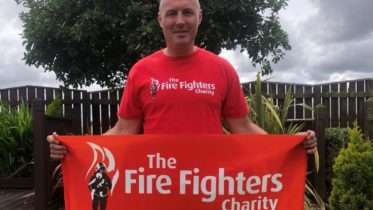 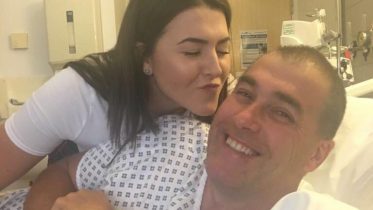