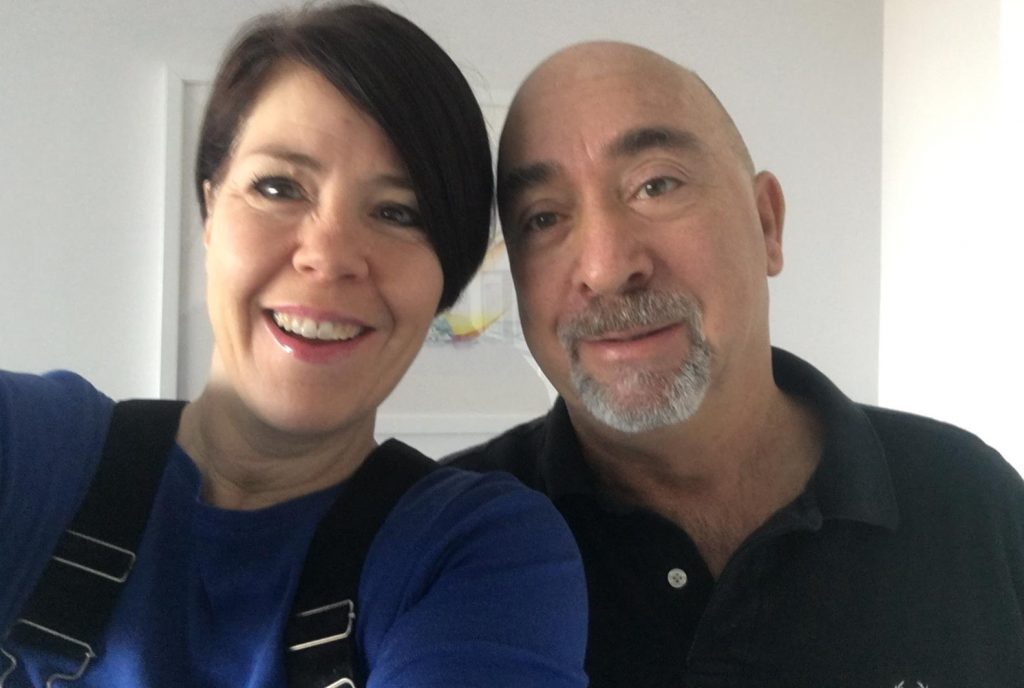 Clare Banks is walking a thousand miles in a year to raise funds for The Fire Fighters Charity, as a way of saying thank you for the kindness shown to her husband, Cliff, after his stroke. Through the ups and downs, they are by each other's side, every single step of the way.

When it comes to recovery from a stroke, the journey is a slow one, taking one step at a time. It is therefore fitting perhaps, that to say thank you for the care shown to her husband after his stroke, Clare Banks is walking a thousand miles across the year raising money for The Fire Fighters Charity.

Cliff Banks retired from his role as a firefighter seven years ago, after 34 years spent with Bedfordshire Fire and Rescue Service. He and Clare moved to the countryside and settled into enjoying his retirement. Then one day out of the blue, Cliff had a stroke.

“We were just trundling along, doing normal things, lots of walking, enjoying our new life,” says Clare. “Then one Saturday, we had some old firefighter friends come visit us for lunch. We’d literally just seen them out when I looked at Cliff and just knew something was wrong. We rushed him to hospital, and by the next day, he’d completely lost the left side of his body. It was a nightmare.”

Clare says the next few weeks were a whirlwind of hospital visits, consultant meetings and intensive physio sessions. Then six weeks later, they were home, left to try and adjust to a very different new life to the one they’d imagined.

“I’ve got a background in looking after people with MS, Parkinson’s and strokes, so I knew what to expect when we brought him home,” says Clare. “But I didn’t realise just how intense and difficult it would be, seeing someone you love disappear in front of you. He’s completely different now, he looks and acts differently, he’s having to learn to walk again, and he’s a lot more emotional than he was before. It’s hard to acknowledge, just how much of an impact it had on both of us, on our relationship and on our family. And on top of that, Cliff lost his dad while he was in hospital, so we haven’t had a good run of it, truth be told. ” 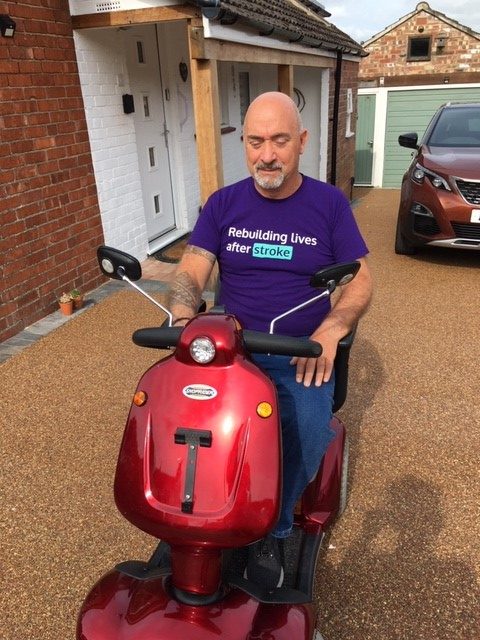 Cliff had been supported by the Charity 15 years ago when he slipped a disc in his neck and the couple had spent time at Harcombe House for some recuperation while he was off work. So they decided to once more see if they could get a break away to help them regroup, and were offered a week at Jubilee House, our centre in Penrith.

“While we were there, we got talking to people who were taking part in the programme, and were amazed to hear how much we might benefit from taking part,” says Clare. “So we asked if we could come back and take part in activities, and they said yes.”

Cliff and Clare were supported by the nursing team, sharing one of the specially-adapted bedrooms so Cliff could take part in activities with the help of a nurse if he needed it, and Clare could take some time to herself, safe in the knowledge he was in safe hands.

“The nurses were absolutely amazing, just like everyone else there,” says Clare. “From the minute we stepped through the door we were so supported, no one could do enough for us both. I help Cliff with any personal care he needs, but they offered to give me a break if I needed it. They’d go in the hydro pool with him and include me in his exercises, so I could help him carry on when we got home. Progress is slow, but at least improvements are there, however gradual.”

Cliff also spoke to members of the psychological team about feelings he’s been having since the stroke and how it’s affected daily life, something Clare says he struggled to do at with counsellors at home. And for Clare, while out exploring and walking round the Lake Distict while Cliff was taking part in activities, she found her own form of therapy, as well as an idea of how to say thank you. 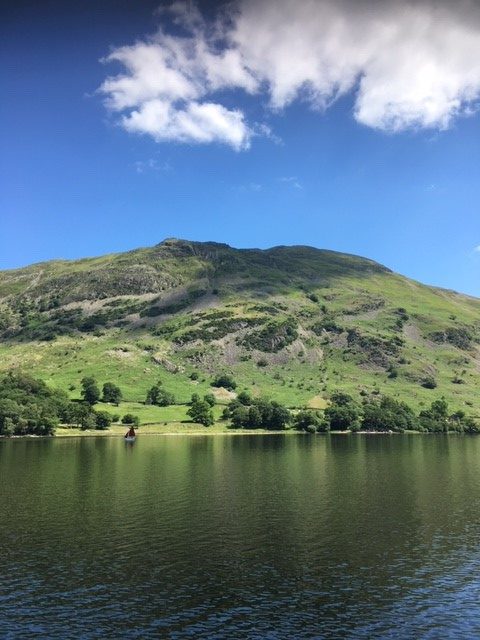 “I’ve always loved walking, it’s a great way to just clear your head,” she says. “While we were at Penrith, I saw a challenge on Facebook asking people to commit to walk a thousand miles in a year. If you did it every day, it works out at a couple of miles a day, which seemed pretty doable for me, while giving the flexibility to catch up if you couldn’t make it out one day. I wanted to do something to thank The Fire Fighters Charity for the support they’ve shown us, both during Cliff’s career and after his stroke. If I could raise a pound for every mile I walk, that’s a great amount for the Charity.

“I’m already seeing a huge impact on my overall wellbeing from being outdoors every day, both mentally and physically. I can sometimes feel quite suffocated in the house, looking after him on my own, so to be able to have that hour out on your own is quite nice. We’ve always loved walking, and this way he can come out with me for parts of it too, on his scooter. I go out first thing and watch the sun rise, and I’ve seen some amazing wildlife already. I’m doing it bit by bit; we’re both taking things one step at a time, with each other by our side.” 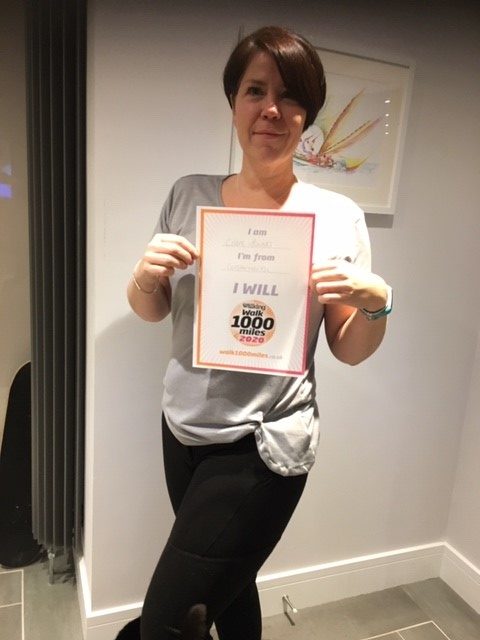 A year on from his stroke, Cliff has made some progress, and is able to walk for longer periods than before, and the couple have adapted their house to make life easier for him.

“Life changed overnight for both of us, but it’s just one of those things,” says Clare. “I’m just grateful we can’t see into the future, because you wouldn’t dream it would happen or imagine how you’d cope. But once you’re in it, you’ve got no choice get on with it. I know Cliff finds it tough, waking up each day, having to do it all over again, learning to negotiate daily life. You try to stay positive, and we’re lucky that we do have the hope of rehabilitation, however gradual. Some people aren’t as lucky. I’m just so grateful The Fire Fighters Charity is there, they’ve been so kind to us, so this is a small token to put something back in.” 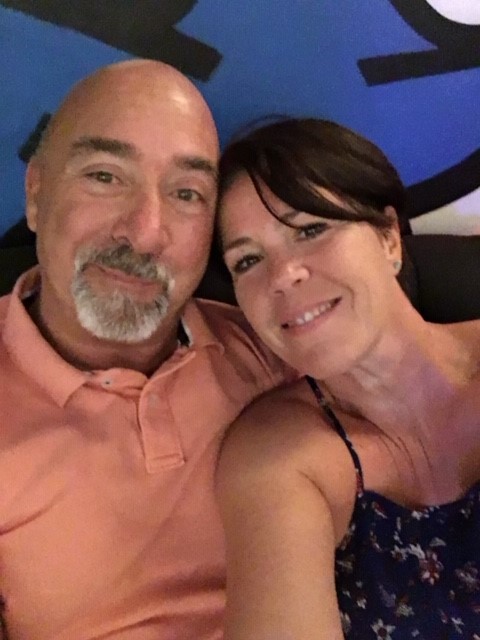 If you’d like to donate to Clare’s fundraising, you can do so via her JustGiving page.

And if you’re struggling to adjust to a life-changing condition and would like support, get in touch. Call us today on 0800 389 8820 or make an enquiry online.