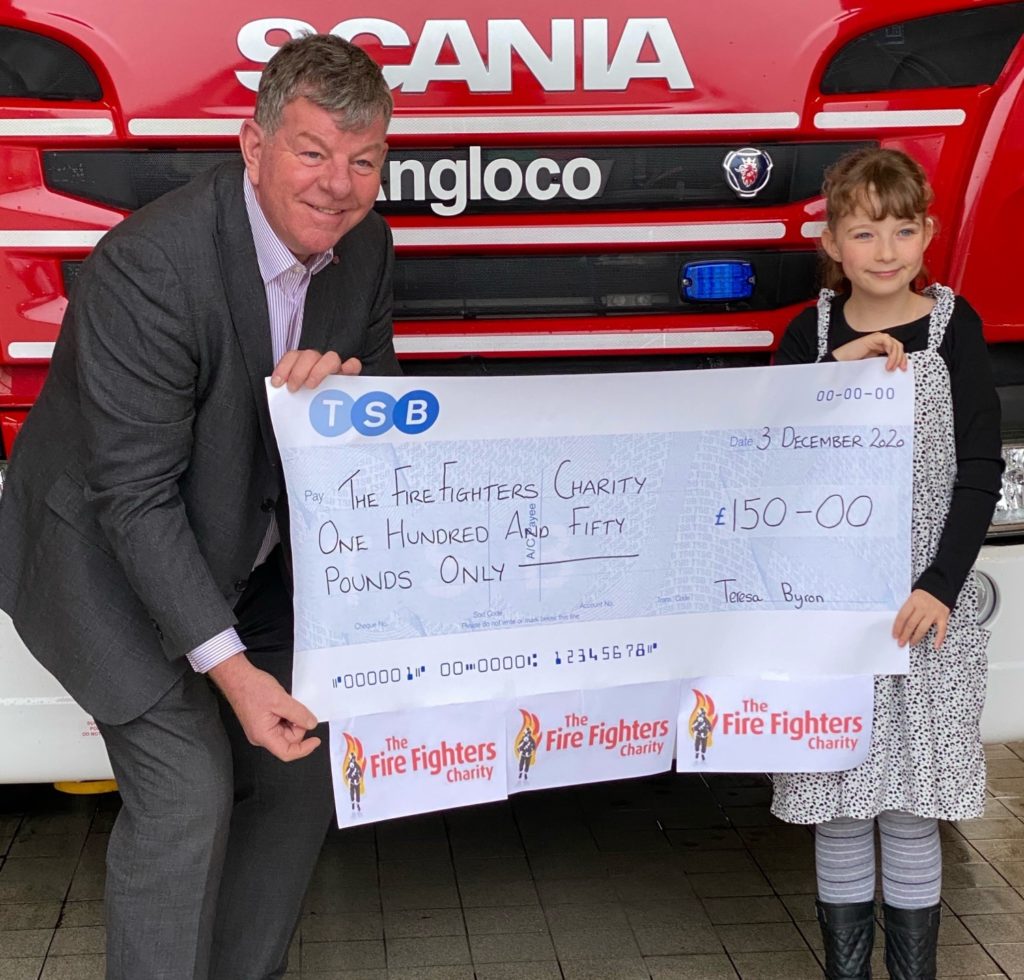 Nine-year-old Teresa Byron decided to take on her own fundraising challenge to say thanks for the support her mum, Daisy, received when she came to the Charity after being medically retired from her 15-year career as an operational firefighter.

Daisy Byron may have been forced to medically retire from her role as an operational firefighter with Buckinghamshire Fire and Rescue Service, but she is no less a hero in her daughter’s eyes.

“She was sat with her nanny and me one day and she just said she wanted to do some fundraising,” says Daisy, who now works in the Safety Enforcement department for Bedfordshire FRS. “She just came out with it, saying she’d like to do something that would lead to a 50 50 split between the charity shop where Nanny works and something for ‘you, Mummy’. She knows that I was supported by The Fire Fighters Charity, so wanted to do something to give back.”

Teresa began planning straight away, deciding to create Christmas treat jars, where she paid for everything out of her pocket money. Initially setting their sights on making 25 jars and charge £3 each, word spread about her efforts and Teresa soon had 50 orders, with everyone giving £5 instead. In total, she has raised £300 to be split between the two charities. 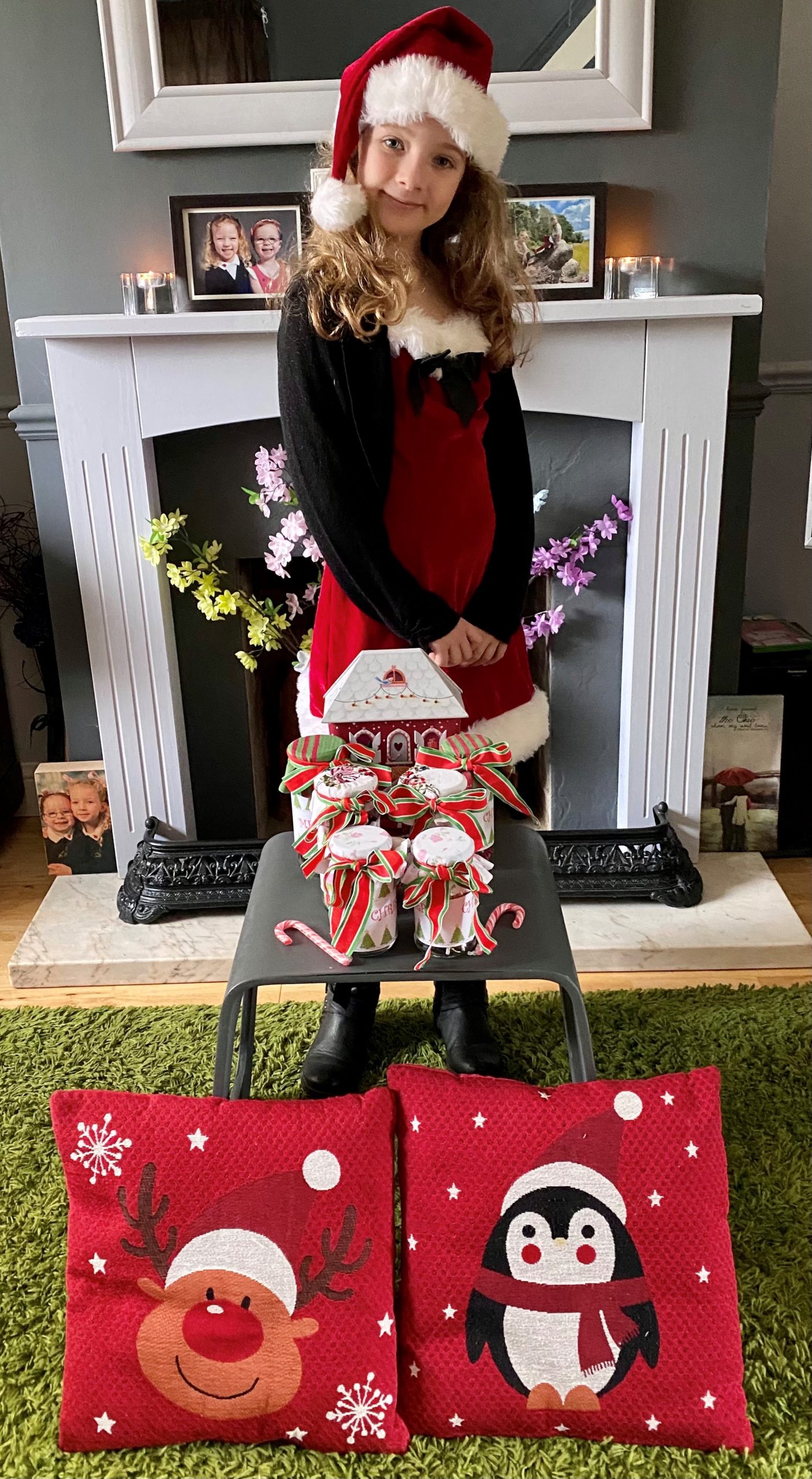 “I couldn’t believe how quickly it took off!” says Daisy. “She’s gorgeous, bless her, we’re very proud of her. She’s very independent and just is a naturally caring person. I don’t think she can quite comprehend what she’s done or realises the impact of the amazing work you do. But she saw that mummy was a firefighter, she went off to this Charity place by the seaside and they helped her, so she wanted to do something to say thanks.”

Daisy spent time at Marine Court, our centre on the West Sussex coast, in 2015 after complications that arose from having her two daughters led to her being unable to continue operational duties.

“I am very blessed to have two little girls – Teresa and her little sister, Lara, who is nearly seven – but having my beautiful children didn’t agree with my body and I had to medically retire from the run after 15 years,” says Daisy. “I was invited to Marine Court for two week-long visits, with a short break in between so I could go home to my children. It was absolutely brilliant, and I feel so lucky to have been able to have gone there.

“I went to focus on the physical recovery and was given my personalised exercises during my first week. But they also mentioned I could speak to a counsellor if I wanted to, so I thought what harm could it do? I broke. There’s no other way to describe it. But it was just what I needed. I’d had tragedies when I was a young adult that I’d never really dealt with; my boyfriend of four years passed away unexpectedly in a bar one night, when his heart just stopped. I’ve always been the person to just get on with things, because if I sit too long, I dwell, so I just went straight back to work. But then losing my dream job as a firefighter was like experiencing bereavement all over again.

“Even though I knew I’d never be able to go back on the run, I went hoping they would fix me, that was what I wanted so much. You go there thinking the world is against you, then you get there and meet other people all with their own issues and they make you think differently. The whole experience just helped me so much.

“I’ve done fundraising myself over the years, I even did a skydive for you guys, and the kids have got involved in car washes etc. But here was my daughter, saying she wanted to do something herself, unprompted. I’m so proud of her.”

Daisy has worked for Bedfordshire for just over a year, and mentioned Teresa’s fundraising to her Comms team, asking if she might be able to come along to present a cheque to the watch.

“They said they could do one better and arranged for Teresa to come in last week and meet our Chief, Paul Fuller, who has just been appointed as the new Chair of the Board of Trustees for The Fire Fighters Charity!” 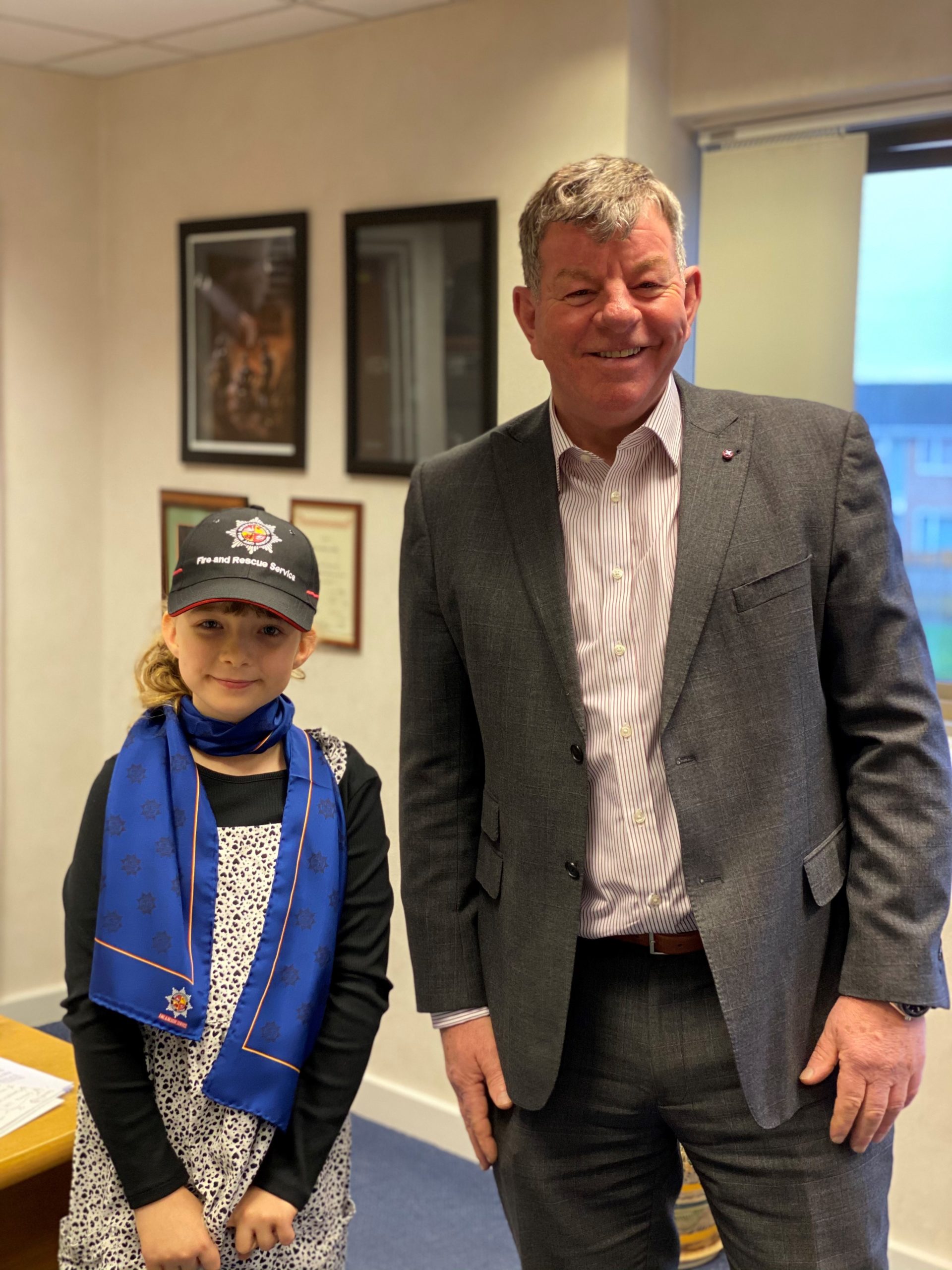 “She also met the watch and had a tour, and Paul posed for a photo with her as well. I’m speechless to be honest. I know she’s not the only person fundraising, but everyone who had anything to do with us that day gave us all the time in the world. And no one has any time at the moment, especially in the emergency services! It was mind-blowing, I’m just so grateful.” 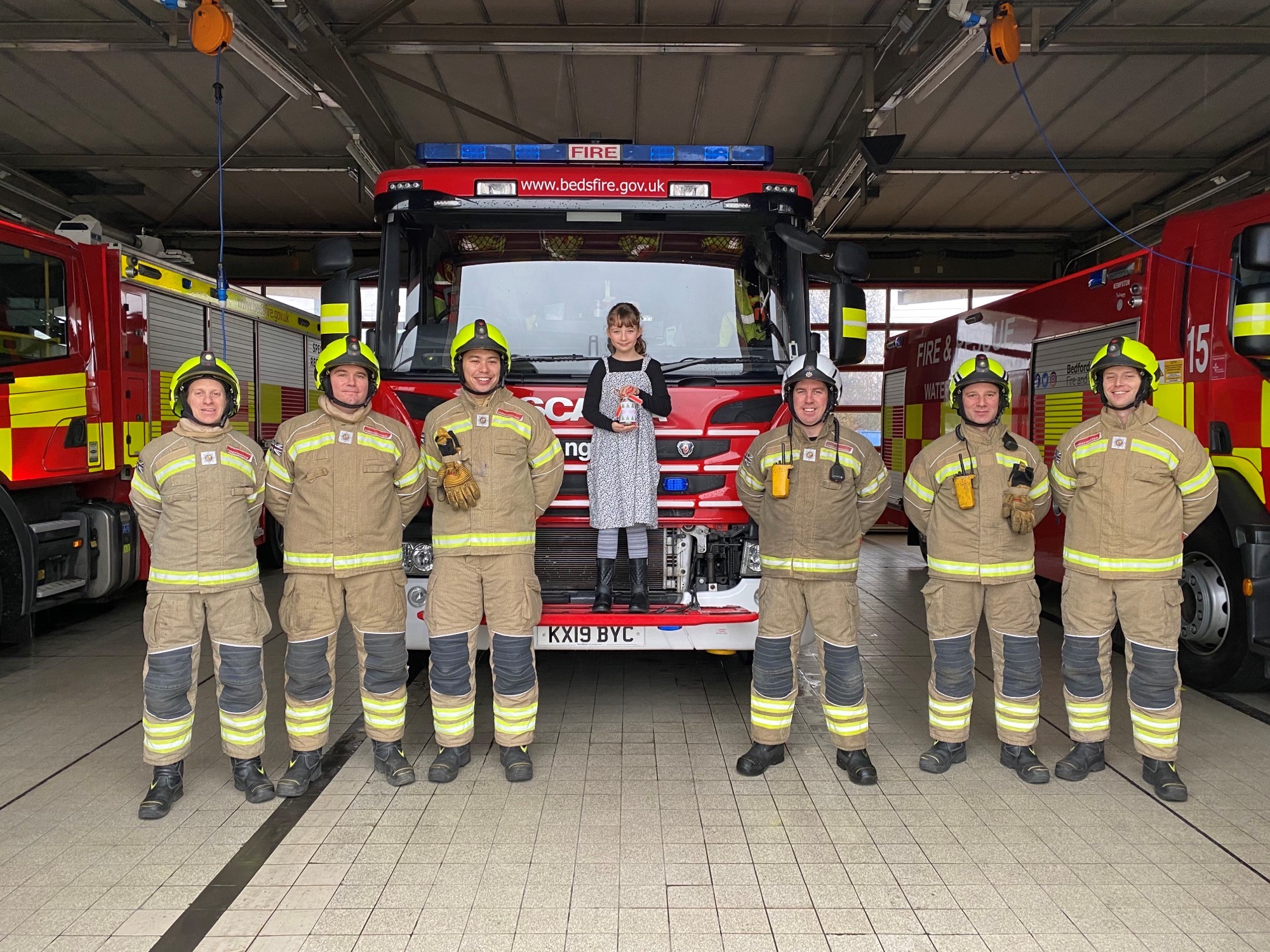 Having transferred from Buckinghamshire to Bedfordshire a year ago, Daisy now works as part of the team visiting houses with multiple occupancy in the county. While she says she would prefer it if she could ride the big red engine to work still, being able to play her part in fire prevention is the next best thing to being on the run herself.

“I go into places that aren’t compliant with regulations, where if there was a fire, someone would die,” says Daisy. “So you do feel like you’re making a difference, which is what was important to me when I was a firefighter. It’s given me back that hands on feeling. I work with crews, I’m on call so I can get called out to an incident. There’s nothing quite like being operational, but I’ve got some aspects of the job back a little bit.

“I just can’t thank The Fire Fighters Charity enough for the support I was given, and what you do for all of us. I know this won’t be the last my family supports you.”

We can’t do what we do without incredible people like Daisy and Teresa, who, like many amazing others, have taken part in our Fire Family Challenge this year. Our fundraising has been significantly impacted by the coronavirus pandemic, but with your support we can continue to be there for people in need in the UK fire family.