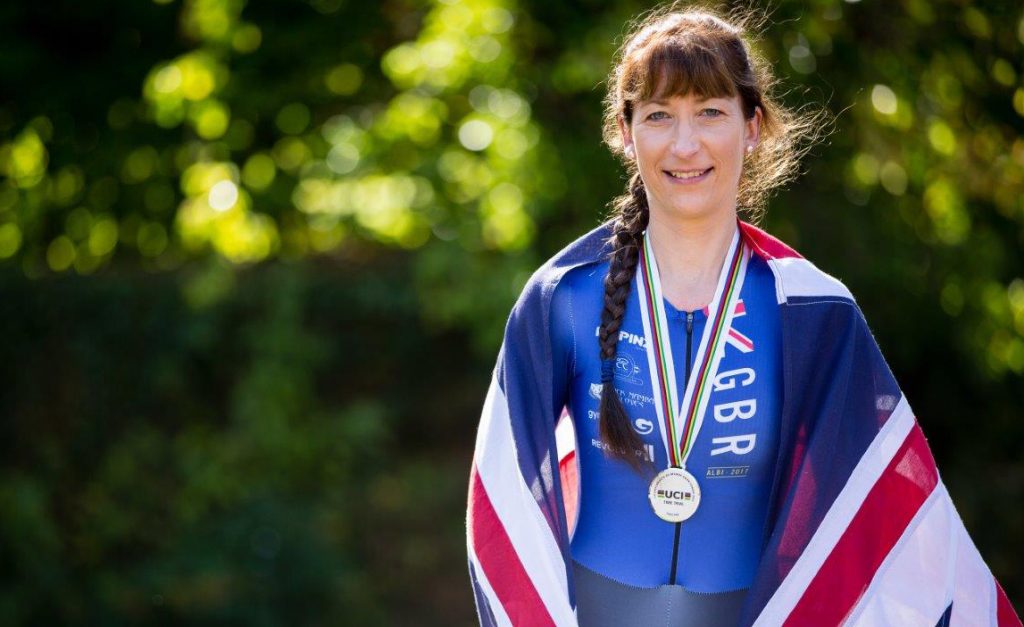 As the Health, Fitness and Wellbeing Advisor for Staffordshire Fire and Rescue, Fiona Prew is no stranger to signposting people to the Charity to help them with their recovery. But when hit by a car while riding her bicycle and left with potentially life-changing injuries, she admits it took her longer than it ought to have done for her to consider asking for help herself.

“When it’s yourself and your own health in question, it catches you on the back foot,” says Fiona. “I went from being super fit to being hospitalised literally in the space of five minutes. Part of my day job is to remind people the Charity is there for them and they’d definitely benefit from its help, so I kick myself now for leaving it so long before calling when I needed help myself.”

As well as her role within the fire service, Fiona was a semi-professional cyclist. Her highest achievement to date was winning a silver medal in August 2017 as part of the GB Masters Squad at The World Amateur Masters Championships in France. Her dreams of turning this into a World title came crashing down around her in April 2018 when a car collided with her while out riding early on Sunday morning. 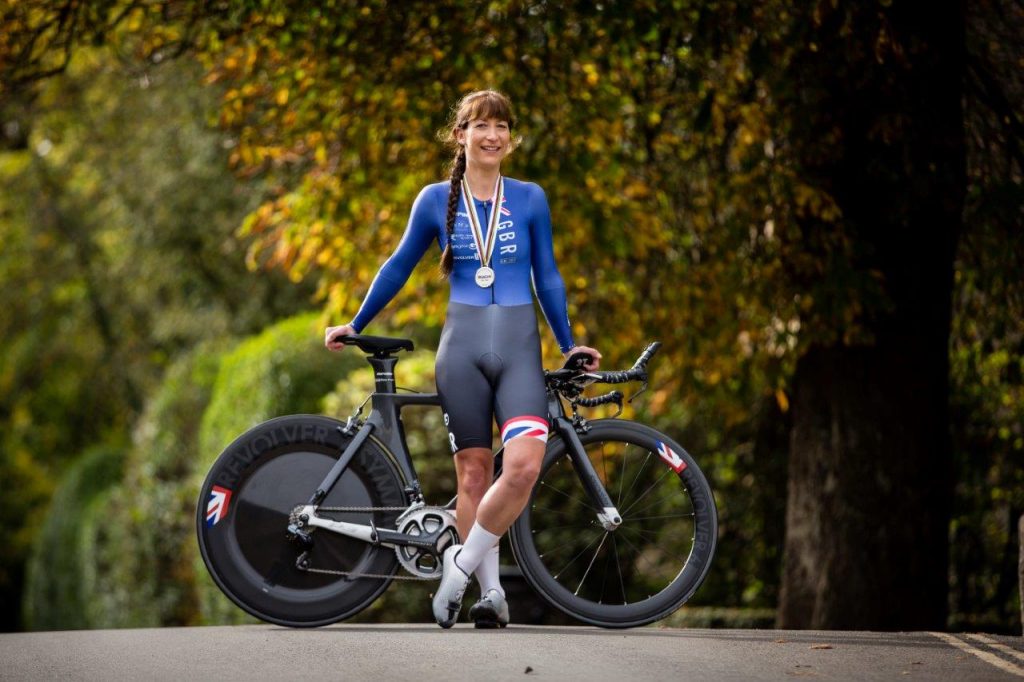 “Quite where he had to be getting to so quickly so early in the morning, I don’t know, but he ploughed into the side of me and knocked me unconscious as I came off my bike,” says Fiona. “My shoulder got smashed up, I broke ribs, damaged my knee and hip, as well as coming away with the obligatory road rash. I was taken away in an ambulance to start what would prove to be a very slow recovery.”

Having sought the advice of an arm specialist, it became apparent she would require surgery and that recovery would not be an overnight fix. Fiona knew it was time to pick up the phone and call the Charity.

“I had to hold my hands up: the person whose job it is to help others recover from injury couldn’t help herself,” she says. “I’ve always been the go-to person for fitness, and thought I should be able to help myself, but I just couldn’t this time. It doesn’t matter what your role or your own expertise is, when it comes to your health, it’s important you ask for help from the experts.” 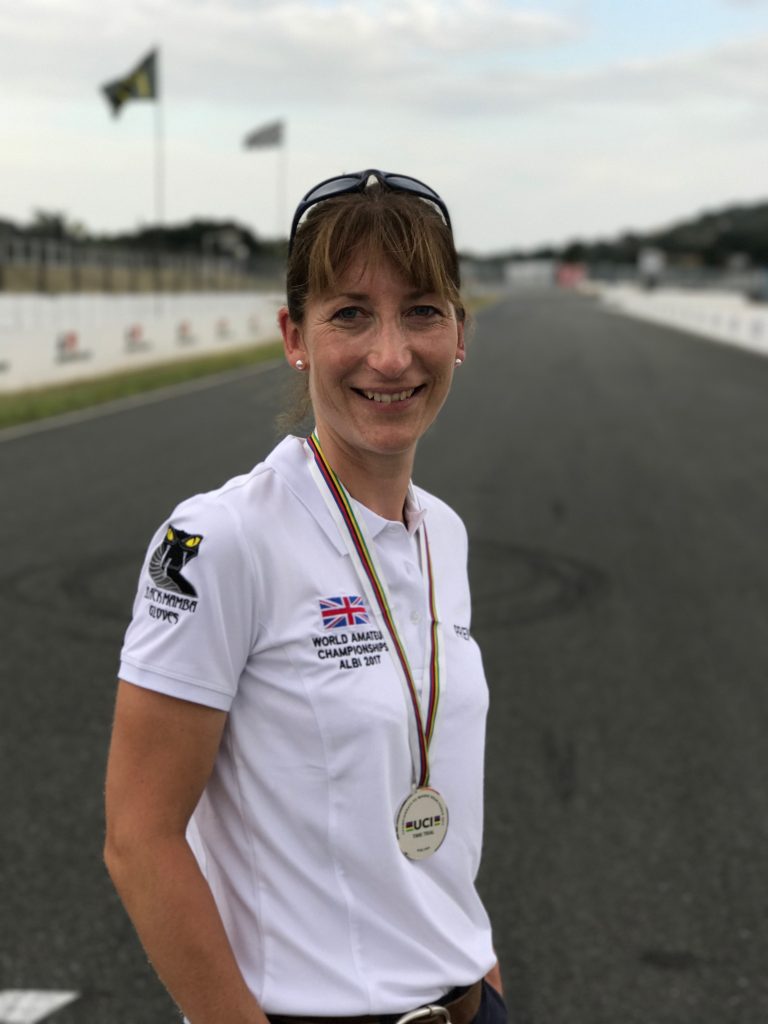 A few months after her initial surgery, Fiona was offered a week’s stay at Jubilee House last July. Initially thinking it would help prolong the time between surgeries, she found it actually compounded her decision to bring surgery forwards, recognising she could only get so far with physio alone.

“The team was absolutely superb, and did a great job of grouping similar injuries together, but I was by far the most debilitated in our group,” she says. “I found that really hard to take. I’d gone from being super fit to being in this position, struggling to raise my arm more than 45 degrees in any direction or grip everyday objects.”

The team quickly spotted Fiona’s competitive nature, and encouraged her to reign in her enthusiasm to only tackling what was manageable: “I’m the kind of person, if you ask me to do 15 sets of exercises, I’ll think doing 20 would be better. It’s not in my nature to not work hard at something, but I was the only one in the group who was unable to progress with my personalised exercises. John, the exercise therapist, quickly recognised this trait, being sporty himself. He’d come up with alternate exercises for me to do so I didn’t get despondent about not being able to do what the group was doing.

“The whole structure of the week was just brilliant, the whole holistic approach is really important to me, as there was lots to dip in and out of, with something for everyone.” 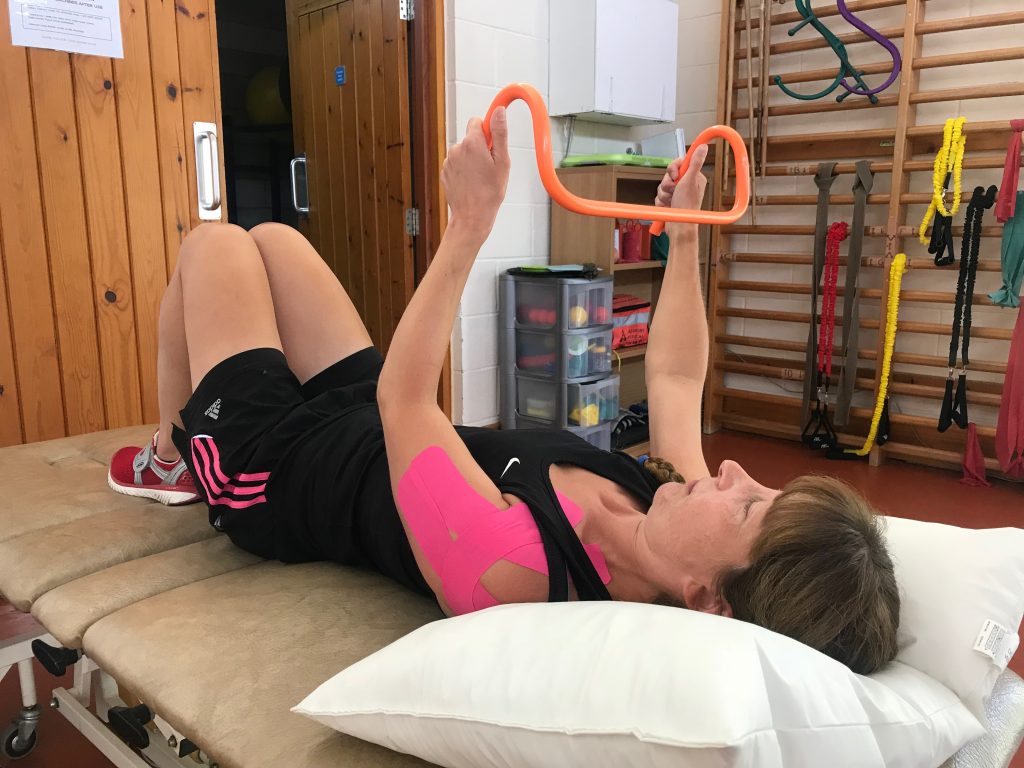 Fiona found the camaraderie of the group played an important part in her enjoyment of the week: “I wasn’t seeing as much progress as I’d have liked, but we all helped and supported each other. You arrived Sunday evening not knowing anyone and by Monday morning we were all pally. We had such a catalogue of injuries between us, for once you didn’t feel like you had to make excuses for why you couldn’t do everyday tasks.

“Yes we all have the fire service in common, but we built friendships beyond that. I met a lovely retired firefighter from Wales who was there after a knee replacement, and we’d help each other, he’d even cut up my dinner for me! People were very much part of the healing process for me.”

Fiona says her one regret from her week at Jubilee House was not seeking psychological support while she was there: “At the time, my accident was all too raw for me and I couldn’t cope with facing it that week. Although I didn’t recognise it then, I was suffering with PTSD from the accident, but I was in such a state with my physical injuries I just wasn’t open to addressing my mental ones. I do regret that now. Much as you think you’ve got your headspace sorted, any physical injury, especially a long-term one, is going to take its psychological toll on you as well.”

A month after returning home, Fiona underwent further surgery to rebuild her shoulder, and she found herself well on the road to recovery. Now with her sights perhaps turning to competing in 2020 once more, Fiona is hoping to make a return visit to Penrith. As well as this, the experience has completely enriched how she approaches fellows fire personnel in need of support with their own recovery.

“I always felt I knew a lot about the Charity and was happy to be an ambassador for them, but having benefited myself makes it even more meaningful,” she says. “People saw me go from fit and healthy to really struggling, and now see me coming out the other side of that with the Charity’s help, so when I speak positively about the benefits, it’s coming from a place of personal experience.”

Are you struggling to recover from a life-changing injury or health diagnosis and think you could benefit from The Fire Fighters Charity’s help? Get in touch with us. Call our Support Line today on 0800 389 8820 or contact us via our website.