When Jane Rose-Greenberg’s husband passed away before the pandemic, she faced months of potential isolation. However, she says our virtual Living Well Groups helped her connect with the fire service again.

The last 18 months have left many people feeling more isolated than ever before, but for Jane Rose-Greenberg, the pandemic came just months after her husband sadly passed away.

Jane, who previously worked in Equality and Diversity in the fire service, faced months separated from her usual support network, while struggling with grief and complete exhaustion from caring for Michael before his death.

“I met Michael in more recent years and we got married in March 2017,” says Jane. “He was great, he really was. Very social – he was like a magnet. His health wasn’t brilliant, but we didn’t expect it to go downhill as quickly as it did. 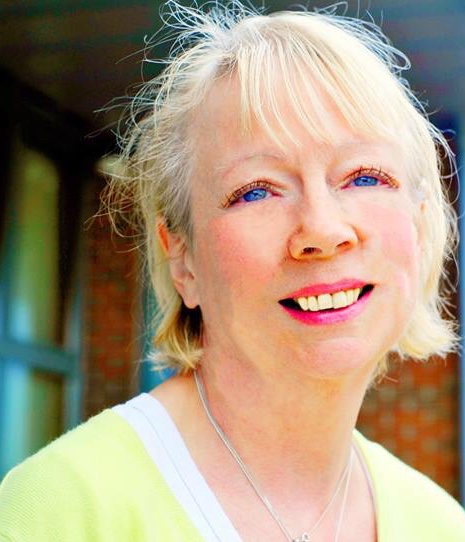 “I had to then think, ‘okay this is your next job Jane, this is what you have to do now’. We had so much fun, we really did, but it was fairly obvious where it was going to end up. He passed away in December 2019, after having had palliative care at home from that May.”

Jane says the months of caring for him, on top of her grief and planning his funeral, left her feeling completely exhausted at the start of 2020. Having heard about how the Charity supports beneficiaries such as herself, she reached out to enquire about a recuperation stay at one of our centres.

Sadly, lockdown restrictions shortly after meant they had to temporarily close, so she was pointed towards our Living Well Groups which, at the time, were all taking place virtually. 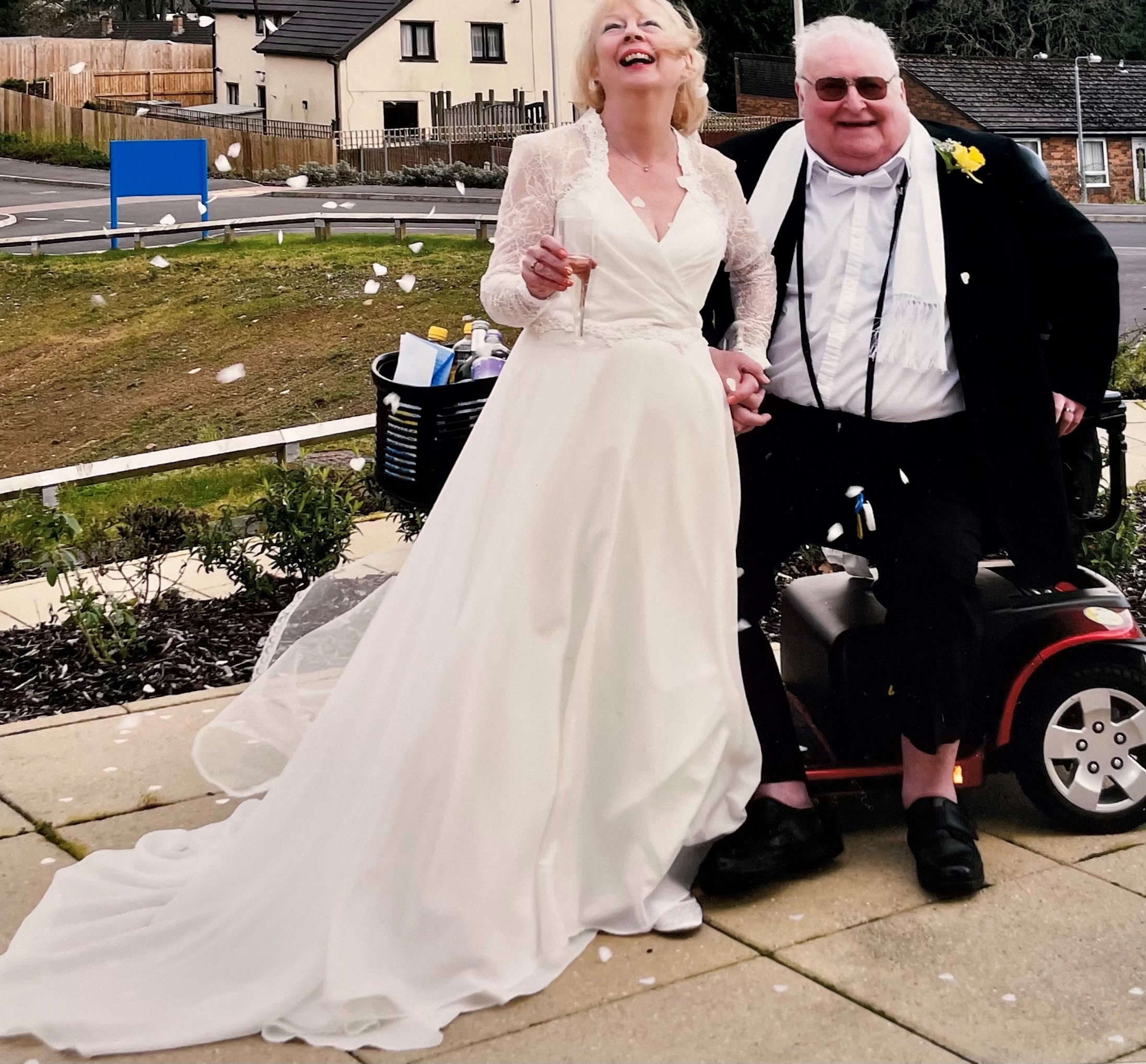 The groups meet regularly and discuss anything of interest to their members. Guest speakers from the Charity and beyond cover all sorts of topics, from health and wellbeing advice, fundraising efforts and sharing stories of ways the Charity has helped people.

“I needed some support, grief wise, but also some help for my own health,” says Jane. “To be honest, I was utterly, utterly exhausted, physically, mentally, socially, spiritually, you name it. I felt I needed a good kick in the rear by the physios, have a few walks and some counselling, to kickstart my healing.

“Of course Covid happened and then I found a link for the Living Well Groups online. I was luckily very accustomed to Zoom and I found them really great.

“I didn’t go all the time, I went to some of the tea chats and some of the physio talks which were great, but at the time my back was giving me a lot of grief – so I had to be a bit careful. Some of the talks were really excellent, there was one on sleep, one on dreams, one on balance which just blew my mind. I thought, ‘I can do this’. 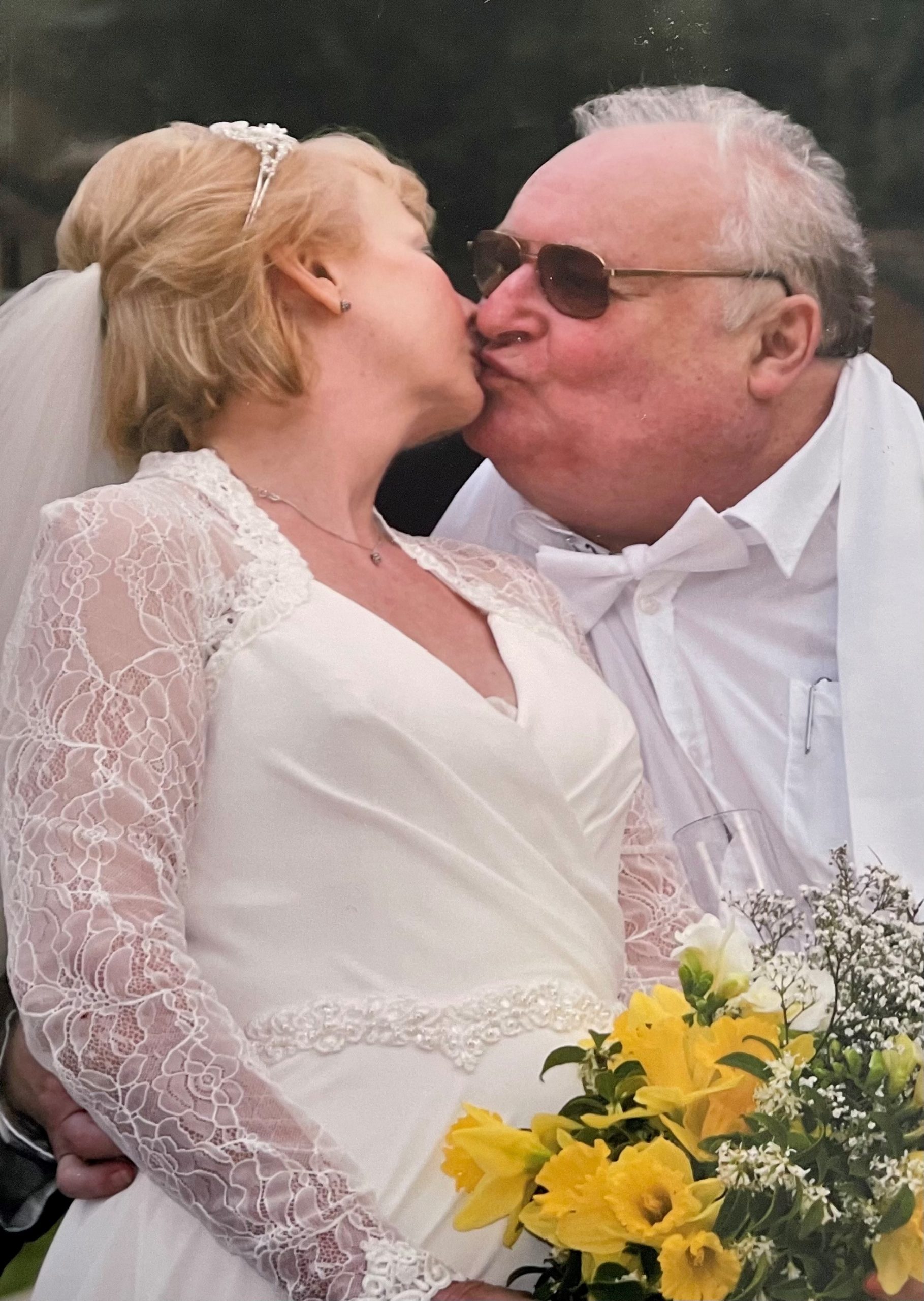 “It was also a really good opportunity to speak to people at a time when a lot of us felt very isolated. I was honest, it’s a fact what I’ve been through so while I don’t dwell on it, I am open about it.”

Jane worked for Wiltshire Fire and Rescue Service for five years, in learning and development, making life-long good friends there. She then worked for Mid and West Wales for three years too.

Jane says: “One of my immediate roles was to visit every watch on every fire station, letting them get to know me and what I do.

“Now, attending the groups, there’s still the camaraderie between the retired staff – the chance to share stories together is brilliant. All the operational staff understood what the other meant straight away.”

If you’d like to join one of our Living Well Groups, either online or face to face, you can find out more about them here.