Jo Bosworth has been supported by the Charity for years, after being diagnosed with MS at a young age. Here she reveals how our Welfare team helped her regain her independence for the first time in years.

Having a shower is something many of us take for granted, but for Jo Bosworth, it wasn’t possible without the help of her husband for years. Now, however, she says the Charity’s Welfare team has helped her finally regain her independence.

Jo, who is married to West Midlands firefighter Dean, has visited our Cumbria centre, Jubilee House, twice. She was supported not only with her physical fitness there, but also her mental health.

Then, most recently, our Welfare caseworkers arranged for a new walk-in shower to be fitted in her home, so she can finally shower without her husband’s help – something she says has completely transformed her life.

“I was diagnosed with MS when I was 19 years old, well before I knew Dean,” says Jo. “We’ve since got together and had kids. I was okay for a number of years, working, getting married and doing really well. But obviously it just gradually gets worse.

“The big thing about MS is what it takes away from you. For me, it took most of my left side… they thought I’d had a stroke initially. There I was at university, trying to walk and you’ve got drunk people around… I’d think, ‘I wish I was drunk because that would go away, this won’t’. 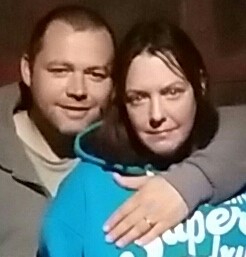 “I had scans, a lumbar puncture – and my God do they hurt – all of it. Luckily I’ve been able to walk since then, just not long distances. I have to use a wheelchair round the supermarket. It’s always the gift that keeps giving unfortunately. Now I’ve got problems with my eyes too, plus there’s one thing I get – we call it the MS hug – which feels like you’re being crushed.”

While Dean always knew about the support the Charity offers, having supported us through his career with fundraising events and regular giving, Jo hadn’t initially thought to reach out herself. When she eventually did a few years ago, however, she says it was transformational.

“They recommended Jubilee House, because it suited my needs better,” says Jo. “I was so anxious before we went, in tears most of the time. But the nurses as soon as we got there – oh my goodness, I could not fault them. They were just so amazing. 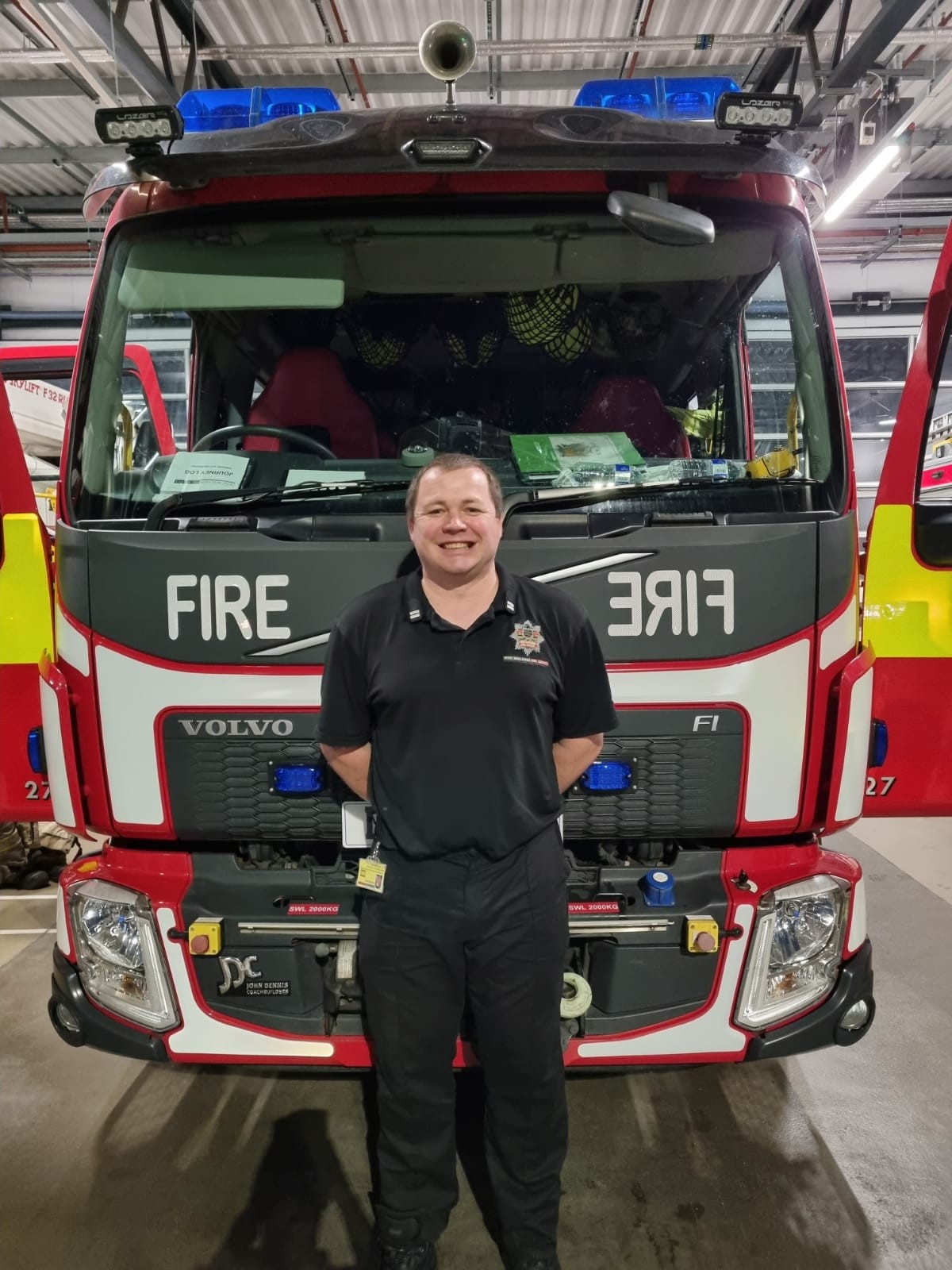 “We met the most amazing people, we’re still friends now. The first time we met a couple there, one of them was in the ambulance service and he had MND (motor neurone disease). He’s sadly passed away since. We’re still friends with his wife, she’s just the most crazy, fantastic, beautiful lady.”

Jo says while she was given a series of programs and exercises to do at Jubilee, she also found it hugely beneficial for her mental health.

“I got hydrotherapy, physiotherapy, and then some counselling,” she explains. “I was there for the physical side, but I didn’t realise how badly I needed help mentally. I went for about an hour and just cried the whole way through. She was so good for me, just brilliant… We’d had such an awful few years. My mum had died, as had Dean’s dad and grandparents… we’d been going to funerals every three months. We’d just had enough. 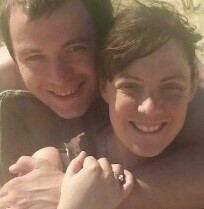 “Then the next day I went for hydrotherapy and it was just the best day. They put me on a bed of bubble wrap in the pool and just floated me round with some relaxing music on. It was incredible, honestly. I proper belly giggled the whole time. It was the best therapy ever! Amazing.”

As for the physio side, Jo says she saw a huge improvement in the week she was there – and supporting her throughout was the other beneficiaries.

“The physiotherapy was great for my walking, but it kicks into your mental wellbeing at the same time, with sleep workshops and wellbeing workshops, plus you’re there with people who are supporting you throughout,” says Jo.

“I tended to use my wheelchair round the centre but by the end of the week, I found that I could walk either holding onto Dean’s arm from the room I was staying in, to the dining room, or holding onto rails. And I’d walk to the bar and there would be this round of applause, it was amazing. You’re all there supporting each other.

“While I was having the sessions, Dean was free to do what he liked. He could access the counselling and workshops, but to be honest he mainly just chilled out. That was time for him, not having to do stuff for me.”

“I’d walk to the bar and there would be this round of applause, it was amazing.”

Both Jo and Dean have stayed in touch with the Charity through lockdown, with regular calls with our Nursing team. However, it was the support they’ve received from our Welfare team that’s completely changed Jo’s life now.

“Dean helps me out with everyday tasks like cooking and cleaning, but the main thing is helping me in and out of the shower,” says Jo. “We had a shower over a corner bath, so I’d struggle to lift my leg over the corner bath to get in. He’d have to help me every time and into the little seat there. Then he’d have to change the temperature every time too. It wasn’t very dignified. 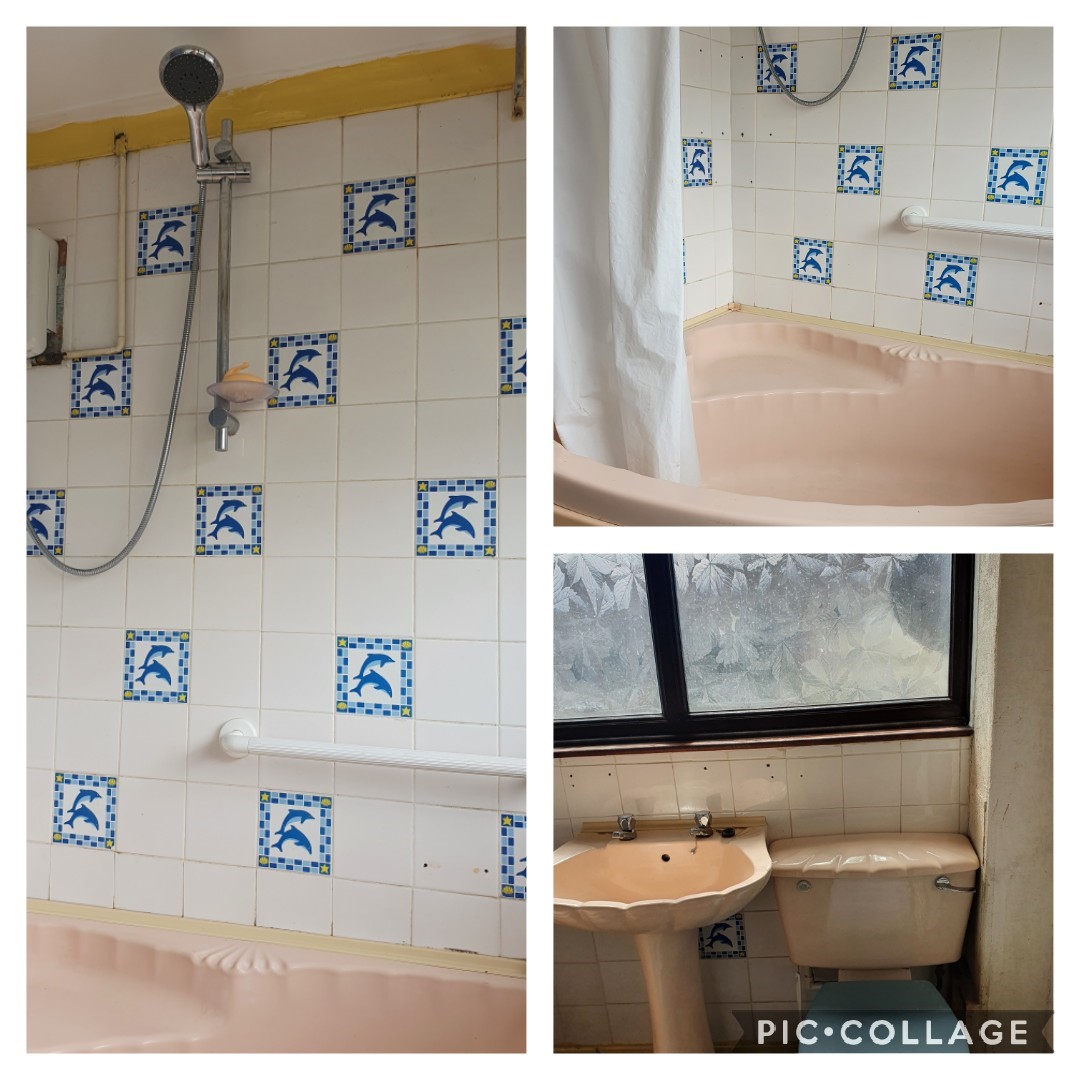 Jo’s bathroom before the transformation

“While we were at Jubilee we were pointed in the direction of the Welfare team both times. The first time, we were given all the information we needed to speak to the council about a government funding grant for a new walk-in shower. Sadly they said they couldn’t do anything and it went on and on from there.

“We told the Charity about it when we went to Jubilee again and that’s when they stepped in. It was a complete surprise to me. I just cried.” 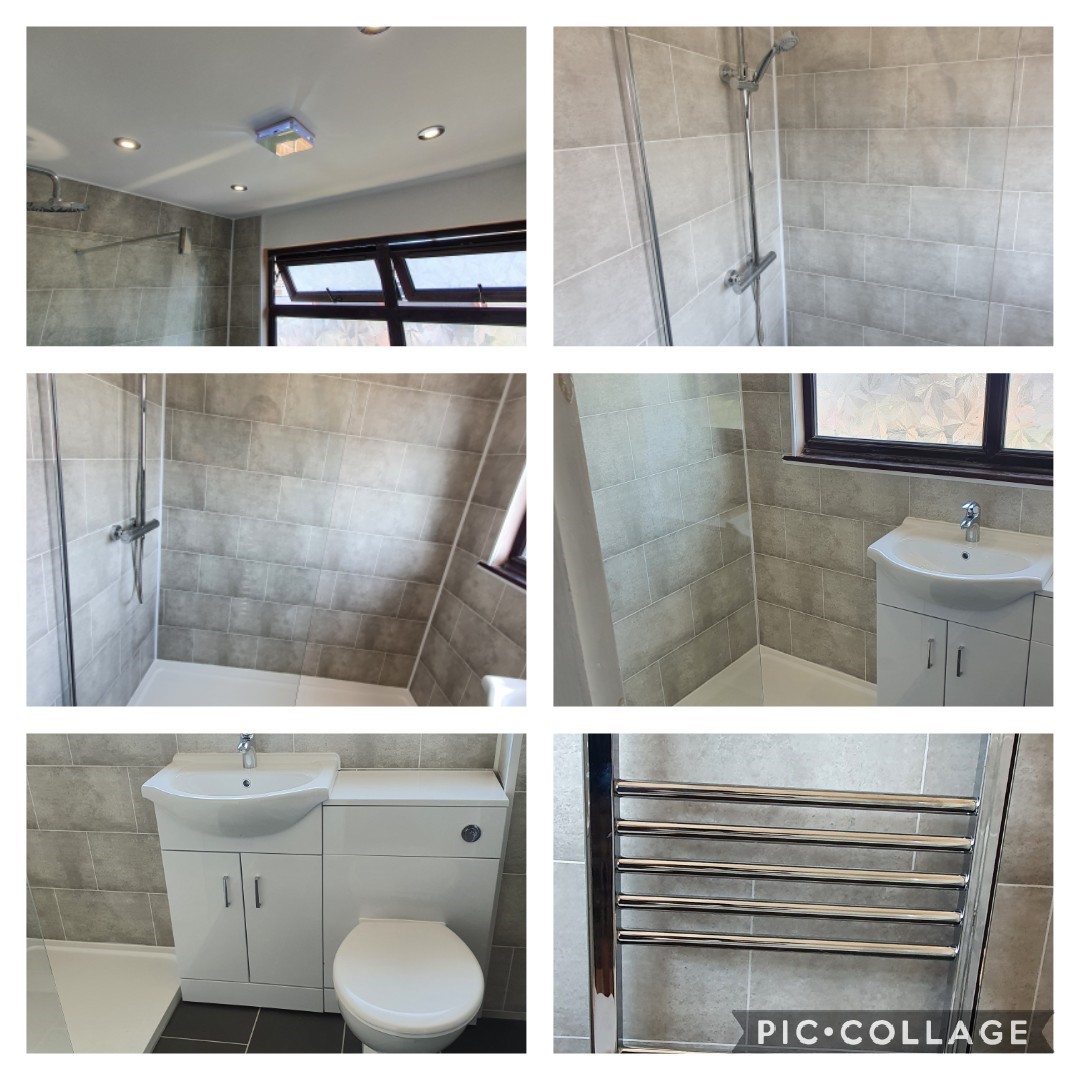 The bathroom after the transformation

Jo found a company that would suit her needs, All Round Gas Services Ltd, who then generously dropped their quote for the cause – before the Charity funded the work. They were able to fit a whole new walk-in shower in the family home so Jo could access the shower without assistance.

“It’s amazing being able to access it now without Dean’s help,” says Jo. “I’ve got my independence and dignity back. I honestly don’t think people will ever comprehend how much this means to me.

“I put a Facebook status up, saying it was done because of the Charity and named the company that did it. One of my friends that saw it then donated to the Charity – she wasn’t connected to the fire service, she’d never heard of the Charity, but when I explained everything you do she wanted to help.

“Now having seen how the Charity can support partners of firefighters, I’d encourage anyone to donate.”

If you or a member of your family has a complex health diagnosis and you are struggling to cope, let us help. Call us on 0800 389 8820 or make an enquiry online, and see what our wonderful Welfare caseworkers could do for you and your family.