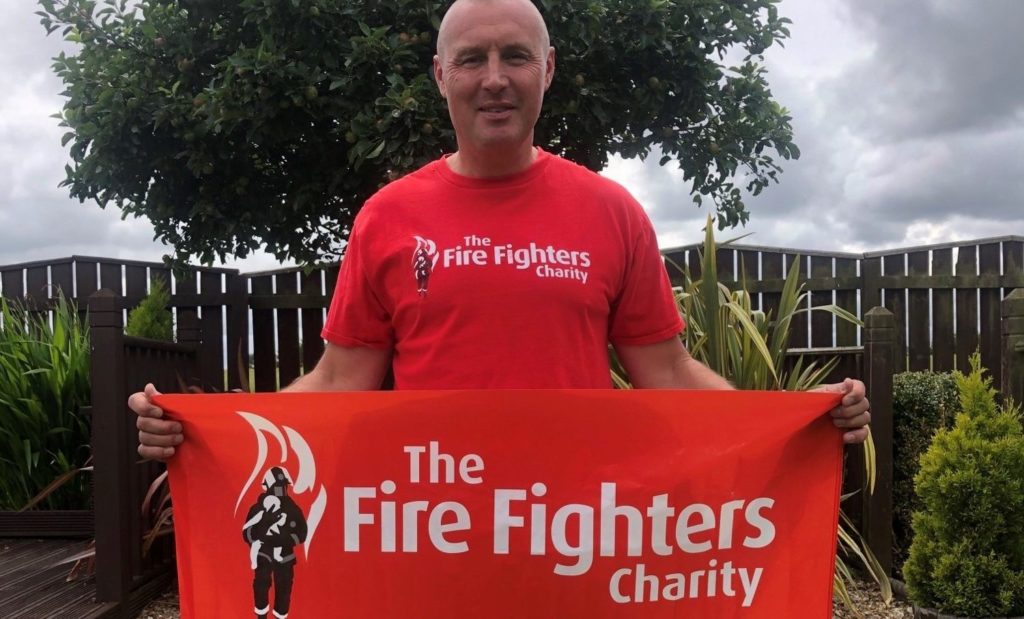 Durham firefighter Paul Bainbridge is nine months into his fundraising challenge of running three miles every day, both to raise money and awareness for the positive impact exercise has on mental health.

You know when you have that thought, ‘Yeah sure, I could run every day for a year, how hard could it be?’ and then you forget about it and go about your daily life, blissfully unaware of what you nearly put yourself through? Well, Paul Bainbridge had that thought. And then he made it happen.

The Durham Red Watch firefighter decided to take on a solo running challenge when the Covid-19 pandemic cancelled other fundraising events he was due to take part in.

“All these events just got stopped so I thought ‘what can I do within current restrictions?’,” says Paul, who has been a firefighter in the North East since 2002. “At the time, when Covid first started, you were allowed to exercise outdoors for an hour or so. A friend of mine was doing a run every day also to fundraise, so I thought what a thing to do, I wonder if I could do that… So I gave it a go, and I’m still going now.” 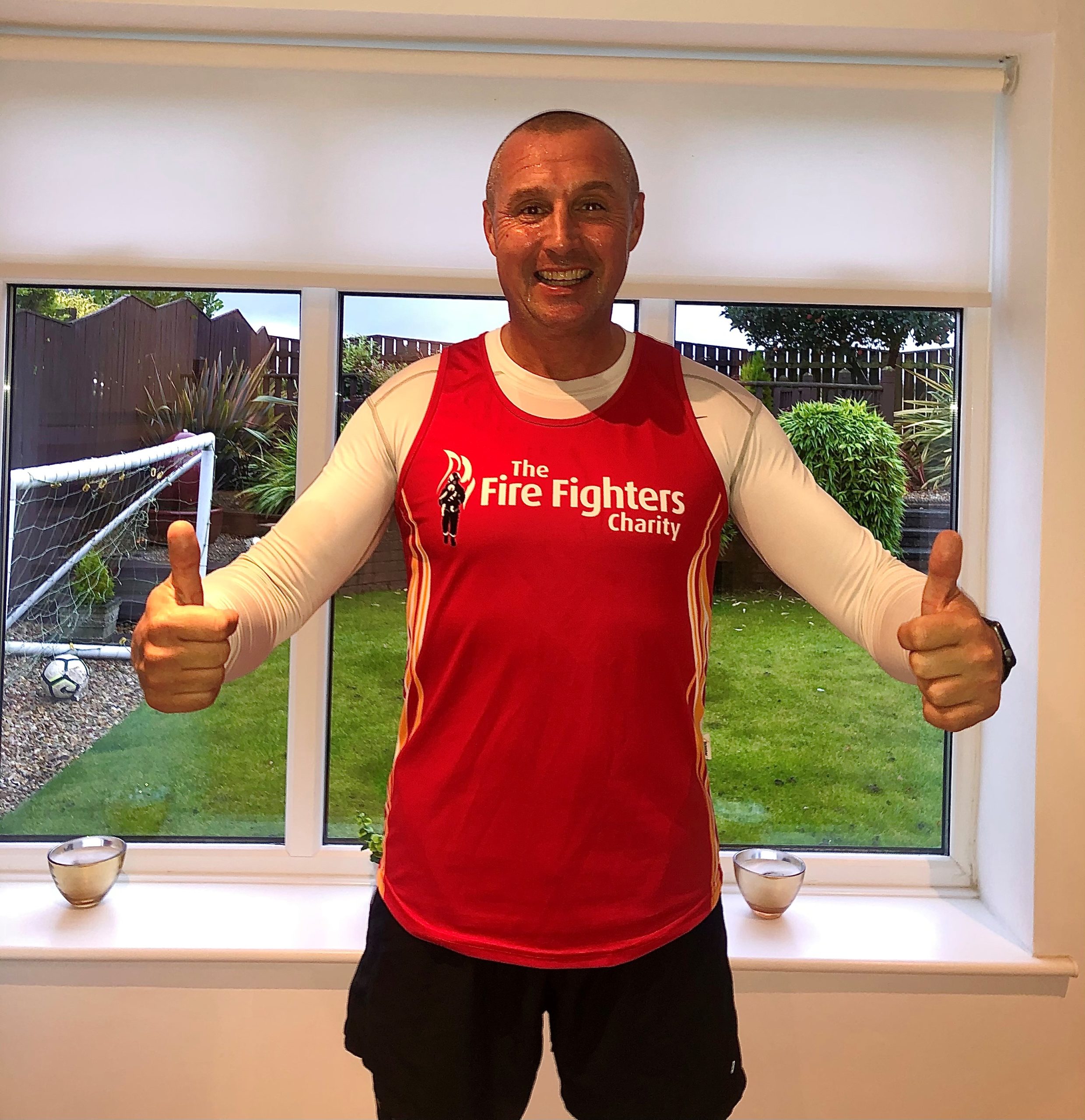 Paul is nine months into his challenge to run three miles every single day, come rain or shine. Despite not missing a day yet, he still insists he is not a natural runner.

“I’ve always been into my sport, I play football and golf, but even when I was in my 20s I hated the training and running,” he says. “So obviously I’m not breaking any times, it’s not about that. I just go out and plod my way around, trying to raise some money and promote the mental health side of how important exercise is.”

Paul has long been a supporter both of The Fire Fighters Charity and the importance of talking about mental health, having also been involved with If U Care, Share, a local charity that supports families affected by suicide that will also benefit from his efforts.

“I know firefighters in the brigade who’ve suffered, and I always try to guide them to the Charity,” he says. “Personally I have never suffered with my mental health, but I definitely see a positive difference in my mood after I’ve been out for a run. Some days you can’t be bothered but you know you’ve got. And I always feel better after I’ve done it.” 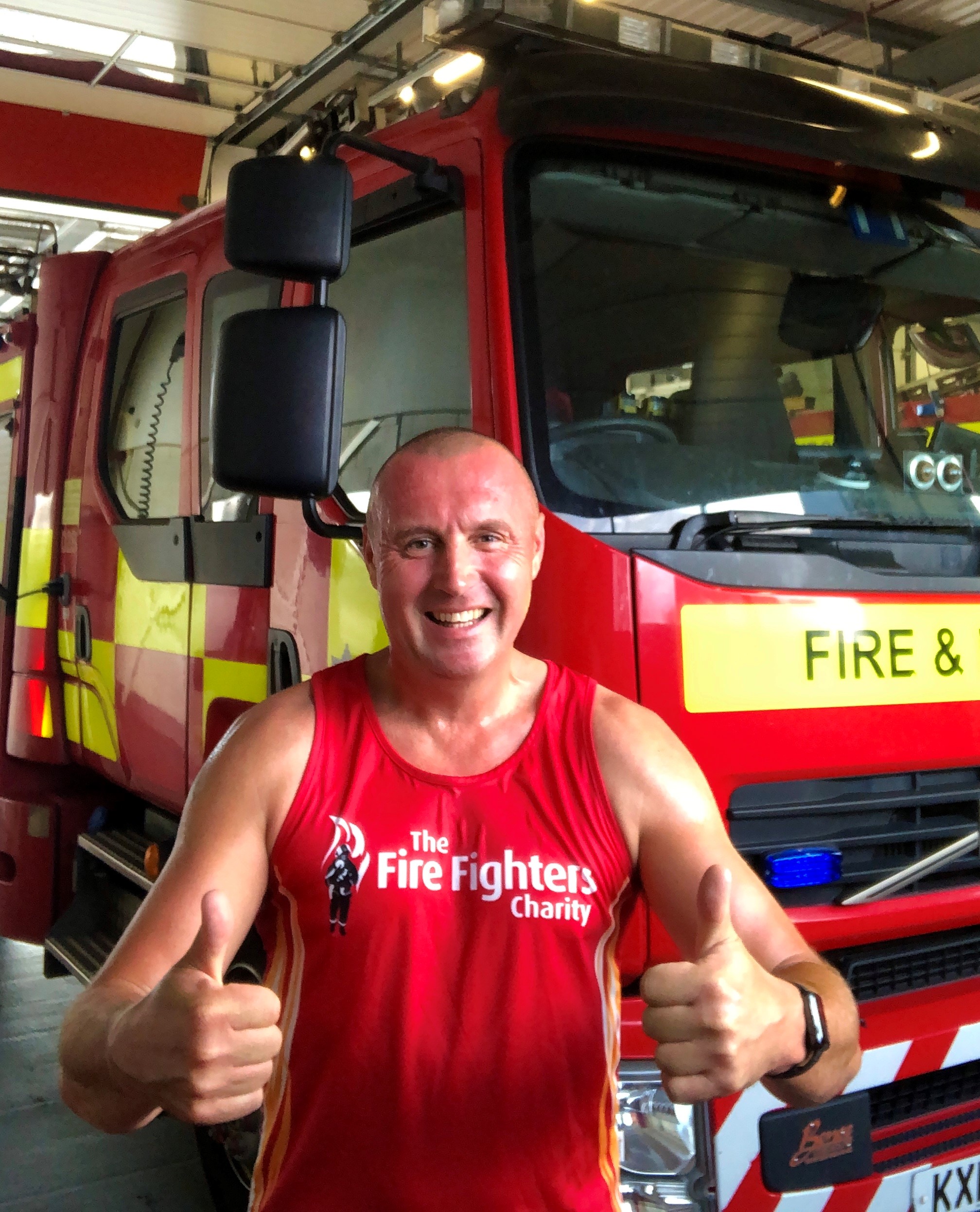 Initially starting with a three-mile route around his village, Paul has found he quickly got bored of doing the same route every day, so has been mixing it up all year to keep things interesting, varying where and when he goes for his run, even sometime doing it in fancy dress.

“I’ve lived in this village since I was 10 and I’ve found woods and tracks I’ve never been down,” he says. “I tried doing laps of the drill yard some times, but to complete three miles means 30 laps, which was making me quite dizzy, so I stopped that one.”

“People have been really generous to sponsor me, so that motivates you to keep going,” he says. “Plus I want o prove that if you decide to do something and you’ve put your heart into it, no matter how much hard the work is, the joy you get out of it is worth it. If you work hard you can achieve your goals.”

“It’s amazing what you’re capable of, or what your body can do,” says Paul. “I’m 46 and I’m no runner, I’ve gone through all the aches and sore muscles. But I haven’t missed a day yet. So I’m going to keep going.”

Well done, Paul. Keep running! If you’d like to support him, you can donate to Paul’s fundraising page here.

Paul also opens up on the relationship he’s discovered between his physical and mental health in the second series of our Shout!Podcast. Listen to what he had to say here. 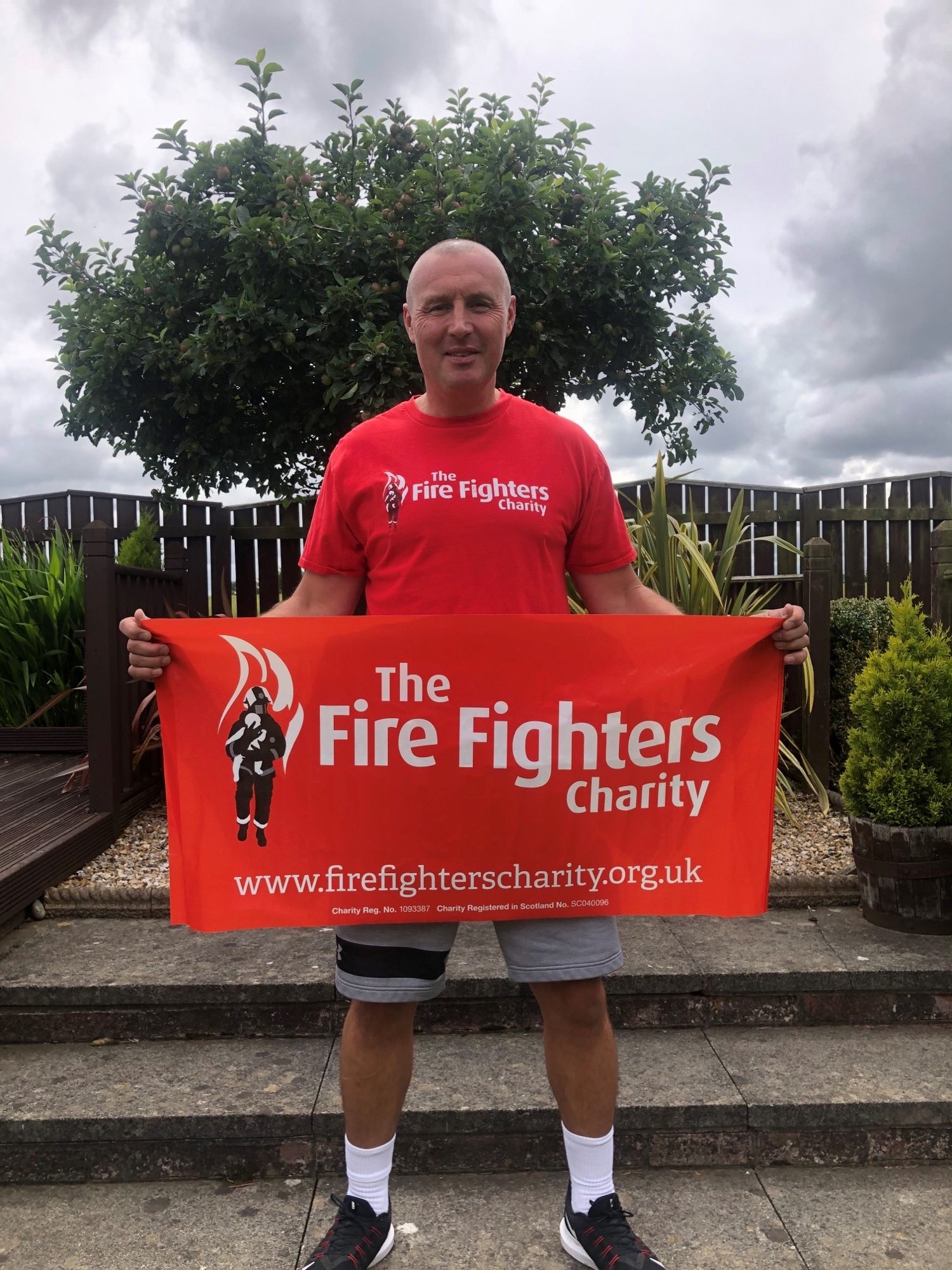 We can’t do what we do without incredible people like Paul, who, like many amazing others, has taken part in our Fire Family Challenge this year. Our fundraising has been significantly impacted by the coronavirus pandemic, but with your support we can continue to be there for people in need in the UK fire family.