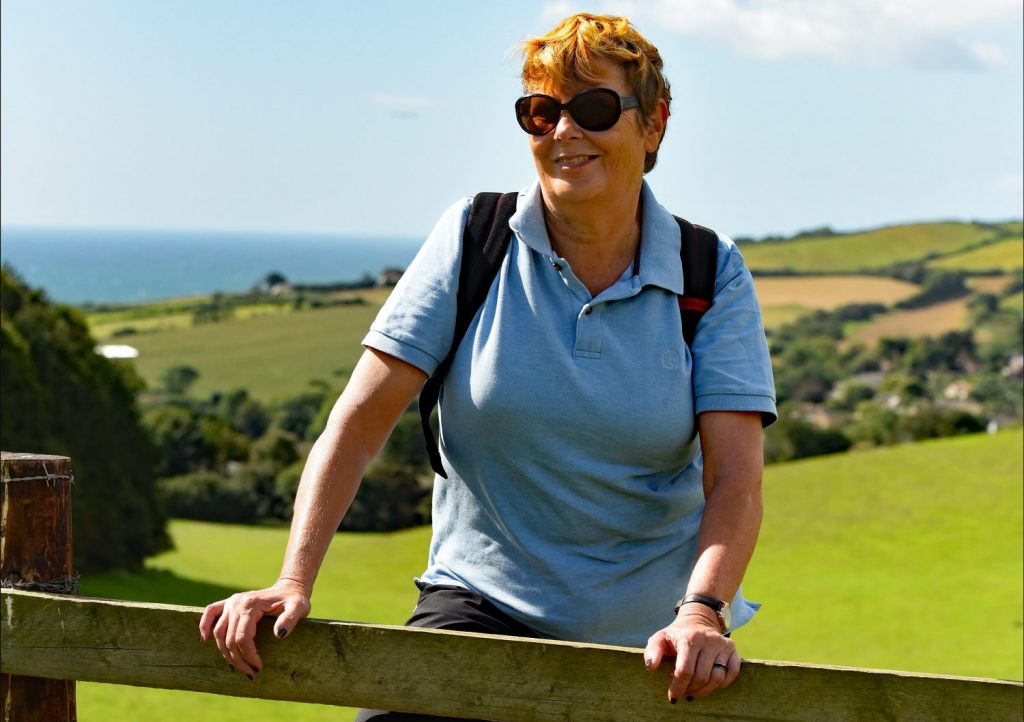 Sherron Razey had resigned herself to a life living in pain after an operation eight years ago. But time spent at Harcombe House changed her mind, which in turn changed her life.

A chance encounter at Harcombe House changed Sherron Razey’s life. Wife of a now-retired Buckinghamshire firefighter, Sherron and her family had been holidaying at our Devon centre for over 30 years. But she says she never had any idea what magic the team was working on the people coming there for support, until they worked their magic on her.

Eight years ago, Sherron had an operation to completely fuse her ankle and has lived in constant pain ever since. She became more and more withdrawn, resigning herself to the fact that she just couldn’t do the things she used to be able to, sinking into a depression where she was reliant on pain medication just to get through the day.

While at Harcombe House for a recuperation break with her mother-in-law after a house fire, Sherron accepted the invitation to attend some of the workshops being held. She went along to one on pain, not expecting to get anything out of it.

“I sat there and I didn’t stop crying from the time I got in to the time I came out,” says Sherron. “They weren’t talking about me, but from what they were saying, they were talking about me. It hit me like a ton of bricks. Juliette [our Lead Practitioner at Harcombe] took me to one side afterwards and said they needed me to come stay at the centre again to see if they could help me, and this time, to take part in the full week of activities.”

A few months later, Sherron and her husband Nicholas both went down to take part in the full programme, and for the first time in her life, Sherron says it felt like the lid had been taken off.

“I can’t explain it any better than that,” she says. “We got there on the Tuesday and it was fine, then Wednesday was a totally different day, like someone had taken the cork out of a bottle of champagne. All these emotions just came pouring out after the day’s activities and my first counselling session, and I just felt empty. I had a terrible night, I felt sick and couldn’t stop crying all night. I went down to breakfast on the Thursday but couldn’t eat. Juliette asked what I wanted to do, and I said I just wanted to sleep, which she said I could. I just felt completely drained, like I had nothing left to give.

“I went back to talk to her after lunch. To be honest, if she’d have said it was okay for me to go home, I would have left. But she didn’t. She told me it’s not unusual to feel this way, like I’d been stripped back to empty after lifting the lid on things I’d bottled up for so long, but the rest of my time there would be building me back up. She said I wasn’t the first person to feel this way and I wouldn’t be the last, asking me to give it another 48 hours, to work with her and the team, and promising they would work with me and support me. She said they wouldn’t give up on me if I didn’t give up on myself. She kept her promise. And it worked.”

Feeling better after eating lunch, Sherron joined the group’s walk and swim sessions in the afternoon and something inside of her changed: “I just knew then that was it, I was going to be alright,” she says. “I just thought, whatever the rest of the week throws at me, I can do this.”

Sherron threw herself into the week with renewed gusto for sessions with both our psychological and physical teams. She attended workshops with an open mind, committed to her personalised exercises and began to open herself up to the possibility that life could get better.

“It turned out my ankle wasn’t the stopping point I’d always thought it had been” she says. “I might have to approach things in a slightly different way, but I could still do them. I hadn’t thought that for eight years. They took their time with me, explaining what had been happening and why I was feeling like I was, which I just couldn’t see because I didn’t understand. They showed me exercises I could do and explained how they would improve my muscles and balance without hurting my ankle (which I’d always been concerned about doing. It was absolutely fantastic. I kept to my word and committed to it all. And because we played our part, they played their part. By the time we left, I felt like a completely different person.”

Before going to Harcombe House, Sherron would take around 12 painkillers a day. She says since they went down in February, she’s had maybe a handful of tablets in total.

“It’s still painful, but I’ve learned to manage the pain in a different way because they’ve given me the tools to help when things aren’t so good,” she says. “They’ve completely changed my ethos on what I am able to do. All those years we’d been going there for holidays and I had no idea what a fantastic, fantastic service they’ve got there.”

“You become very isolated when you lose your mobility, and I was embarrassed because I’d never been like that. I’d always been someone who took pride in their image, but I just stopped caring. I had a short fuse because I was in so much pain, so would take it out on Nicholas. I couldn’t get my head around how restricted my life was. I now realise that it doesn’t have to be like that.”

Before going to Harcombe House, Sherron struggled to walk, unable to stand on one leg or climb the stairs. Now she gets up early each day to walk the dog, enjoys riding her bike and tending to her garden, as well as being a regular at the swimming pool, gym and bowls club before lockdown happened. 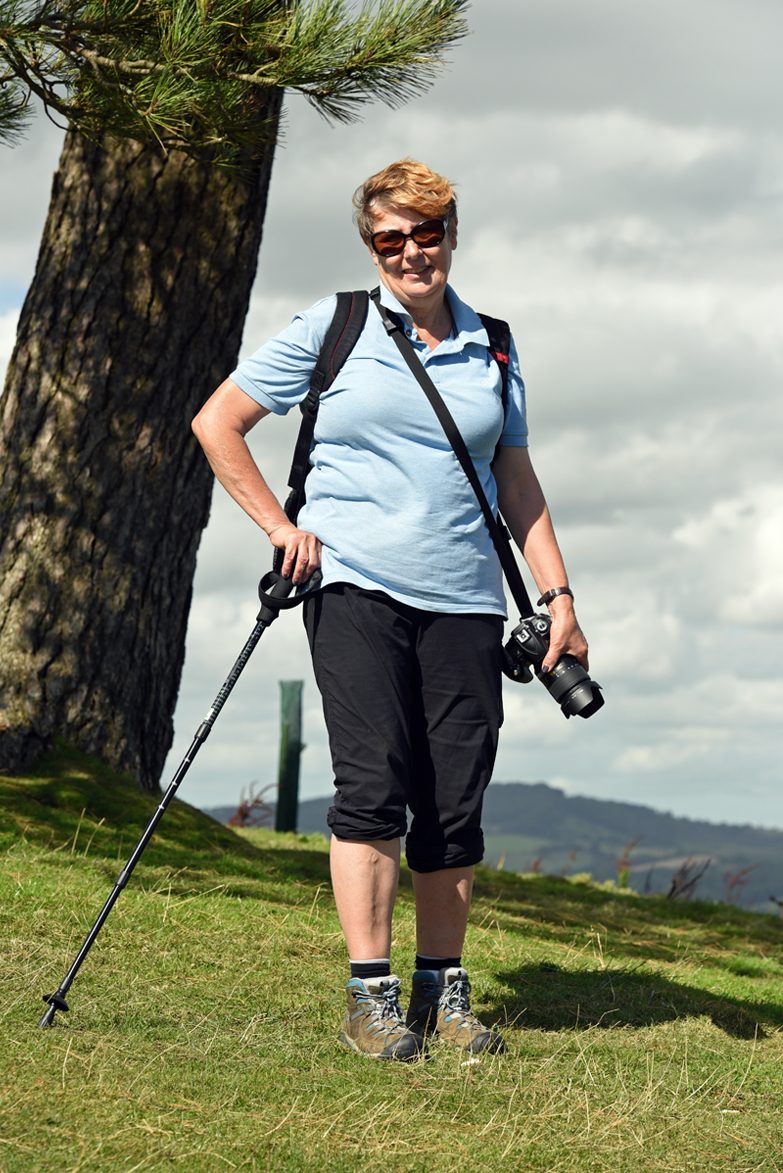 “It was like someone plugged me into an electric socket and recharged my batteries when I hadn’t even realised just how long I’d been running on empty,” she says. “When you spend so many years sitting in your chair, you see people doing the things you used to be able to do but now can’t, and you lose all motivation. I can see now that a lot of my problems were self-inflicted, but I couldn’t see that at the time.  You think, I might as well just stay in bed, what’s the point of getting up? But I don’t think that anymore. I look at younger people in the gym and I think come on girl, you can do that too. Being at Harcombe made me a much happier person in myself, which in itself has given me more energy to get on and do things.”

Sherron says her time with the Charity has also equipped her to cope with worries thrown up by the COVID-19 pandemic, being someone who is vulnerable to disease because of her disability: “I would have been so paranoid, sitting in my chair petrified that each day could be my last. But where does that get you? Whatever happens, you’ve got to keep on living, doing your bit to stick to guidelines and stay healthy.”

When asked if she’d like to share her story with the Charity about the transformation she experienced, Sherron instantly said yes.

“I got so much out of it, so if I can’t be an ambassador for something I got so much out of, what would be the point?” she says. “I wanted them to know that I’m on the right path and it’s all thanks to the team at Harcombe. I just can’t thank them enough. They were understanding, patient, professional and so kind. Not just the therapists or physios, but the people at reception, the lovely cleaners, the chefs and the people who plant flowers in the grounds to cheer you up. The place works because everybody works together.

“So if there are any ex or serving fire people out there suffering at home, I hope my story inspires you to start the support chain off and make that phone call. The Charity can only help you if they know you need help. I will never stop spreading the word about the support I’ve received, because somebody has to be the first voice in a network that helps reach others in need of help. Until you take the first step, you won’t know how you’ll feel. I just can’t believe the difference in me. I’m up and flying again.” 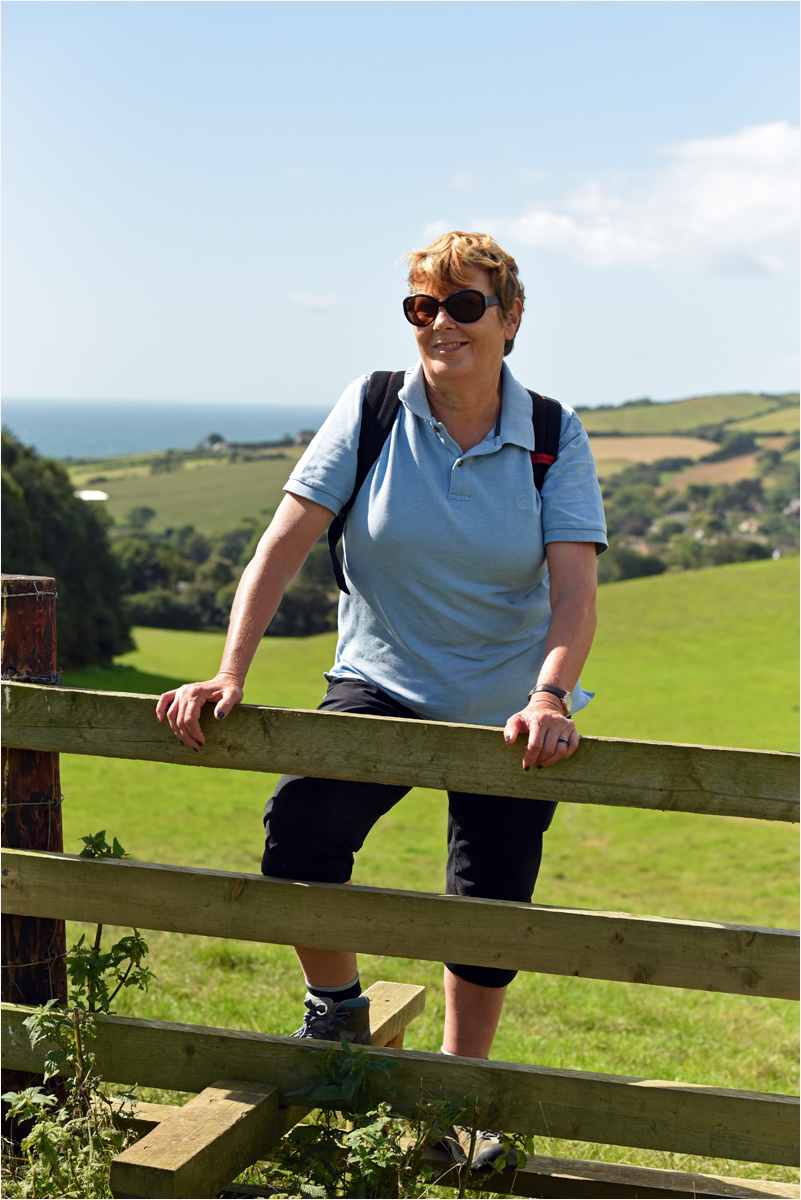 If you’re struggling with a life-changing condition, don’t suffer in silence. We’re still open and available to help beneficiaries, so get in touch with us. Call us on 0800 389 8820 or make an enquiry online.

While we’ve got you here

We can’t be there for people like Sherron without people like you. Every year our amazing supporters, donors and fundraisers come together to raise the £10m we need to operate our services in support of the entire UK fire services community.