Northern Ireland firefighter Stephen Rea attended one of our Child and Family Weeks with his son Ethan, who has cerebral palsy. He says the Charity’s support over the years has been vital to him as a parent.

For Northern Ireland firefighter Stephen Rea, planning a break away with his three kids can be more challenging than most families, as his eldest son Ethan, 11, has cerebral palsy and is a wheelchair user.

It means day-to-day trips and longer breaks need to be planned more carefully, to cater for his needs, so Stephen says having support around him on one of our recent Child and Family Weeks at Harcombe House in Devon was a huge help.

Stephen, who also has two younger children, Ashton, 8, and Elsie, 1, with his partner, visited our centre with his whole family in August – with disabled accommodation available for them to stay in and a packed week of activities to keep all of them occupied. 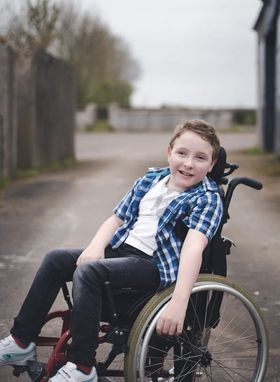 “I’ve been in the fire service now for about 32 years as a full-time firefighter, and I’ve had the best times with the Charity,” says Stephen, who’s worked for the airport fire service for 20 years and the airport for 11 years before that. “You never think you’re going to need it, but you soon realise it makes a big difference.

“Ethan was born 10 weeks premature, only 2 pounds in weight and had to be resuscitated twice. 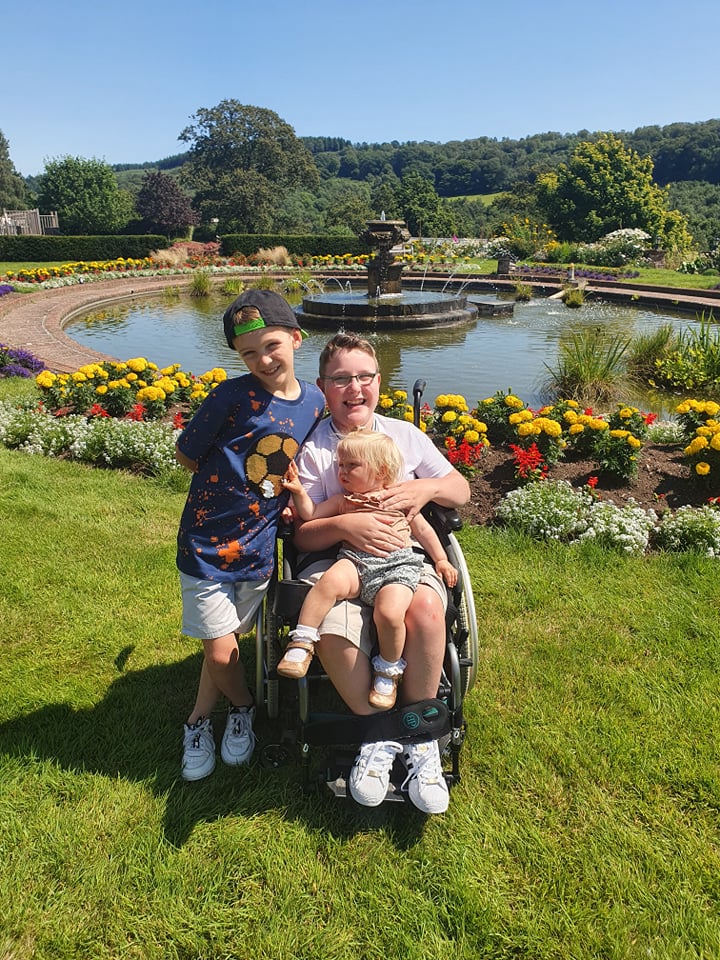 “He’s very much wheelchair-bound, but he’ll come down to the shops on his trike and you’ll hear him saying, ‘good morning, good morning’ to everyone. He’s so confident, he’s like a beacon. He never has a bad day, I do but he just gets on with it!”

While Stephen didn’t initially think of reaching out for support from the Charity, he made the call shortly after breaking up with Ethan’s mum. 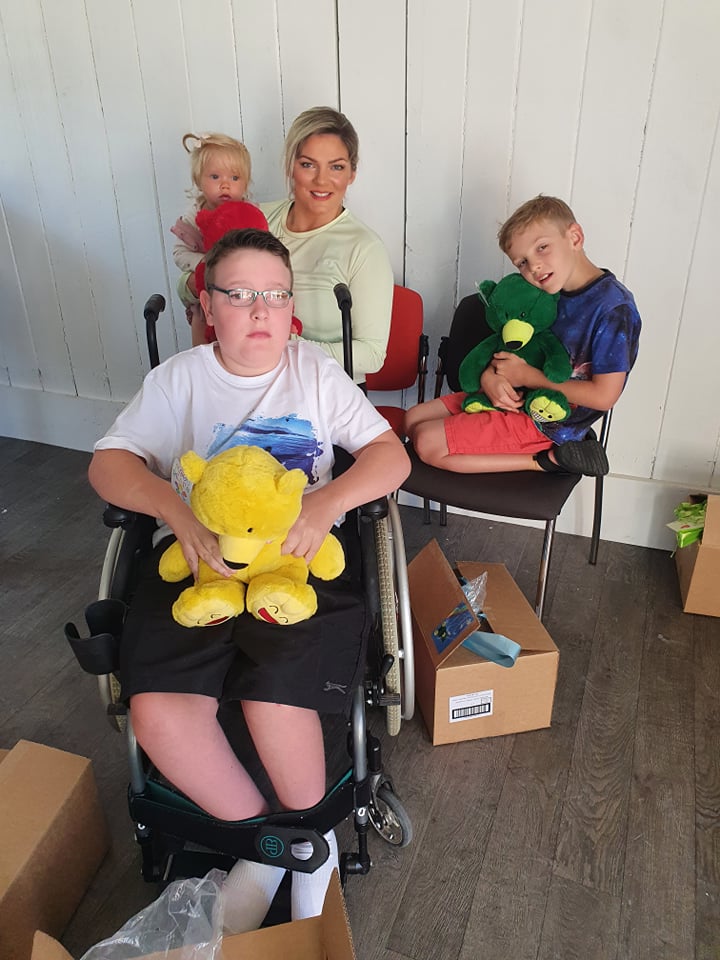 “We’re presently in the situation where Ethan is shared between parents and, when staying with me, requires a lot of equipment including a wheelchair vehicle with tail-lift, a specialised bed and an adapted trike, to name a few,” says Stephen. “These Items are extremely expensive and, even being second-hand, cost thousands of pounds – which can add a lot of financial responsibility to a family in similar circumstances. So when the fabulous support from The Fire Fighters Charity came on board, we were absolutely delighted.”

Stephen has been able to access support from our Welfare Team, who have offered practical solutions and helped signpost him to any necessary support he’s needed over the years, as well as offering him a stay at Harcombe House with Ethan around five years ago. They were then, more recently, offered the place on the Child and Family Week.

“The Charity coming onboard and helping me as a wholetime firefighter is a massive benefit to me, because there’s not an awful lot of support elsewhere,” says Stephen. “I couldn’t have coped without The Fire Fighters Charity over the years. 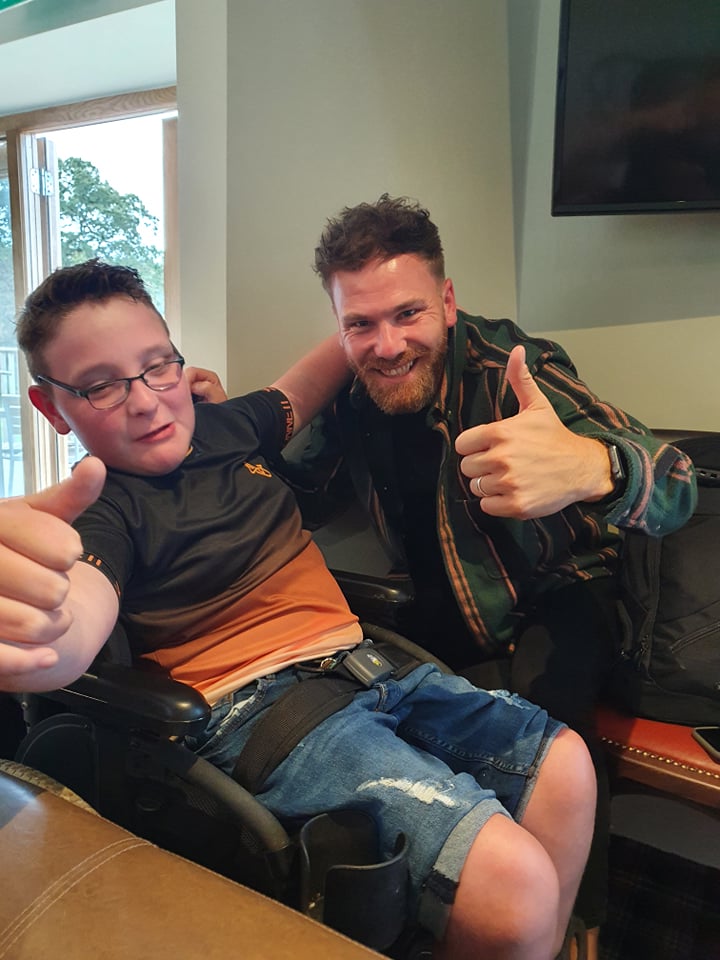 “There was nowhere available for us to go on a much-needed family break this year, so when this opportunity came up for the Child and Family Week, we jumped at the chance. I knew it would be fantastic week for him.

“We had an excellent time, we really enjoyed it but more importantly Ethan absolutely loved it. We also had our younger son with us, who’s eight, and he equally had a great time because there were other families with kids so they were able to come together. We could sort of sit back and watch them all evolve and make friends.

“We were in the disabled accommodation and it had things like the adjustable bed, which was absolutely magnificent. It was the best holiday he’s had – he’s been to Florida, to Spain, to Portugal, and it can be a challenge at times because they’re not all equally as catered as the Charity’s centres are.” 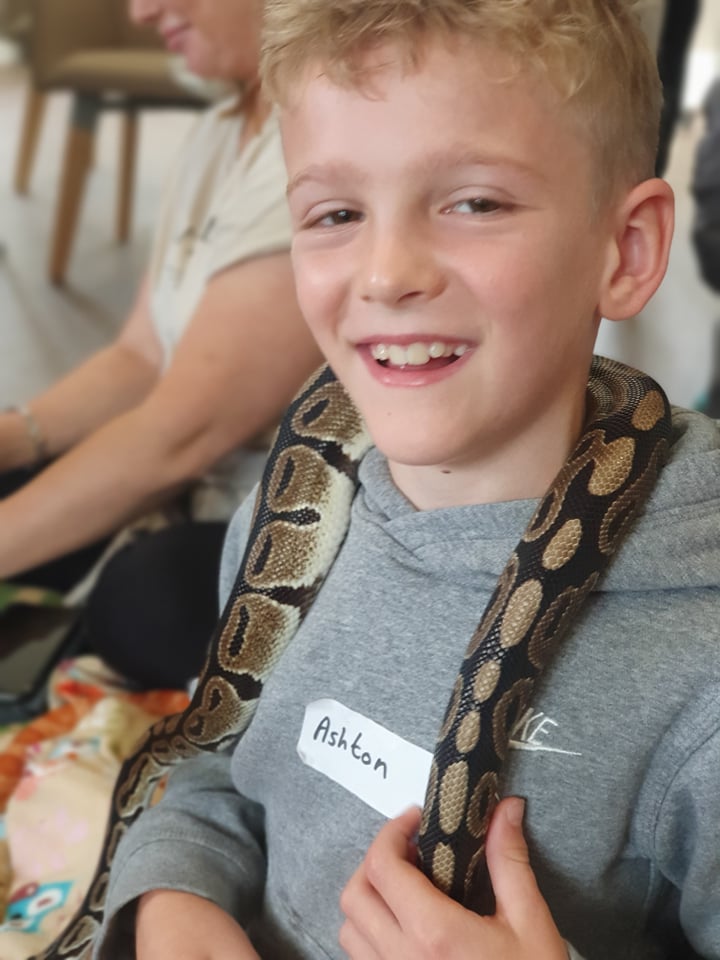 The week away offered them and several other families the chance to relax together, with a full timetable of activities to keep them all entertained – from animal workshops to crafts, nature walks, bush craft, swimming and more. Mostly, it’s a chance for them to spend time together in a new and safe environment.

Stephen adds: “Meeting other parents and siblings of kids with additional needs is a massive support.

“This week pushed us to get up in the morning and get involved in the activities. Sometimes, as parents of someone with additional needs, you can find yourself quite withdrawn because you feel a wee bit uncomfortable, like you’re holding people back, but when you’re on this week you know there are people in the same position as you. 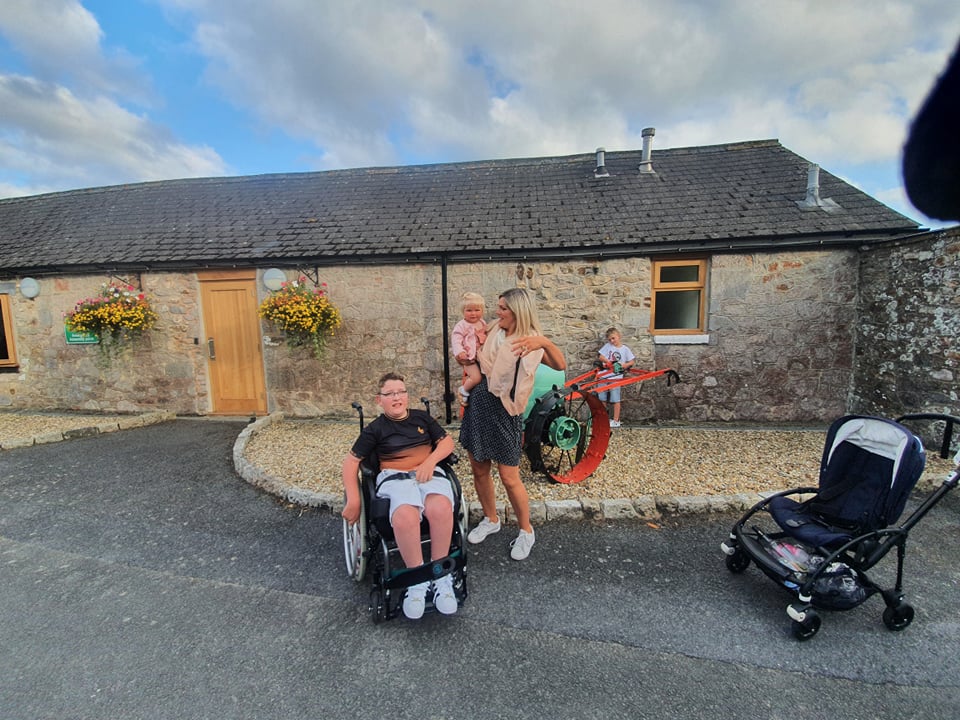 “Parents of kids with additional needs understand each other’s day-to-day struggles, more so even than your closest friends or relatives at home.

“This holiday was a highlight for Ethan, he’s still talking about it now and he’s given Jason, one of the welfare caseworkers he befriended, a few quick calls since!”

Stephen is now hoping to spread the word around colleagues and other stations in Northern Ireland about the support the Charity offers all of them. 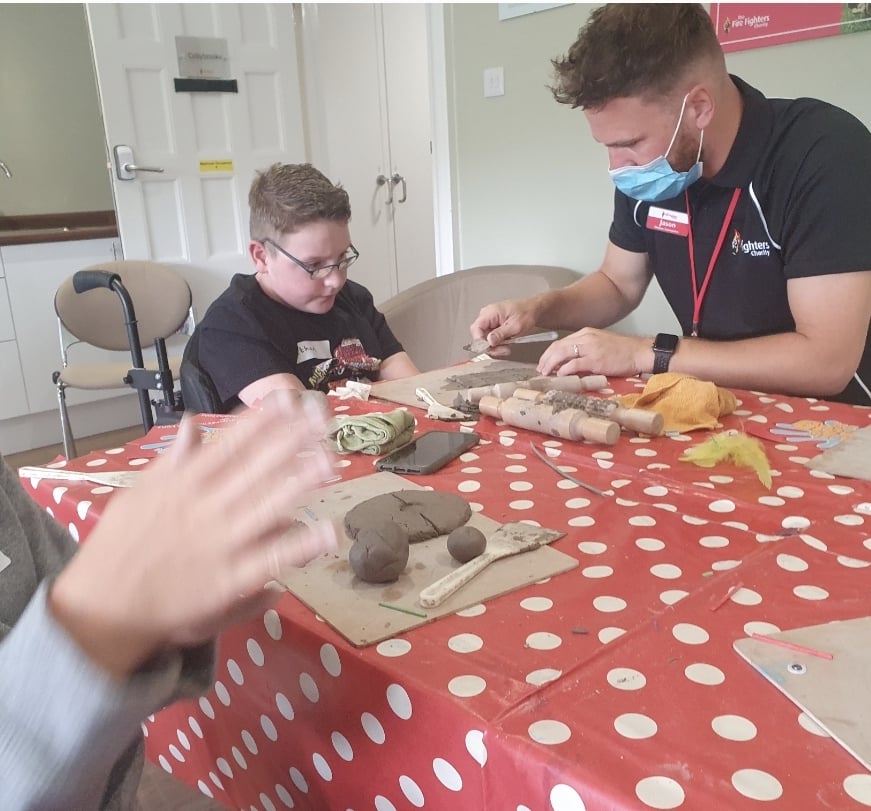 “I won’t miss the opportunity when I’m back on station to put it out there to others,” says Stephen.

“I think it’s important now I’m back to keep in contact with the Charity and to get the word out to other firefighters and stations – whether it’s setting up a small direct debit or a Car Wash. I’m going to get onboard with all of that.

“Sometimes I think firefighters in Northern Ireland don’t know as much about it, so anyone that’s used the facilities or received support – such as myself – should spread the word and put it out there.”

To find out more about our Child and Family Week this year, click here. If you need support with a welfare concern, or if something is affecting your physical or mental health, let us help. Call our Support Line on 0800 389 8820 or make an enquiry online.