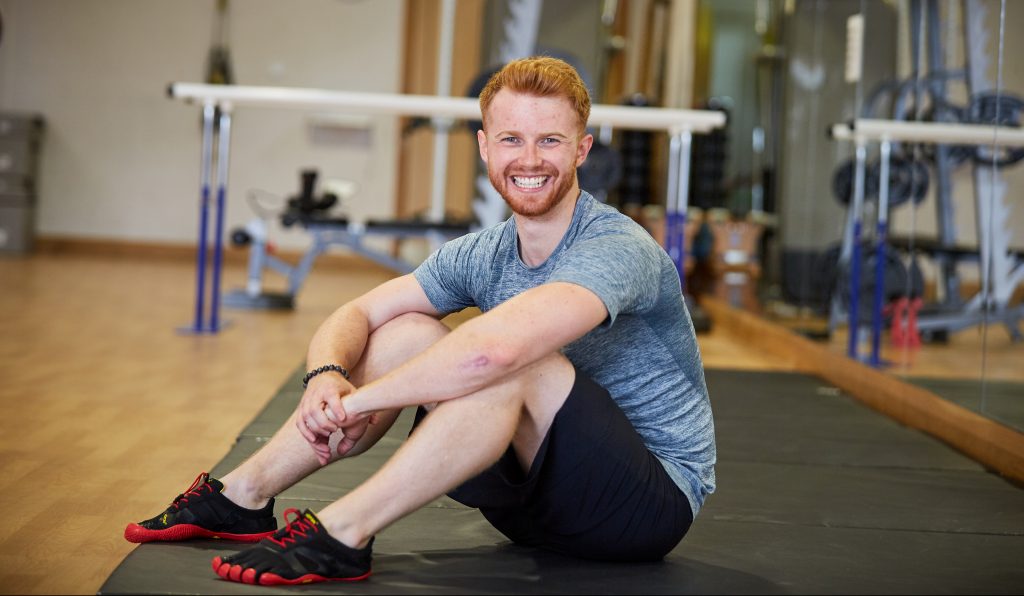 Having been involved in a motorcycle accident just four months into his career as a retained firefighter, Steven Tiller has since been able to return to full fitness with our support and is now preparing for an epic challenge to say thank you.

Steven Tiller was just a few months into his career with County Essex Fire and Rescue Service when he was in a motorcycle accident that sadly stalled his career as a retained firefighter.

When he received a phone call from his watch manager, he says he thought they were ringing to say that was it for his job. But actually they told him all about how we could help him recover from his injury and hopefully help him get back to full fitness.

“Coming to the Charity has changed my life forever, genuinely,” he says. “The people I’ve met here, the care I’ve received, I will just always be grateful. You walk through those doors and the smiles you’re welcomed with from everyone, they just all seem genuinely happy to be able to help you. ” 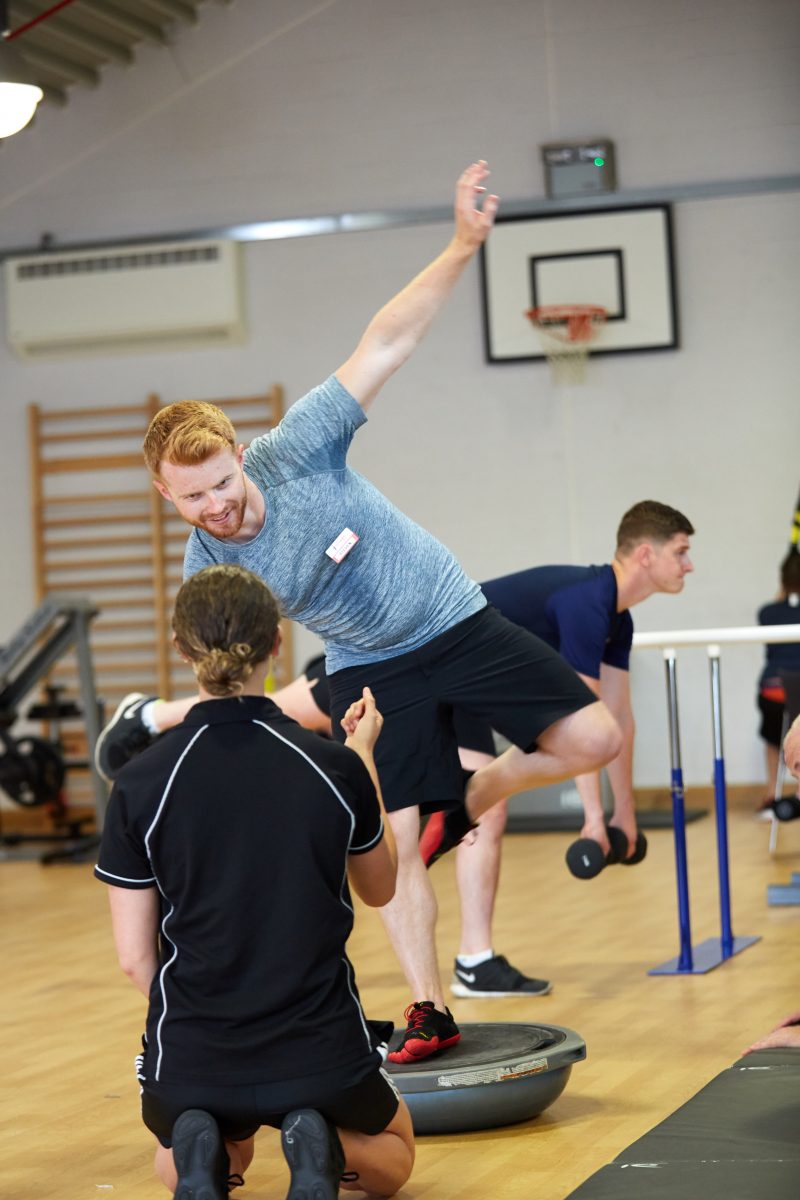 When we first spoke to Steven he was halfway through his third visit to Marine Court. A year earlier, he had been in a motorcycle accident that shattered his femur for the second time, having been in another crash five years earlier.

“My visits have been different each time, because of my own circumstances and the different stages of recovery I was in,” he says. “My first visit, I was in a pretty good place. But then circumstances with my legs changed so my second visit was significantly worse and they had to strip everything back. Now I’m back to where I was in my first visit, which feels brilliant. They’ve gone above and beyond in every single way for me to try and get back to who I was. I felt free again, like I was no longer a prisoner inside my own body.” 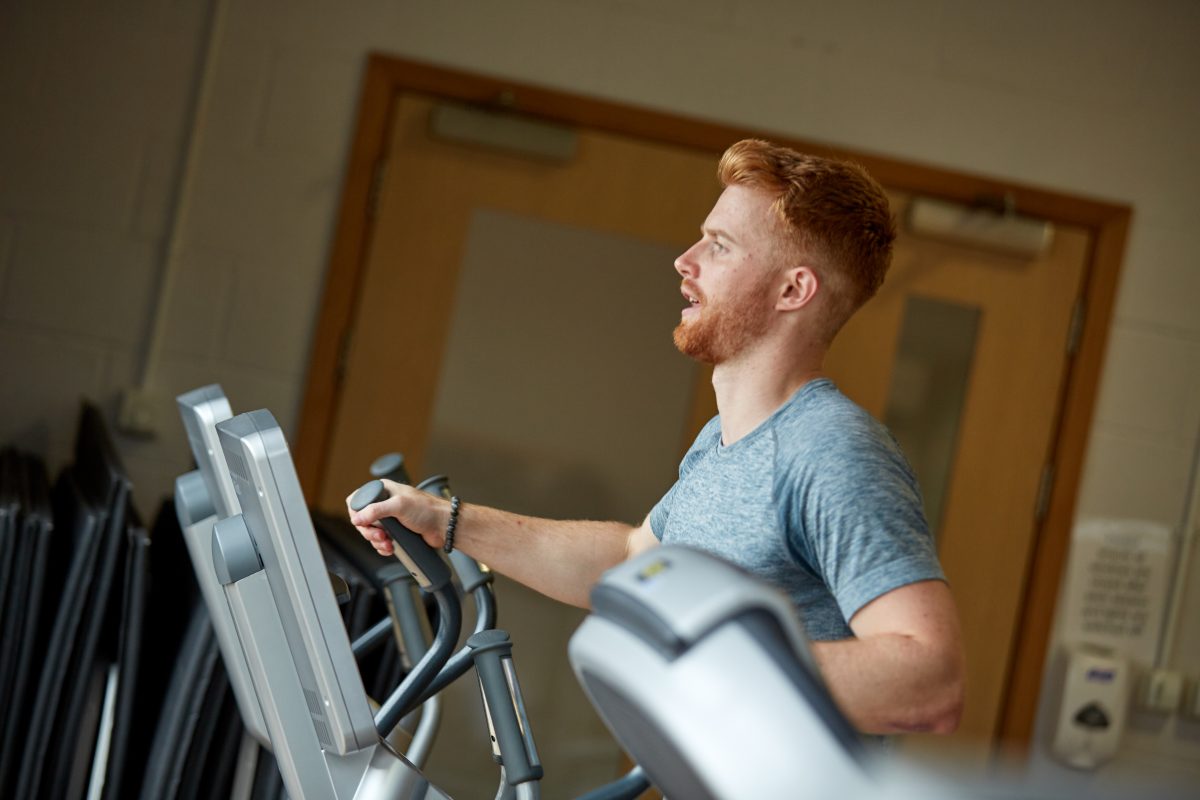 “Yesterday I ran for the first time in a year. I was so happy, I got off the treadmill and just hugged the physio behind me. That was a very big moment for me, and something I’d always just taken for granted. I’m really surprised at the progress I’ve made, which I have to give credit for to the Charity. Yes I’ve put in the work, but without them, I wouldn’t be in this situation.” 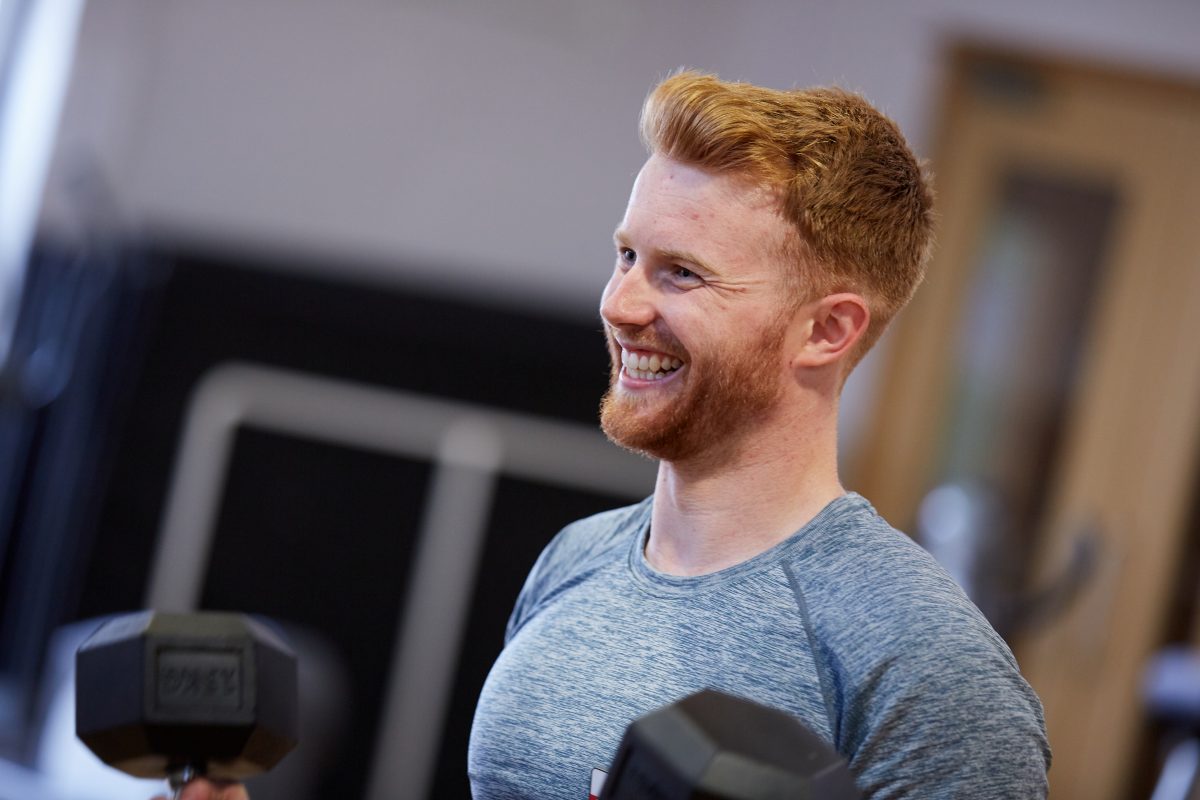 “They’ve returned my confidence, which I think is the biggest thing they’ve done for me. Yes they’re returning you to physical health, but they’re also returning your confidence. They help you move forwards and not have any doubt. With injuries this bad, you doubt yourself because you don’t want to move backwards. But they say, you’ve got this, move forwards. You can see the spark in everyone’s eyes, we’re really smashing it.” 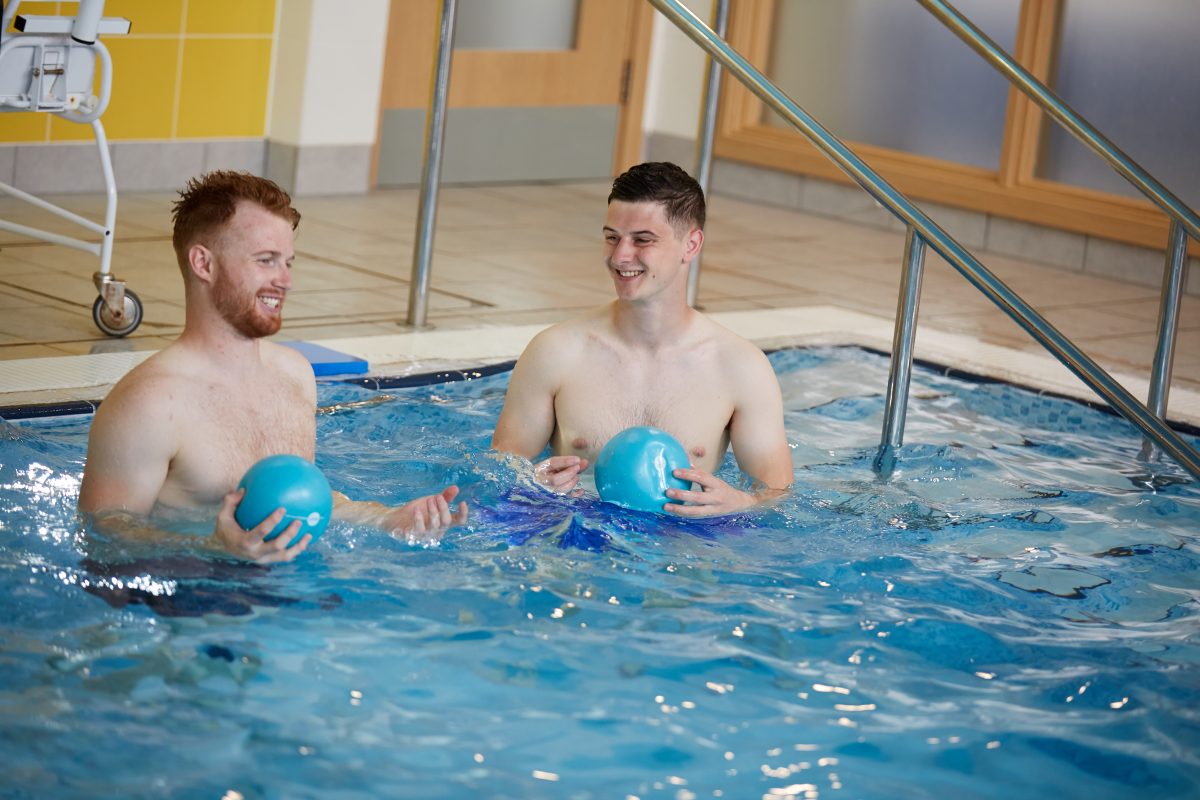 “I just want to say thank you to every single member of staff at Marine Court, because you all play a part in everything that happens here. Without every single part of that puzzle coming together, it just wouldn’t work.”

“You do feel guilty sometimes, you think, god, I owe the Charity so much and the service… That’s just how it is, life is what it is, so I’m just trying to approach life one day at a time, and not thinking about what’s coming.” 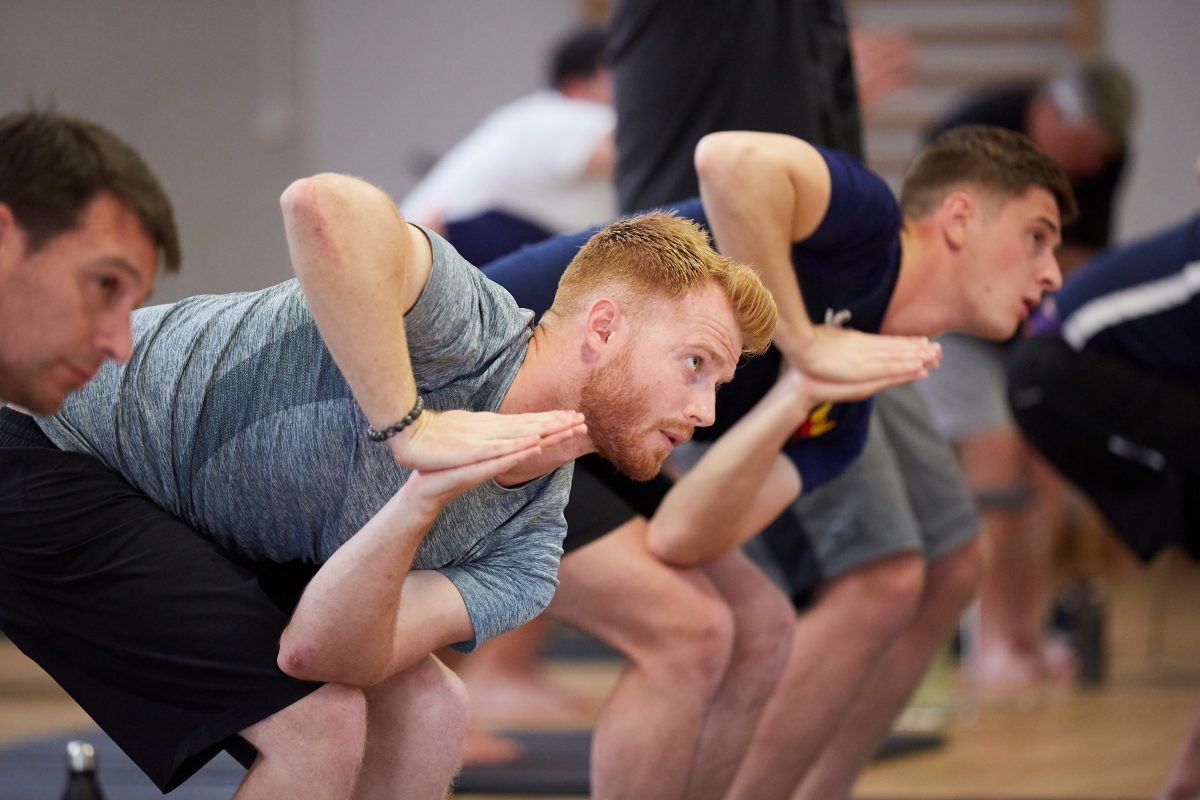 “I’m just moving forward with an intention to be myself and to be healthy.”

We caught up with Steven again in March 2022 and he says, thanks to the support he received at Marine Court, he’s been able to continue his recovery at home and is now back to full fitness.

While he’s made the decision to stall his career in the fire service for now, he’s instead set his sights on cycling round the world with his partner, raising awareness of causes close to his heart.

And first up, he’ll be lapping the UK – with all money raised throughout coming to us, as a thank you for the support we offered Steven at Marine Court.

“I thought it was ideal to raise money for The Fire Fighters Charity. Fire stations are such helpful places, so we may end up dropping by some stations to say hi too! We’d also love to drop into the Charity’s centres.

“With what happened, I was so grateful for your support. When I first thought about this challenge, I still had a titanium rod in my leg. I was on the NHS list for ages because of Covid, and they removed that last summer. It’s been healing since and I’ve only just really recovered.

“You guys came to my rescue and got me walking again – now I’m cycling round the world, which says it all!” 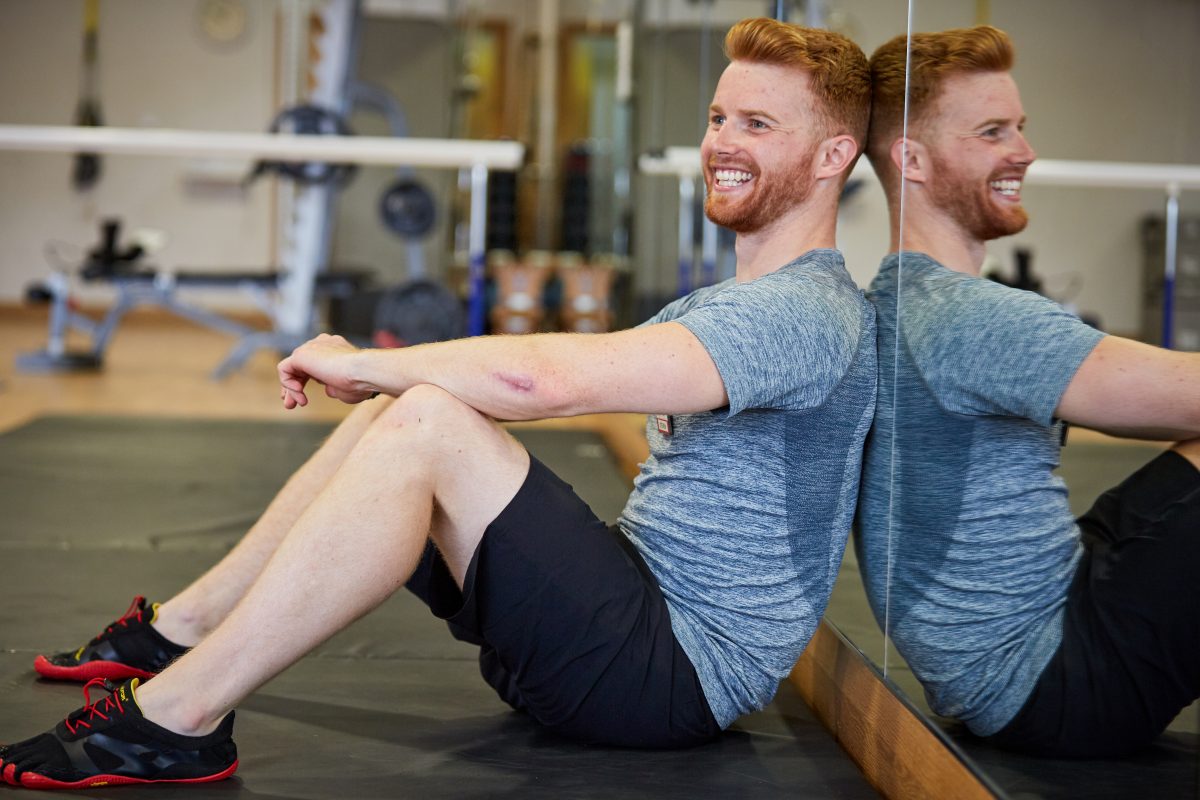 If you’ve had to leave the fire and rescue service on medical grounds, there is no qualifying length of time for you to be eligible to receive our support. Whether you’ve left after four decades, or, like Steven, four months, we are here to support you for the rest of your life.

So if you’re suffering with a physical or mental injury, or something is affecting your home life, get in touch with us. Call our Support Line on 0800 389 8820, browse our library of health and wellbeing resources or make an enquiry online.