Our Senior Leadership Team is employed by the Charity and oversees the day-to-day running of activity. 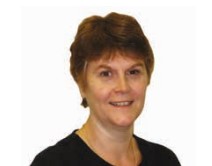 Dr Tolfrey started work with The Fire Fighters Charity in 2010 as Director of Operations, to lead the development of our services. Initially qualified in physiotherapy, she has a broad range of experience in trauma management, intensive care, rehabilitation, acute and chronic cardiorespiratory care, education and research. She was appointed our Chief Executive in June 2014 and has overseen the recent £1.8m redevelopment of Harcombe House in Devon. 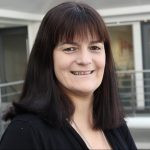 Sharon joined the Charity as a Registered Nurse in 1995 and was part of the original team who implemented the Charity’s first rehabilitation and nursing services. Before joining the Charity, Sharon worked for the NHS within the field of orthopedic nursing. She has held a number of roles within the organisation, overseeing service development and change, and is responsible for the leadership and management of the our beneficiary services 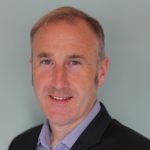 Martin has been The Fire Fighters Charity’s Finance Director since joining the Charity in 2007, having previously worked in accountancy practice and then commercial and charitable organisations. As well as navigating the Charity through a turbulent period of global financial crisis, he has also managed a number of other departments including a successful three-year spell managing income generation and engagement. Recently he has led on digital transformation and strategic planning. 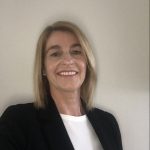 Chris has worked in the voluntary sector for several years and joined The Fire Fighters Charity in 2011. With a broad range of experience in human resource and organisational development, she has also worked in a leadership capacity and has been responsible for a variety of both support and development functions. Chris leads the Charity’s organisation development and corporate governance and oversees our estates and facilities. 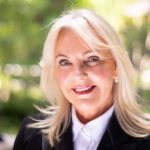 Ruth joined The Fire Fighters Charity in March 2021, having previously been appointed to the Board of Trustees as Lead Trustee for Development and Marketing. Ruth’s career in sales and marketing began at technology giant Apple in 1984, where she rose to eventually become Sales Account Manager for Apple Europe. She is a Freeman of the Worshipful Company of Marketors, a Member of Institute of Fundraising and she previously volunteered as Director of Engagement for the Allied Forces Foundation, taking part alongside injured allied forces veterans in 2019 at Washington DC Marine Corps Marathon. She is currently a student at Warwick Business School on the Executive Masters’ Digital Leadership and Transformation programme. Her brother is a firefighter in Sydney’s National Forest, so she is empathetic and passionate about supporting the fire services community.

Our Board of Trustees

Our Trustees are a body of volunteers who bring a wide range of knowledge, experience and expertise to the Charity. The Trustees approve our strategic and business plans and annual budget. They must ensure that everything done we do genuinely and solely in pursuit of our objectives. We have 15 Trustees who are appointed by our Company Members. 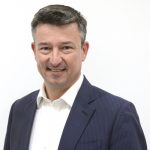 John Baines, Chair of the Board of Trustees 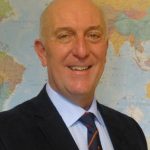 Neil Gibbins, Deputy Chair of the Board of Trustees

Neil’s 37-year operational fire service career included serving at all ranks, commencing as a fire fighter in Derbyshire. He became Deputy Chief Fire Officer for Devon and Somerset Fire and Rescue Service after co-directing the merger of the two services. He was lead officer for fire protection within the UK Chief Fire Officers Association from 2007 to 2013, and before this chaired the working group that managed the implementation of the Fire Safety Order by English and Welsh fire services. Neil is a Fellow of the Institution of Fire Engineers, where he used to be President as well as its CEO from 2015 to 2018. He has been awarded the Queen’s Fire Service Medal and has been an active member of the Charity for his whole career, from early involvement with work parties at Harcombe House in the 1980s to being a company member. 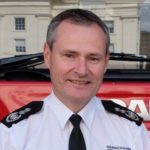 Andy Hickmott, Member of the Board of Trustees

Andy Hickmott retired as Chief Fire Officer of Warwickshire Fire and Rescue Service in 2019 after 6 years in post. He initially began his career in Royal Berkshire Fire Service before moving to London Fire Brigade as a junior officer rising to Senior Divisional Officer. He spent 5 years as Assistant Chief Fire Officer in Buckinghamshire before returning to London Fire Brigade as an Assistant Commissioner in 2009. He joined the Board of Trustees in 2014 and currently chairs the Staff and Governance Committee. 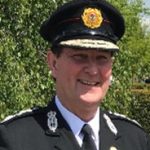 Simon Routh-Jones, Member of the Board of Trustees

Simon served as a fire officer for over 37 years and retired from his post of Chief Fire Officer and Chief Executive of Wiltshire Fire and Rescue Service in April 2016. He was instrumental in Wiltshire’s merger to become Dorset and Wiltshire Fire and Rescue Service. He implemented a Juvenile Firesetters programme, intervening and educating young people in partnership with Youth Offending teams and Police, Education and Social Services. Having started in the South West, this developed to form part of the national approach to youth education in fire prevention. He joined HM Fire Service Inspectorate for Scotland in September 2016 as an Assistant Inspector. In June 2018, he was appointed HM Chief Inspector for the Scottish Fire and Rescue Service. Simon is a Fellow of the Institution of Fire Engineers and a Fellow of the Institute of Leadership and Management. In 2016 he was awarded for Queen’s Fire Service Medal for services to the Fire and Rescue Service. In 2020 Simon was awarded the CBE for Services to the Fire & Rescue Service in the Queen’s Birthday Honours. 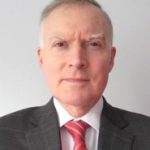 George Wood, Member of the Board of Trustees

George is a Chartered Accountant and a graduate of Heriot-Watt University. After starting his career in the profession, he then moved through management consultancy and internal audit into financial services where he worked for many years before entering the not-for-profit sector.  He has served in a variety of senior charity FD/CFO roles over the course of the last twenty years, including working for professional membership bodies and benevolent funds and has extensive experience of working with Trustee Boards and Finance/Audit sub-committees. 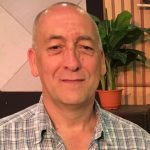 Chris Bilby, Member of the Board of Trustees

Chris joined Leicestershire Fire & Rescue Service in 1982 and served for 32 years, ending his active FRS career as substantive Assistant Divisional Officer in 2014. He was then reemployed into the post for a further two years. Chris worked in many roles over the years, but finished running the national New Dimensions Assets and FRS Technical Rescue team. Chris maintains a strong connection to the fire service, including in his roles as a Company Member of the Charity, as a Director and Trustee of the IFE and with his connection to his area’s fundraising efforts. As of 2022, Chris will have been an active supporter and fundraiser for the Charity for 40 years. He is passionate about the delivery of first-class service but also in the promotion and marketing of it. Chris hopes to aid the Board in their efforts to strengthen the ties between the Charity and the UK’s fire and rescue services. 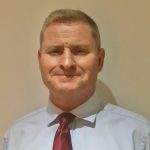 Michael Graham, Member of the Board of Trustees

Michael served with Northern Ireland Fire & Rescue Service for over 30 years, joining as a firefighter in 1991 and retiring as the Chief Fire & Rescue Officer (CFRO) in 2021. During his time as CFRO, Michael led the service through a period of significant organisational uncertainty, as well as through the Covid-19 pandemic, requiring him to demonstrate strong, yet compassionate, strategic leadership. Michael also spent three years at the National Fire Service College as an instructor and has a strong background in the development of people, both in the operational environment and as strategic leaders. Michael has a keen interest in many sports, having represented Northern Ireland Fire & Rescue Service in golf and played for the British Fire Service Rugby Team. 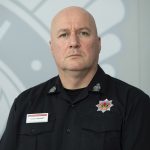 Ross Haggart, Member of the Board of Trustees

Ross has been an operational member of the fire and rescue service since 1994 and is currently the Deputy Chief Officer of the Scottish Fire and Rescue Service (SFRS). Prior to taking up this post, Ross was the SFRS’ Director of Prevention and Protection, and has also served as Deputy Assistant Chief Officer within the Service’s Strategic Planning, Performance and Communications Directorate. Ross is also a Trustee of the Chief Fire Officers Association, former Board member of the Scottish Business Resilience Centre, and a Member of the Institution of Fire Engineers. 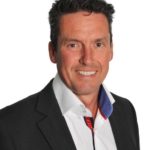 A Chartered Project professional who specialises in digital transformation and delivery, Graham’s career began in the Royal Air Force, before he joined the NHS and went on to support public and global organisations as a management consultant. Graham is passionate about helping individuals and organisations harness and exploit digital technologies to achieve their strategic goals, often through disruptive periods, including support through the Covid-19 pandemic. 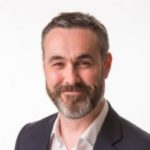 Steve is the London Regional Chief Allied Health Professional for NHS England and NHS Improvement, with a clinical background in physiotherapy. He has been leading the AHP pandemic response for NHS England and Improvement in London including supporting the set-up of London Nightingale, coordinating strategic workforce deployment and leading the delivery of Long Covid services at a regional level. He is also a non-executive director for a health and care innovation hub, Care City. His general professional interests are rehabilitation and recovery, digital healthcare, system transformation, leadership and diversity, and health inequalities. 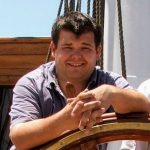 Chris Hirst is currently Global Director of Fundraising for an international sustainability charity. He has extensive experience leading fundraising teams based in the UK and overseas, managing significant corporate, trust and statutory fundraising income. A key element of this work has been funding wellness programmes for beneficiaries which address the impact on physical and mental health. In a previous role, he secured substantial funding to grow and deliver specialised programmes supporting military veterans and their families who battle PTSD and secondary level PTSD. Outside of this working role, Chris is an experienced trustee having served on the board of an international conservation charity and a UK-based sail training charity. 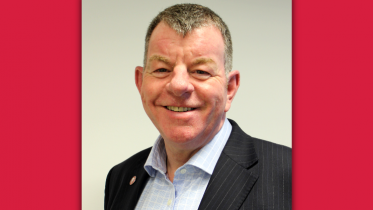 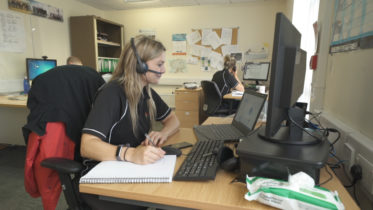 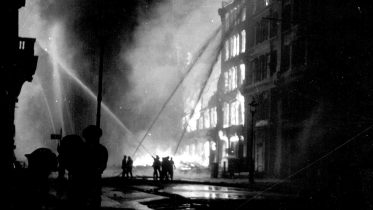