An Edinburgh toddler has become a familiar face at her local fire station, thanks to her determination to raise money for The Fire Fighters Charity after being inspired by her heroes.

Two-year-old Jessica became fascinated with the fire service six months ago after seeing a fire engine go past with its lights and sirens on. Since then, her mum, Leanne, has to make regular visits to the Crewe Toll fire station to appease her interest, often multiple times at day, and often at bedtime. 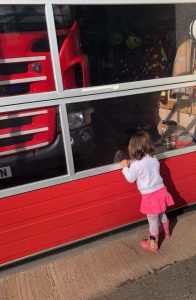 “I totally understand the value of telling her all about the work of our emergency services and the fantastic work they do for the community, so I am happy to accommodate,” Leanne told the Edinburgh News. “Particularly if that means getting the wee one down for a good night’s rest after a quick visit.”

Thanks to their regular visits, Jessica and Leanne are now known to crews in the station: “They know the drill and are very accommodating,” says Leanne. “She gets to sit in the fire engine and push buttons, pretending to be in charge.”

Jessica is going to be taking part in a Big Toddle from Inverleith Park to Crewe Toll fire station on Saturday, covering about half a mile, which is no small feat for a two-year-old with small feet. 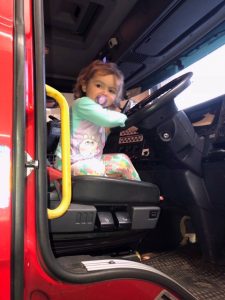 “The crews have been so welcoming to Jessica that we wanted to give something in return,” says Leanne. “Raising money for The Fire Fighters Charity will help them when they need to reach out for assistance.”

Jessica has already beaten her target of £150, with £250 being donated via her Facebook page so far.

“I really hope my daughter’s efforts will make a difference, and I’m so proud of her,” says Leanne. “She is also planning to bake cakes for them all after she finishes her walk.”

“We are delighted that Jessica loves to visit,” says Edinburgh City Senior Officer Kenny Rogers. “It’s great to see young people wanting to learn about what firefighters do and all about fire safety. We might have a firefighter of the future on our hands.” 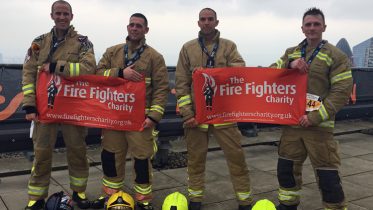 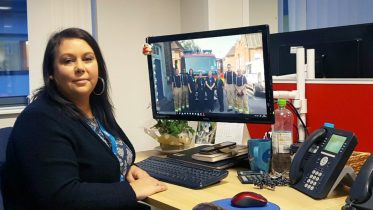 Michelle: "I didn't think I'd be eligible" 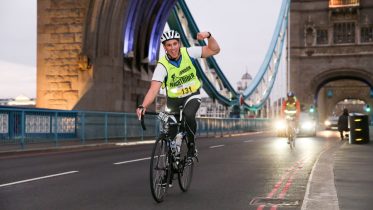 Find out how you could walk, run, cycle or climb your way to fundraising glory