A coffee company owned and run by firefighters has pledged to donate some of its profits to us each year, as part of a new partnership.

Founded in 2018. Frontline Coffee is the brainchild of Matt Broxton, previously of London Fire Brigade, and Tom Taylor, a serving Devon and Somerset firefighter, who wanted to do more to recognise the superhuman efforts keyworkers have been going to as part of the Covid-19 pandemic. If nothing else, they said, the least they could do was ensure those working on the front line could enjoy a nice cup of coffee, and have given away 20,000 cups to keyworkers this year. 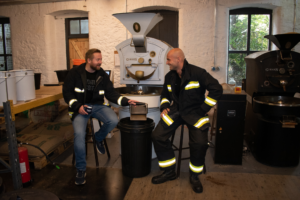 “Me and Tom both have a passion for real coffee so we always used to joke about how terrible the instant coffee was at the fire station and how it used to taste like tarmac,” says Matt. “In the fire service after you’ve been out on a ‘shout’ to a house fire or had to deal with a difficult situation, it’s a typically British thing to do to have a coffee or cup of tea.

“When lockdown happened and keyworkers were having to deal with the enormity of Covid-19, we felt these people would be in even more need of a good cup of coffee when they finally sat down for a break. That is why we made it our mission to get good coffee to key workers working exceptionally hard during these troubling times in hospitals, police, fire and ambulance stations during the UK lockdown.”

Of the coffee not being given to keyworkers, the pair are donating profits from different blends to different emergency services: The Thin Red Line for Fire Service charities, The Thin Blue Line for the Police and the Bevan Blend for NHS Charities Together named after its creator, Aneurin Bevan. They also sell grinders, brewing kits, specialist tea and merchandise. 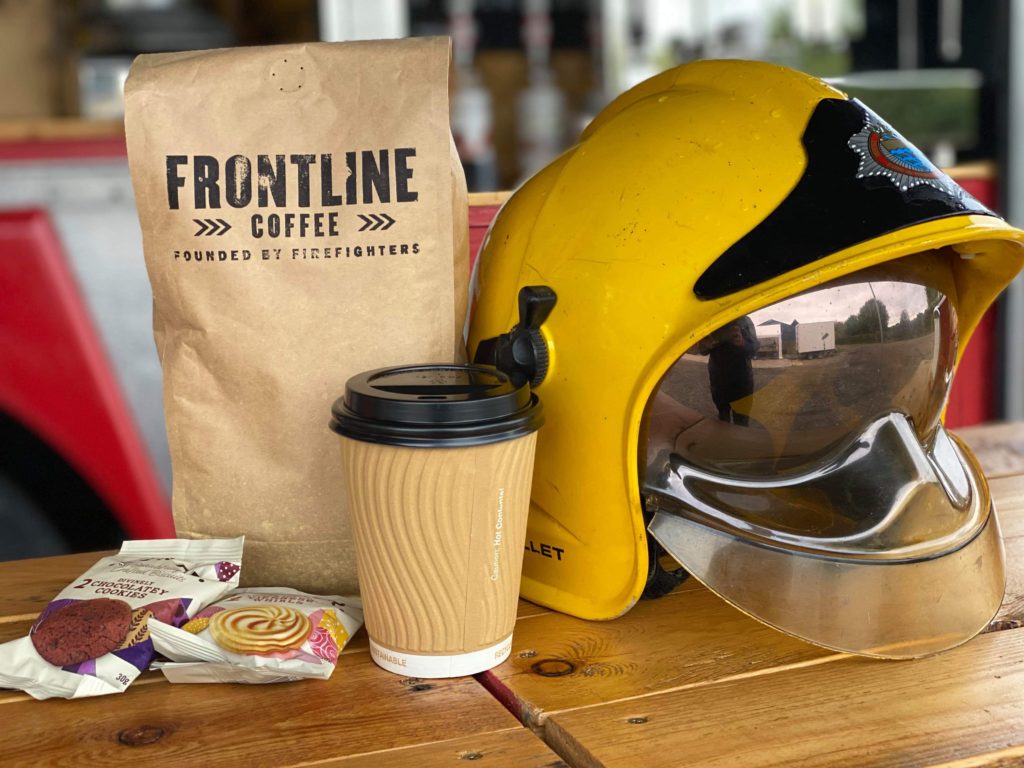 Frontline Coffee aims to support frontline charities ‘one coffee bean at a time’ and has so far raised over £15,000 with donations made to NHS Charities Together, the Royal National Lifeboat Institution, The Ambulance Staff Charity and mental health support charity, The Laura Hyde Foundation. And now they have pledged to give The Fire Fighters Charity with profits from their Thin Red Line blend.

“It’s our soul mission to raise awareness about the great work our frontline services do and raise money for their respective charities,” says Matt. “We’re absolutely delighted to have raised more than £17,000 so far.”

Working on the front line runs in both families. Matt’s mum, was a nurse, and his dad and uncle, were both in the Royal Navy, while girlfriend Rosie, who is also Tom’s cousin, is a nurse. Tom’s wife meanwhile, is a police detective. “I guess we all have it in our blood to help people,” says Matt. “Now more than ever, we aim to support our key workers through this next set of challenging times.” 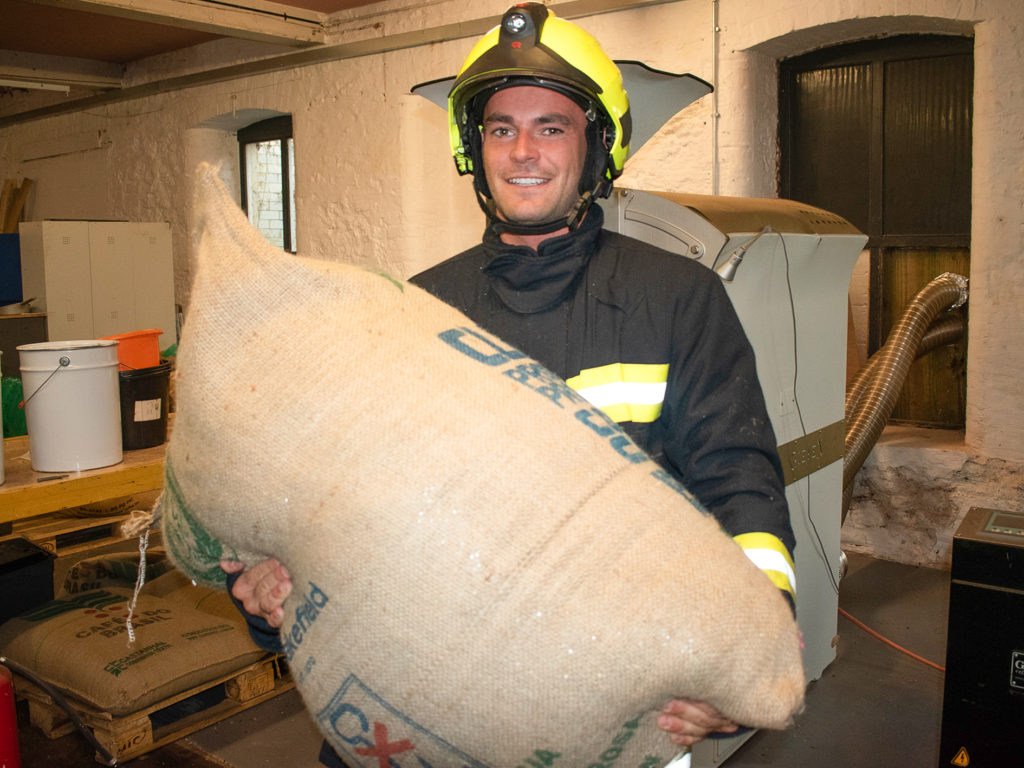 To buy ‘Thin Red Line’ coffee and support The Fire Fighters Charity, visit the Frontline Coffee website and find out more about how we help the UK’s fire services community.