A team of more than 20 fire service personnel have completed an incredible fundraising challenge – covering 132 miles and 84 summits in just 48 hours – to raise money for the Charity, after many of them were helped by our services over the years.

The group, from across Cumbria Fire and Rescue Service, managed a Double Bob Graham Round Relay which had never been done in relay format before. 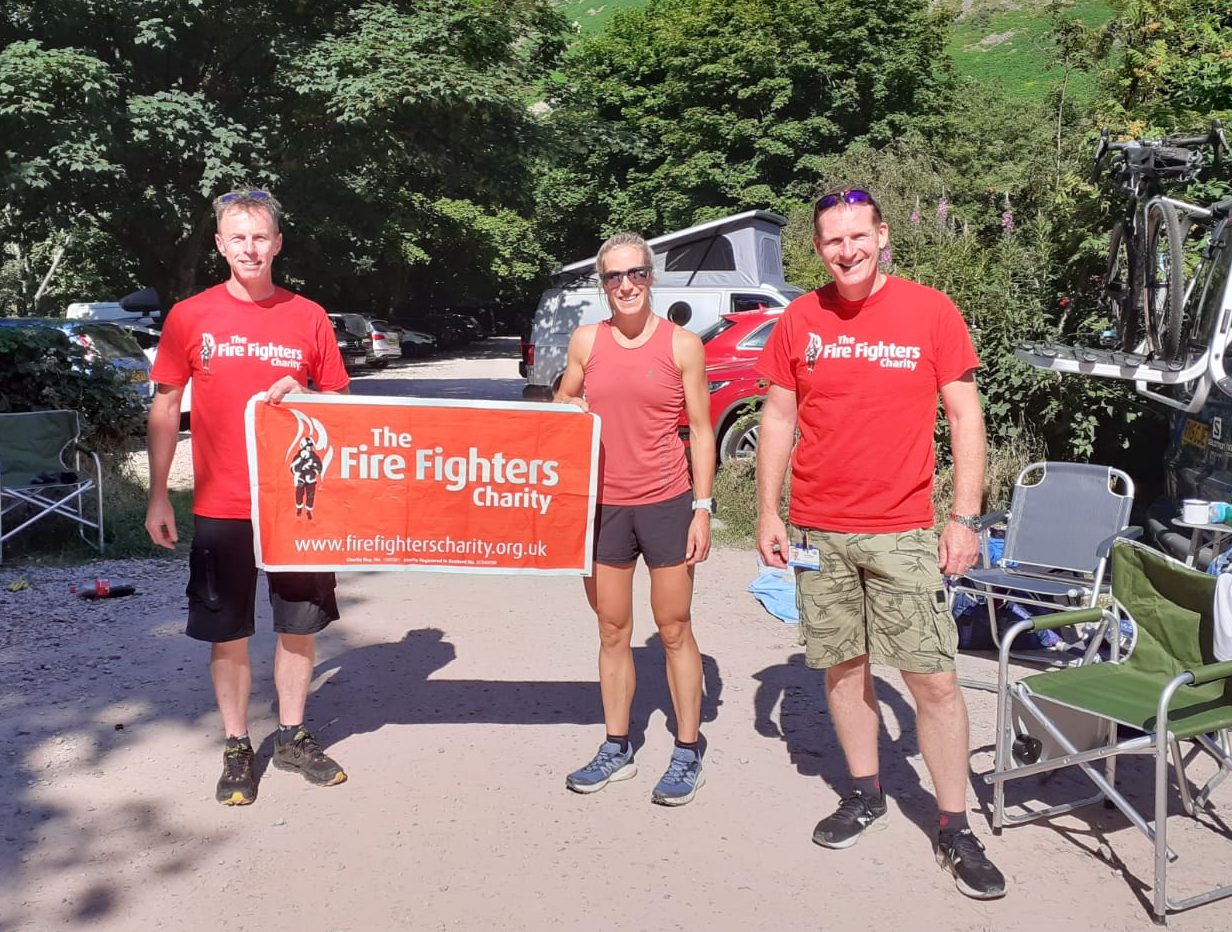 Each leg could take up to five or six hours, with one spanning 18 miles, and some of the brave volunteers even took on more than one leg each for the cause – supported throughout by a crucial team at each checkpoint.

They were inspired to take part after successfully completing the single Bob Graham Round Relay the year before. This time, however, they wanted to up their efforts and went as far as doubling it, seeing it not only as an opportunity to support the Charity, but also bring people from across the service together following a particularly challenging year. 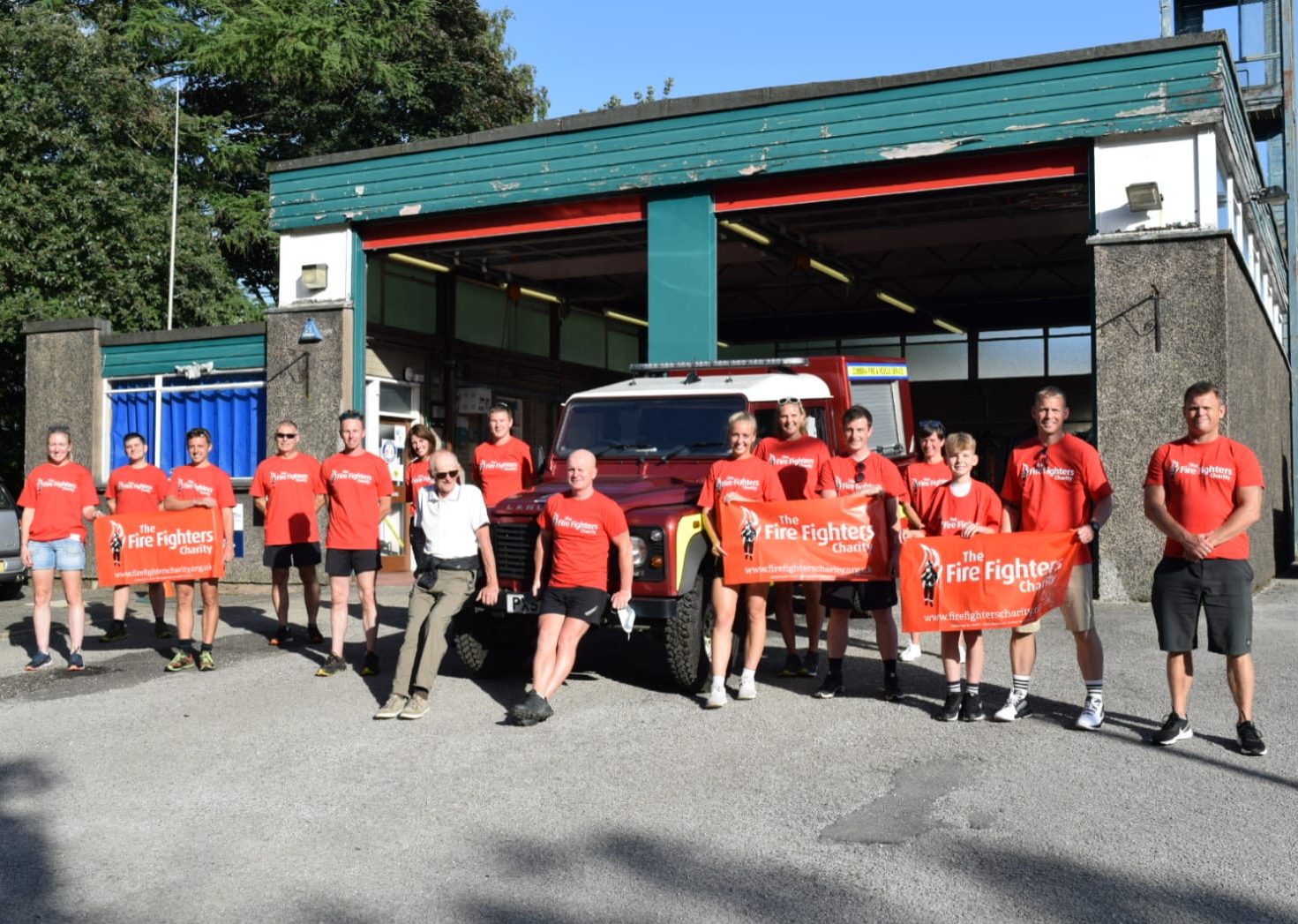 Paul Milburn, station manager with Cumbria FRS, was a key part of the support team – having completed the challenge himself last year. He says having Jubilee House so close to where they work has only cemented the importance of the Charity’s services to all of them through the years.

“We’ve got the luxury of having Jubilee House close to here, and I know a number of firefighters that have used the facilities – including myself,” says Paul. “I went right before the first lockdown, for my mental health, so I’ve seen how it helps. The facility is just state of the art there. 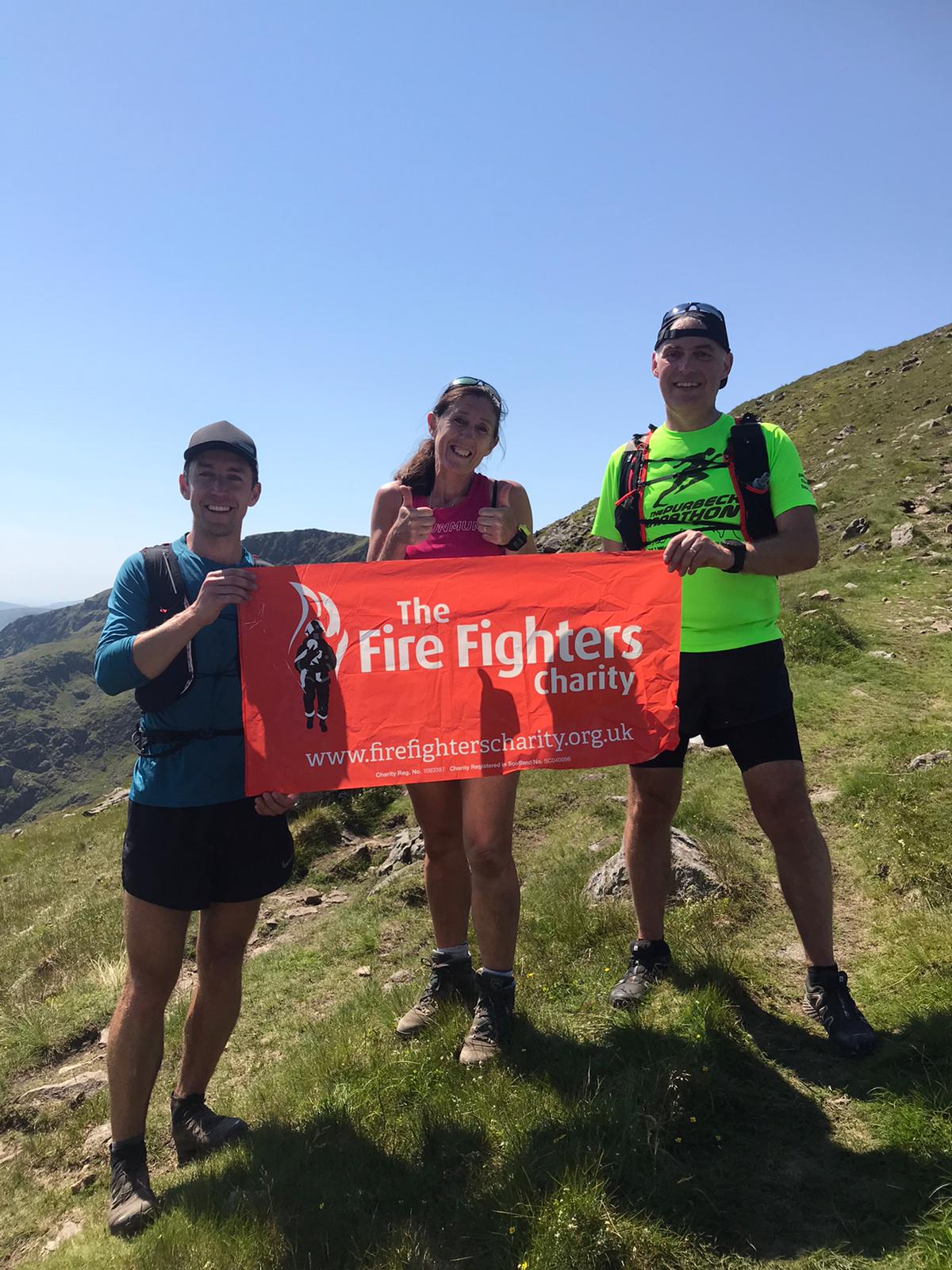 “It’s very close to our hearts and we need to bring in as much money as possible – especially following the global pandemic over the last year. All charities have had a hard time.

“We did the relay last year for the Charity, raising around £3,000, so we thought, ‘what can we do to up the game?’ we doubled it! I’ve done some difficult things in my time but last year’s was one of the most difficult things I’ve done. It was literally up and down mountains… Those that ran two or three legs, it’s just phenomenal.” 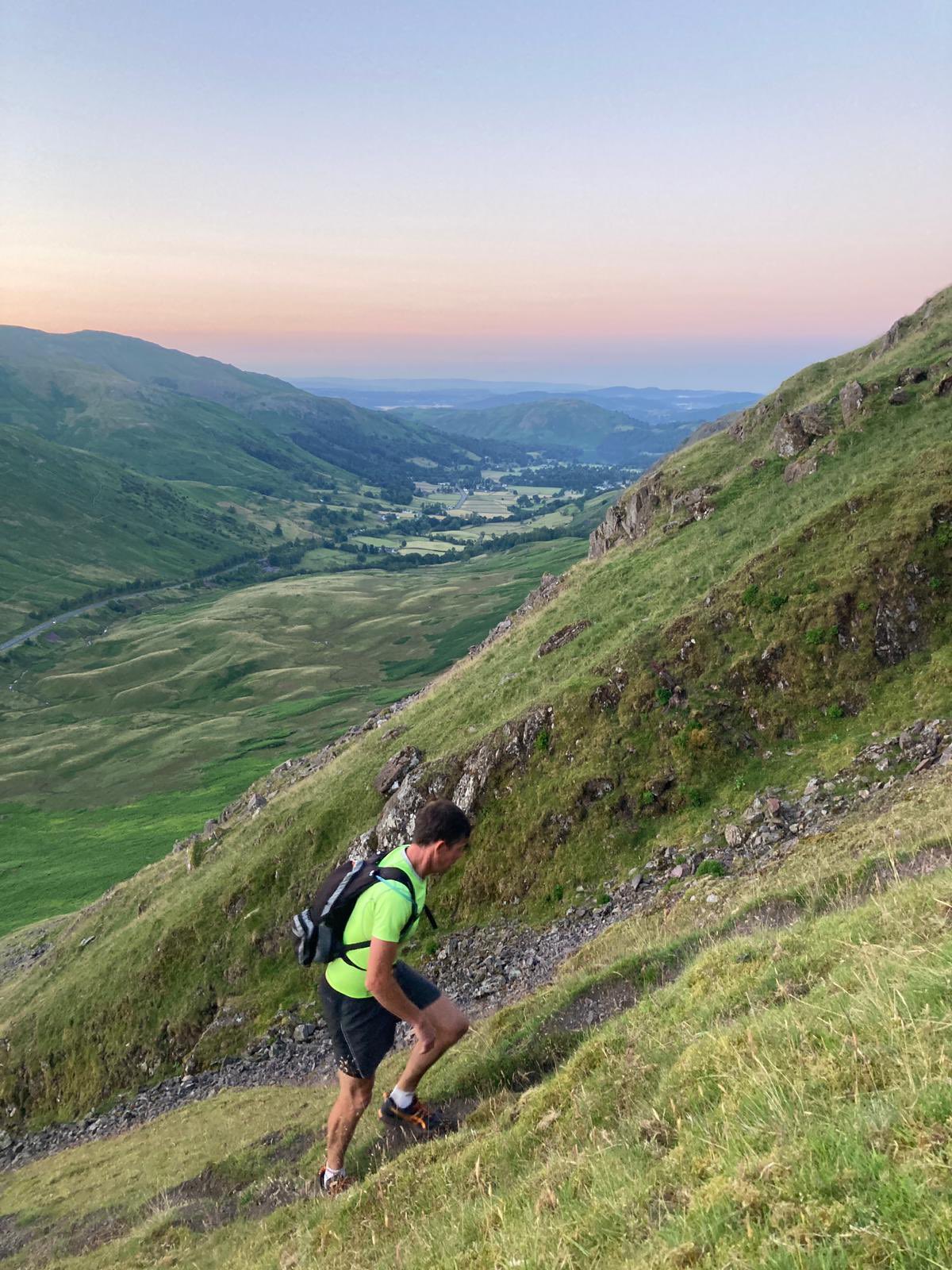 Runners were able to rest between legs, but Paul says many of them would finish their stint and then join the support team in cheering on their colleagues throughout the weekend.

Paul says seeing everyone together, supporting each other like that, was a welcome return to normal life after the last 18 months – and the knock-on effect the pandemic has had on many people’s mental health. 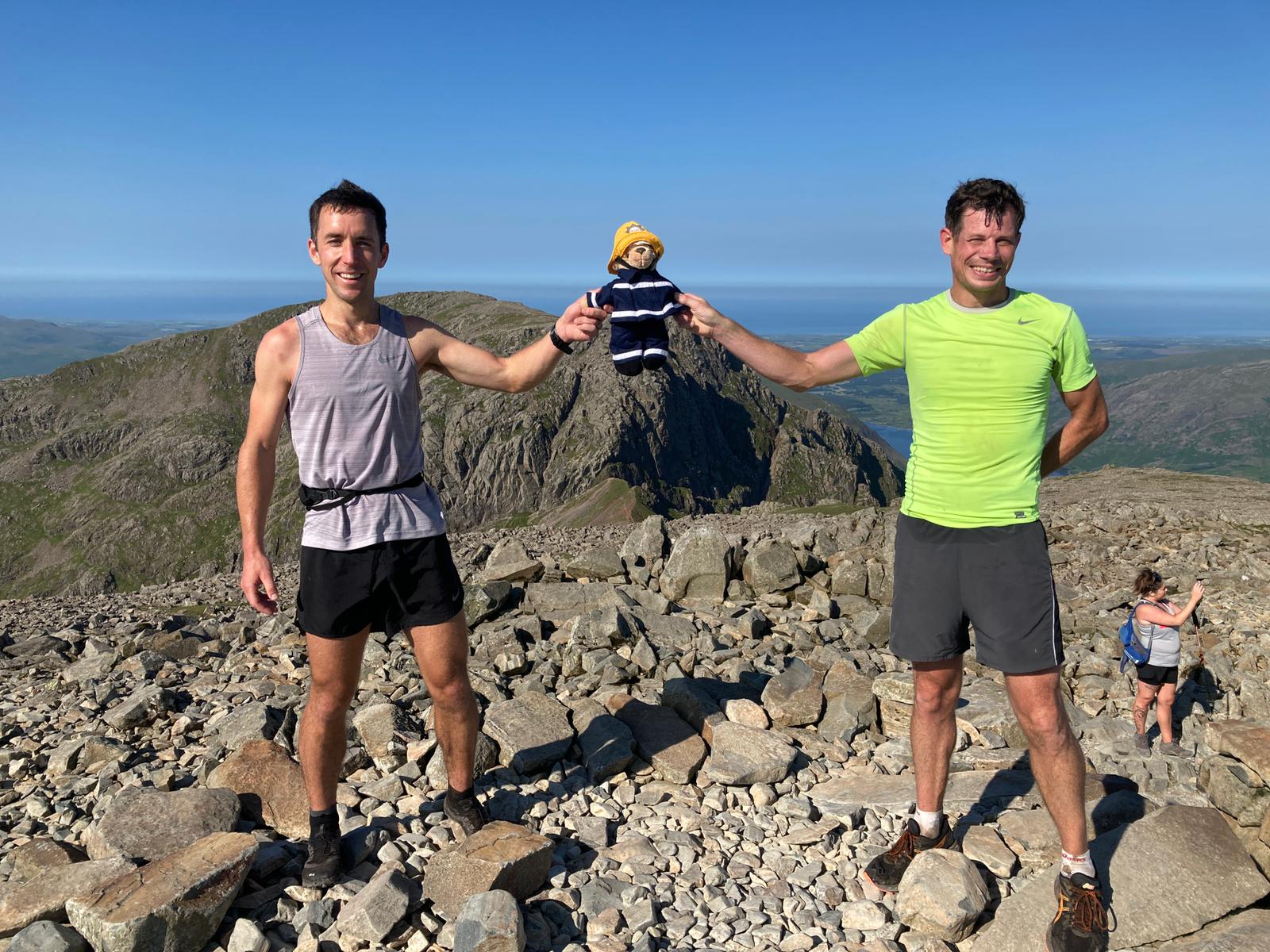 “For the past 12 months I’ve been working on the Covid response for the service,” says Paul. “I’ve been coordinating the entire fire response, from picking up laptops to get refurbed for home schooling, through to leading on lateral flow testing and PDF testing, as well as PPE deliveries, training to be ambulance drivers and being part of the vaccination program.

“We had 11 Covid-related work streams that were ongoing for the service. It’s been a very, very busy time, but also rewarding. 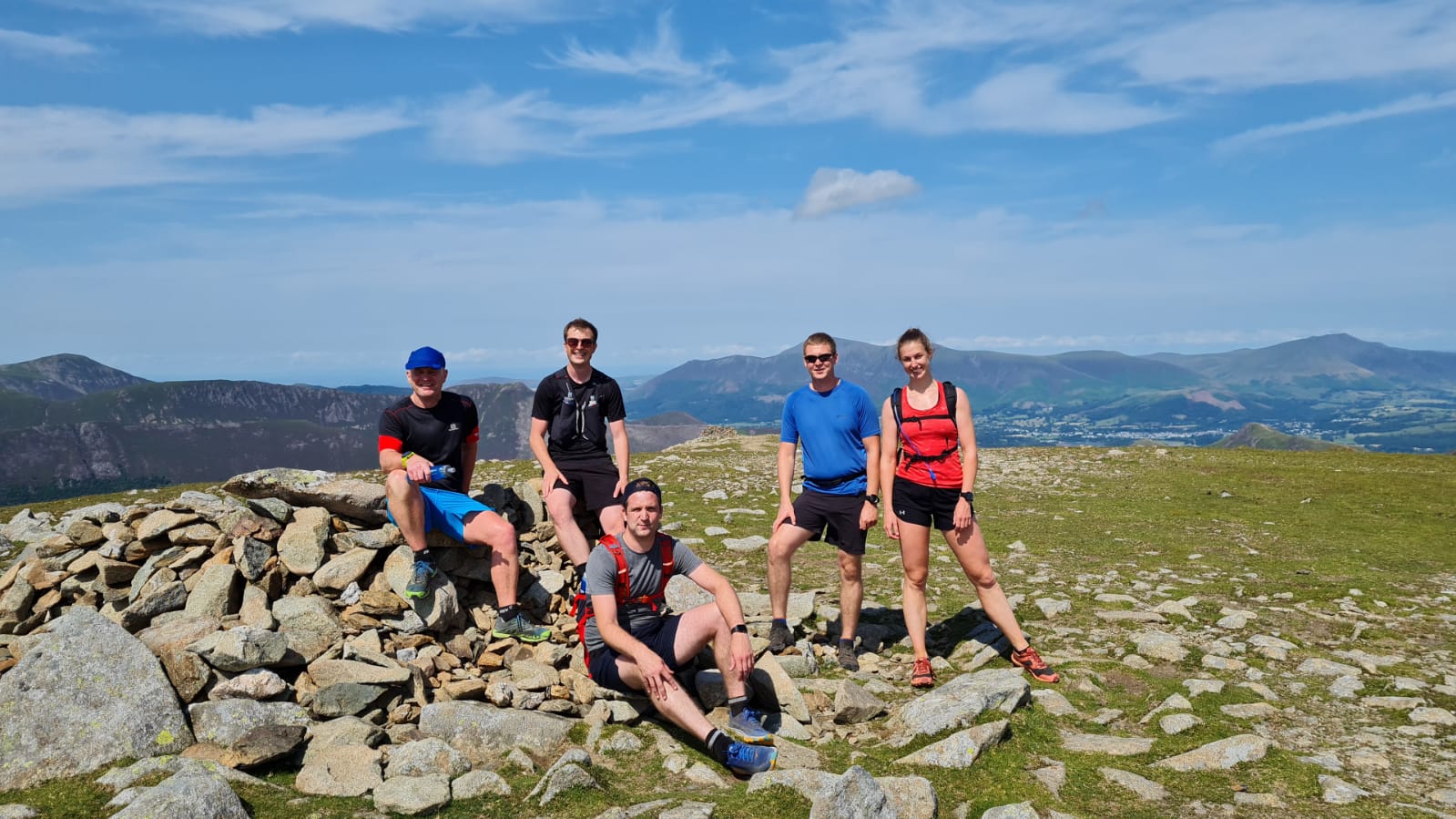 “We’ve luckily been able to maintain morale. Covid certainly has impacted staff, most noticeably a member of staff in Barrow who had long Covid. It’s impacted people in different ways, from working from home to wearing PPE all the time – very similar to others – but we’ve maintained a top class response, whilst having a very low level of absence.

“Doing something like this is a good morale booster and a really good cause – while getting to see more of the Lake District which is beautiful. When it’s sunny at least! 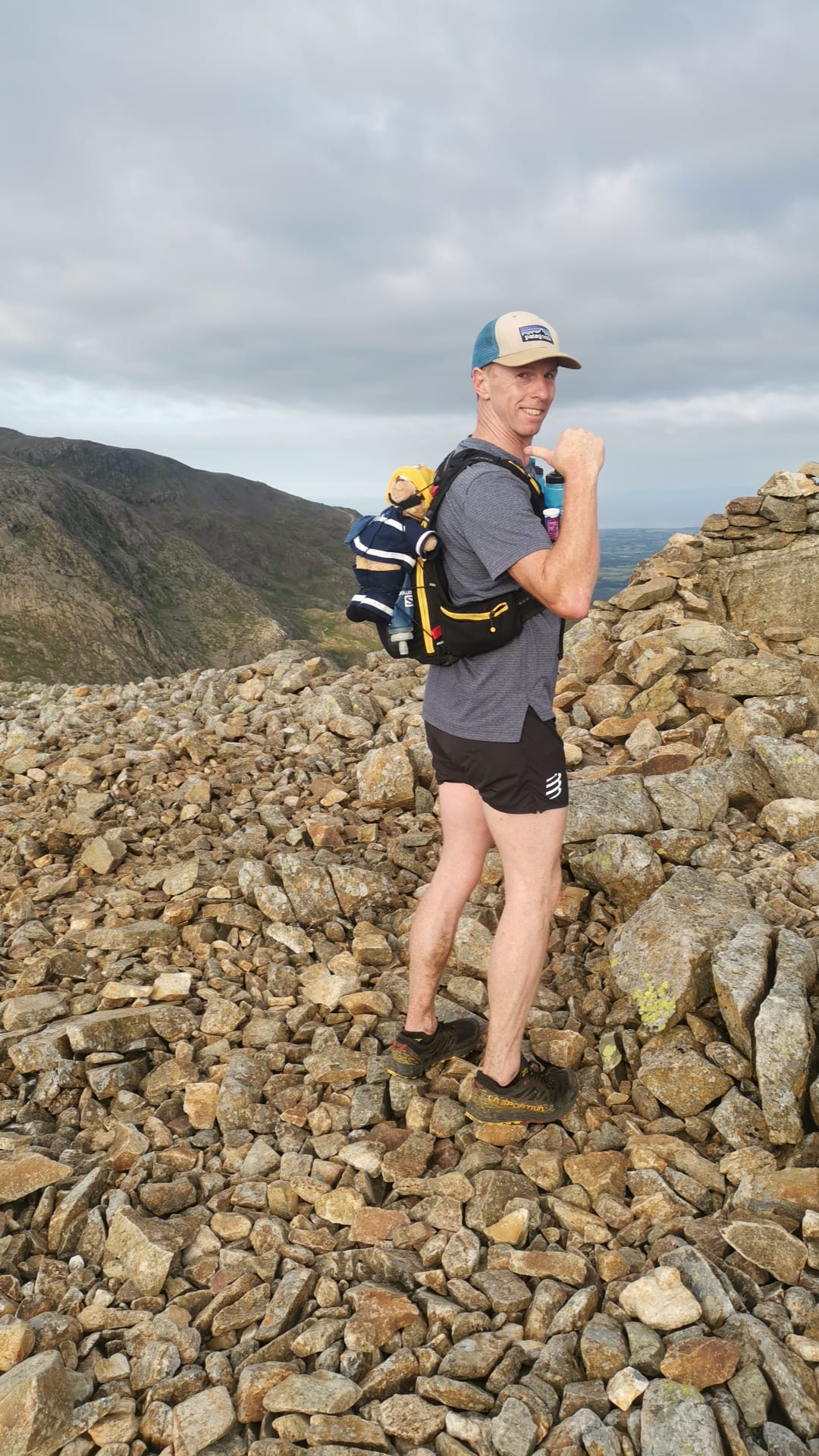 “Luckily the weather was amazing and it was such a great achievement.”