On Saturday, 24 November, teams of fire and rescue personnel joined members of the public to take part in the Broadgate Tower Run Up event, to raise money for The Fire Fighters Charity.

Runners were given the choice of how many times they’d like to climb the 877 steps that made up the building’s 35 floors. Three climbs was the equivalent of a quarter vertical mile, or a whopping 12 climbs equated to a whole vertical mile, covering 420 floors over 10,524 steps.

And what’s more, many of the firefighters taking part did it in their full kit, some even with their breathing apparatus.

“Watching them struggling all that way carrying that equipment really makes you appreciate how difficult the conditions firefighters are working in often are,” says Community Events Coordinator Katy Parsons, who was there supporting them. “Everyone else there was in vests, shorts, and trainers, and there’s our guys doing it in full kit. It was really inspirational, but, as we know, fire fighters love a challenge.”

Each runner had a different reason for taking part. For some it was part on an ongoing attempt to beat previous fitness challenges, and for others it was a way of team bonding. But for all participants, the desire to raise as much money for their charity was apparent, especially with the run’s location within a high-rise building in the heart of London’s East End.

“It’s a very worthy cause to be climbing all these stairs for,” says Leicestershire’s John Gregory. “The Charity helped me personally with physical rehabilitation after an operation, and I know many people who have gone to them for mental health support as well.”

“We all know someone who has used The Fire Fighters Charity, so it’s important we help them to help others,” says Northamptonshire’s Nick Gayton. “We’ve seen the work they do, which is tailored to look after people’s needs in a way that has been designed for them. It’s not just a one-stop-shop, each programme is personal.” 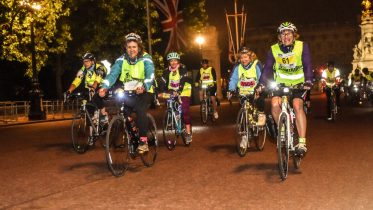 Find out how you coud walk, run, cycle or climb your way to fundraising glory 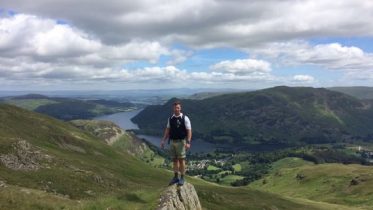 Set yourself a challenge

Do something incredible for The Fire FIghters Charity