Nearly a year to do the day since the helicopter crash that killed its chairman and four other people, Leicester City Football Club hosted a group of firefighters on a fundraising mission last weekend.

Five firefighters from Leicester Central’s White Watch – who were among the first on the scene of the crash last October – completed a half marathon in full fire kit and breathing apparatus at the King Power Stadium on Sunday 6 October.

Thrilled and proud to be stood shoulder to shoulder with these men! Absolutely incredible morning running 13 miles in the King Power stadium. Over £4000 raised for The Vichai Foundation and The Firefighters Charity. Huge thank you for all the donations and support! @thefirefighterscharity @lcfc @ballyclareinternational #vichaisrivaddhanaprabha

The group had originally planned to take part in the Leicester Half Marathon, but when the event got rained off, had to find an alternative venue. 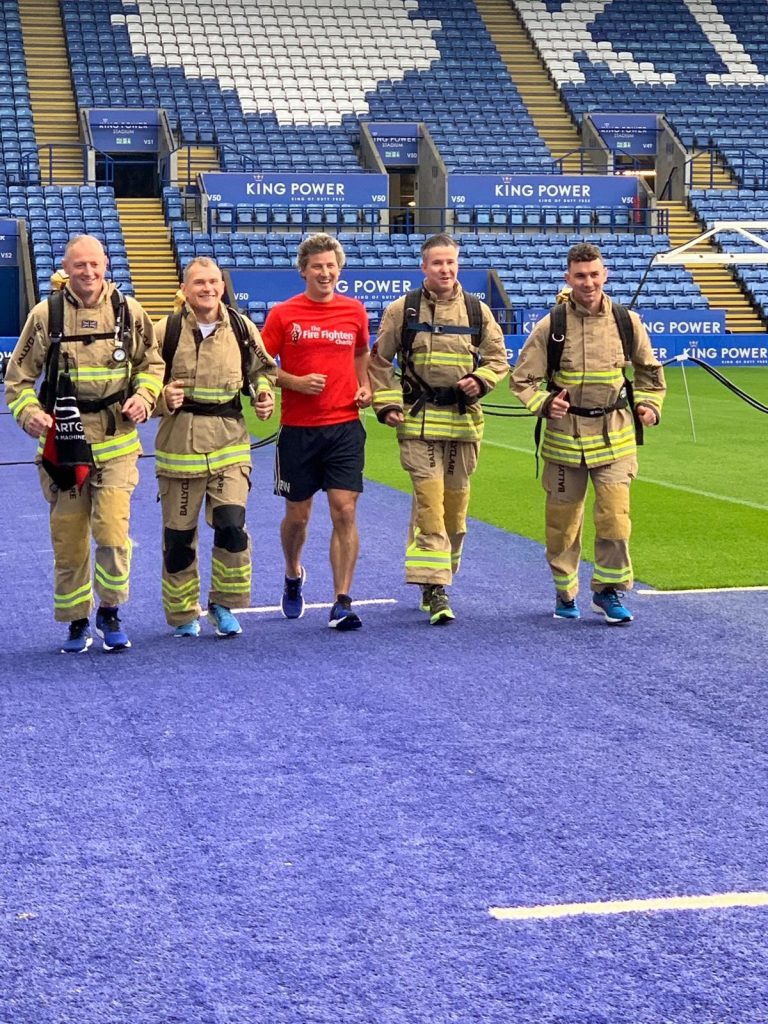 “We approached Leicester City, asking if they’d be willing to let us run laps of the pitch and after a few days we were given the green light,” says firefighter Joe Robinson. “Cheered on by our friends and family, we ran 52 laps in two hours and 18 minutes, which we were pleased with, even if we were numb from the waist down by the end of it!”

Joe was joined by Dave Tennant, Nick Lack and Jamie Gear, as well as Crew Manager Russell Watling as their support runner. They spent 12 weeks training, but he says the heat and sweat inside the uniforms made it a ‘real challenge’.

Not all heroes wear capes🔥❤️

“It did get a little monotonous, but every time we went past our friends and families at the start of each lap, they gave us a huge cheer, which really helped. We all dug in and helped each other out. It’s quite a strange thing to be running around a nearly empty stadium, plus at the back of our minds there was the thought that we were going round the spot where the helicopter took off from, and we were close to where it came down not long after.”

“It’s quite a strange thing to be running around a nearly empty stadium, plus at the back of our minds there was the thought that we were going round the spot where the helicopter took off from, and we were close to where it came down not long after.”

Joe says he was surprised how much this particular incident affected his mental wellbeing: “I’d always thought I was quite desensitised to incidents, but this one did get under my skin because of all the coverage, and I found I needed to talk about it. We had a session with the TRiM (Trauma Risk Management) team to discuss things, and that really helped, just being able to chat it through with my watch and check each other was okay.”

While Joe hasn’t been supported by The Fire Fighters Charity himself, he says he knows all too well the work being done to support his peers and colleagues, also volunteering as a Station Rep for the Charity.

Joe is ‘over the moon’ with how much support the team has received, with fundraising totals doubling their targets already. With more sponsorship coming in, they’ve raised over £4,000 to be split between the two charities, as well as appearing in local press and media. 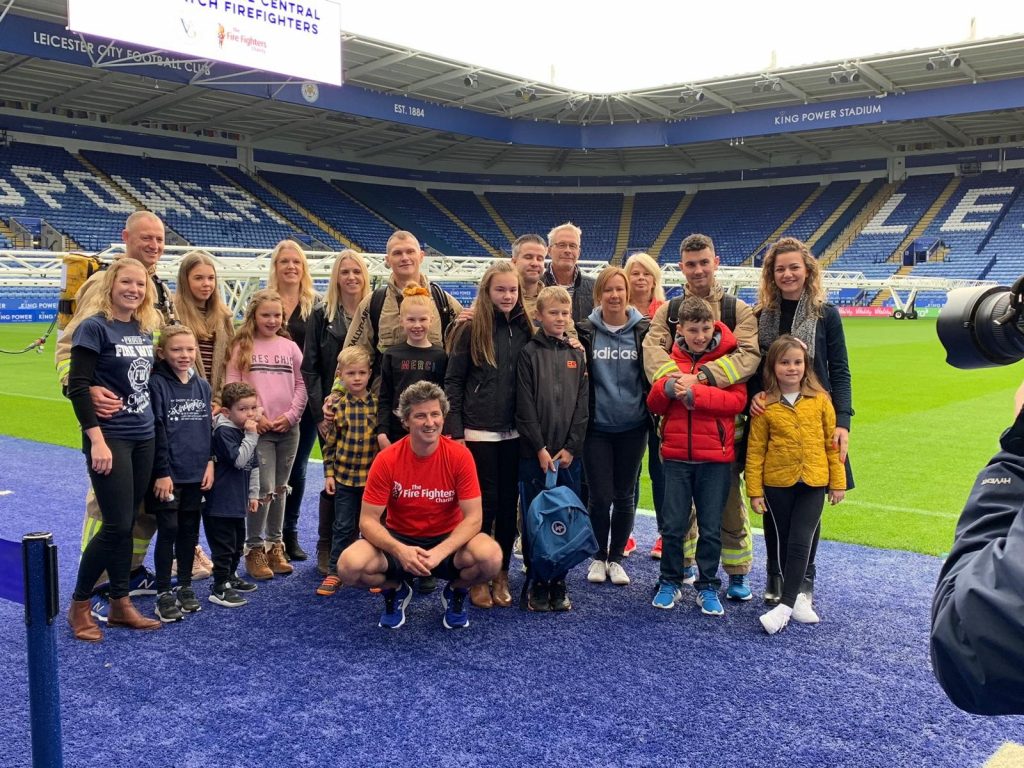 If you’d like to donate to the team’s fundraising, you can contribute to The Fire Fighters Charity total here, or The Vichai Foundation here.