Priestwood Vale FC Club President, Nathan Saleh said; “When we were setting up our club [which was only formed in May this year] we felt it was very important to make the local authority aware of our plans and visions. We want to be a club with strong community links. So, what better way to do that than to get in touch with Priestwood’s local councillors?”

The Fire Fighters Charity’s National Car Wash League, sponsored by Autoglym, takes place twice a year and sees fire stations across the UK battling it out to be crowned national champions. Crews compete against each other to wash as many cars as possible and raise as much money as they can for the Charity. Last year the public helped to raise a staggering £269,000 by taking their cars along to participating stations.

“I am hugely proud to say The Fire Fighters Charity is my charity for the Mayoral year.” Mayor Cllr Tina McKenzie-Boyle

Nathan continued; “Of course it is lovely to have contacts within the local authority set up but we also saw it as an opportunity to give something back by way of a token of appreciation for Tina’s support in recent times.”

Bracknell Mayor Tina McKenzie-Boyle rolled up her sleeves and joined in the fun helping to raise more than £900 for The Fire Fighters Charity, her chosen charity of the year.

Cllr McKenzie-Boyle, who has a close affinity with the fire service as her father has had a career in the service, will also be jumping out of a plane in April next year to raise further funds for the charity. 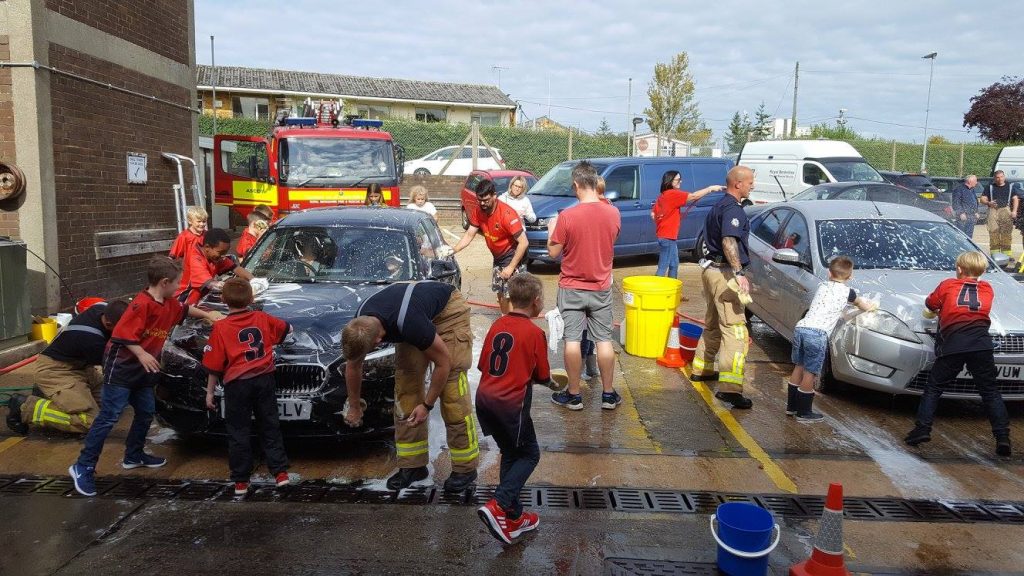 She said; “Thanks Red Watch at Bracknell Fire station for the Saturday Car Wash. It was wet but great fun and a huge sum of money was raised for The Fire Fighters Charity. We have the most generous residents who were stopping and dropping £5 and £10 notes from their car windows.

“I am immensely proud to be Mayor of Bracknell Forest and hugely proud to be able to say The Fire Fighters Charity is my charity for the Mayoral year.”

Nathan added; “It is important that those saving lives have somebody there for them too. We think it is a fantastic cause and we will be proud to be associated with The Fire Fighters Charity and Tina. Hopefully we can raise a bit of awareness for them locally and through our social media platforms.”

All you need to know about holding your own event